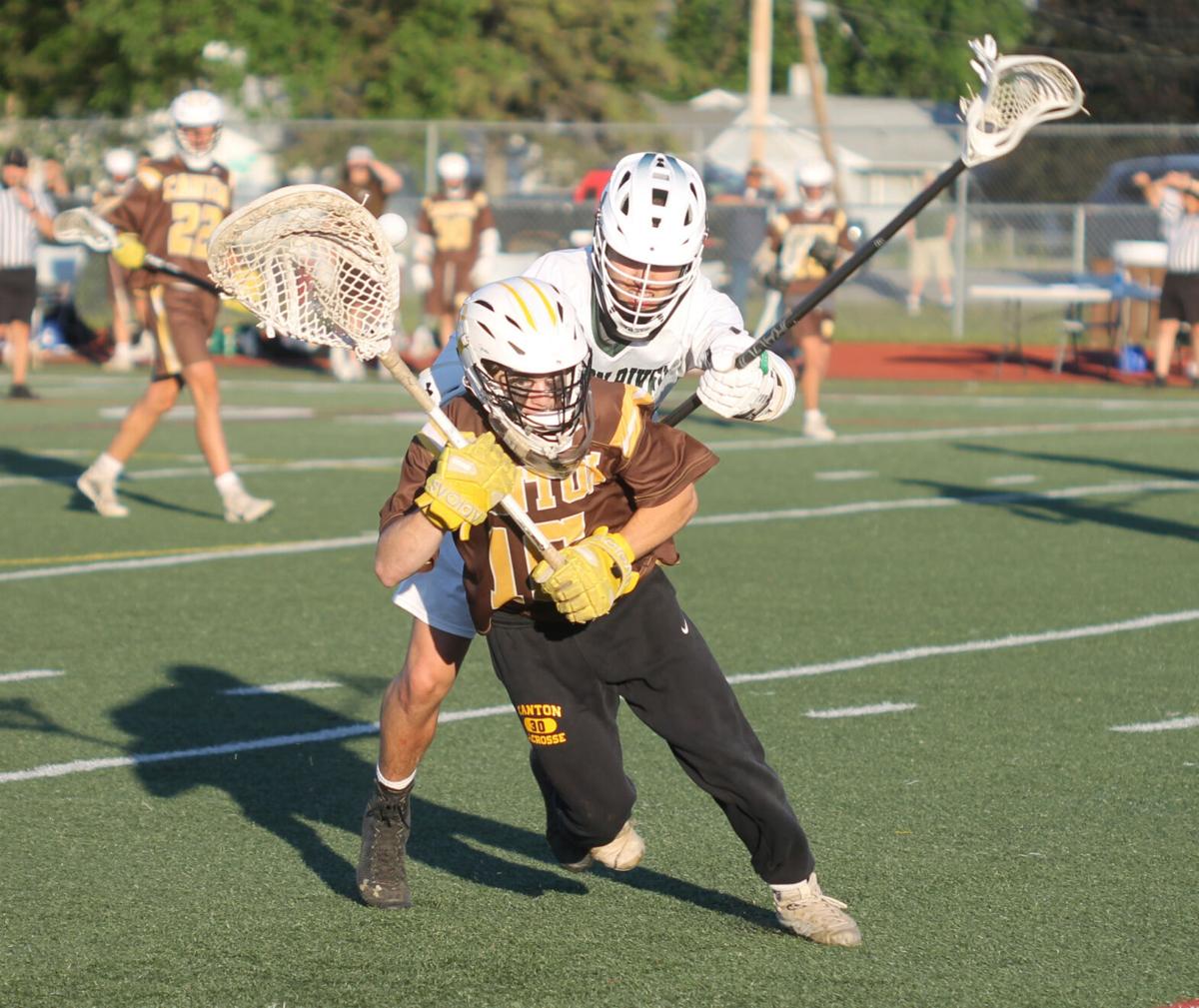 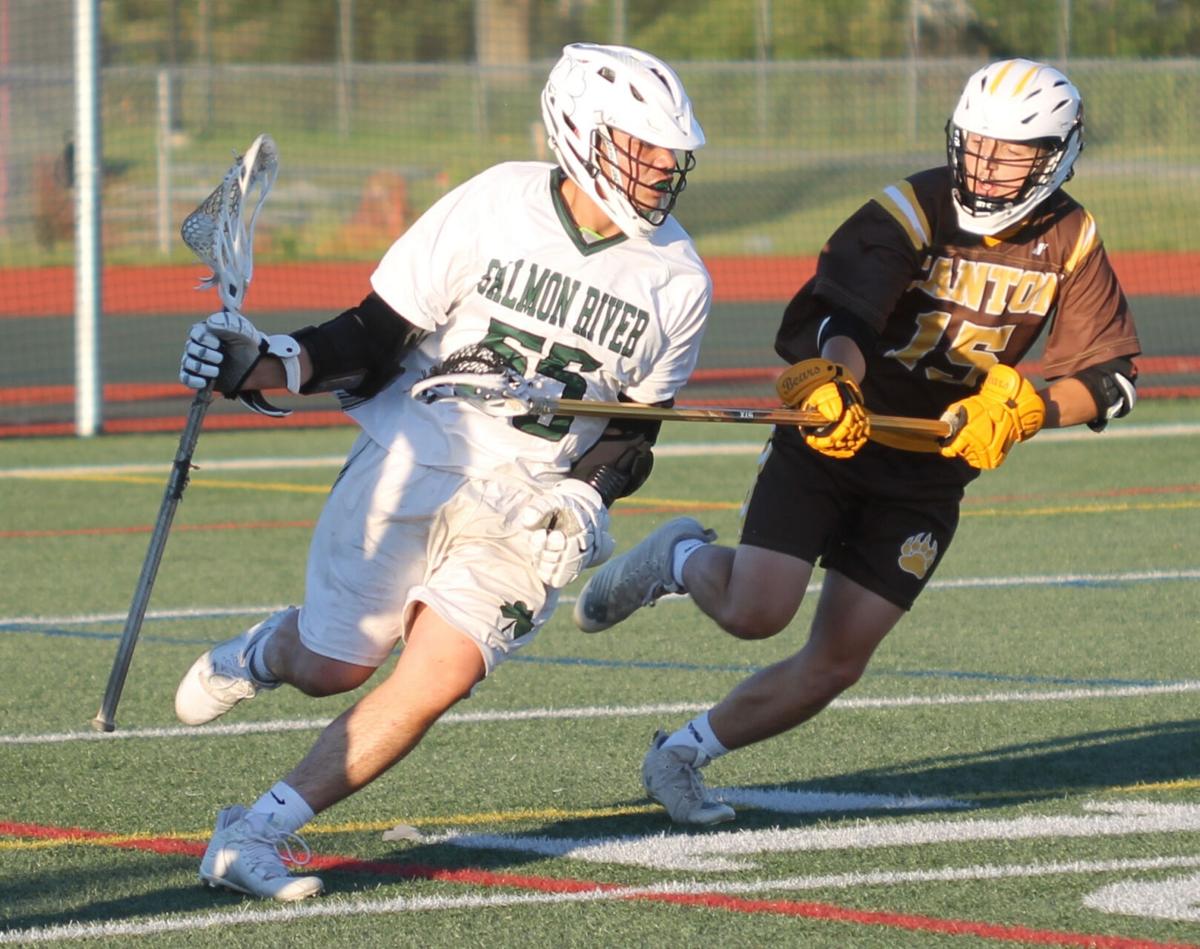 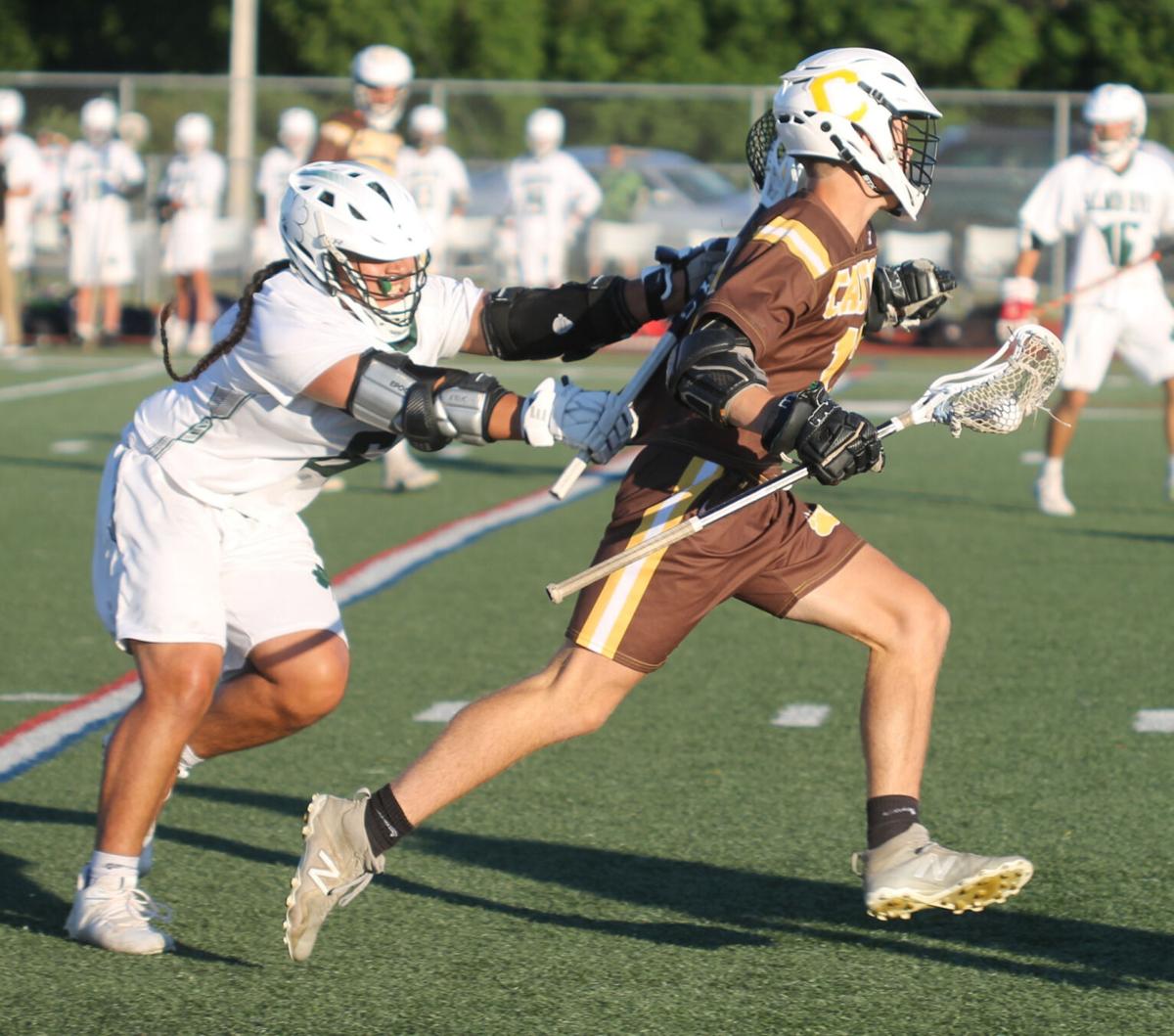 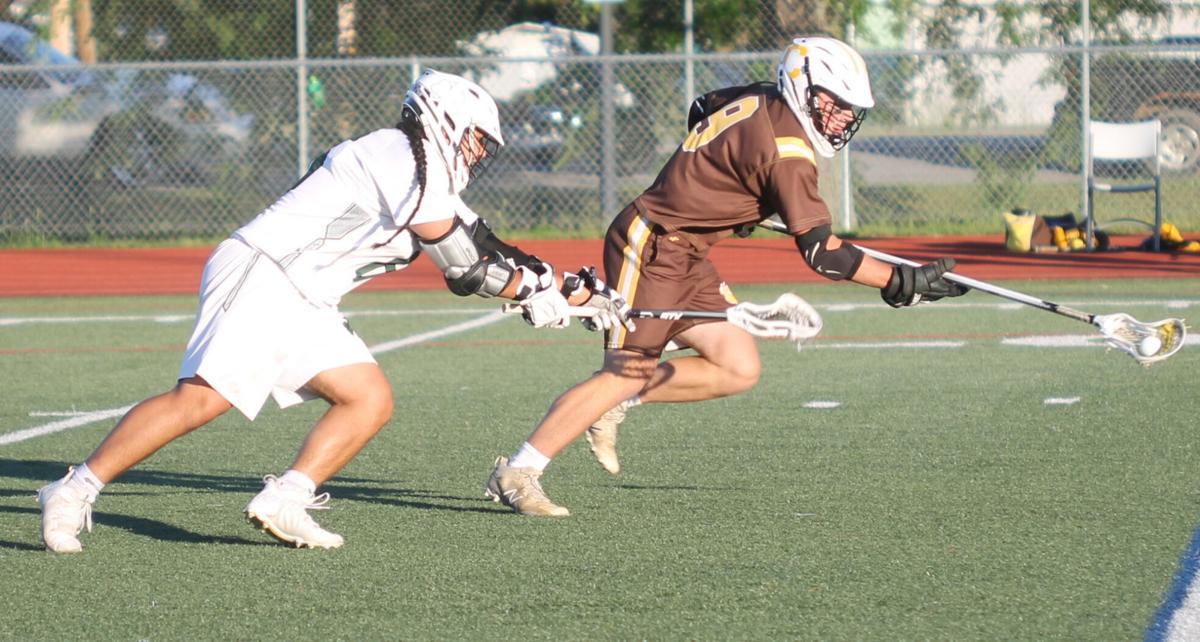 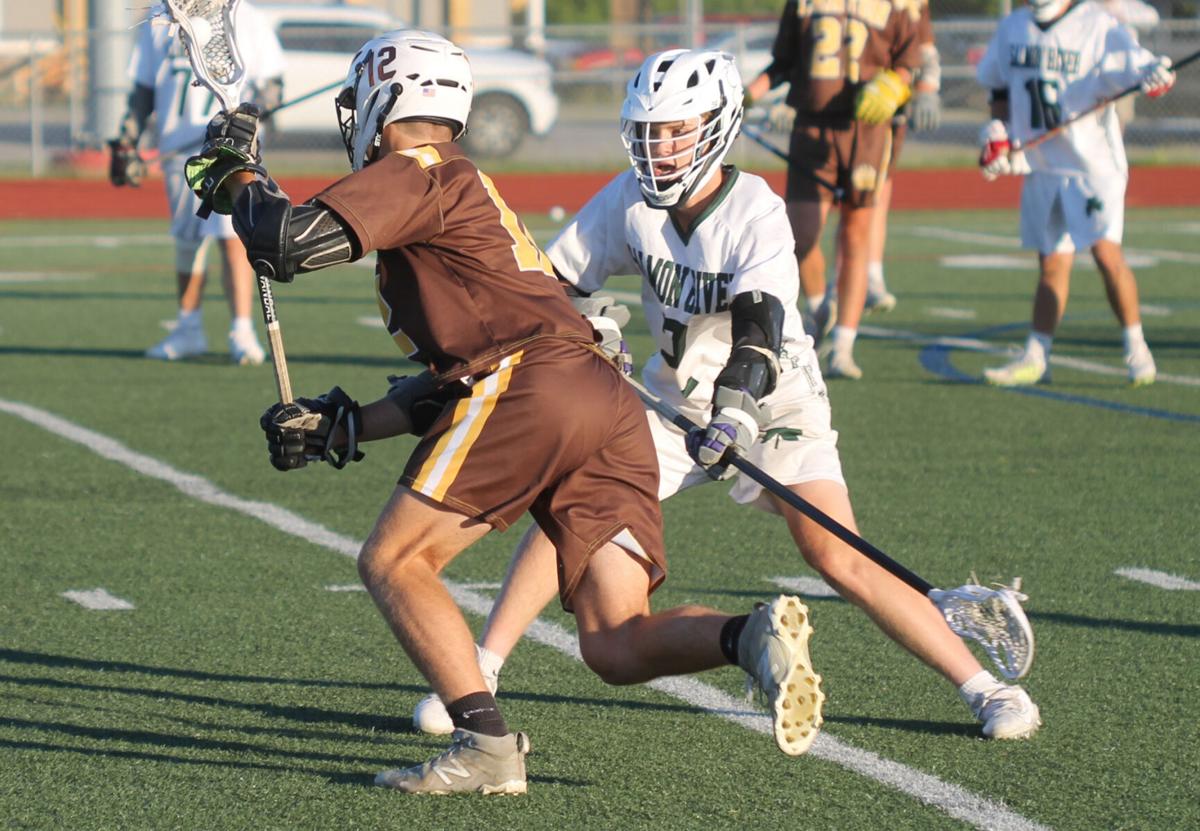 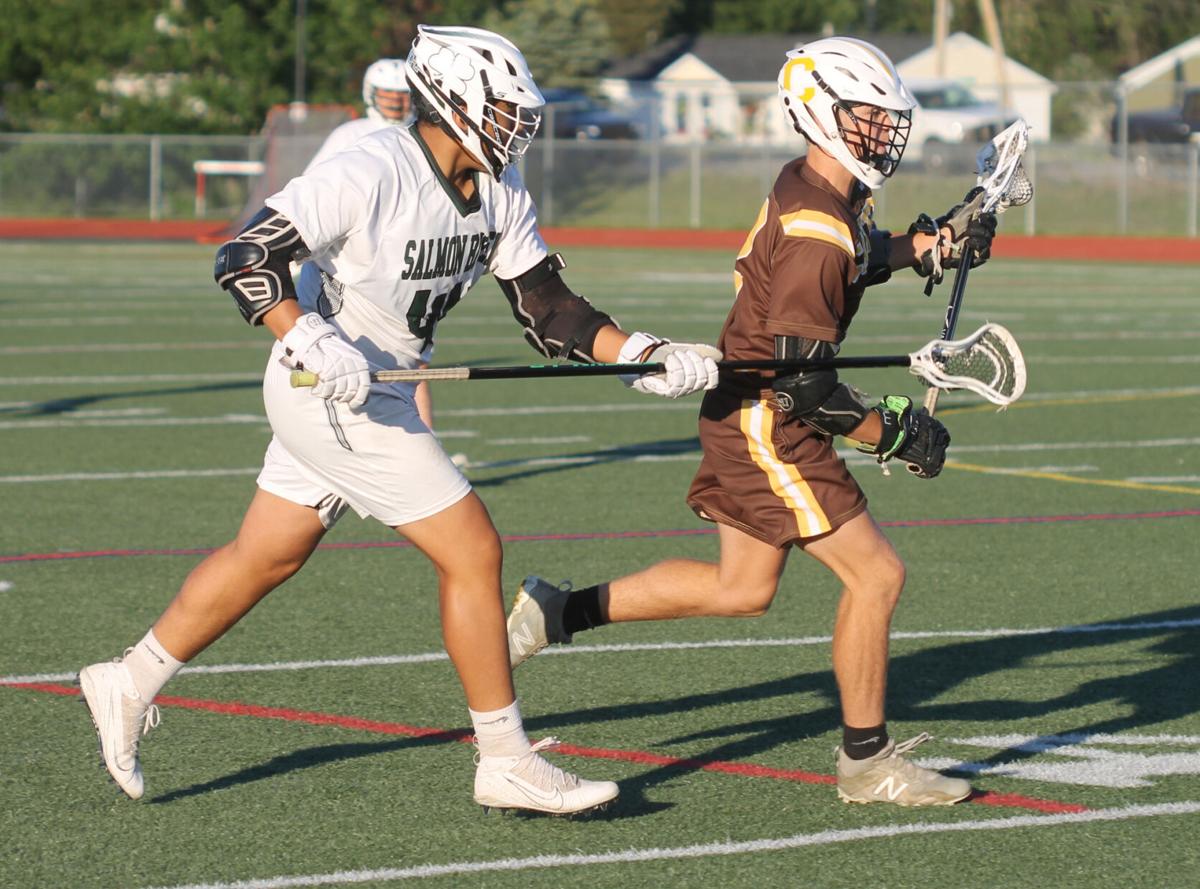 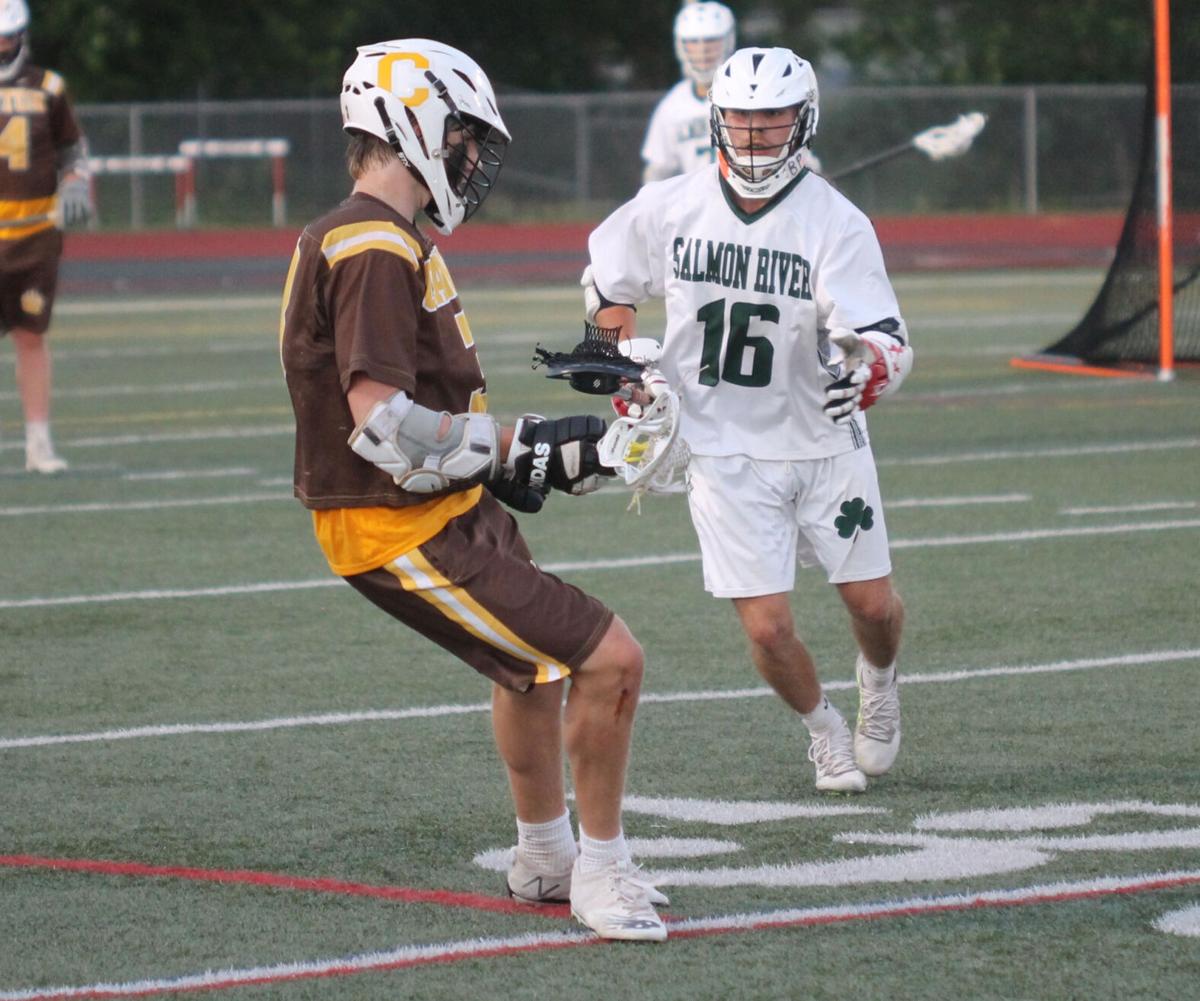 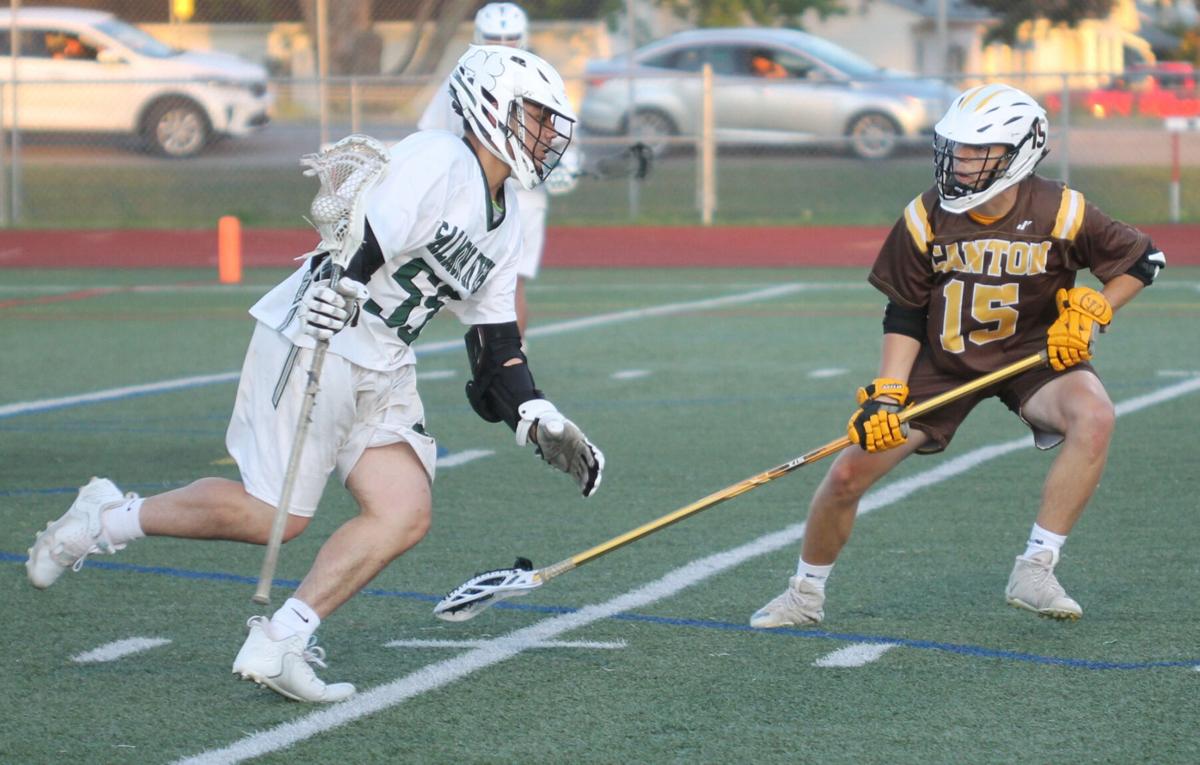 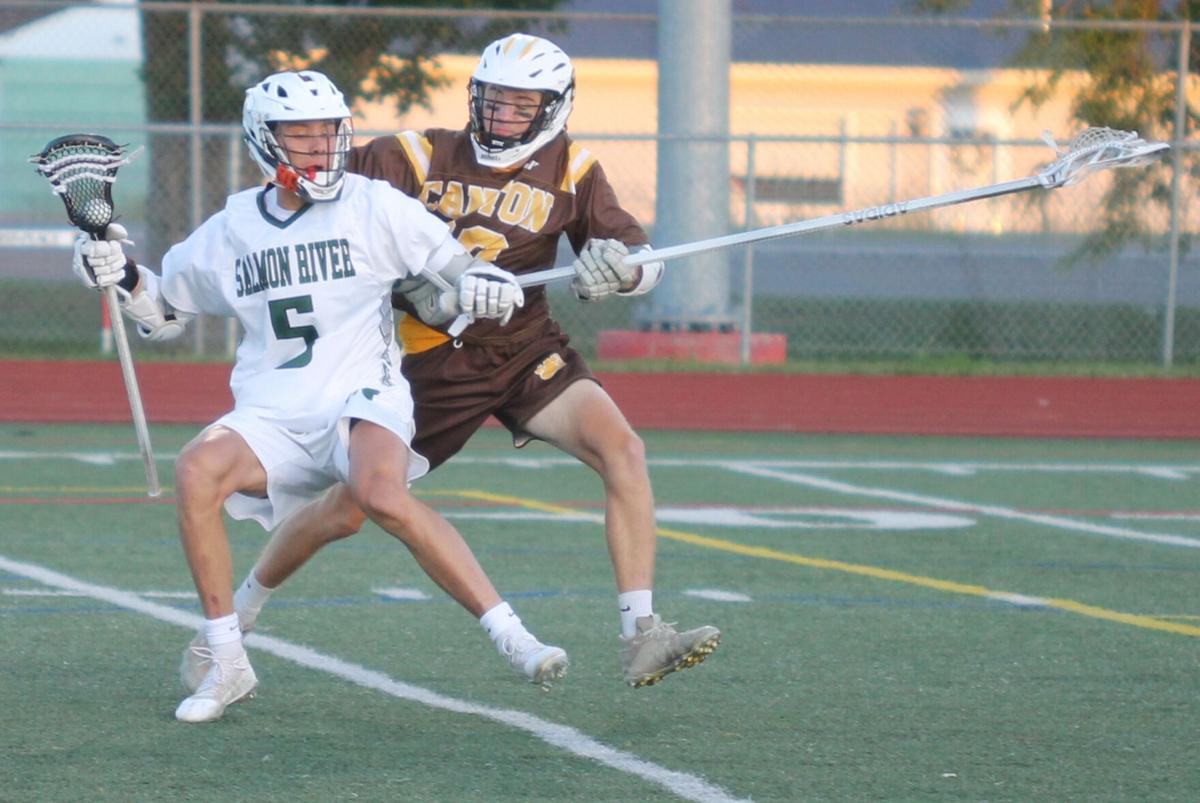 “One-hundred percent, that game was a turning point for us,” said coach Jeffrey Meyers after the Golden Bears avenged their only NAC loss with a relentless physical 7-5 win over the defending champion Shamrocks in the 2021 Section 10 Championship game at Mike Nicholas Field. “The players changed the way they approached practices and games. They changed their work ethic and they really bought into what we were coaching.”

“This is a great group of kids. They’ve been great to work with right from the start,” added Meyers, who closed out his first season as head coach of the Canton laxmen in championship fashion. “I’m loving it right now. I wouldn’t have wanted anything else from my first year.”

In Thursday night’s win over Salmon River (12-3), the Golden Bears trailed 3-1 midway through the second quarter after Ryan Oakes, Jr. connected for the first of his two goals. Canton (14-2)closed out the first half with goals by Mike Schwartfigure and Colin Taylor to go into halftime knotted at 3-3 then took control with a late scoring burst in the third quarter where the shutout the Shamrocks 3-0 to go into the fourth leading 6-4.

Kahentaienni Thompson ended a Salmon River scoring drought that spanned nearly 22 minutes when he struck for his second of the game with 8:32 remaining in regulation but Nolan Bombard restored the three-goal lead four minutes later before Stone Chubb closed out the scoring with 16 seconds remaining.

“Give Canton credit. They came ready to play tonight,” said Shamrocks’ coach Jim Barnes. “We had our opportunities but didn’t capitalize. We made mental mistakes and we started taking penalties in the second second half. Those aren’t the kinds of things you can afford to do against a team like Canton.”

“Our kids fought hard though,” he added. “This wasn’t the way that we wanted to see the season end but it was exciting to be back playing again after losing out on last season.”

After trading failed possessions through the first seven minutes, Canton broke through for the opening goal when Aiden Hoose, a Colton-Pierrepont senior, converted for a power play goal off an assist from junior Daniel Mahoney with 4:43 left in the first quarter. Chubb tied the game less than a minute later with an unassisted strike and Thompson gave the Shamrocks their first lead with 38 seconds left off an assist from Oakes.

Having tied the game with two straight goals to end the second quarter, the Golden Bears continued their turnaround late in the third where they produced three more goals over a two-minute stretch. Bombard sparked the decisive run when he scored from Mahoney with 2:35 left. Mahoney then converted on a pass from Hoose with 1:11 remaining before Hoose, who finished with two goals and three assists, pushed the lead to 6-3 with 35 seconds left off an assist from Bessette.

Todd finished with seven saves, including an incredible kick save on a breakaway attempt from close range by Oakes in the fourth quarter. Sakaronhiotane Thompson made nine of of his 11 saves in the first half working the crease for the Shamrocks.

“Both teams worked hard. Both goaltenders played great. It was a great game,” noted Barnes. “I just felt great to be back.”