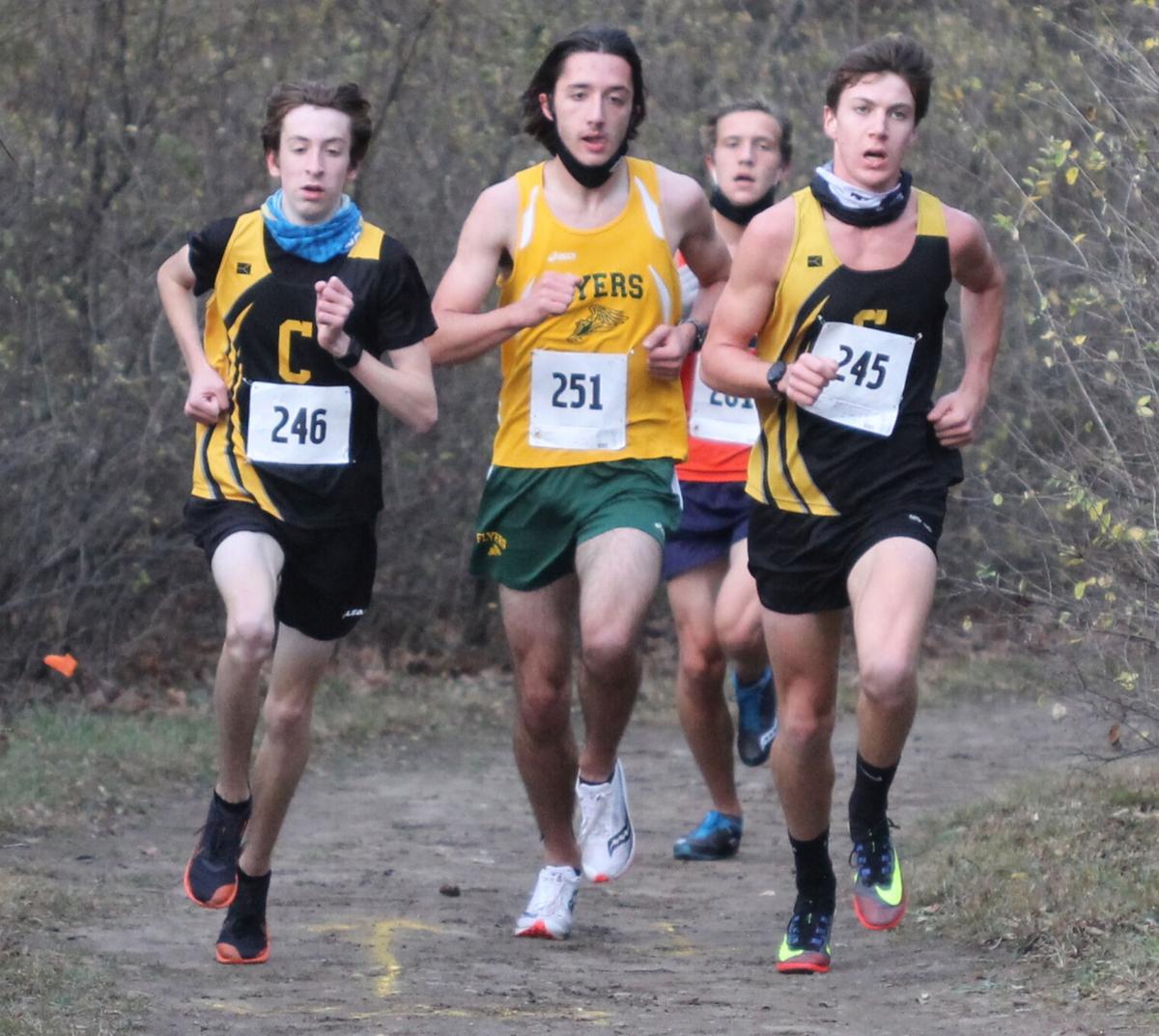 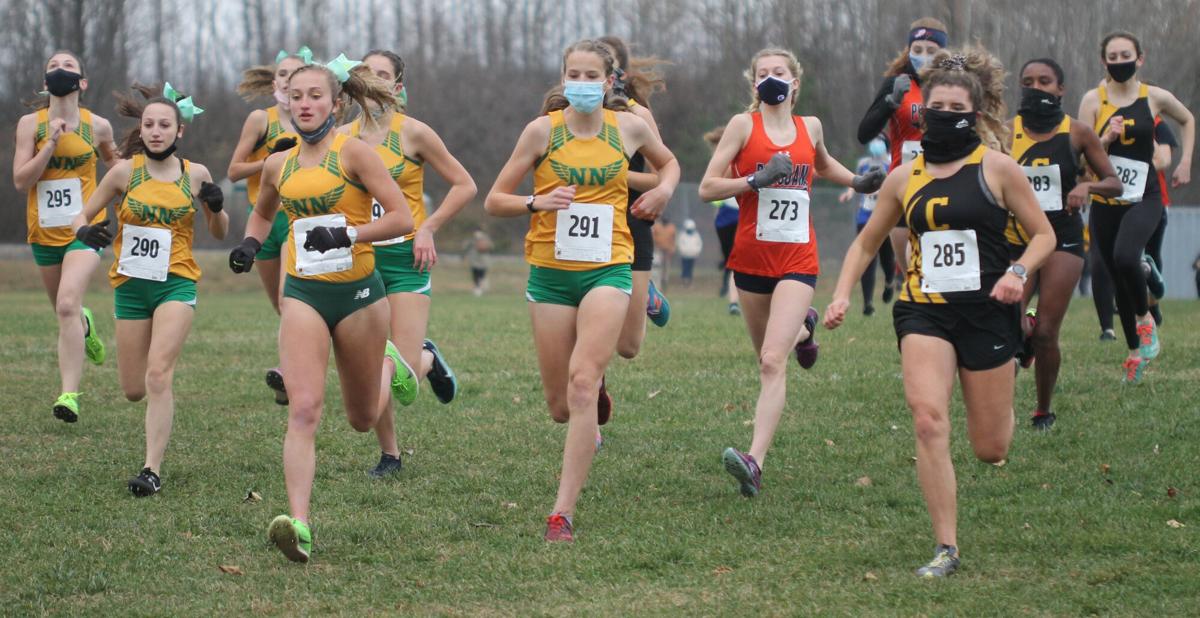 The field of 20 competitors heads out for the start of the girls race at Friday’s Section 10-COVID Invitational cross country meet in Norfolk. Alain St. Pierre/CO 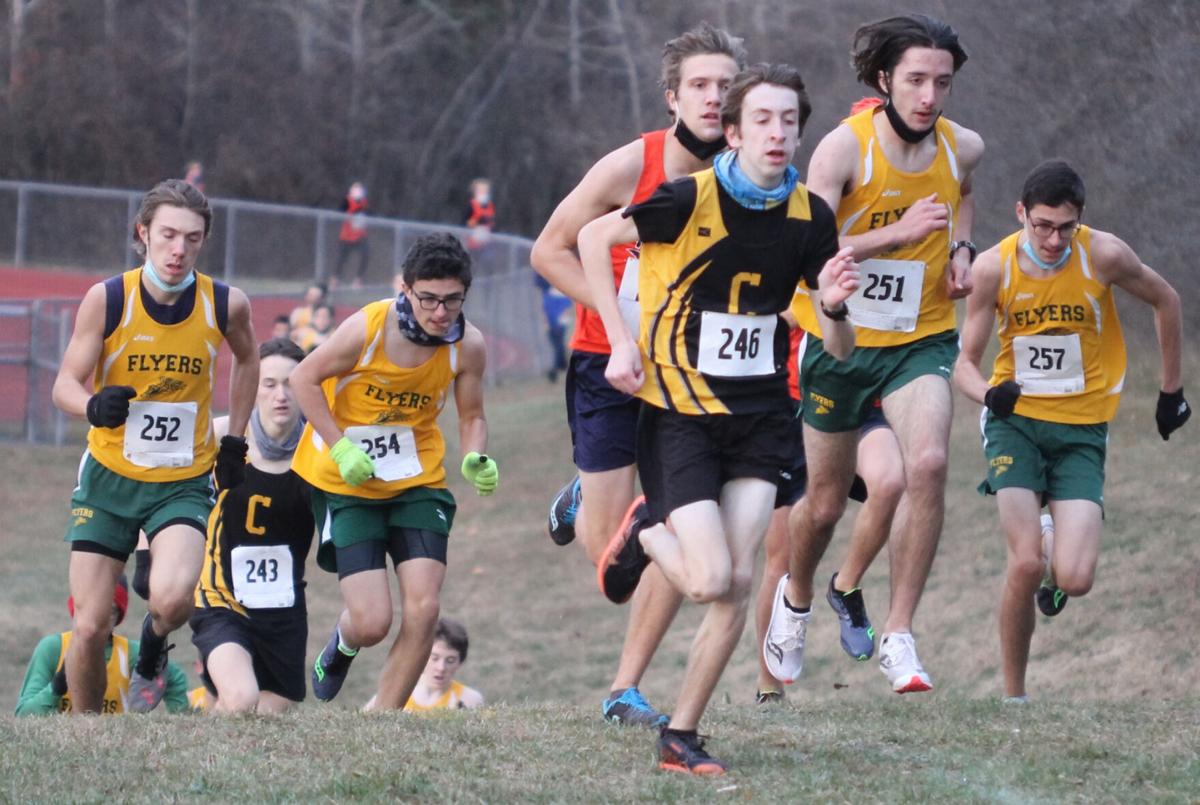 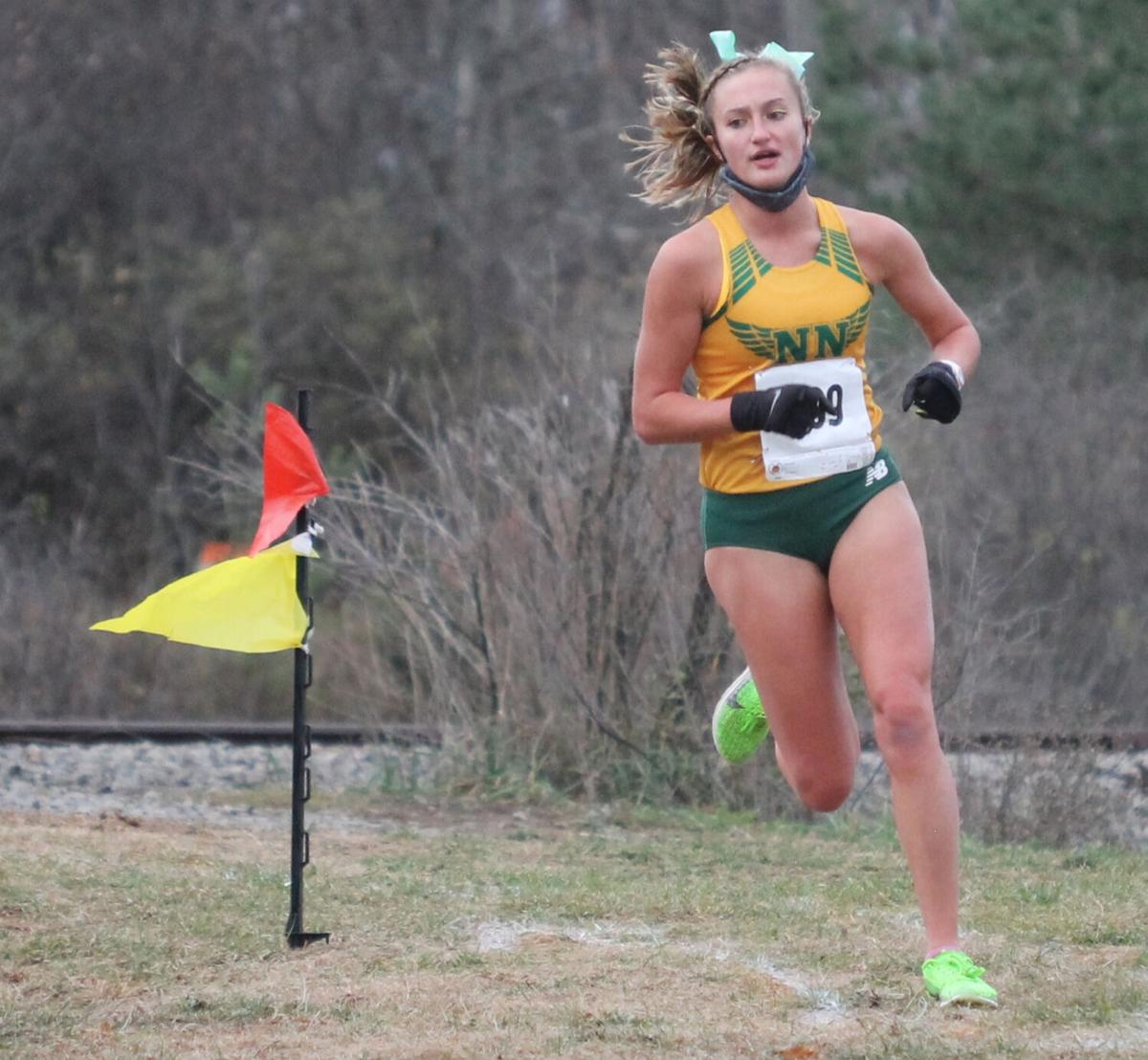 The field of 20 competitors heads out for the start of the girls race at Friday’s Section 10-COVID Invitational cross country meet in Norfolk. Alain St. Pierre/CO

But for individual race leaders Nick Lyndaker of Canton and Maddie Dinneen of Norwood-Norfolk, the compromise meet had a special significance just the same.

“I loved it,” said Lyndaker, a junior who entered what was billed as the Section 10 COVID Invitational, as the reigning sectional champion. “I’ve been running in meets against just one team all season so it was great to be able to go against other runners and this was a good field.”

“As a team, we’ve been running every single meet like it was going to be our last,” he added. “With everything that been going on, this was definitely a good way to end our season.”

Cross country was the only fall sport in the section that was originally scheduled to hold any sort of postseason championship, but plans to hold a combined interdivisional-sectional meet fell through earlier this week when host school Malone announced it would be switching to remote learning for all classes due to concerns with rising numbers of the coronavirus in Franklin County.

The field of teams had already been reduced by one after Gouverneur was forced to shut down its sports seasons and go to remote learning midway through the season. This past weekend, the other three Franklin County schools fielding cross country teams — Brushton-Moira, Salmon River and Tupper Lake — along with Ogdensburg Free Academy announced they would be suspending their seasons.

Section 10 officials then decided to hold a meet for the remaining five schools at the William J. Stone Course at Norwood-Norfolk on Tuesday. The field was supposed to include the host Flyers along with Canton, Clifton-Fine, Massena and Potsdam. With Massena going remote starting Friday, there were only four teams left by the time the girls race hit the starting line.

“Honestly, this win means a lot to me,” said Dinneen, a junior who entered Friday as two-time interdivisional and sectional champion. “Just to be able have one more meet and to run here on our home course, I’m just very grateful.

“Because of COVID, we lost spring track and that made me realize that I needed to do something to stay in shape. I did a lot of running on my own,” she added.

In the boys race, the top six runners were separated by less than a minute as Lyndaker set the pace with a winning time of 17:36. He was followed by classmate Max Finley in 17:49 and Potsdam senior Skye Crocker in 18:02.

Despite the one-two finish by the Golden Bears, who dropped a one-point decision to the Flyers in their NAC regular-season meet, it wasn’t enough to overcome a gold and green wave of N-N runners that took five of the next seven places en route to squeezing out a 36-37 win.

Senior Owen Haas and teammate Dominic Fiacco placed fourth and fifth with respective times of 18:05 and 18:10. Finnegan Dean ran sixth overall in 18:34 for Potsdam, which finished third in the team standings with 73 points, while Sean Shannon was the next-leading finisher for Canton, placing seventh in 18:38.

The duo of Dinneen and teammate Sharon Colbert set the pace for the girls race and never let up in posting a one-two finish as the Flyers outscored Canton, 18-41, in claiming team honors. Dinneen finished in 19:22 and Colbert in 19:46 before Potsdam sophomore Isabella Shatraw placed third in 20:32.

Aaron Woodcock, Wyatt Sullivan and Jarred Young all scored one goal with one assist for the Green Rockets (5-5 overall and division).

Kade Marshall made five saves to shut out the Red Devils (0-8).

Emma Wells produced three goals for the Flyers (3-6-2) in a West Division win over Hermon-DeKalb at Norfolk.

Alyvia Crosby finished with five saves as the Red Devils beat Morristown (3-7-2) in a West Division game at Hammond.

Avery Kenyon scored one goal and assisted on a goal from Hailee Manning to lead Hammond (9-0).