Sophia Bobb charges toward a win in the butterfly against Potsdam. Dave Shea/The Journal 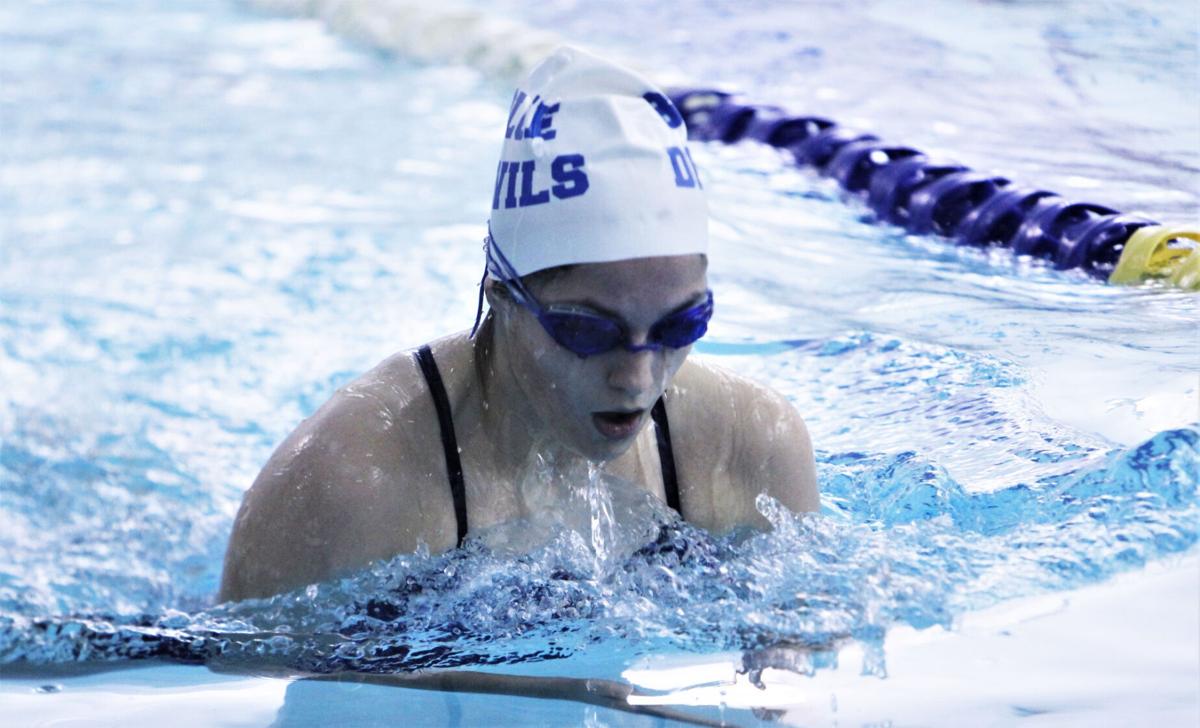 Sophia Bobb charges toward a win in the butterfly against Potsdam. Dave Shea/The Journal

Since the first day of practice OFA Girls Swimming Coach Andee West has impressed upon her Blue Devils that the season would be predicated on attaining personal and team goals by pushing themselves in practice.

The Devils enjoyed the results the work ethic on Thursday as they finished at 4-4-1 with a 102-66 win over Potsdam.

The swimming season will climax on Nov.7 with the Section 10 Championships.

“I let the girls pick an event they would like to try today, we had a lot of good times. The girls swam well” said Coach West.

The big scoring night was highlighted by one-two finishes from Katherine Barkley and Taylor Dashnaw in the 200 individual medley, Hannah Powers and Bailey Friot in the 500 freestyle and in the 200 freestyle relay where Myah Myers, Taylor Dashnaw, Hannah Powers and Katherine Barkley placed first and Grace Shea, Sophia Bobb, Kiera Duprey and Bailey Friot in second.

Myers and Potsdam triple medalist Sina Lufkin staged the race of the day in the 50 freestyle where Lufkin prevailed (27.31-27.46) by a touch at the finish. Lufkin also led the 100 breaststroke and swam on the winning 400 freestyle relay team.

Other individual second places by OFA were turned in by: Grace Shea in the 100 breaststroke and Taylor Dashnaw in the 100 backstroke behind Potsdam’s Stephanie Andreescu.