OFA goalie Olivia Merrill pushed the ball away from the net with a diving save in Saturday’s game. Dave Shea/The Journal. 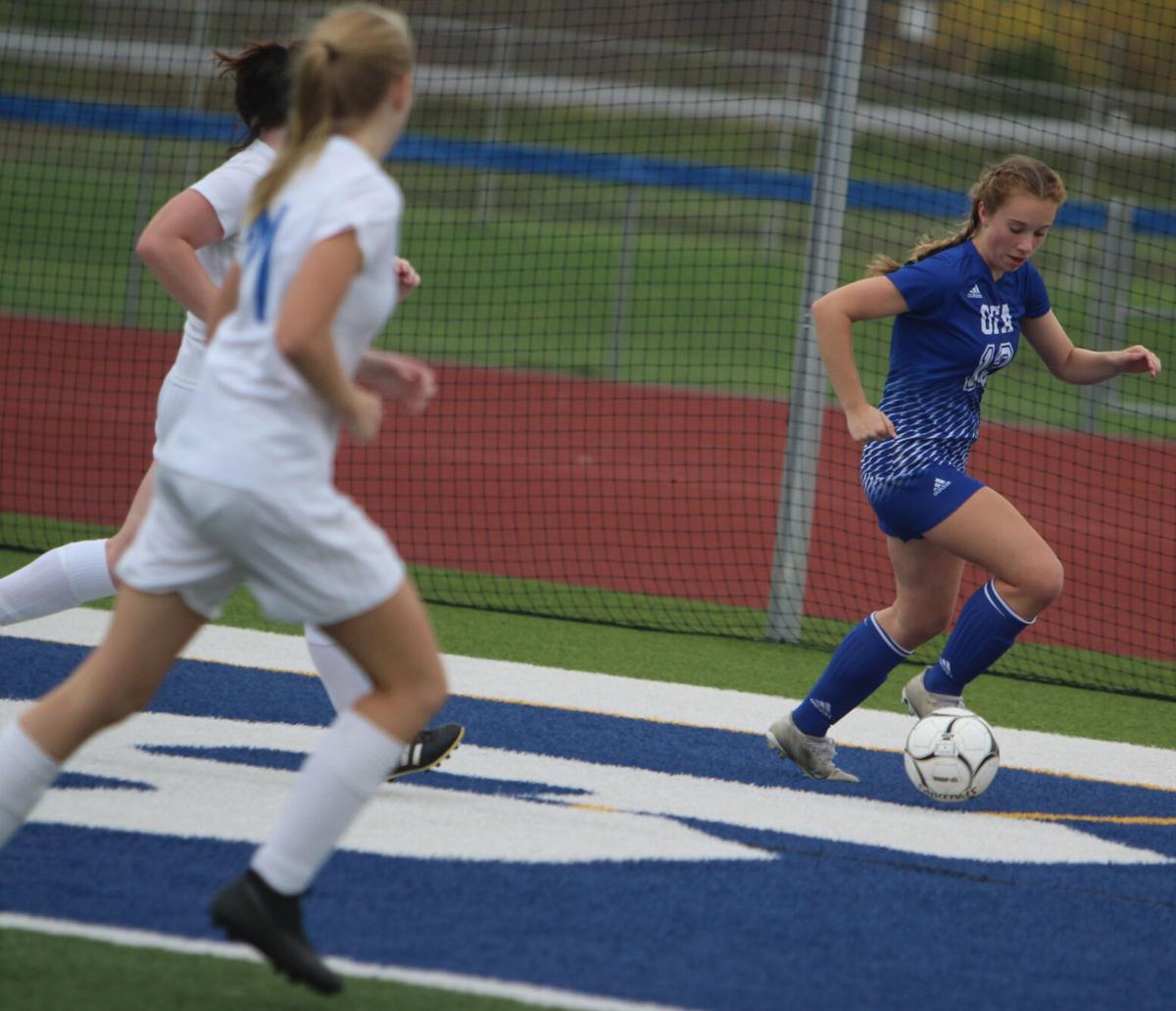 OFA’s Cadence Payne carries the ball away from goal while being pressured by two Gouverneur attackers in Saturday’s game. Dave Shea/The Journal

OFA goalie Olivia Merrill pushed the ball away from the net with a diving save in Saturday’s game. Dave Shea/The Journal.

OFA’s Cadence Payne carries the ball away from goal while being pressured by two Gouverneur attackers in Saturday’s game. Dave Shea/The Journal

Forced into a defensive mode, the OFA made the most of the situation playing second place Gouverneur to a 0-0 tie in NAC Central Division Girls Soccer action on a rainy Saturday on the Blue Devils’ turf. The Wildcats generated a potentially overwhelming 41-6 shots at goal advantage but the Devils’ defense, anchored by Olivia Merrill’s 25 saves with game saving diving stops late in regulation and in the first overtime.

“We had three of our better offensive players out today and we just couldn’t generate much offense. So we had to play defensively. The girls did a great job, they worked hard and Olivia Merrill had another great day in goal. They had a ton of shots but we didn’t give up many clear shots” said OFA Coach Dakota Brady after his team tied Gouverneur two days after playing Canton to a 1-1.

“Three JV players came up and helped us. Madison Miller, Delia Hooper and Emma Wagers all played well. Gouverneur is a very good team and their number 11 Tori Salisbury is an outstanding player.”

Salisbury took 12 shots and distributed the ball fluidly for Gouverneur which stands second in the Central Division behind undefeated champion Massena with a 9-2-2 record. After back to back ties OFA holds as 5-4-3 mark. The Wildcats presently hold the number one Class B seed for the Section 10 Tournament and OFA stands third behind Canton.

“The girls have had a good year. We have beaten or tied all of the other Class B teams.” said Coach Brady.