E-K goalie Sophia Vachez covers the ball while being pressured by a host of Morristown attackers. Dave Shea/The Journal 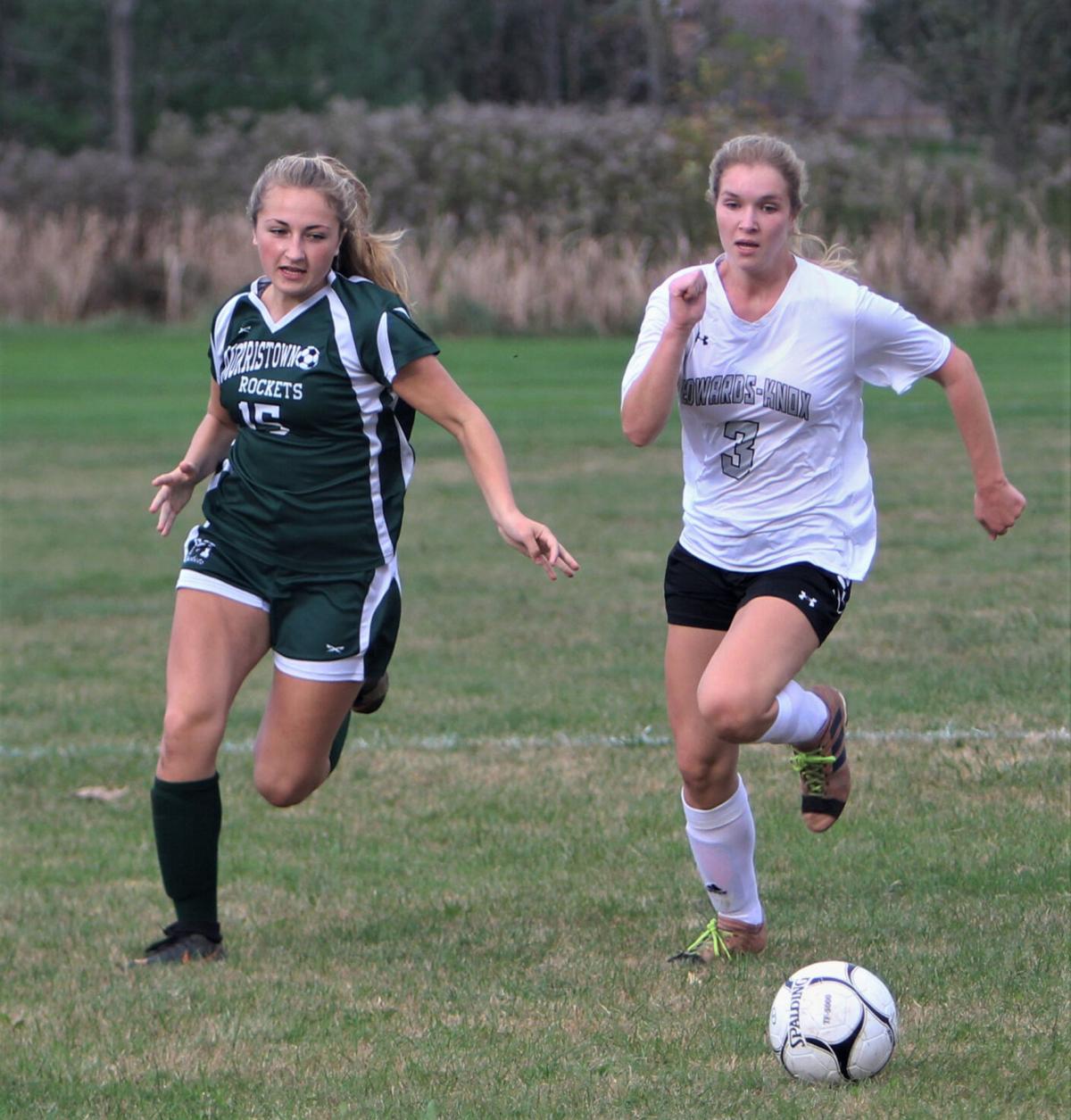 E-K goalie Sophia Vachez covers the ball while being pressured by a host of Morristown attackers. Dave Shea/The Journal

Hammond blanked Hermon-DeKalb 3-0 and Morristown and Edwards-Knox played to a 0-0 tie in the NAC West Girls Soccer action on Wednesday.

“EK made it a battle tonight. We had quite a few scoring opportunities, we just couldnt finish. EK has some speedy girls on the team that were constantly putting pressure on the girls,” said Coach Thornhill.

“With having 8 seniors this year, it helps when they have been playing together since they have been little. I thought every senior played well tonight and the few younger girls that we do have, have some big shoes to fill. Going into playoffs, it’s going to be tough as every team wants to win. As long as we play our game and stay focused, we should be right there with all the other teams.”

Hammond 3 - H-D 0: The Red Devils scored a pair of goals six minutes apart in th first half to finish the NAC West season at 8-4 and won their last four games.

Defenders were involved in the first goal as Hannah Belknap scored from Zoey Cunningham and Ava Howie and Howie picked up a second assisting setting up Landree Kenyon for a 2-0 halftime lead.