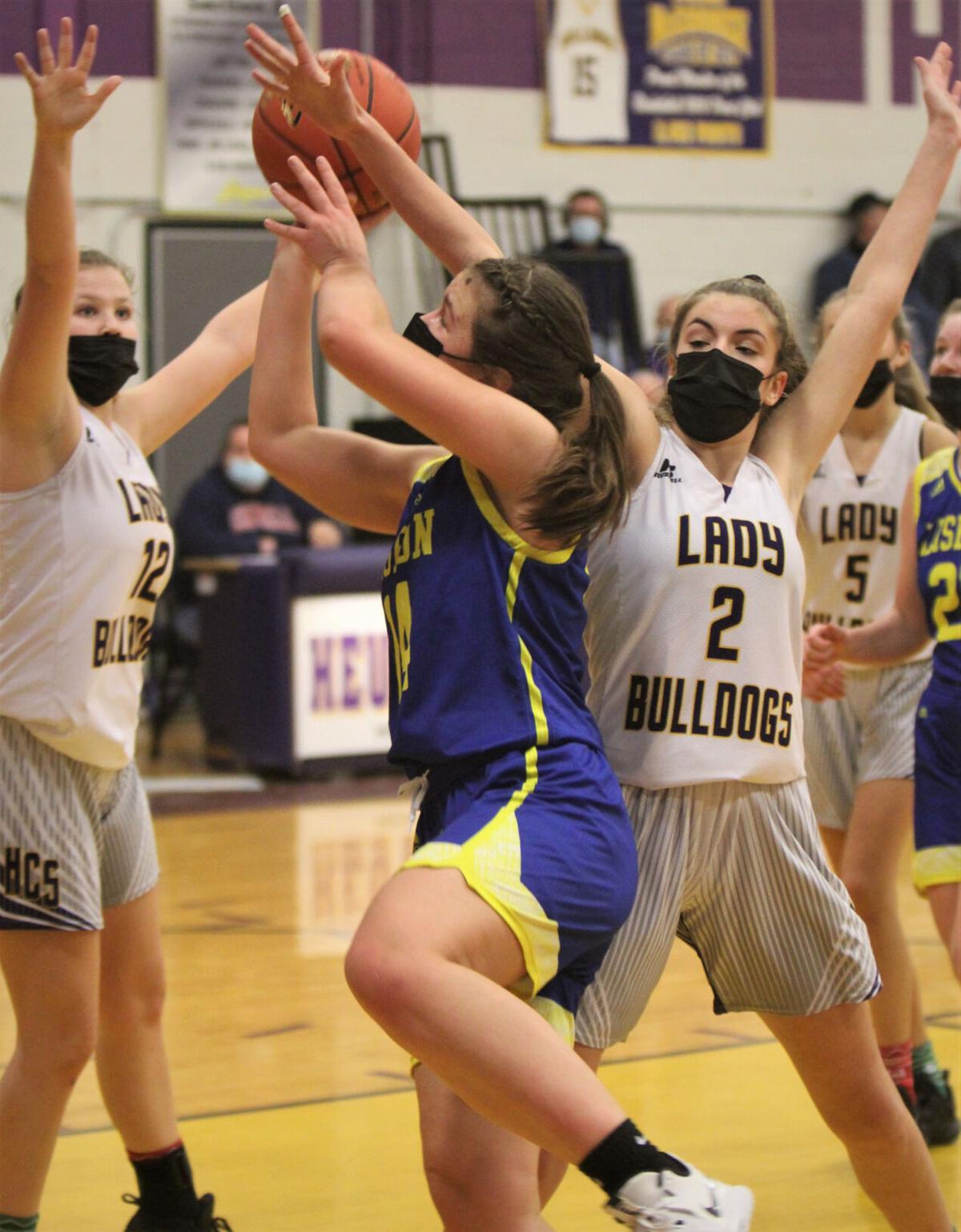 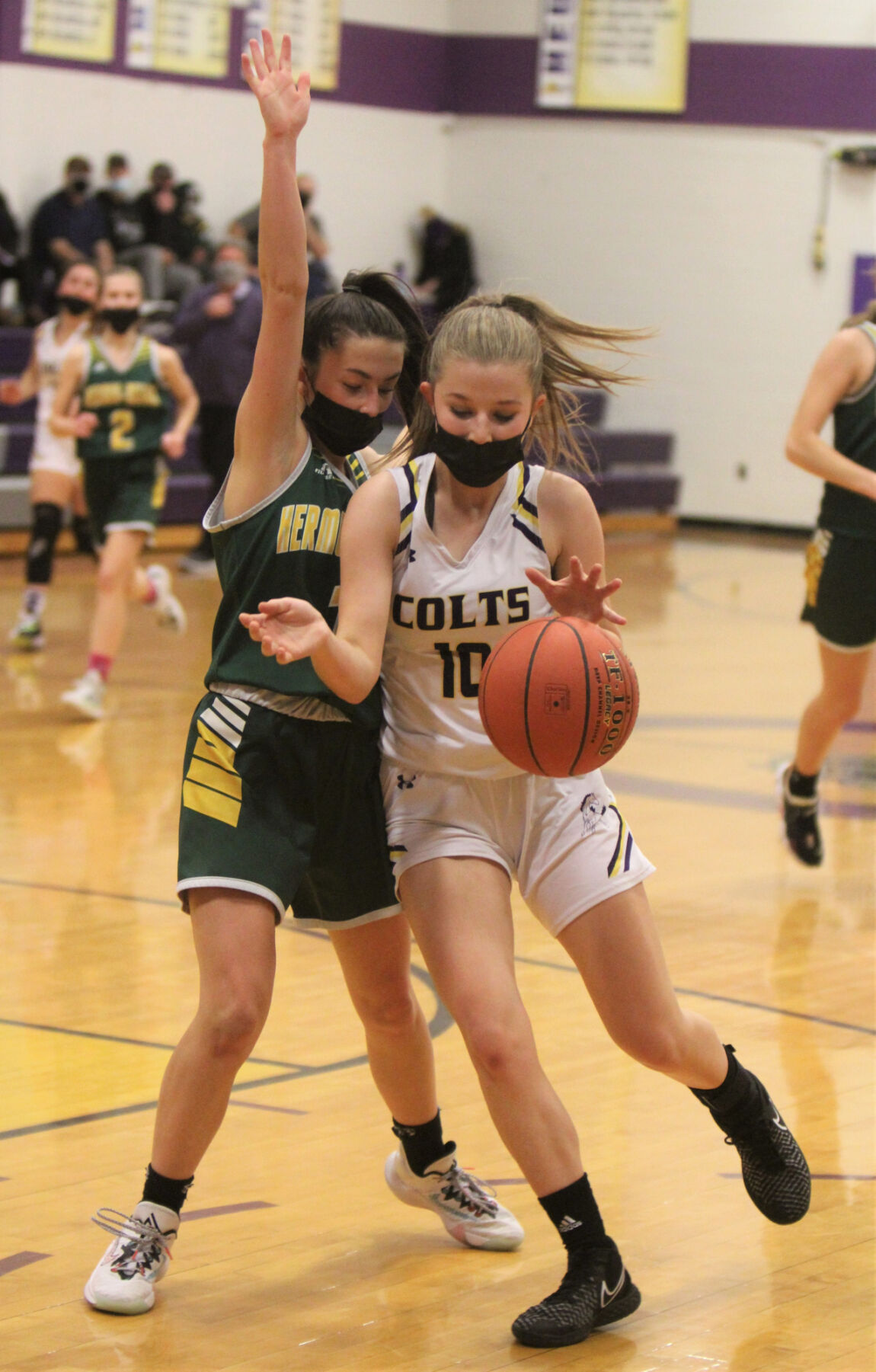 HEUVELTON — An extended pressure defense led to sustained scoring bursts as Heuvelton Central jumped out to a 21-2 first quarter lead and cruised past Lisbon 66-16 to climb to 5-0 in the NAC West at the 19th annual Cindy Brady Memorial Girls Basketball Tournament Monday.

The host Bulldogs (8-2, 5-0 West) met another NAC West rival in Hermon-DeKalb for the title. H-D advanced past Colton-Pierrepont 48-34 in the other first round game of the night.

McAllister (3 assists, 2 blocks) also buried three 3-pointers scoring 13 points and Cunningham (3 rebounds, 3 assists) finished with 11 in a balanced winning offense. An offense which was led by Dakota Mouthorp who buried three 3s scoring 15 points and another 13-point effort from Bella Doyle who was very impactful at both ends of the court with eight rebounds, four assists, six steals and two blocks.

“We really had some nice scoring balance tonight. We got out and ran well off our defense and hit a lot of threes,” said Heuvelton Coach Rob Powers.

“Our next step to is to run our offense more consistently without relying on the three a little too much. I expect our game with Hermon-DeKalb to be much more competitive than our first meeting.”

“They are just very good. Their defensive pressure is outstanding. It was a tough game for us especially facing them after being off for 21 days,” said Lisbon Coach Dicky Marcellus.

The majority of the Lisbon “flashes” originated from Rachel LaRock’s strong moves around the rim in a 12-point effort. Julia Rishe, Grace Smith, Gabby Taylor and Mikaela Buckley all scored two points and Caleigh Smith added one.

H-D 48 - C-P 34: A 17-6 third quarter run emphatically tipped the balance of the contest which was basically even for the other three quarters.

“We did a good job with our press in the third quarter and we made some nice adjustments against their 3-2 zone,” said H-D Coach Bob Bice after his 4-2 team posted a fourth straight win.

Cassidy Pray and Lillian Brossoit led the winning offense with 15 and 10 points and Carley Simmons dropped in nine.

Note: Heuvelton Central has announced that its limit on spectators at home basketball games has been paused for the time being. Also the school district is proving live streaming of home games free of charge. Information on accessing the broadcasts is available on the school district’s website.