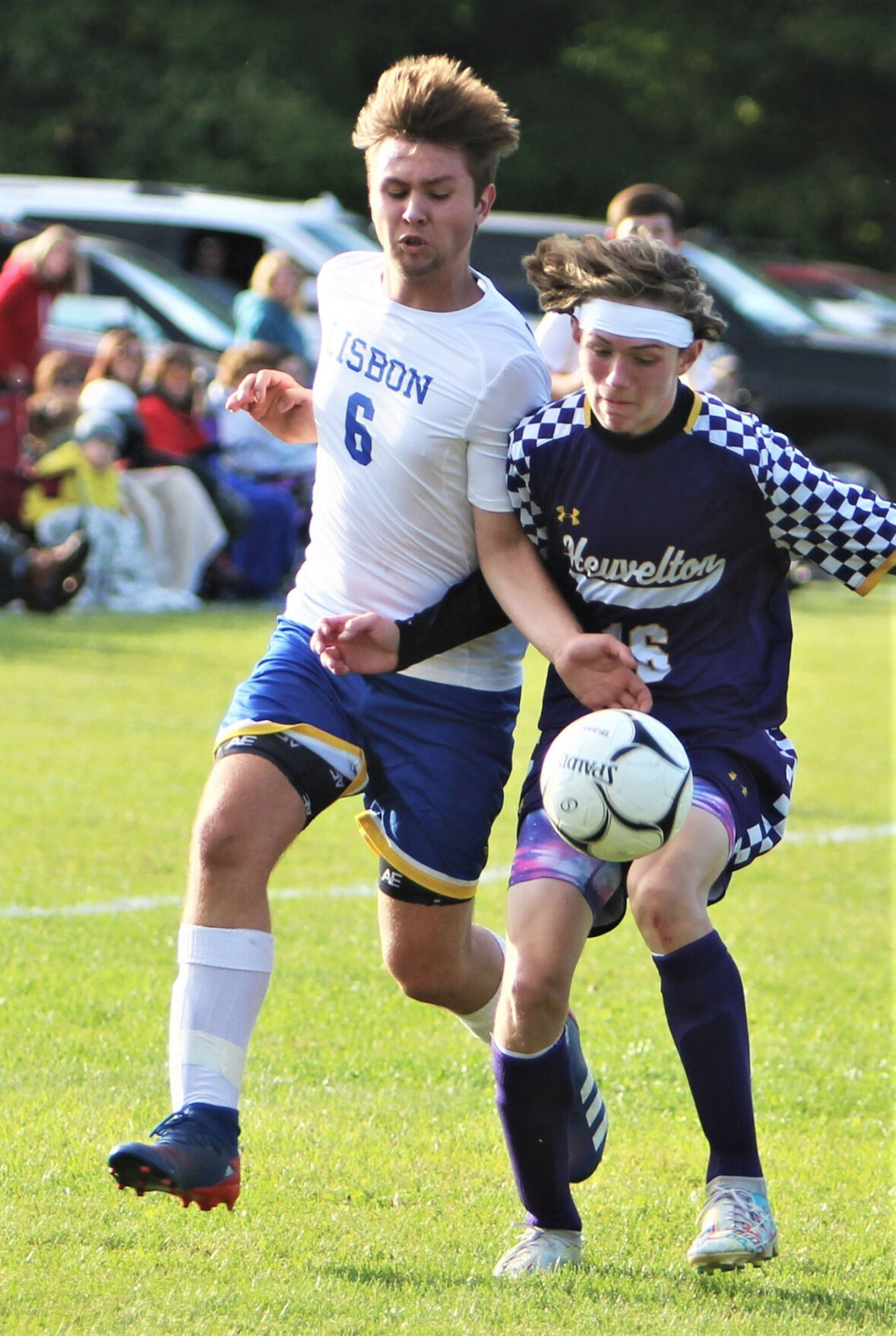 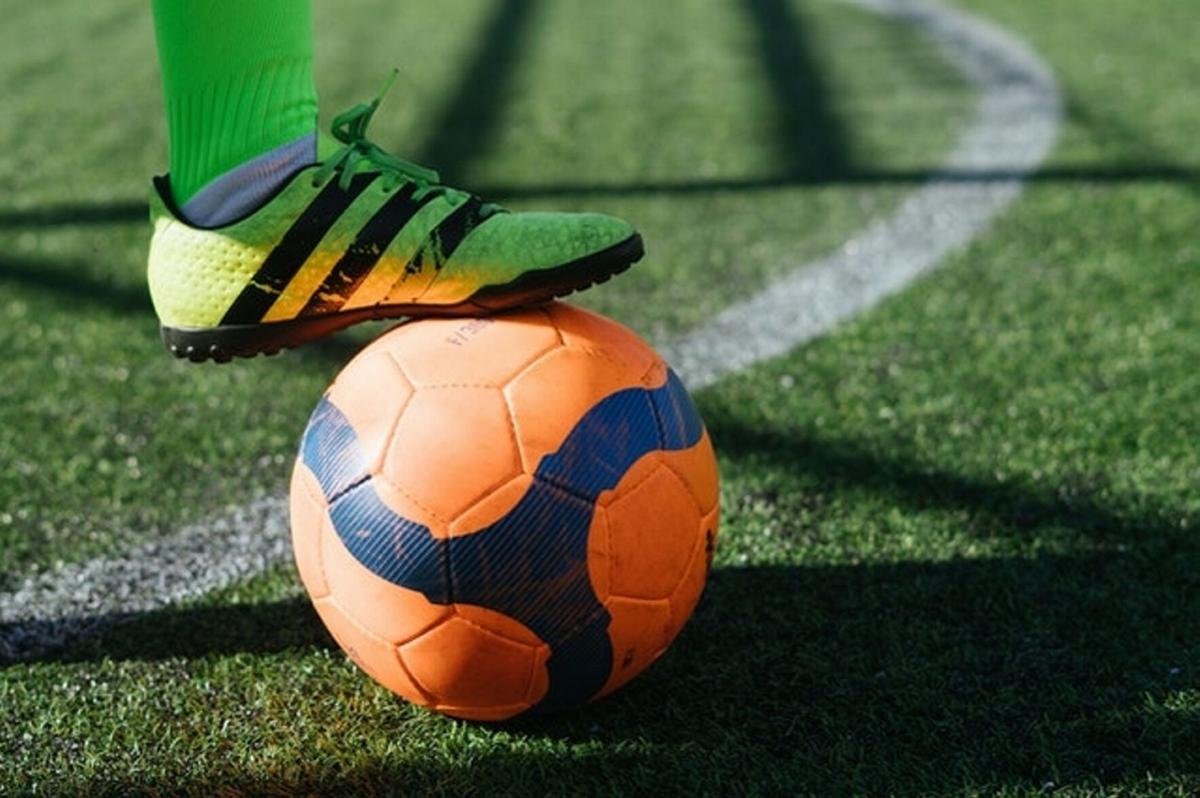 He implemented those changes in the only NAC West game of the day on Monday and the results were impactful as the Bulldogs blanked Hermon-DeKalb 8-0.

Alex Lange moved from striker to center midfielder and scored the first goal of the game by heading home a corner kick from Evan Felt. He went on two assist on goals by Chris Ashlaw and Hunter Venette. Ashlaw scored two goals and assisted on a Dylan Carpenter tally and Evan Felt closed out the scoring with an unassisted goal after assisting goals by Lange and Ashlaw.

Jed Crayford scored out of the midfield and Nate Mashaw stopped five shots posting a shutout in his first start in goal.

“I moved Alex Lange into the midfield so he could distribute the ball and he did a great job and he can also get shots out of the midfield. Nate Mashaw made some nice saves, Cole Rickett and Cole Rickett really played well at stopper and sweeper and Jed Crayford played very aggressively at outside halfback,” said Coach Durrant.

“Everything went very well today but we know we have work hard to get better everyday if we want to play with Lisbon and Morristown.”

Playing well and finishing well can be two different developments in the sport of soccer.

Lisbon played and finished well to defeat Heuvelton 7-0 in a match of NAC West archrivals on Thursday and Morristown played well but needed an overtime goal by Cooper Bennett to edge Edwards-Knox 2-1. The Rockets followed up the win with a 2-0 nonleague win over Thousand Islands on Saturday.

“We played very well. We moved the ball well and we finished very well again today,” said Lisbon Coach Diky Marcellus after the Knights tallied three goals in the final 25 minutes of the first half.”

“We missed too many gimmies and their goal came on a bad bounce off a defender. But we controlled possession on their side of the 50 for probably 70 minutes,” said Morristown Coach Glen Colby.

Lisbon 7 - Heuvelton 0: The Golden Knights established ball control immediately but missed some close range chances and needed an open field breakup by sweeper Ben LaRock to prevent a free Bulldog run on freshman Tanner Fonda who would eventually stop three shots in his fourth straight shutout since stepping for Caleb Richardson who was saddled with a second quarantine earlier in the day.

“Tanner Fonda has done a solid job. We haven’t given up many shots but he played well and done everything he needs to do,” said Coach Marcellus.

“Their goalie (Tristan Young who made 12 saves) made some excellent saves to today.”

Young had no chance on the break-through goal where Isaiah White buried a short range shot off a lateral pass from Ty Jacobs 24:41 before the half. Griffin Walker buried a low shot from Chase Jacobs seven minutes later and Miles Gendebien broke loose off the dribble and rifled a shot along the ground into the net.

In the second half Gendebien used a chip pass which Coop Davison one-touched to Alex Vessell for a short range conversion, headed home a cross Chase Jacobs and completed his hat trick after a long run through traffic.

Freshman Truman Gendebien completed scoring burying a one vs one on the goalie after controlling the ball off defender for his first varsity goal.

“Our young guys did a nice job out there. Truman Gendebien did exactly what we stress to our forwards. To pressure the defense and try and force turnovers,” said Coach Marcellus.

“All of our forwards did that well today and we were able to score some goals off turnovers.”

“To play with a team like Lisbon, which is very good, you have to play at their level. We have a ways to go but we will keep working hard to get better,” said Heuvelton Coach Bruce Durrant.

Lisbon 2 - E-K 0: Chase Jordan continued his prolific play-making for Lisbon (7-0-0) assisting on both goals against the Cougars. He set up Isaac LaRock with a corner kick in the first half and assisted on a Ty Jacobs goal in the second half.

Tanner Fond handled one shot for a shutout and Andrew Franklin made 12 saves for E-K.

“They played pretty good defense but we had 27 shots and missed some great chances but we moved the ball the way were are supposed to at times,” said Lisbon Coach Diky Marcellus.

Morristown 2 - TI 0: Aaron Woodcock and Cooper Bennett scored eight minutes apart in the second half for Morristown in a meeting two riverside schools. Peyton Donnelly posted the shutout in net with eight saves.

“We played solid all day on both sides of the ball. Thousand Islands was solid and had lots of good players. Their coach was telling me that they merged with LaFargeville and that they have 11 boys from LaFargeville on the team.”

Woodcock scored the first goal for the 7-1-1 Green Rockets off a Tristan Simmons assist and Cooper Bennett netted the second marker from Addison Colby.

Morristown 2 - E-K 1: The Cougars, played Hermon-DeKalb to a 0-0 tie in their last game, took a 1-0 lead on an unassisted goal by Jared Lottie just unside the 20-minute mark of the first half.

Cody Howard sparked the Green Rocket comeback assisting on a tying goal by Aaron Woodcock 5:44 before the half and setting Cooper Bennett for a “golden goal” with 8:06 remaining in overtime.