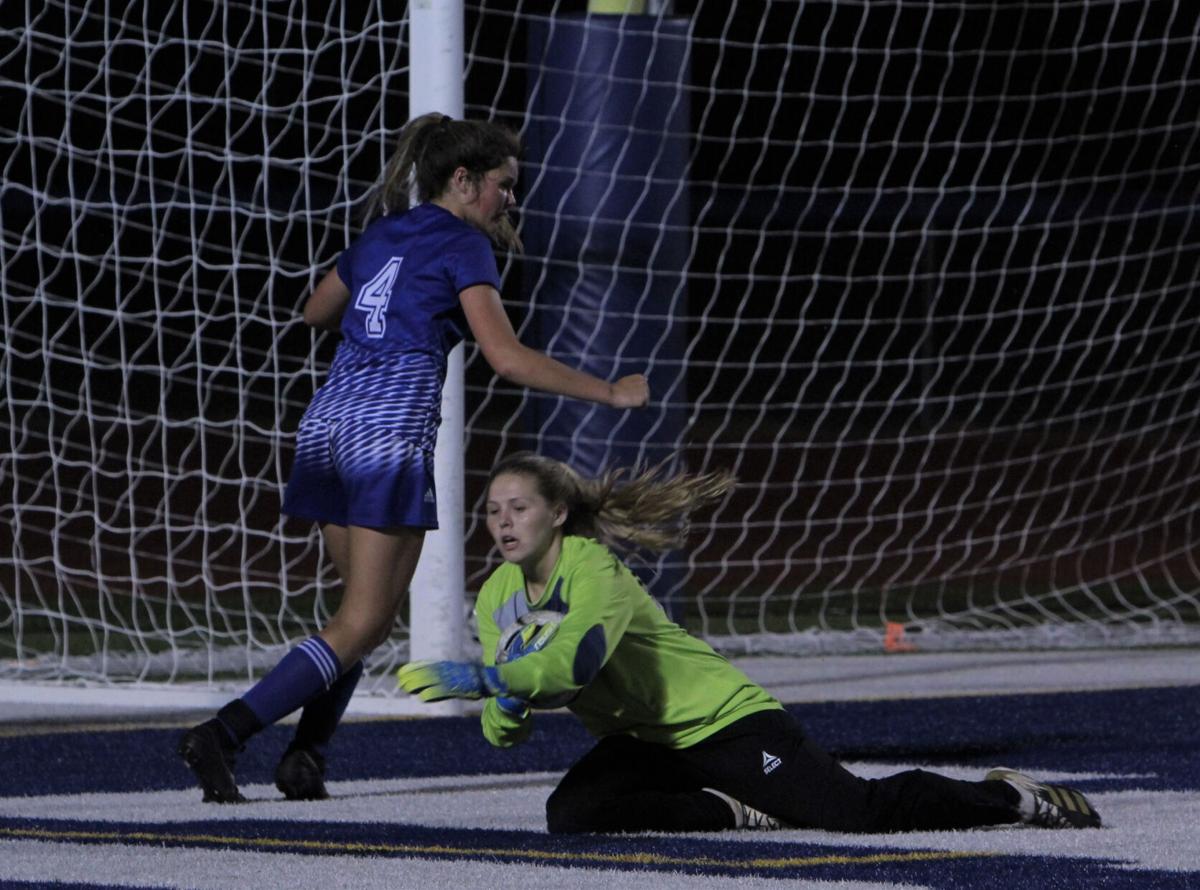 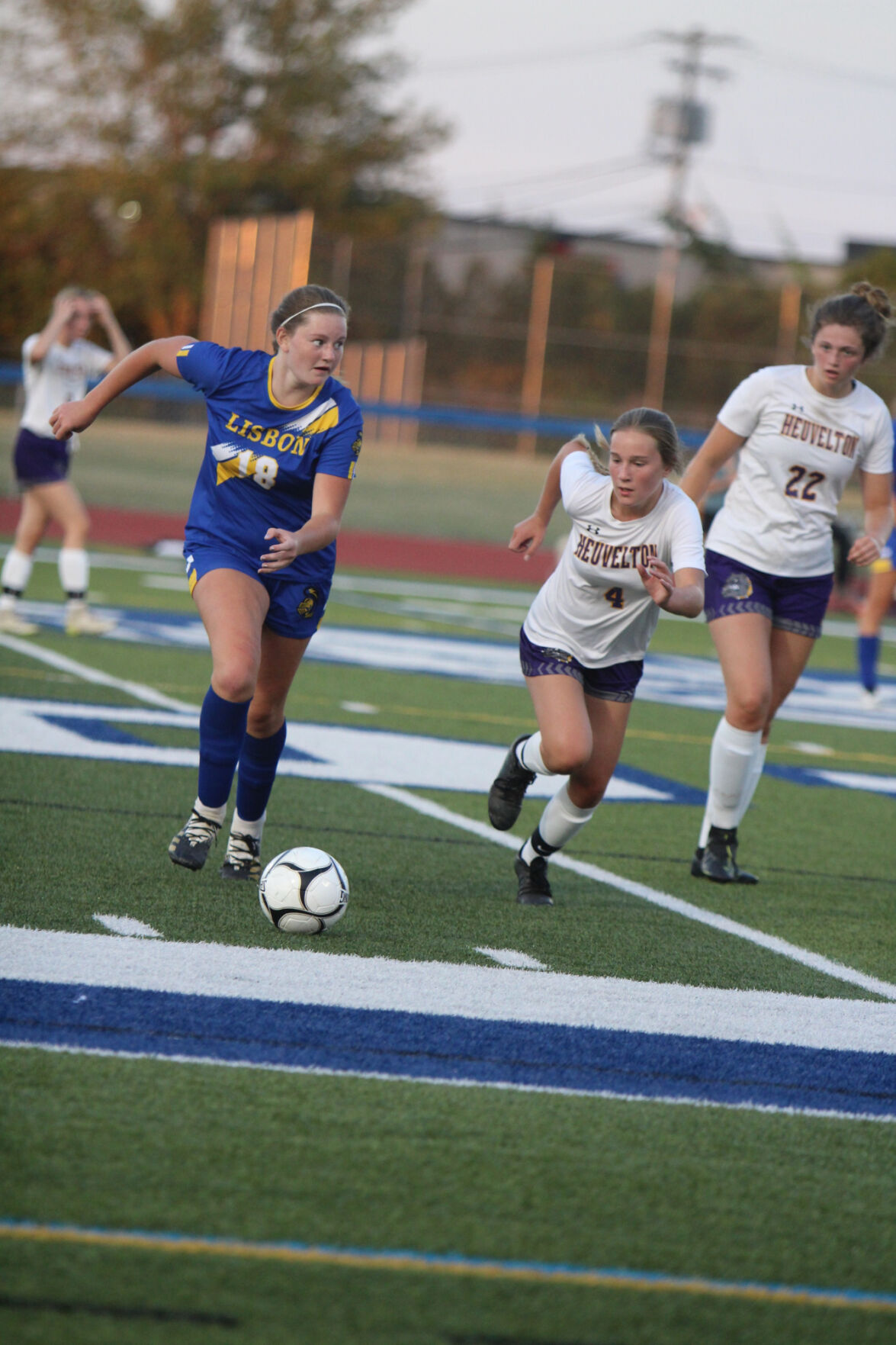 Lisbon’s Rachel LaRock drives against Heuvelton’s Mikayla Ritchie in the first round of the OFA Tournament. Dave Shea/Journal 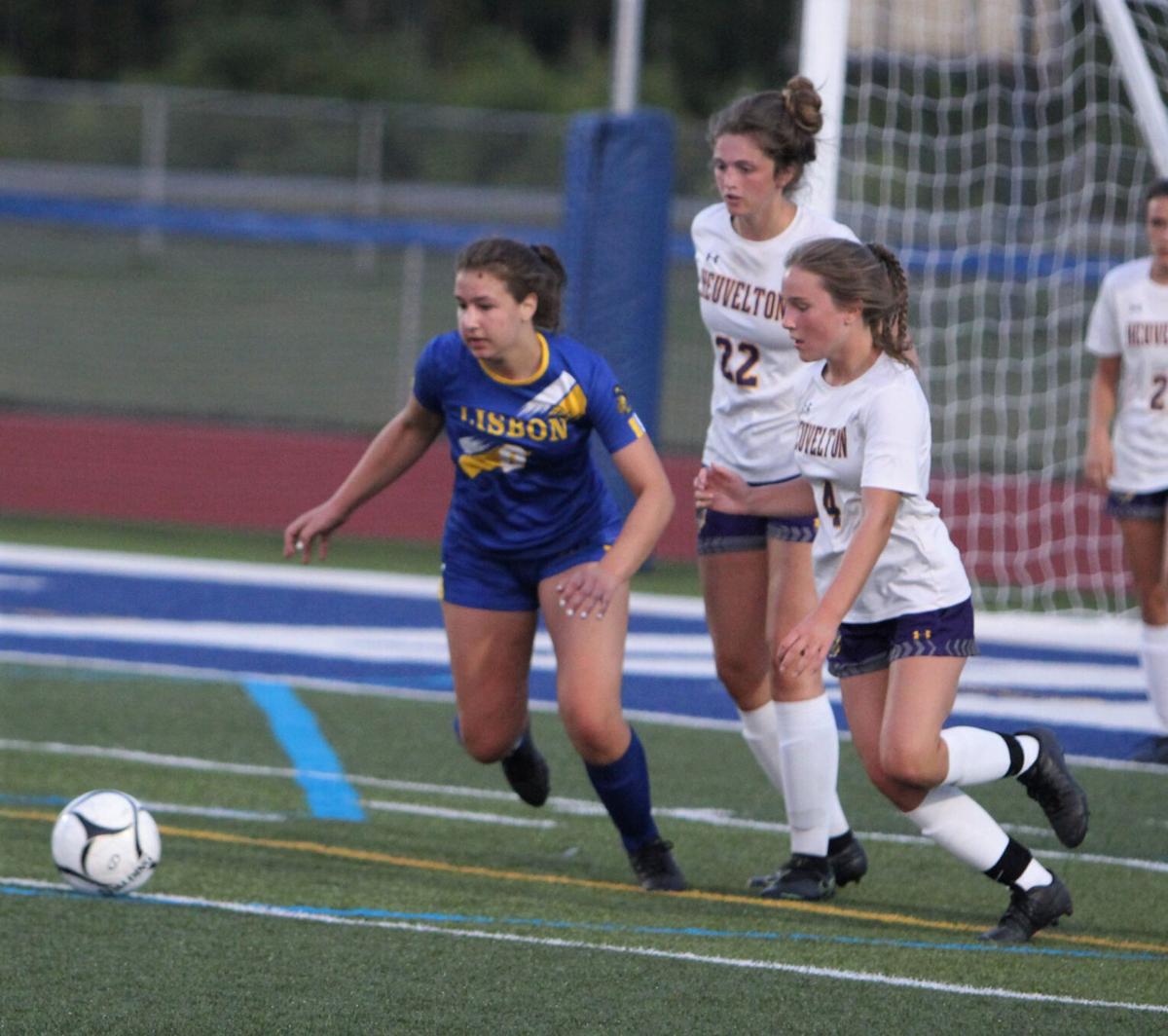 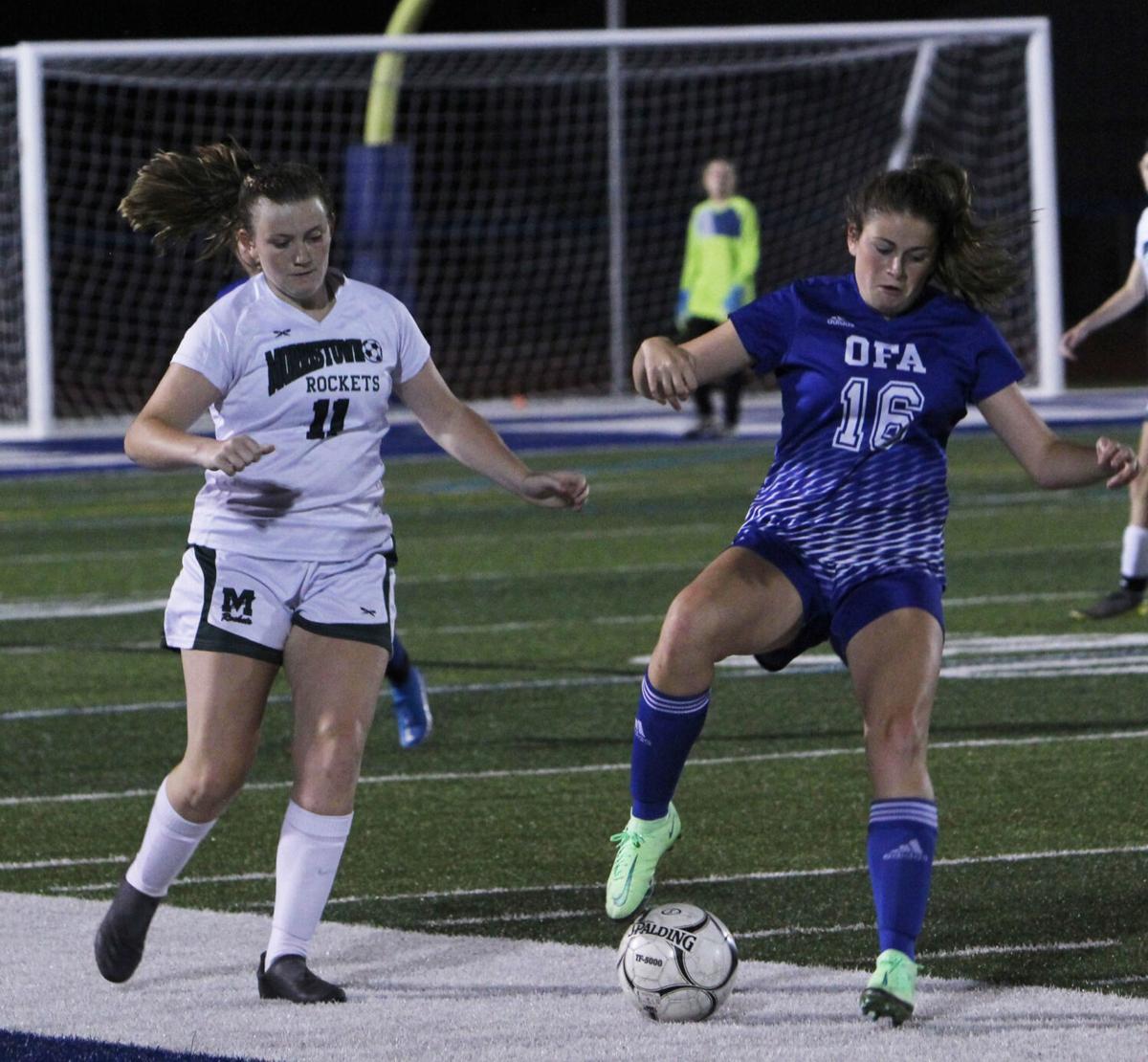 Lisbon’s Rachel LaRock drives against Heuvelton’s Mikayla Ritchie in the first round of the OFA Tournament. Dave Shea/Journal

Both winning coaches in the first round of the OFA Girls Soccer Tournament, the Lady Blue Devils’ DaKota Brady and Lisbon’s Courtey LeBeau, were delighted to get the first varsity victories on Tuesday night.

The Golden Knights used two goals by Emily Jordan in a span of 18 seconds, with 4:45 and 4:27 to play to secure a come-from-behind 3-1 NAC West Division win over Heuvelton. The Devils used a perfectly struck 30-yard volley by defender Emma Lalone in the fourth minute of the second game to gain a 1-0 victory over Morristown.

But both coaches saw the need for a steps forward for tonight’s 8 p.m. championship game at the OFA turf field.

“We worked hard tonight and we were aggressive but we really need to possess the ball much better,” said Coach Brady.

“But we did a nice job considering we were missing some players who haven’t had enough practices yet.”

Coach LeBeau was happy with the way her Lisbon came from behind with three goals in the second half but she told the Knights that she didn’t want them to become a “second half team.”

“I thought we dominated the midfield in the second half. Rachel LaRock and Gabby Richardson played a big role in that but we need to do that in the first half,” said Coach LeBeau.

“We might have some first game jitters that we had to work out. Emily Jordan really came through at the end.”

OFA 1 - Morristown 0: The only of the game came like a lightning bolt out of the clear sky when Emma Lalone rifled a 30-yard shot just under the cross bar and just out of the reach of Morristown keeper Emma Showers who stopped nine shots and broke up some dangerous crosses in heavy traffic in front of the net.

“It was a great shot. Emma just controlled a deflected pass and buried it” said Coach Brady. Lalone was also part of a defensive backfield which Brady felt was a major key to the win.

“Katherine Smith, Luci Worden, Emma Lalone, Cadence Payne and Jaedyn Award really did a nice job in the back. Jaedyn came off the bench and really played well,” he added.

OFA’s Olivia Merrill finished with seven saves and directed a dangerous chip shot by Carley Piercey near the left goalpost out of play in the final four minutes.

“I thought we played pretty well. It was tough to come out and play on turf in the first game of the season,” said Morristown Coach Hannah Thornhill.

Lisbon 3 - Heuvelton 1: An exchange penalty shorts saw Heuvelton take a 1-0 lead with midfielder Bella Doyle in the third minute of the second half and Lisbon tie the score with 15:56 to play when Leah Warren lifted a pk off the crossbar and into the net.

The Knights secured the win off two close range conversions by Emily Jordan with 4:45 and 4:27 to play. Jordan converted directly in front of the net off a pass from Gabby Richardson and gave the Knights the lead less than minute after she was denied by a point blank save by Heuvelton keeper Hailey Rickett (6 saves). Eighteen seconds later Jordan converted after Ava Murphy blocked a deep clearing attempt.

Lisbon keeper Grace Smith was active and decisive all night fielding all eight shots she faced from scrimmage.

“The Heuvelton girls worked hard tonight and we dominated and outshot them in the first half and captain Bella Doyle scored on a nice PK early in the second half. Chasity Johnson at stopper did a nice job marking against Lisbon’s center striker. Ali Trathen and Lily Spooner also made defensive contributions and freshman goalie Mikayla Rickett made some nice saves,” said HCS Coach Denise Curry.

“An injury to starting midfielder Carley Simmons early in the second half changed the momentum of the game and they were able to capitalize on some late shots. It was a competitive game and we look forward to playing Lisbon again.”

HCS will meet Morristown Wednesday at 6 p.m. in the consolation game.