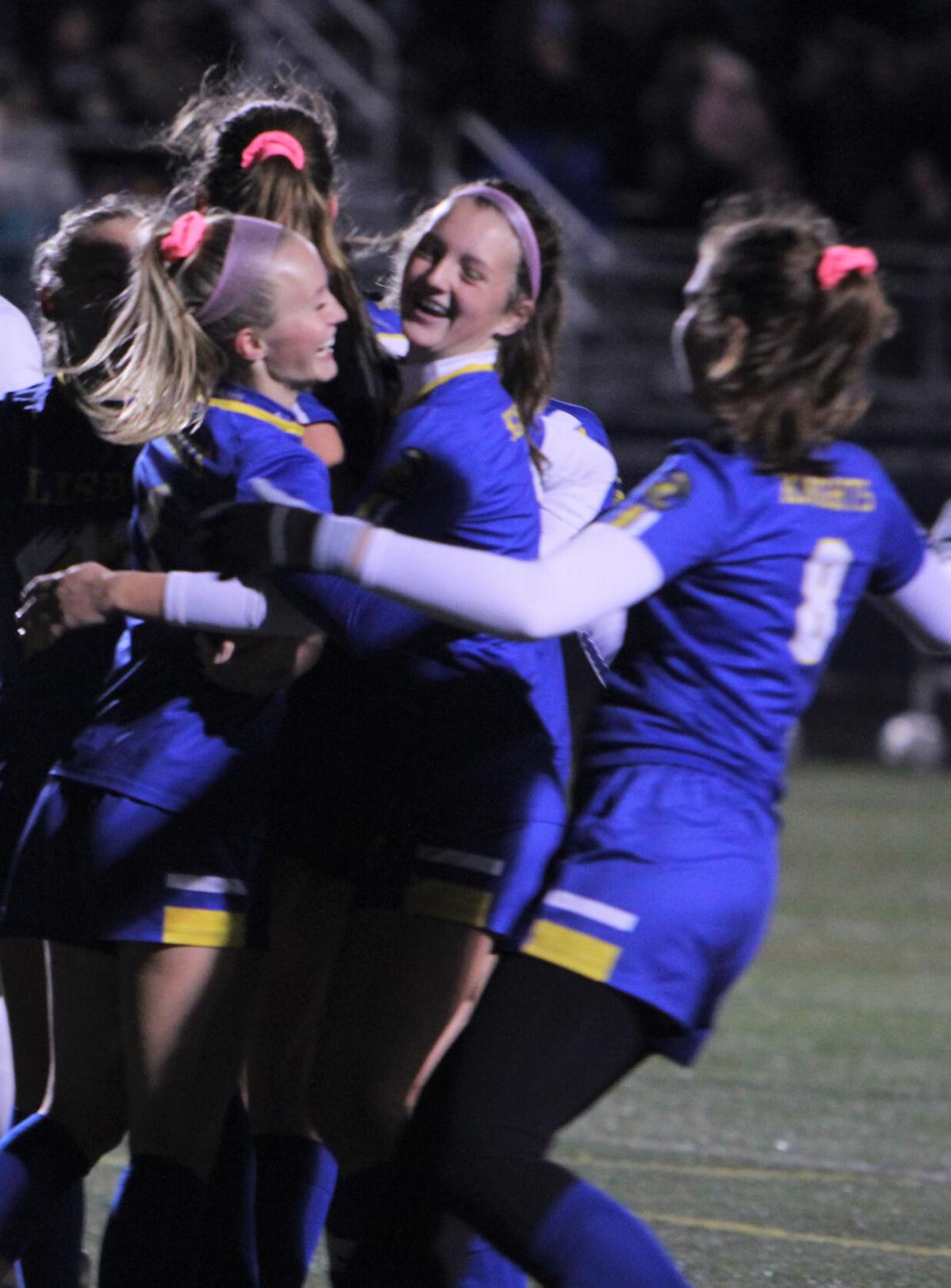 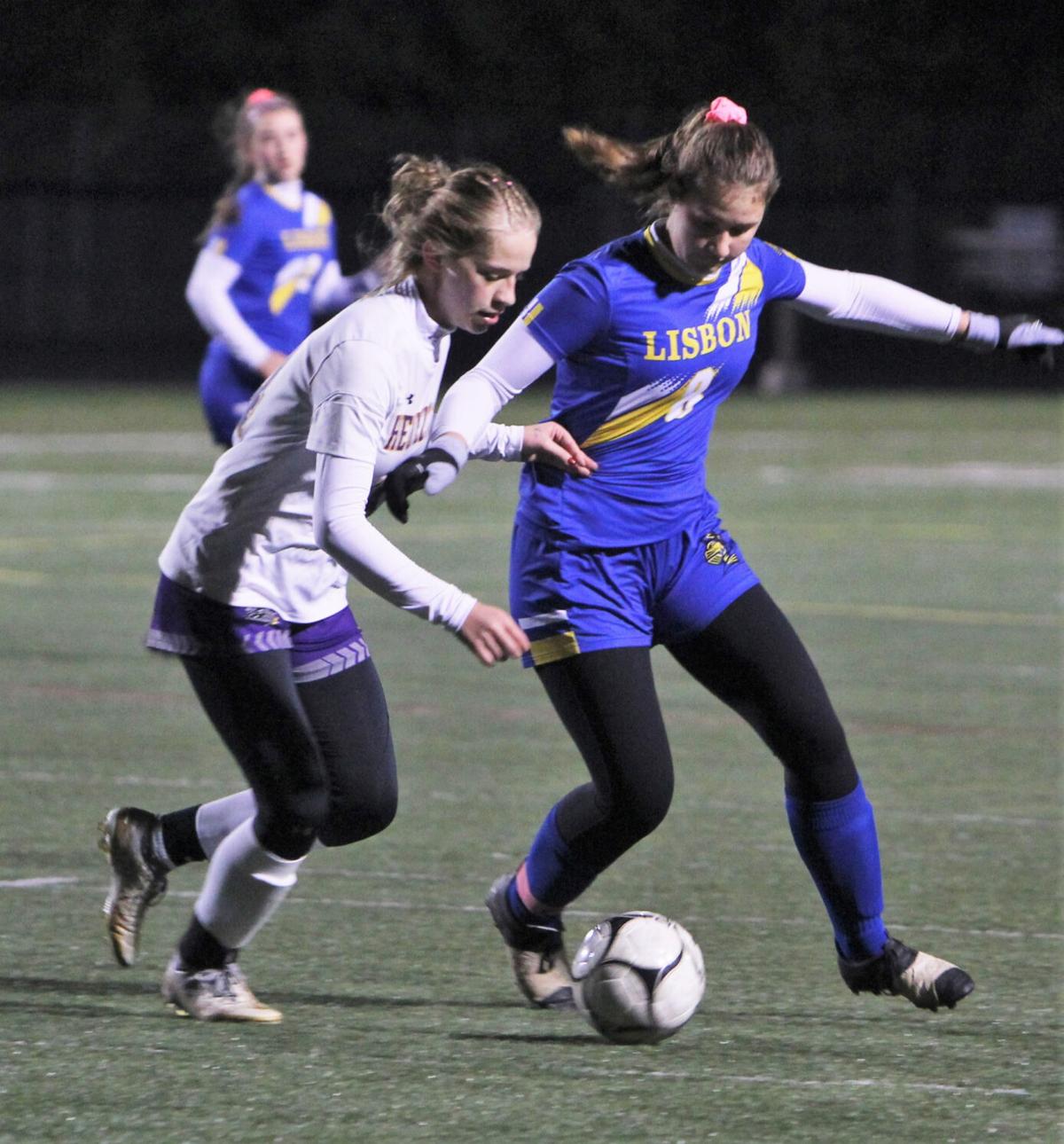 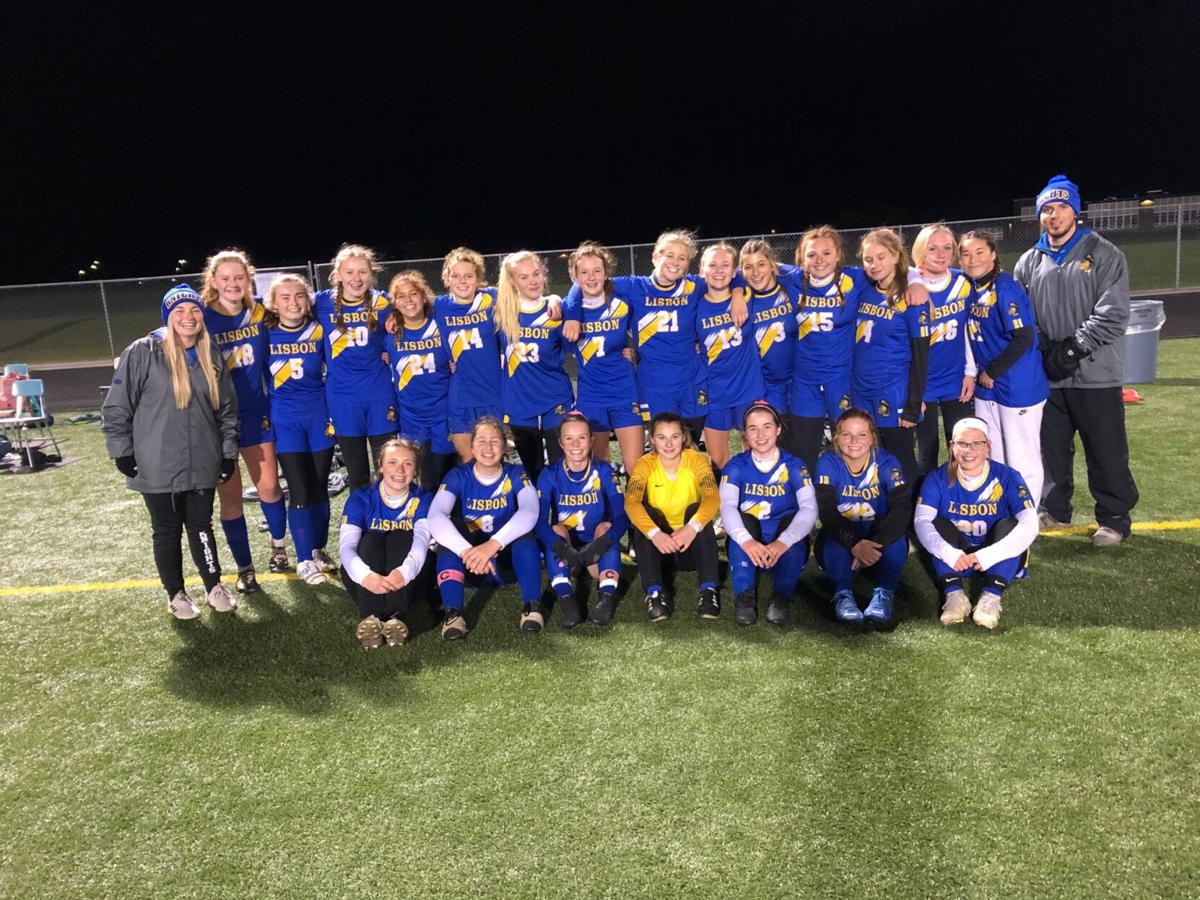 “And Heuvelton came out very strong. So there were some anxious moments. This was such a big game for them. Especially after the boys won, they just had to win tonight so both teams could play on Monday (Section 10 Class D title games).”

But the top-seeded Golden Knights (17-1-0) played their way through the jitters, settled down and posted a high quality 3-1 win powered by three goals from Emily Jordan. LCS advanced into Monday’s 5 p.m. Section 10 Class D Championship game back at Potsdam High against second seeded Chateaugay. The Lisbon Boys will meet Morristown for the Boys Class D crown at 7 p.m.

The 16-2 Bulldogs advanced with a 2-0 victory over Colton-Pierrepont.

Lisbon 3 - Heuvelton 1: Both teams threatened through consistency in their passing sequences throughout the contest where the Bulldogs make a strong bid for a break-through score when center halfback Bella Doyle drilled a direct kick over the crossbar in the 17th minute.

The Knights struck first when Emily Jordan started her natural hat trick on a quick strike transition goal which originated when outside fullback Eliza McLear ranged upfield and played the ball into the Bulldogs’ defensive zone. The ball was deflected and rolled along the endline near the left corner. Leah Warren kept the ball in bounds and Jordan delicately flick kicked it across the goalmouth and the ball bounced off the right goalpost and into the net with 18 minutes remaining in the half.

The second goal was set up by midfielder Rachel LaRock who threaded a through pass to set up Jordan for a successful one vs one break on Heuvelton goaltender Leanne Dietschweiler 8:07 before the half.

Jordan completed her hat trick with 22:40 to play turning on a lateral pass from Claire Murphy and driving the ball into the net.

“Emily Jordan came into the game playoff ready and she and three girls up front all played very well,” said Coach LeBeau

“But we couldn’t have done it without Rachel LaRock who played a great game i n the middle of the field.”

The Bulldogs broke through for what proved to be their only goal with 11:38 to play just minutes after LCS goaltender Grace Smith snared a close range shot from a sharp angle by DaKota Mouthorp.

Katie Cunningham controlled the ball near the left sideline and found Mouthorp breaking toward the net for a crossing shot which passed through a maze of players in front of the net to Rylin McAllister who directed the ball into an empty net.

The Bulldogs put together four dangerous advances in the final eight minutes. Sweeper Ava Murphy stopped one with a headball clear and Smith broke up the other three with decisive runs off her line to breakups.

Smith finished with five saves in the game and Leanne Dietschweiler finished with nine stops for Heuvelton 12-3-1 whose three losses all came in matchups with Lisbon.

“The girls played very well all season and I couldn’t have been more proud of them tonight even if they had won,” said Heuvelton Coach Denise Curry.

“They came out strong and finished strong.”