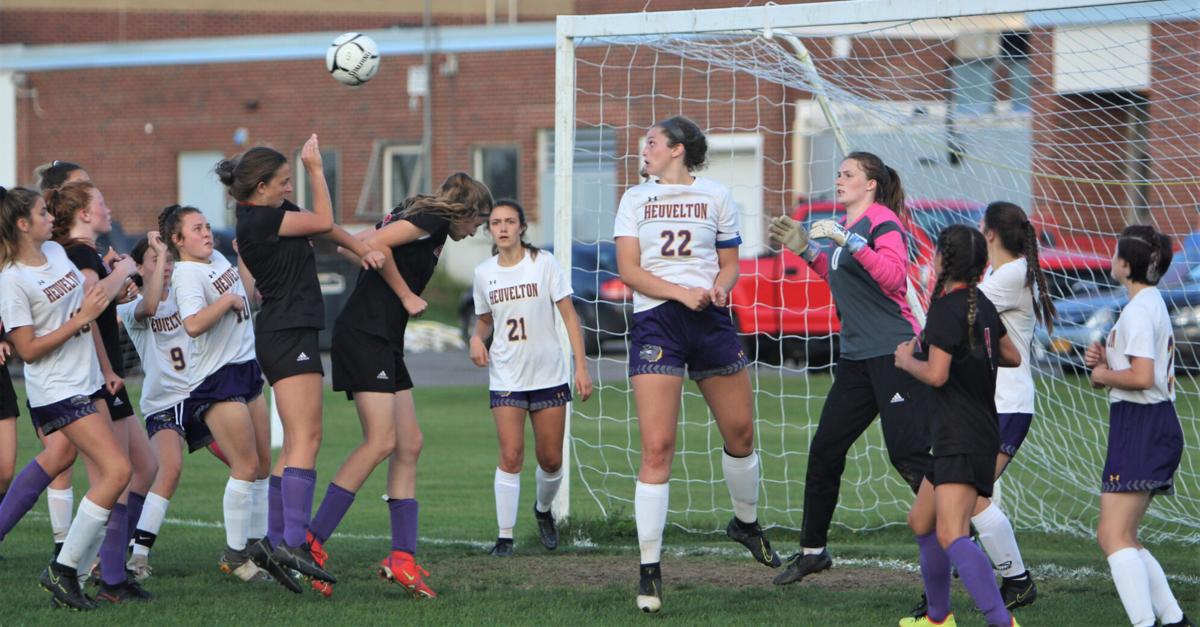 Heuvelton’s Bella Doyle heads a corner kick away from the Heuvelton goal in Friday’s win over Hammond. Dave Shea/The Journal 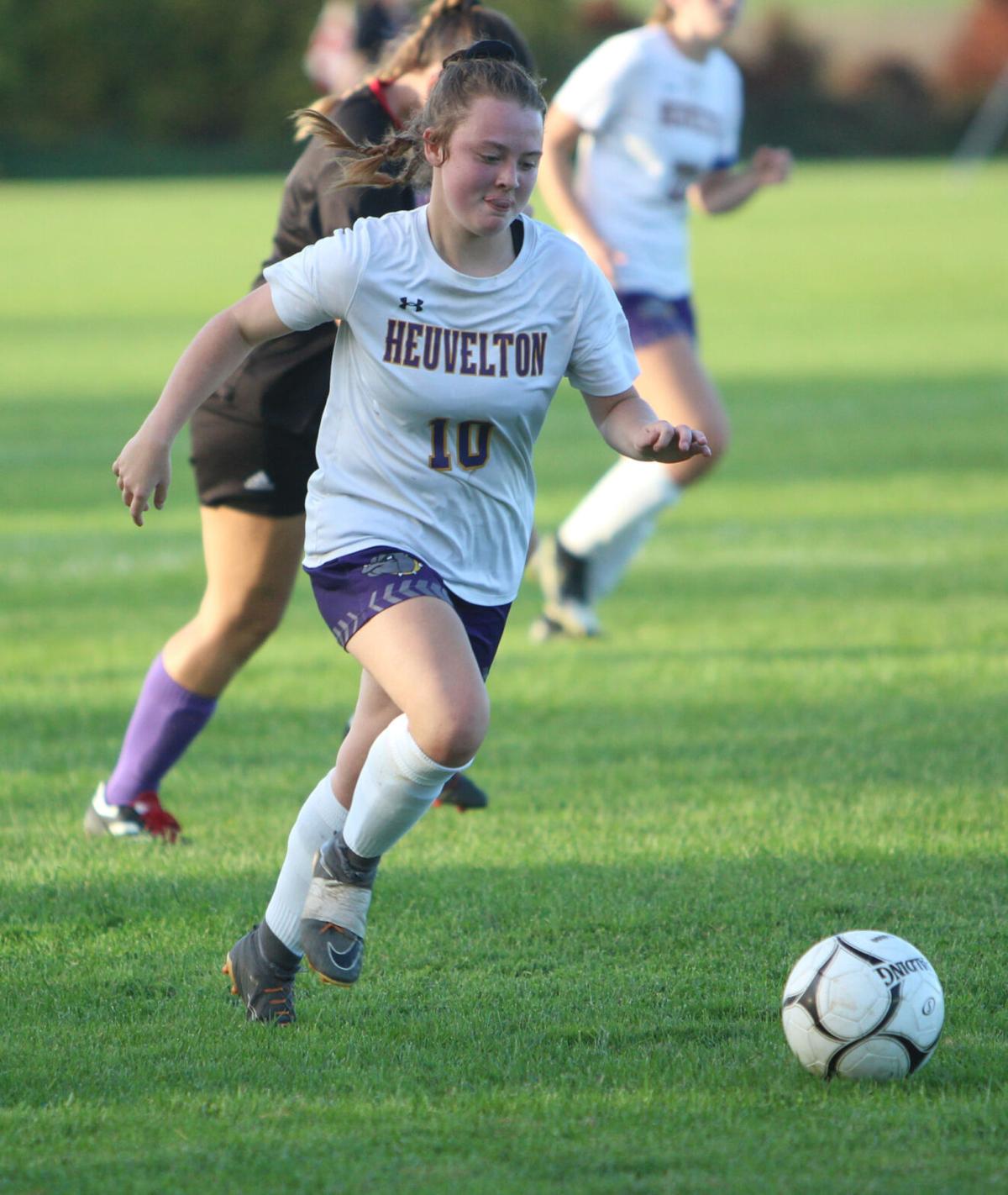 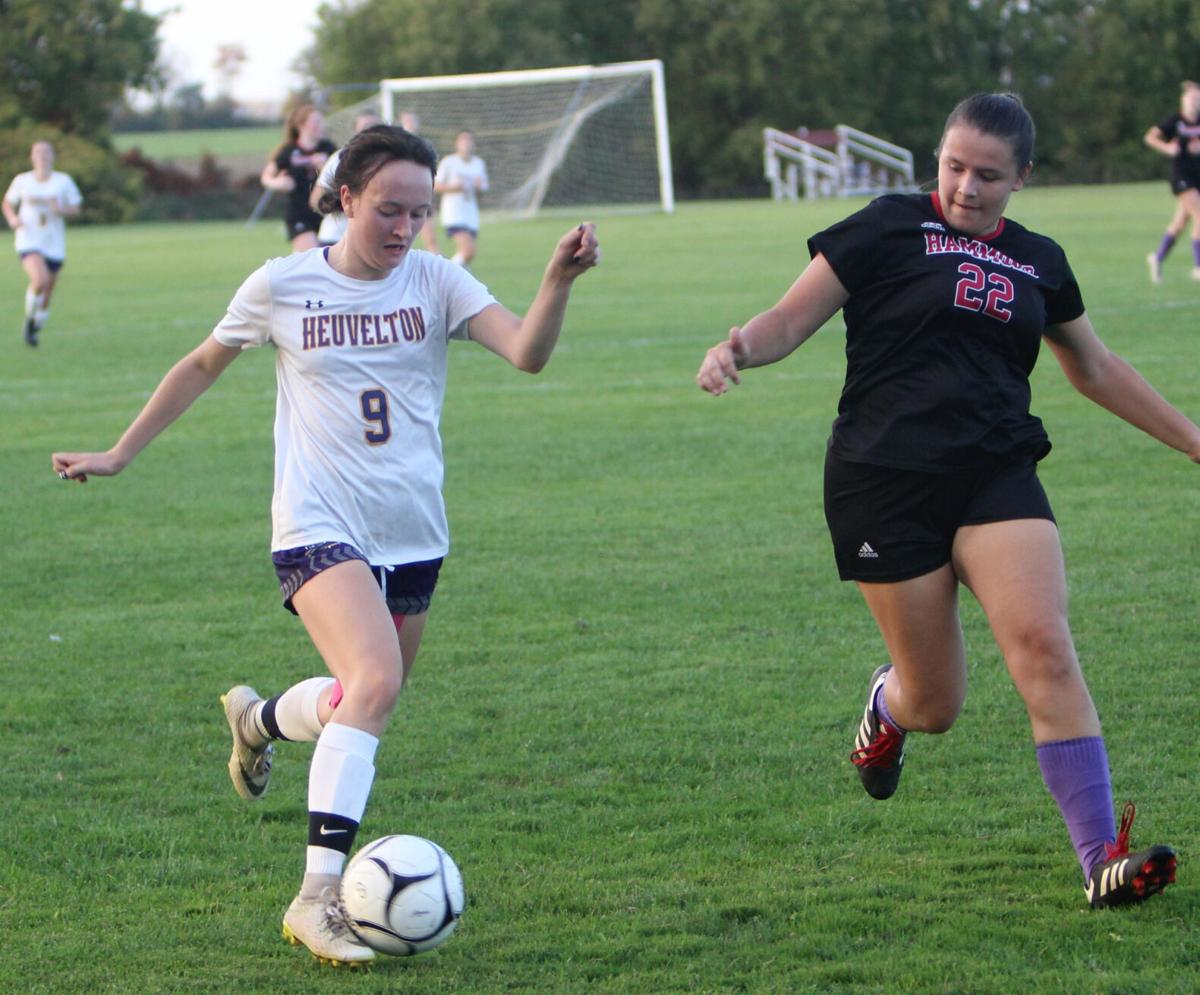 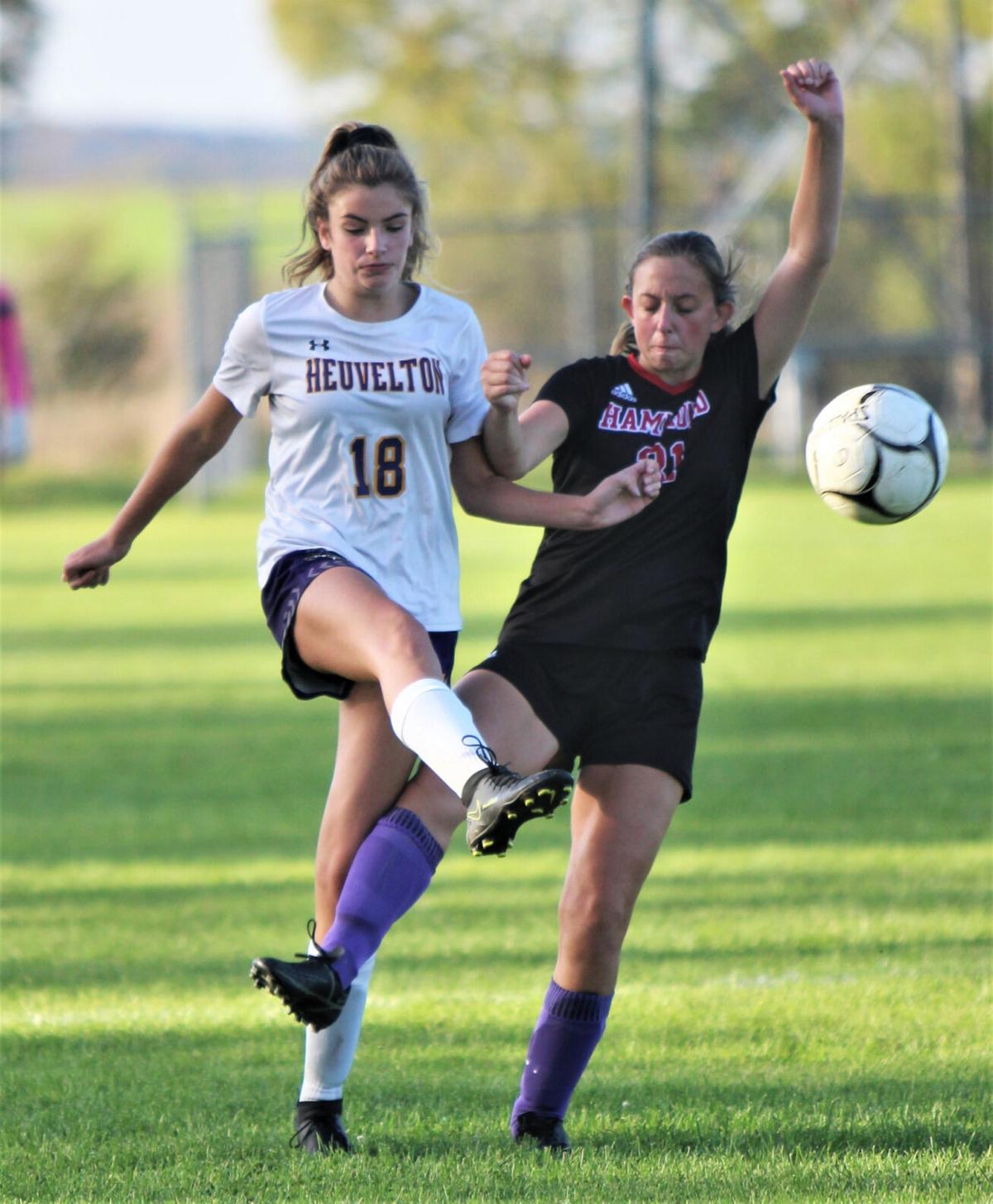 Heuvelton’s Bella Doyle heads a corner kick away from the Heuvelton goal in Friday’s win over Hammond. Dave Shea/The Journal

HAMMOND — When Hammond and Heuvelton renew their multi-sport rivalry you can disregard the teams records and recent and past history but an adaption of Murphy’s Law is always in effect.

Because when the Bulldogs and Red Devils meet on the field, the court and or the diamond “anything that can possibly happen will probably happen”.

On Friday the two teams met under the windmill at Hammond Central School and midway through the second half Heuvelton was exerting almost total dominance in opening a 2-0 lead. The final outcome, 4-2 Heuvelton in overtime, was remote to say the least.

But the Red Devils staged a startling comeback to pull into a 2-2 tie which carried into overtime where Dakota Mouthorp scored twice and became the third different Lady Bulldog to score a hat trick in the last three games. She netted a penalty kick in the first overtime period and then scored into an empty net in the final two minutes of the second extra session with Hammond keeper Alyvia Crosby joining a last ditch offensive effort to gain a tying goal.

“I had Livi (goaltender Alyvia Crosby) move upfield to see if we could get something going,” said Hammond Coach Alyssa Crosby after the contest where 6-2-1 Heuvelton took control of the second place in the NAC West behind 8-0-0 Lisbon and the Red Devils slipped to 4-3-0 playing their fourth game of the week and playing double overtime for a second straight day.

But the Devils definitely got something going midway through the second half when long serves by defenders led to quick strike goal by Hailey Manning on a low shot and a tying goal by Sadey Sprabarry on a penalty shot.

“We have been a second half team all season, we need to put two halves together. Livi really made a lot of nice saves for us today” said Coach Crosby.

Alyvia Crosby (19 saves) faced constant pressure in the first half where Dakota Mouthorp scored from Katie Cunningham and Kylie McCluskey converted a setup from Rayna McGaw for a 2-0 Heuvelton lead.

In the first overtime Mouthorp slammed home a penalty shot and she cooly bounced a shot into the empty net and with 2:07 to play after Carley Simmons found her with a pass through a crowd of advancing Bulldogs and Red Devils retreating from an all-out attack formation.

“We had the lead and Hammond just came back. But when we made that penalty shot in overtime I knew we had it,” said Heuvelton Coach Denise Curry.

The Heuvelton Boys won their third straight game after a 1-3-1 start and continued to expand their scoring options against H-D.

Evan Felt scored off a Cole Rickett pass and a Brandon Pray cross after Heuvelton opened the scoring with an own goal. Nate Mashaw stopped two shots for a shutout and Andrew Matthews made 14 saves for H-D.

“We had some chances off throw-ins but they were in control and scored some nice goals” said H-D Coach Christian Jenne.