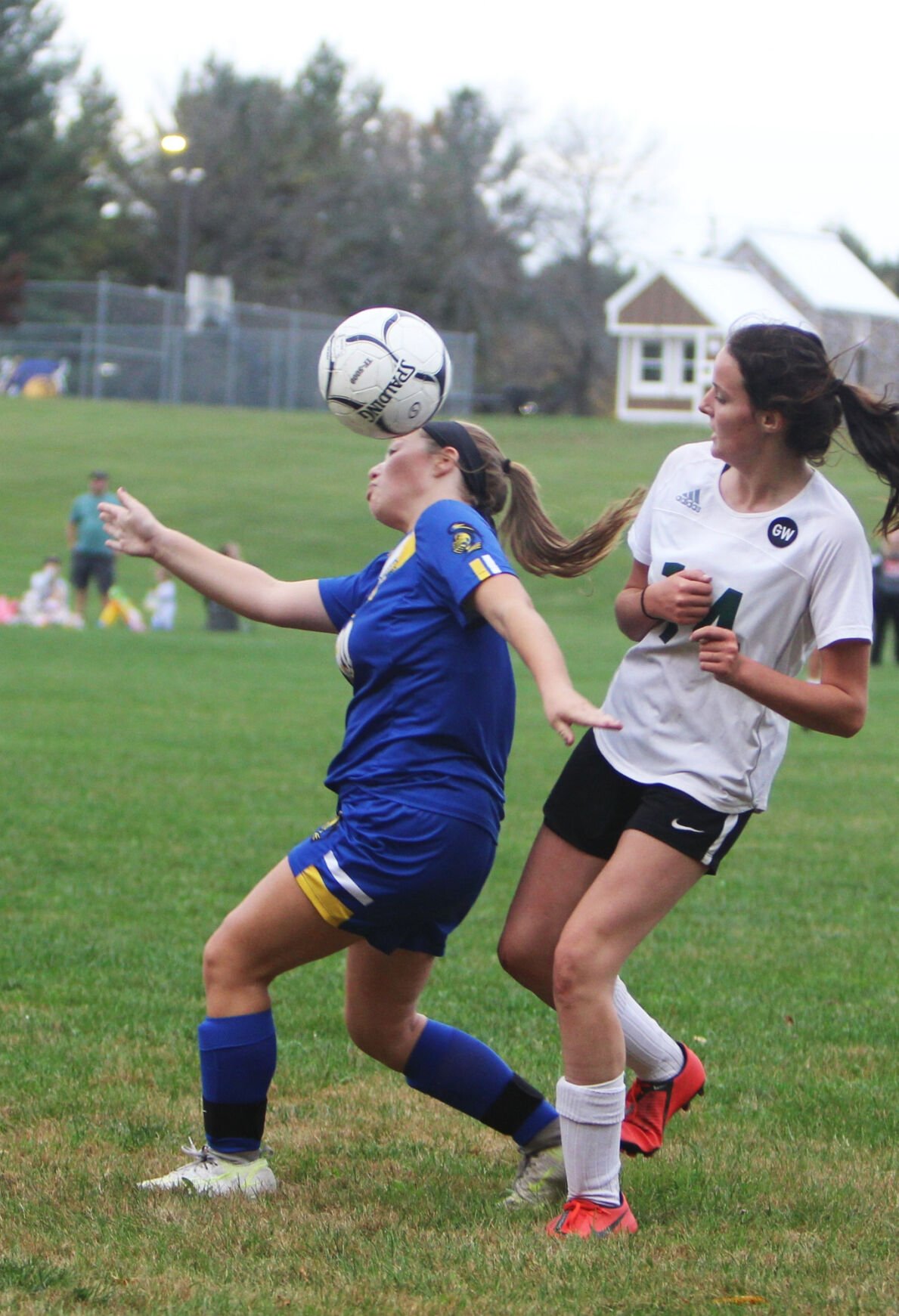 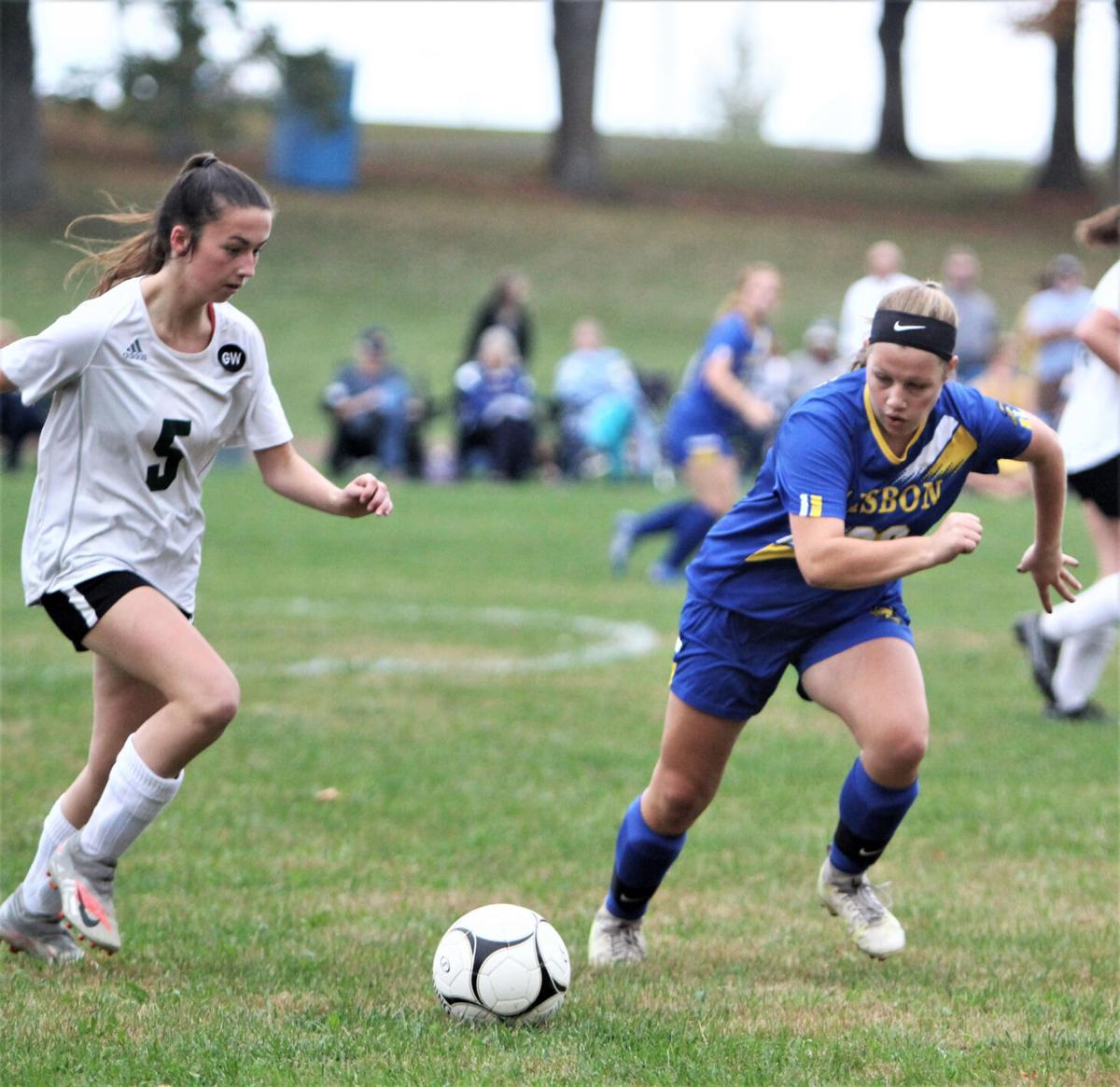 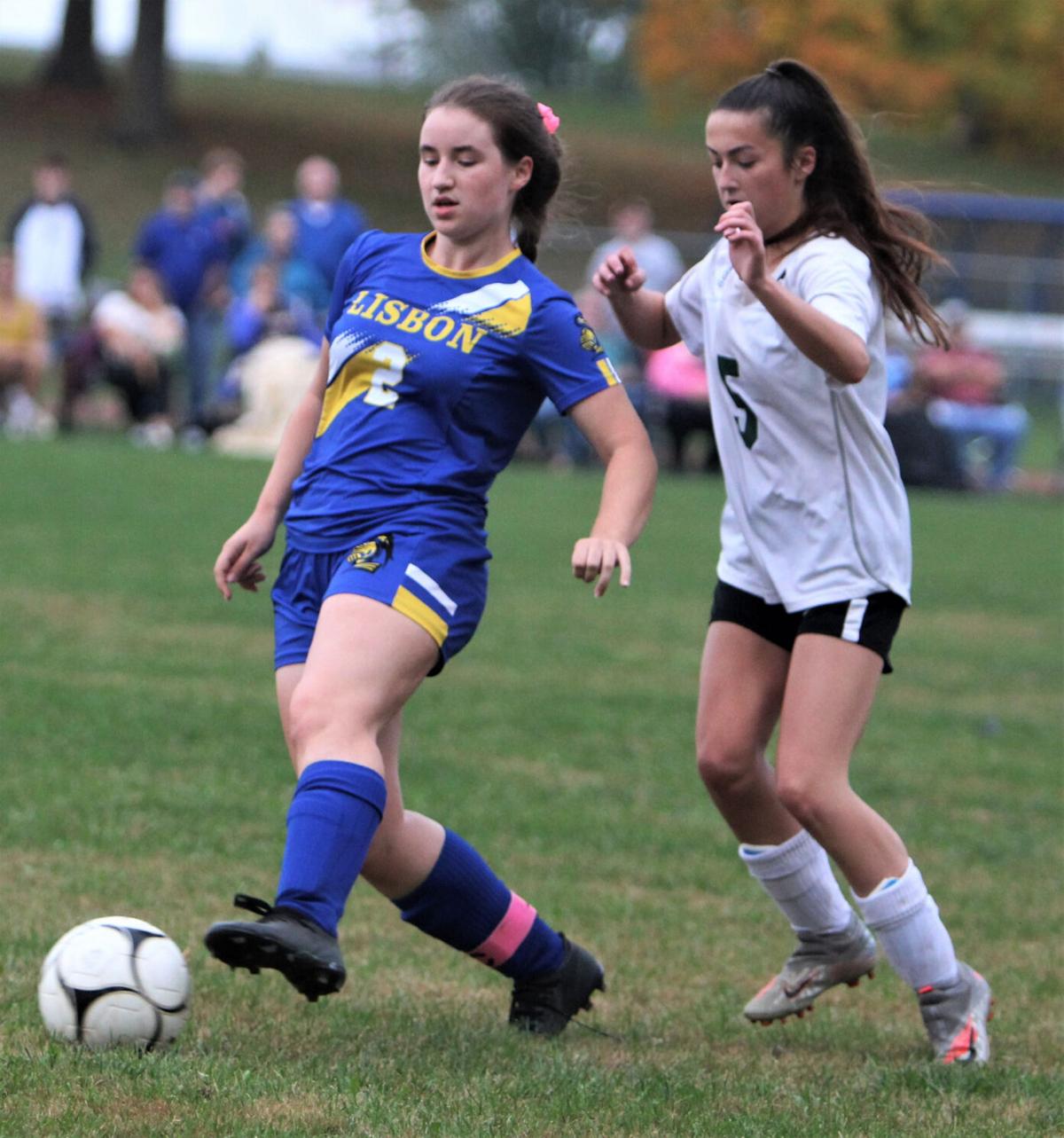 The Lisbon Girls Soccer team faced the challenge of playing three games in three days with the opportunity to win a NAC West Division title.

They seized the opportunity with a 4-1 win over Hammond on Tuesday with four goals in the second half and a 2-0 win over Hermon-DeKalb on Wednesday where both goals were scored in the first half.

The win gave the Golden Knights a 10-0-0 record and 20 points with two games to play with a seven point lead over 6-2-1 second place Heuvelton which has three games to play.

“Tonight was a great night to look back on what a great season we’ve had so far. This win secures us the West Division and these girls more than deserve it. Two goals in the first half, one from Rachel LaRock unassisted and another from Emily Jordan, assisted by Leah Warren, allowed us some much needed rest for girls who put in a lot of minutes,” said Lisbon Coach Courtney LeBeau.

“As always we are incredibly proud of this team and we look forward to the rest of the season.”

The Knights host Harrisville in their Senior Day game Thursday and their third game in three days. And the opportunity to move closer to a perfect division season.

Rachel LaRock scored unassisted 3:58 into the game Emily Jordan converted from Leah Warren eight minutes later for Lisbon who generated 26 shots at goal and at H-D keeper Jayla O’Donnell who made a series of outstanding saves in an 18-save outing.

While rotating players the Knights attacked well off crosses and through balls, were very solid in the defensive backfield and Grace Smith (7 saves) was decisive in goal.

H-D Coach Erin Green was happy with the efforts of her team to gain consistency jelling after two quarantines.

“We are getting the team together and getting better. Today Jayla O’Donnell, our backup keeper, had a great game and I was happy we could hold them off in the second half,” said Coach Green.

Chateaugay 4 - Tupper Lake 0: Olivia Cook notched her fifth hat trick of the season as the Bulldogs (10-1) netted all their goals in the first half. Ali Johnston scored the first goal and Cook netted the next three. Kaelyn Morgan finished with three saves in the shutout while the Lumberjacks’ Libby Gillis made 22 stops.

Harrisville 2 - Morristown 1: Connor Mantle and Will Taylor scored unassisted as the Pirates (4-3-1) reversed a 2-1 loss to the the Rockets (4-3-1) on Saturday. Tristan Simmons scored the lone Morristown goal from Aaron Woodcock.

EK 2 - H-D 1: The Cougars took a 2- halftime lead as Dylan Wood scored from Ethan Walker in the eighth minute and Cooper Allen converted off a Levi LaRue setup with 31.7 left in the first half. Adam Lynch scored the lone H-D goal from David White in the 64th minute.