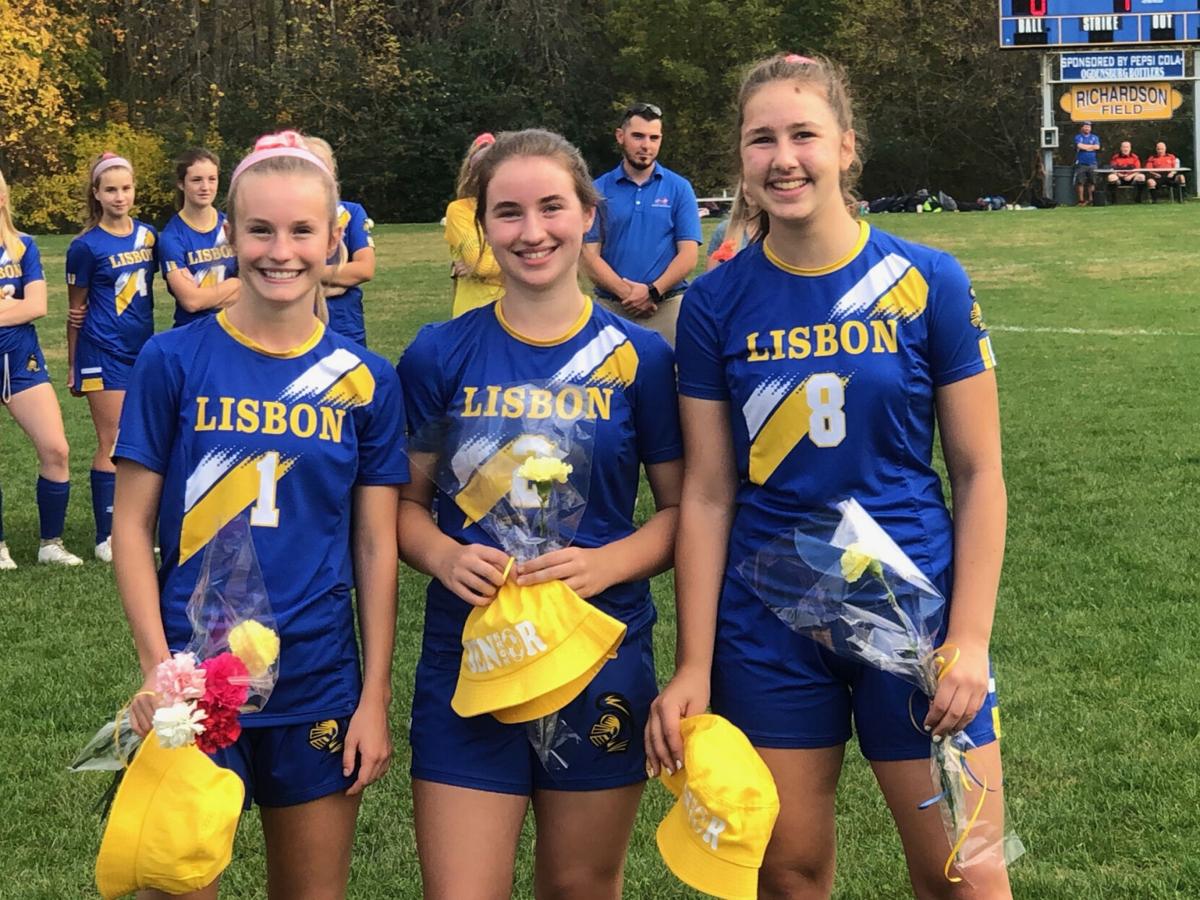 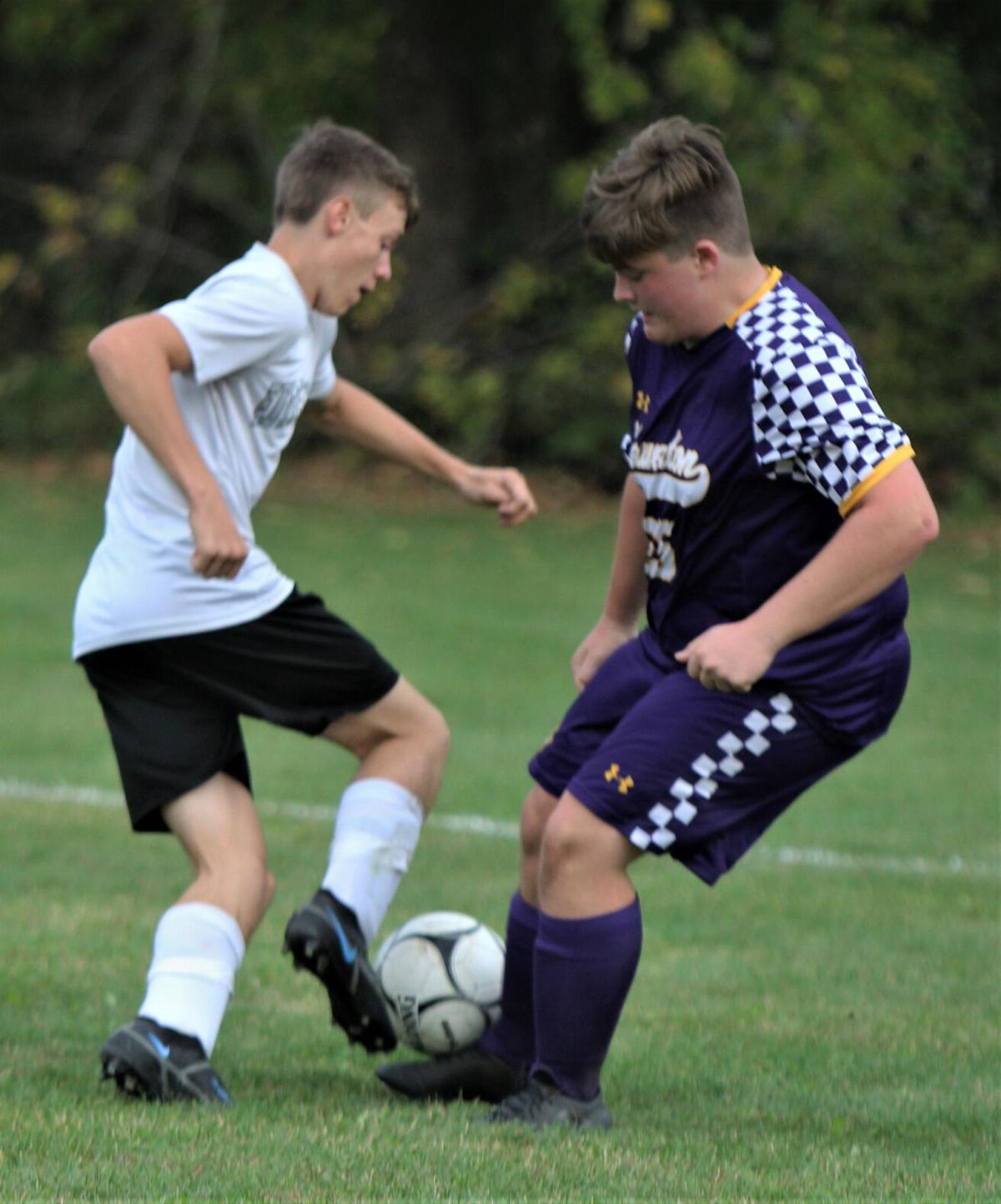 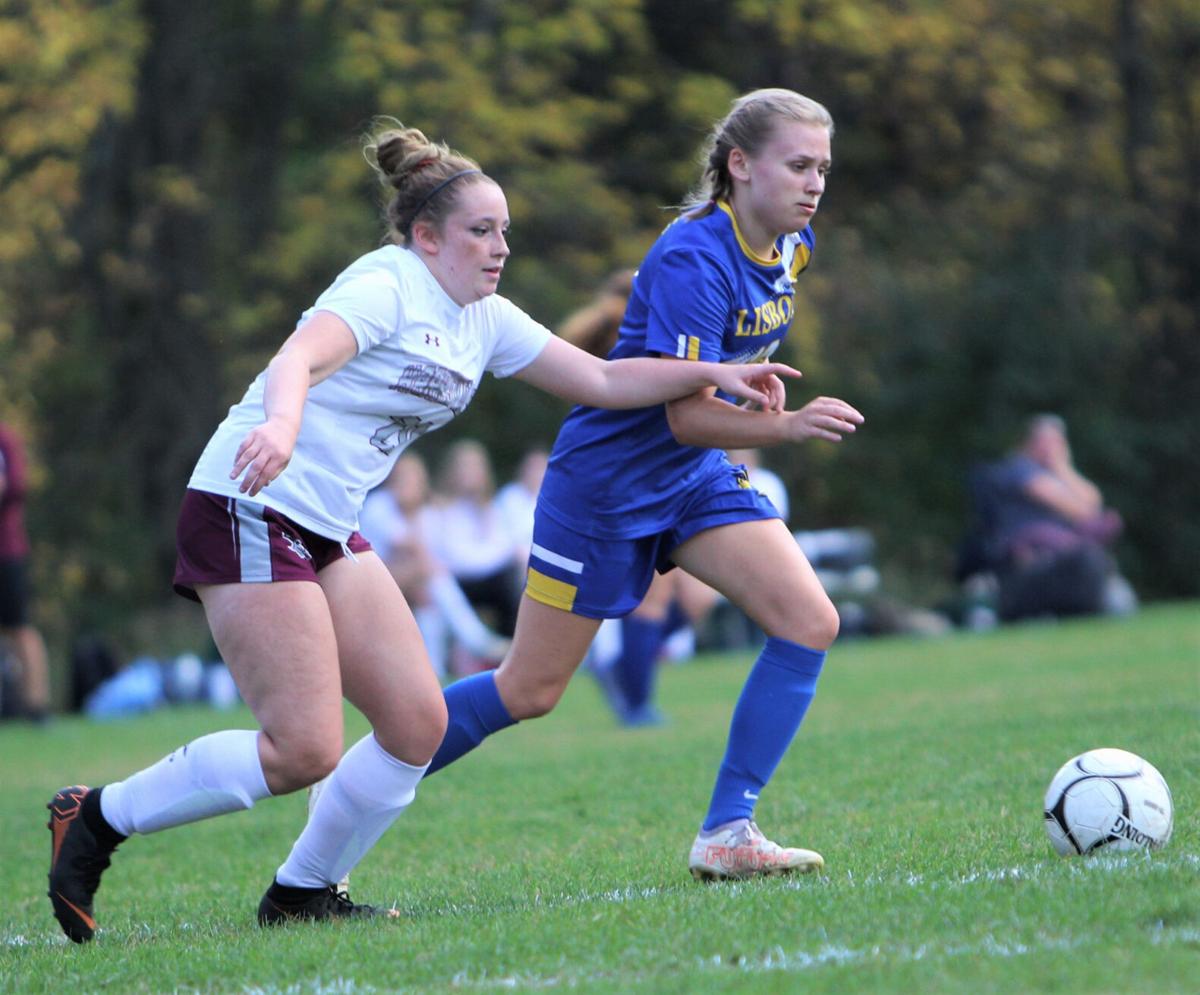 Lisbon 2 - Harrisville 0: Emily Jordan and Leah Warren figured in both goals in a combination very familiar to the Lisbon faithful. Jordan constantly worked in open space in the middle, took 12 shots in the game and delivered a steam of passes while Warren was a constant target for passes on the wing and provided several crosses after long runs.

Warren scored the first goal from Jordan 6:12 before the half and returned the favor for Jordan six minutes into the second half.

Grace Smith stopped four shots in the shutout and made one of her best saves of the season to prevent Harrisville from taking a 1-0 lead when she left her line to challenge a Pirate forward running free behind the defense and deflected the shot wide of the net.

Meghann Kackinson made 16 saves for Harrisville.

“Tonight was a great night to celebrate our three seniors who have given so much dedication and time to this program,” Lisbon Coach Courtney LeBeau.

“Julia Rishe has filled the role of stopper this year which has been a new and exciting challenge for her. She always plays with determination and hard work. Mikaela Buckley had her best game to date tonight being versatile and playing many positions. She always works hard and is willing to help the team whenever she is needed, Emily Jordan has dedicated the last five years to this team and has been the leading scorer for the last two. She is a great leader and we are very excited for her to continue playing in college.”

Heuvelton 2 - E-K 1: E-K continued to be a much tougher out than a 4-6 record indicates matching up with the 7-2-1 Bulldogs who earned a place in the NYS Class D rankings this week. Defender Ali Trathen provided an offensive spark in the first half with a long run from the backfield which ended with a pretty 18 yard shot into the net.

The Bulldogs took a 2-0 lead in the second half when Katie Cunningham knocked in a beautiful cross from Dakota Mouthorp.

Rylee Typhair revived the Cougars’ cause with 1:30 to play converting an 18 yard shot off a dribble drive.

Morristown 3 - Hermon-DeKalb 0: The Green Rockets turned in a complete game to blank a much improved H-D squad sparked by two goals and one assist from Emilee O’Donnell who opened the scoring with a penalty shot and netted a rebound on a shot by Carly Piercey on the third goal.

Piercey scored the second goal on cross from O’Donnell in a sequence started by a smooth trap by Laurel Vinch to settle the ball in the box.

Tonight the the girls played well. Hermon-DeKalb had great speed on their front line so we had to make a few adjustments. The girls did a better job passing the ball and finishing in front of the net. I see a lot of potential going into playoffs as long we play the game smart and aggressive,” said Morristown Coach Hannah Thornhill.

Heuvelton Boys Coach Bruce Durrant called the game “playoff soccer” after his Bulldogs used two pretty three-way connections to gain a 2-1 overtime win over a tenacious E-K squad which tied the game with 3:54 to play operating with five players confined to quarters because of a COVID 19 virus pandemic.

“We haven’t had our whole team for a game this year. I am really looking forward to see what we can do when we get everyone together,” said E-K Coach John Davison.

For HCS Coach Durrant it was an emotional win in overtime on a day when he honored five seniors who he has coached since seventh grade in Hunter Venette, Evan Felt, Cole Rickett, Zach Ashlaw and Jed Crayford and Danish exchange student Alex Lange.

“It is tough saying good bye to these guys and it was a very tough game. Both teams brought it today like playoff soccer. My guys played well and I have to credit E-K and their coach for the way they played missing five guys,” he said.

In a contest where both teams threatened well with buildups and counter attacks there was no scoring until 7:48 remaining when Heuvelton converted a quick strike started by a long service down the left wing by Reid Doyle.

Evan Felt ran onto the ball and drove it past challenging goalie Andrew Franklin. Chris Ashlaw won a race to the ball with a rotating defender and drove the ball into the net wit a sliding effort. E-K tied the scoring with 3:54 remaining in regulation when Tyler Scott drove a high shot into the net off a cross from Cooper MacKay.

With 4:07 remaining in the first overtime Jed Crayford dribbled past a defender, relayed the ball to Ashlaw who found Cole Rickett in front of the net for a “Golden Goal.”