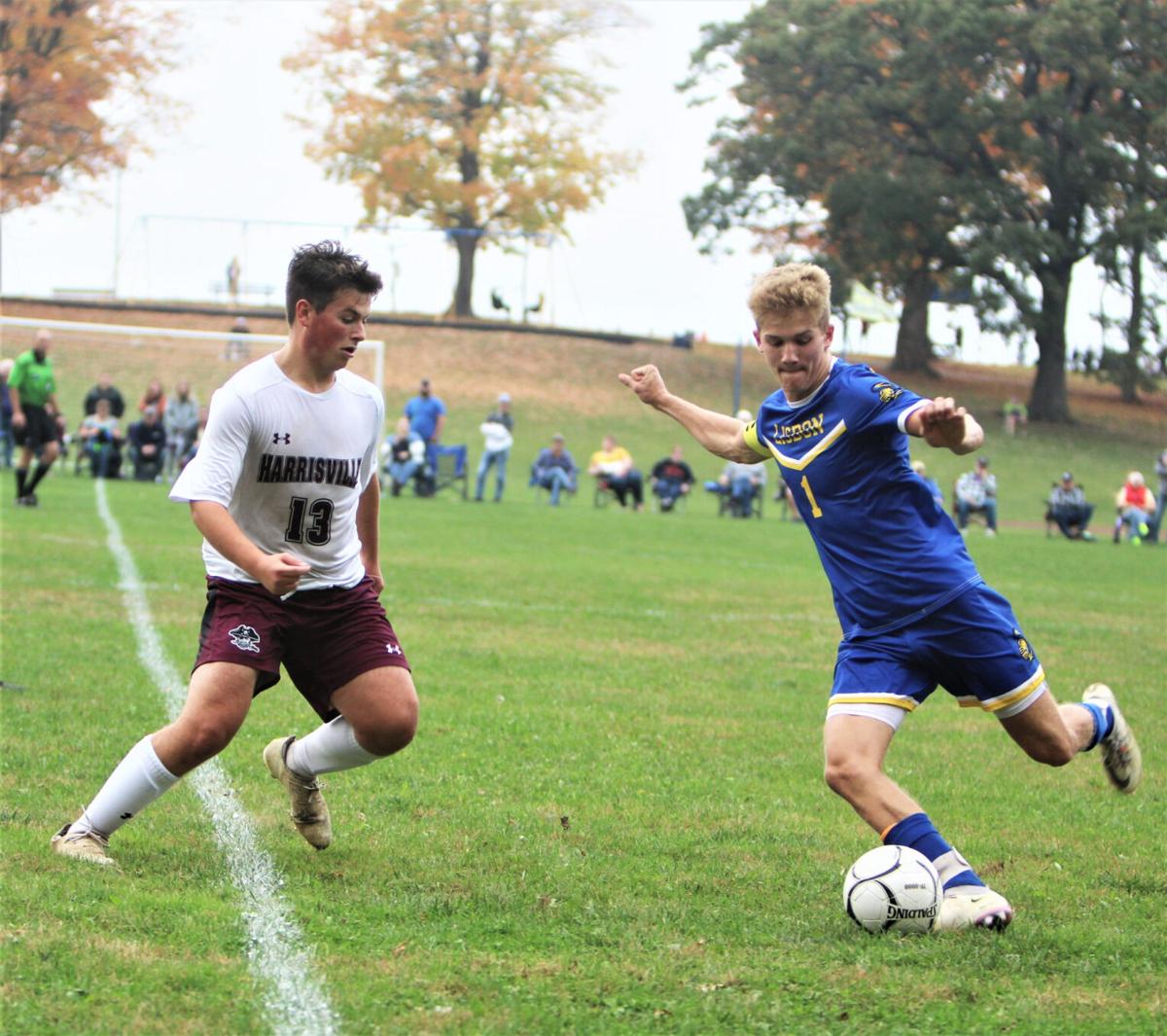 Lisbon’s Ben LaRock clears the ball away from Will Taylor of Harrisville on Friday. Dave Shera/The Journal 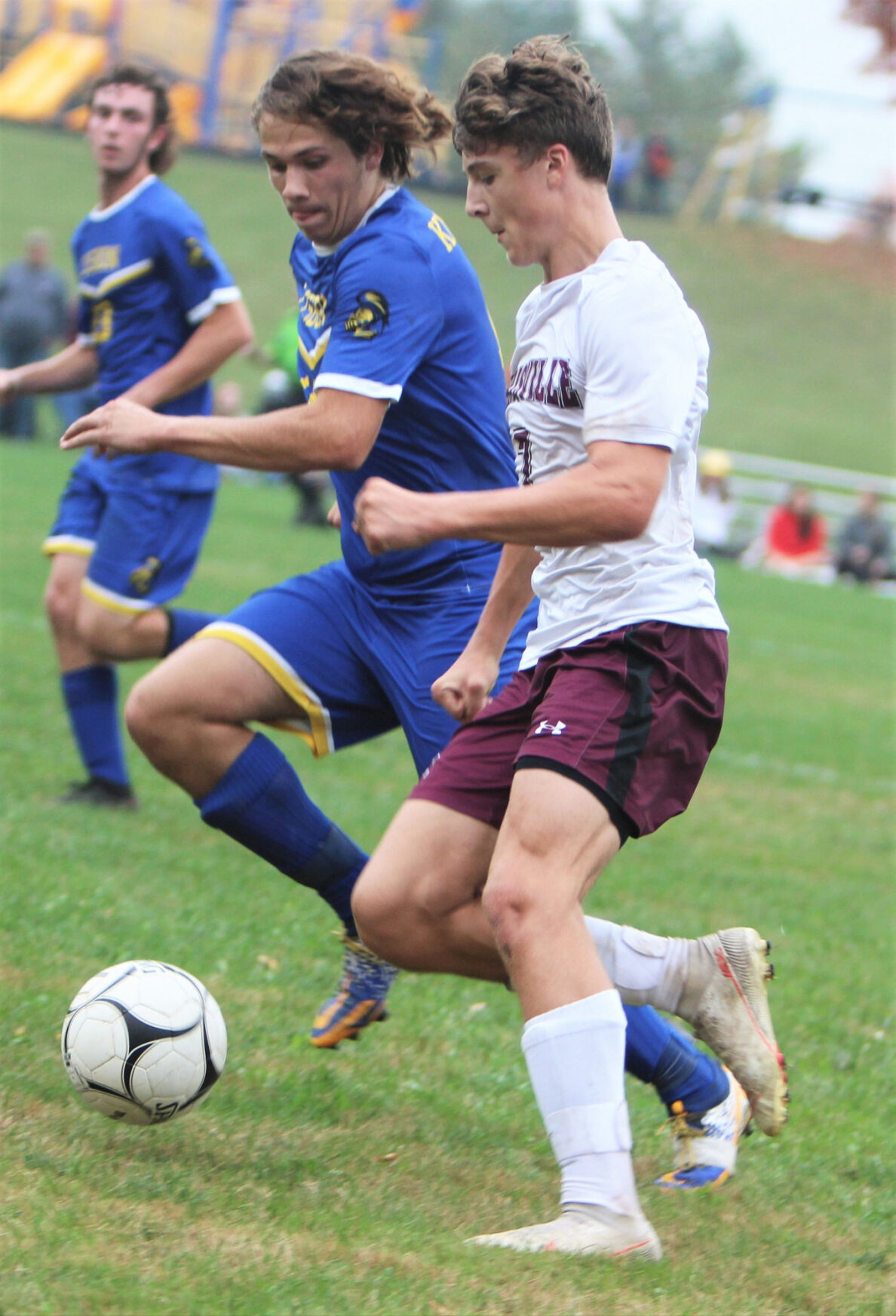 Lisbon’s Ben LaRock clears the ball away from Will Taylor of Harrisville on Friday. Dave Shera/The Journal

LISBON — After a 10-day layoff Lisbon Central resumed its unbeaten season and extended its perfect record in the NAC Boys Soccer race to 7-0-0 with a 3-0 victory over Harrisville.

But it wasn’t easy as the Knights had to exert relentless pressure on the Pirates goal to break through for three second half goals.

“This is the West and nothing is easy. We played well in the first half but Harrisville played well defensively. They are a young team but Rick (Harrisville Coach Rick Bearor) had them ready and they will be tough in the playoffs,” said Coach Marcellus.

“We just kept the pressure on and we were able to get three goals.”

Lisbon broke through for three goals in the final 23 minutes starting with a Miles Gendebien goal in a scramble. Gendebien netted a rebound after Harrisville keeper Nolan Sullivan blocked a direct kick by Chase Jacobs. The second goal came with the startling swiftness one minute later like lightning out of a clear sky when sweeper Ben LaRock lasered a low 35 shot off the near goalpost and past a diving Sullivan (4 saves).

“That shot by Ben was one of the best I’ve seen,” said Coach Marcellus.

“Defensively we played very well, these guys just don’t give up many scoring chances.”

Gendebien scored his second goal of the game on a penalty shot after drawing a foul with a dribble drive at the top of the penalty area.

Heuvelton 4 - H-D 0: The Bulldogs defended their second place status in the West scoring three goals in the second half. Four different players scored.

DaKota Mouthorp scored in he first half unassisted and in the second half set up Katie Cunningham and eighth grader Saige Blevins for tallies.

Bella Doyle opened the second half scoring with a goal from Chastity Johnson and Leanne Dietschweiler had six saves in the shutout.

Hammond 7 - Morristown 4: Hailey Manning tallied four goals and assisted on pair of tallies by Ava Howie for the Devils who broke away from a 2-2 halftime tie. Mia Tulley scored Hammond’s final goal and Landree Kenyon and Zoe Cunningham passed out assists.