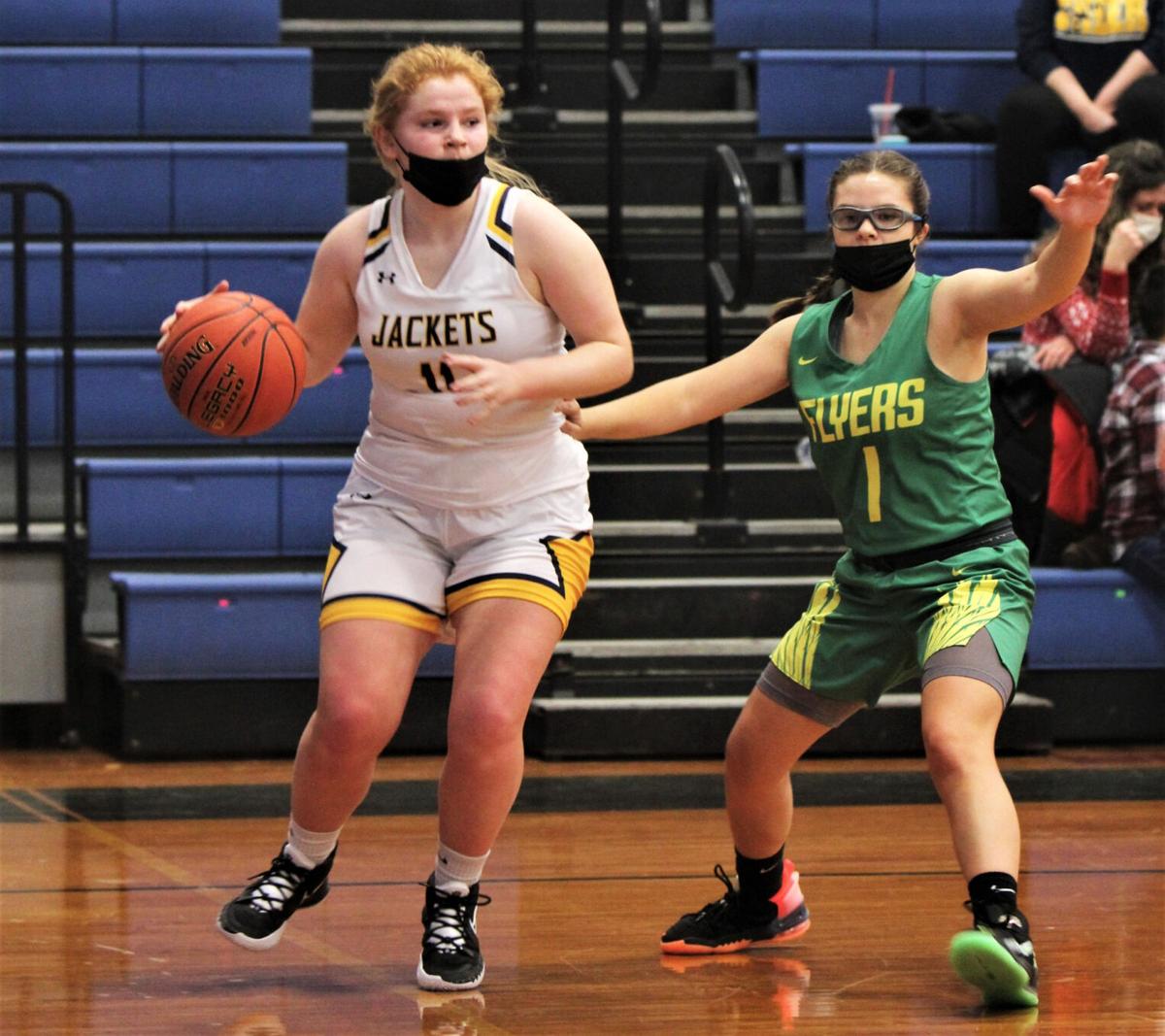 Equal efficiency at both ends of the floor manifested itself on the scoreboard of Bill Merna Court on Friday night as Madrid-Waddington claimed the championship of the 21st Annual Ben Cordwell Memorial Girls Basketball Tournament with a 55-21 victory over Norwood-Norfolk.

OFA downed Morristown 55-25 to win the consolation game and M-W used a second half turnabout to best N-N 47-33 in the Junior Varsity Championship game.

“The Girls are playing good defense and our guards Lily LaMere and Grace Plumley are really playing smart basketball,” said M-W Coach Bryan Harmer after the Yellow Jackets (7-1) used different extensions and variations of zone and man to man defense and diligent defensive rebounding to limit a solid N-N club to single digit scoring in all four quarters.

Plumley scored seven points in the first quarter where M-W took an 18-8 lead went on to score 25 points with five 3-pointers, six rebounds and three steals as the Tournament’s Most Valuable players.

LaMere (2 points) also grabbed three steals and the duo used crisp bounce passes to facilitate the fast break and to set up post players Hailey Marcellus who scored five points and grabbed seven rebounds and Natalie Pearson who finished with 11 points and six rebounds and received her team’s Sportsmanship Award.

OFA (2-2) bounced back from a first round loss and received 37 interior points from the trio of All-Tournament selection Abby Raven (16 points, 14 rebounds), Olivia Merrill (15 points, 8 rebounds) and eight points off the bench from Jaedyn Award who received the team’s Sportsmanship Award.

Madrid-Waddington used a swarming fullcourt press to trigger a 30-10 advantage in the second half to win the Junior Varsity title. Hannah Manson led the comeback scoring nine of her 16 points in the second half and received her team’s Sportsmanship Award.

Zara Cordwell netted six of her 11 poinrts in the fourth scoring and other scoring contributions came from: Reese Durrant (4), Lillian Todd (6), Kaitylyn Putman (1) and Erica Bates (9).

Outstanding team speed led Lisbon to a 52-18 win over OFA in the Junior Varsity Consolation game.