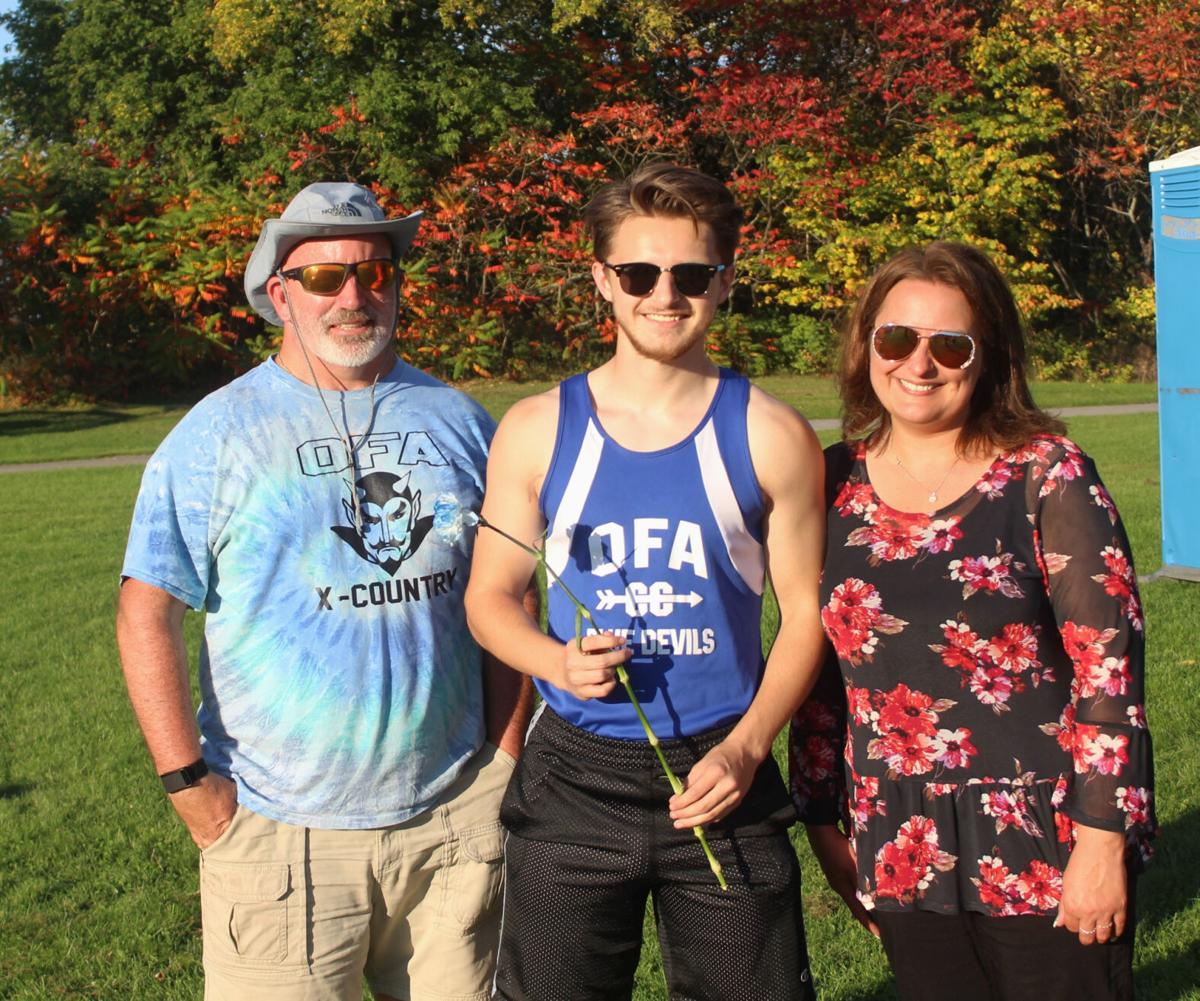 Emma Murray heads to the fnish line for OFA at Tuesday’s meet with N-N and Malone. Dave Shea/The Journal 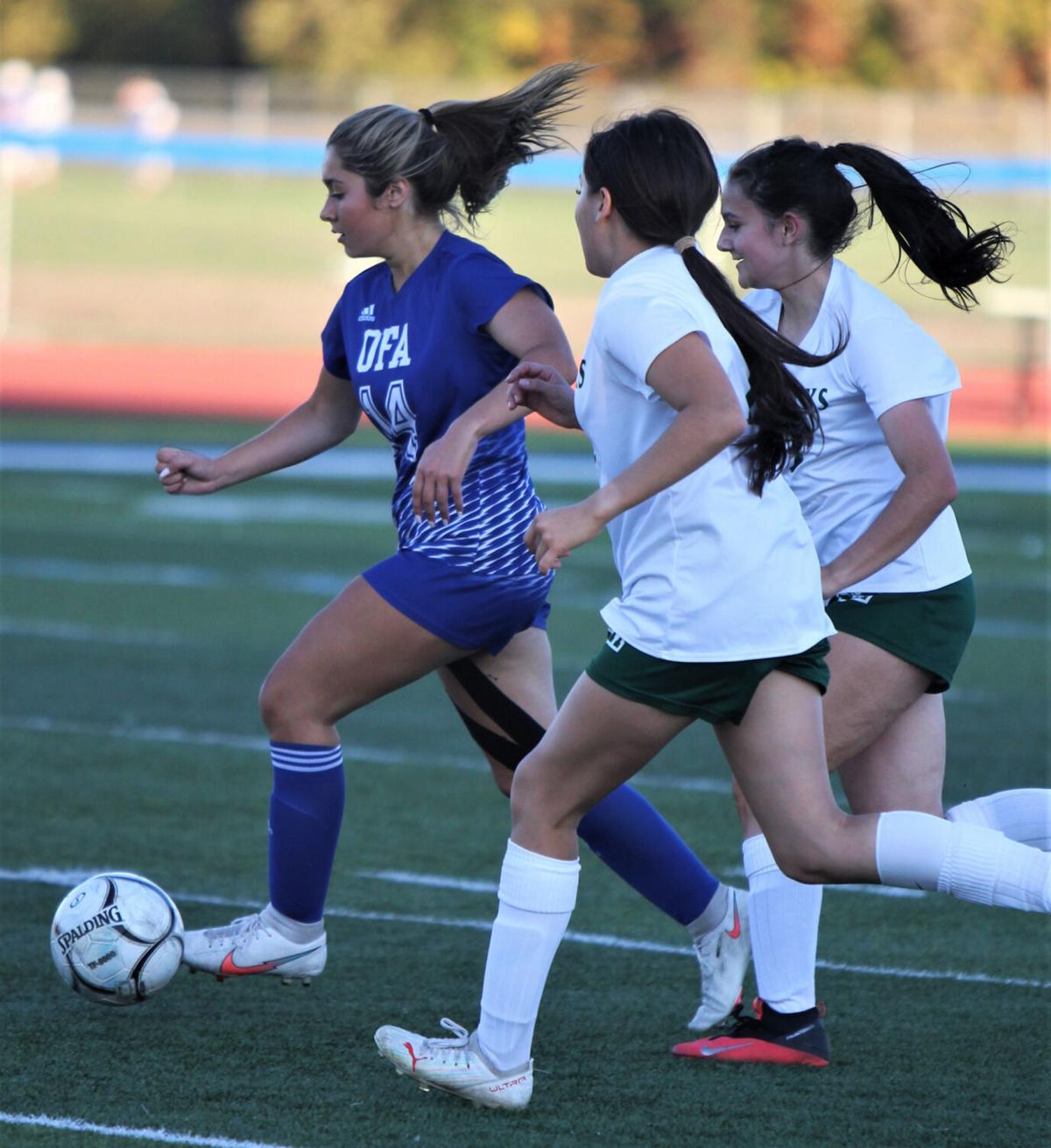 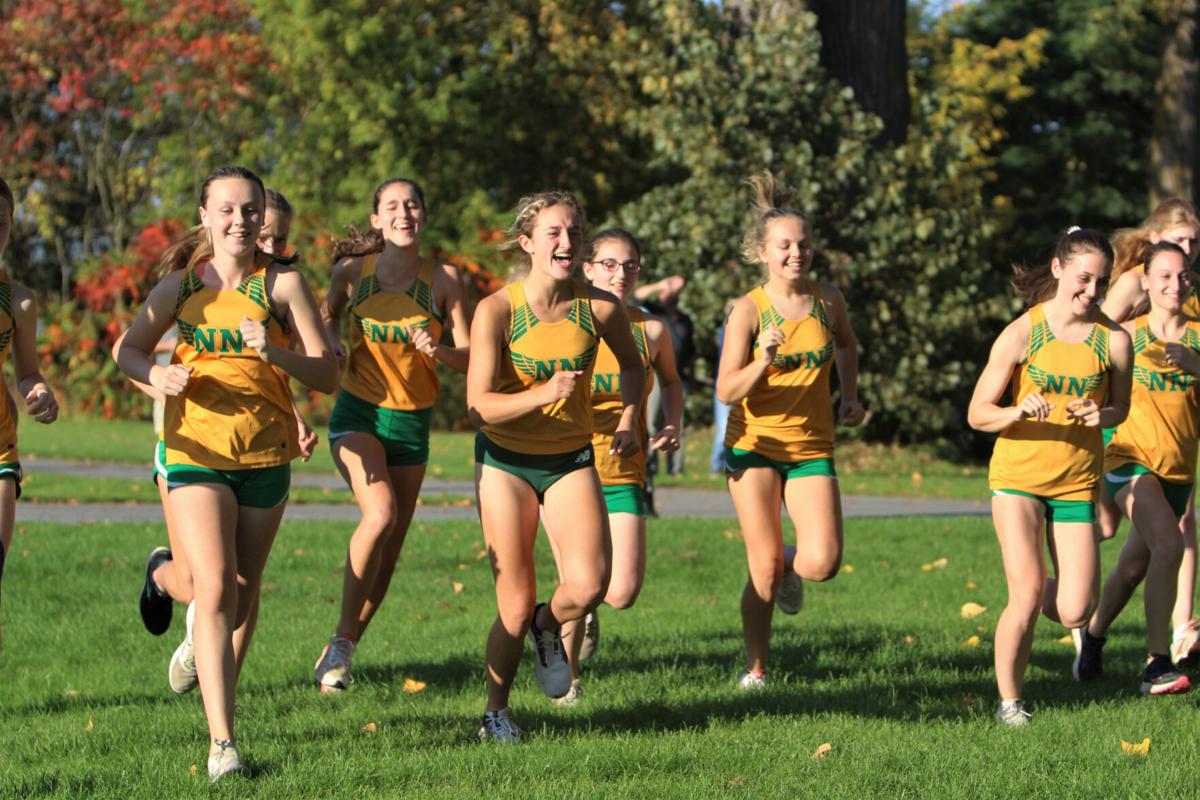 The Norwood-Norfolk Girls head into the varsity race at the OFA Cross Country course on Tuesday. Dave Shea/The Journal

Emma Murray heads to the fnish line for OFA at Tuesday’s meet with N-N and Malone. Dave Shea/The Journal

The Norwood-Norfolk Girls head into the varsity race at the OFA Cross Country course on Tuesday. Dave Shea/The Journal

The OFA Cross Country runners hosted their first and only meet of the season at their course at the Ogdensburg State Psychiatric Center grounds and the only senior runner, Matt Golden, was recognized as the Devils hosted Norwood-Norfolk’s two undefeated teams and Malone.

Senior sweeper Cadence Payne and fullback Emma Lalone were cited by Coach DaKota Brady for leading the defense and senior midfielder Paige Pinkerton assisted on two goals to spark the offense for the Devils.

“A great effort from all of my players in the win tonight. The changes we’ve made from our first game until now have been tremendous. A lot of that can be attributed to our senior leadership,” said Coach Brady.

“The girls have worked hard and responded to coaching well. My eight seniors have made it easy for me to transition into my first varsity job with their consistent work ethic and drive to get better. We hope to to continue this positive improvement in our game against Canton on Thursday.”

Ella O’Neil bookended the scoring with the first and fourth goals and both were assisted by through passes from Paige Pinkerton.

Azlyn Richardson scored the second goal from the center of the field off a cross from Caitlin Kelly and Hanna Costello created a 3-0 halftime margin by chipping the ball over Salmon River keeper Mia Leroux who finished with nine saves.

State-ranked Massena (11-0, 13-0, no. 20 Class) moved one win away from clinching at least a share of the 2021 NAC Central Division regular season title in a 1-0 decision over second-place Gouverneur (8-2-0, 8-3). Kristen Oliver headed a corner kick by Libby Rogers just 2:24 into the second half and Bella Cromie made six saves for a shutout

Norwood-Norfolk’s two undefeated varsity teams claimed team and individual honors in the meet at OFA where the Devils had two entries in the varsity race but fielded modified teams which continued to show promise for the future.

Malone was also incomplete in the race.

“Matt Goolden has run track for several years and we are glad he is with us in cross country. He is a very good student and has visited several colleges,” said OFA Coach Chris McRoberts.

“We are hoping that he keeps running where ever he choses to attend college.”

Watson Chodat of Malone led the varsity race in 16:59 and Dominic Fiacco took second at 17:30 and led a string of five Flyer scorers who posted a 20-35 victory.

OFA’s Jaxson Skelly (10:18) and Lucas Downie ran 1-2 in the Modified Boys race and Brody Brenno, Carson Murray and Paydon Merz took eighth and 10th. Rounding out the pack were:

Ayzia Brothers of N-N was the medalist in the Modified Girls race in 10:24 and Kaitlin Finley (12:10), Mary Compo and Annabell Curtis placed sixth, seventh and ninth for OFA.