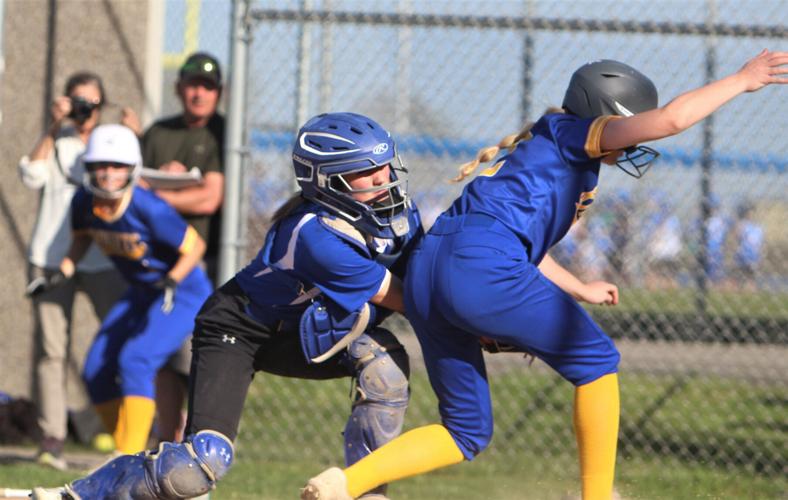 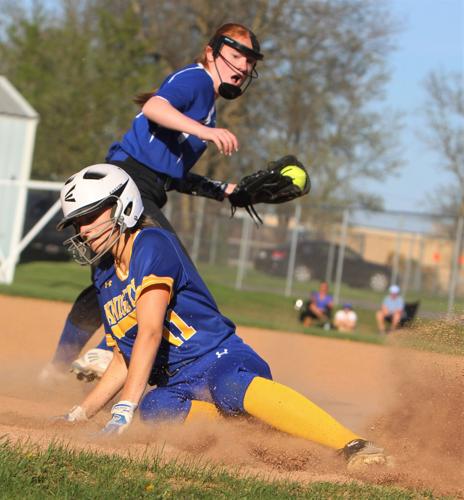 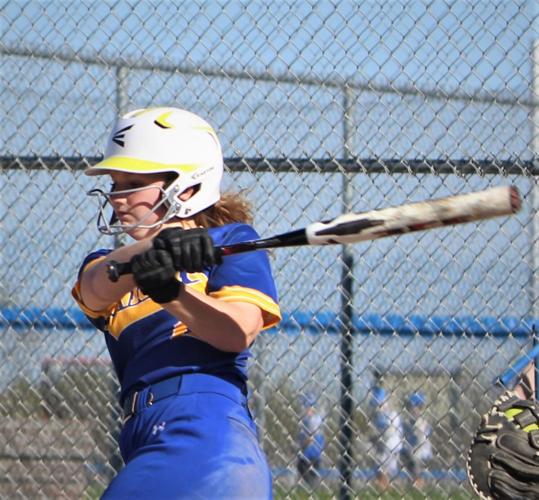 But the Devils managed to bunch four of their seven hits into the fourth inning where they scored three runs to take a 4-2 lead and added a vital run in the bottom of the sixth when Katherine Smith drilled a long double and scored in the 5-3 win.

“It was a good softball game today. Both pitchers pounded the strike zone. Bailey (Friot) pitched very well and hit her spots with 14 strikeouts. Katherine Smith had a big hit late and came around to score to give us a little cushion,” said OFA Coach Henry.

“Quinn Crosson made a huge play for us at thirdbase in the seventh. We have a big doubleheader on Thurday (at home vs Malone).”

Gabby Taylor and Rachel LaRock singled and scored in the first inning and Richardson reached in the sixth inning on a fielders’ choice and scored. LaRock also doubled in the game and Emily Jordan singled.

“Gabby Richardson has been able to keep us in games because other teams just don’t see her type of pitching very much,” said Lisbon Coach Ray LaRock.

“She pitched well today and and we could have done much better but we bobbled some plays in the infield which we normally make. The Girls have fared well in nonleague games getting four wins and we were looking to get another one today. But It was a good game.”

In NAC Central action Canton downed Gouverneur 10-7 in softball and 10-0 in baseball.

“Hermon-DeKalb played a great defensive game we just found the gaps and made them count. It was a good game,” said Harrisville Coach Tim Fuller.

Nolan Sullivan also went 3-4 at the plate with 3 RBIs, Brennan Loos also had three hits and added a sacrifice and Trent Briggs went 2-3.

Canton 10 - Gouverneur 7: The Lady Wildcats generated the best offensive showing of the season against the Canton pitching combination of Hadley Alguire and Ava Hoy. Alguire (8 Ks) pitched the first five innings and returned in the seventh to close after Hoy (3 Ks) pitched the sixth.

Alguire and Cate DeCoteau delivered three hits for Canton and Lucy DeCoteau and Ava Hoy each came through with two.