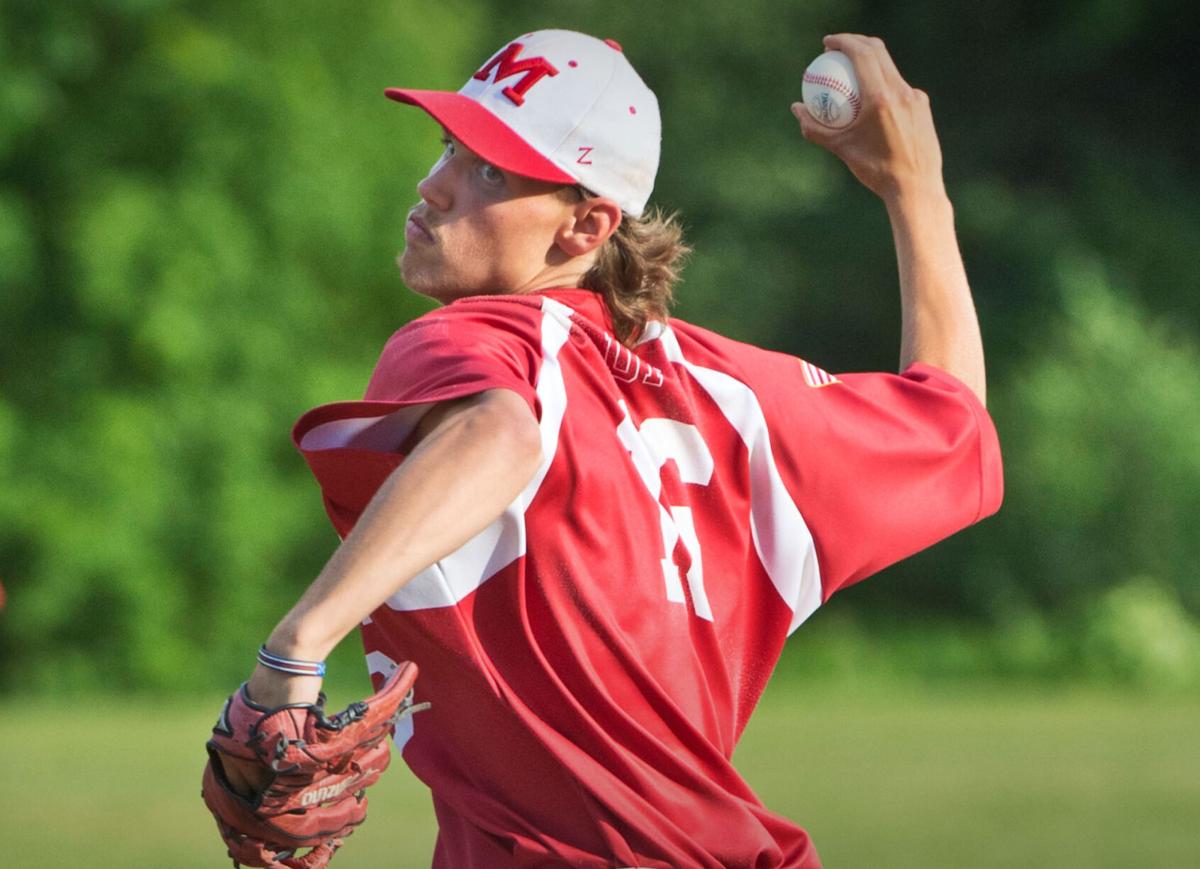 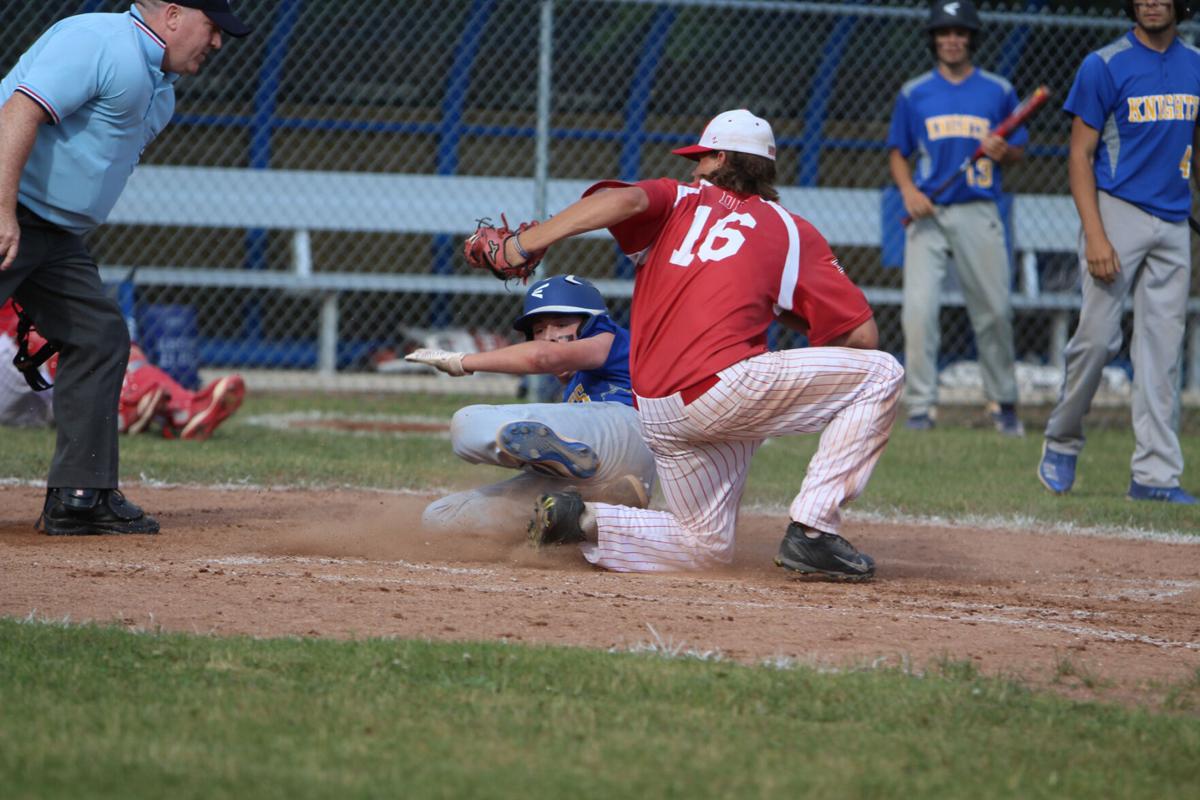 Central Division Champion Gouverneur and Massena split a doubleheader in their only meetings of the NAC Baseball season.

The 14-3 Wildcats and 11-4 Raiders earned a chance to play a rubber game in their season series and play for the first Overall Section 10 Baseball Championship offered since 1985 with semi-final wins on Wednesday. The title game will be played at Canton at 5 p.m. today.

The games were played before big crowds at Lisbon Central and at Mills Park in Gouverneur.

“It was really great to come here and see what a great facility that Lisbon has and it was great to see so many people here watching the game,” said Massena Coach Greg Paquin.

“It was just a tremendous atmosphere for baseball and big crowds backing both teams,” said Gouverneur Coach John Free, the father of Heuvelton outfelder Braeden Free, who coaches a summer baseball team and an AAU basketball team which includes players from Gouverneur and Heuvelton.

Zach Monacelli pounded the strike zone and Massena pounded the baseball to exploit six Lisbon errors starting with Chris Paige crushing a triple as the first batter of the game. Paige went 4-for-4 and figured in all four of the Raiders’ scoring sequences and Monacelli drove in three runs with a double and a single.

Monacelli struck out 11 and walked only one scattering six hits and did not allow a run until pinch hitter Armando Lazaro stroked a two-out pinch-hit RBI single in the bottom of the seventh inning.

“I told the guys not to feel bad because we lost to an exceptional team. We have played Massena over the years all through youth baseball and we knew that this would be a very tough game,”said Lisbon Coach Dave Gravlin.

“It was a good game and we could have made it closer if we made a few more plays in the field and got a few more hits. But Zach Monacelli is just a beast on the mound and he is a better catcher. We had a great year but we didn’t face a pitcher who threw as hard as Zach.”

Monacelli drove in three runs with a two-run double in a five-run third inning and singled in Paige, who singled, in the fourth inning. Massena’s number one pitcher, JCCC bound David Dubray, singled twice with a RBI in the third inning and Thomas McGregor, Nate Eastwood, Emery Deshaies and Brennin Snyder all singled.

“Zach Monacelli and Ethan Firnstein are like 2 A and 2B in our pitching staff. We are blessed to have three pitchers as good as David, Zach and Ethan,” said Massena Coach Greg Paquin who led his team to a 7-0 win over Malone in the Section 10 Class A Championship game.

“I felt confident that we were going to hit the ball well today and Chris Paige set the tone with that triple as the first batter of the game. The guys also hit the ball very hard against Malone and we have a veteran group with eight seniors.”

Lisbon’s hits in the game came from catcher Jack LaRock who threw out two runners trying to steal secondbase, Ben LaRock, Trent Williams and Storm Walker and Armando Lazaro who singled in their only plate appearances.

Gouverneur made economical use of fourth hits to shade Heuvelton in a contest where the two teams combined for seven one-run innings.

The Wildcats pushed across the game-winner in the bottom of the fifth where Jared Wilson reached on a walk and scored on a sacrifice fly by Connor Wood.

The duo also combined on the mound with Wood starting and Wilson finishing.

“We struggled today in ever aspect of the game. Connor Wood had some pain in his shoulder so we had to go to Jared Wilson,” said Gouverneur Coach John Free.

“Heuvelton was great today and made all the plays they needed to. We made a few plays late and it was enough to get us to the finals. It was a great high school baseball game.”

Cayden Storie made the defensive play of the game in the fifth inning with an outstanding catch in centerfield on a long drive by Adam Calton.

Storie also singled in Wood in the second inning, Gabe Wainwright singled home Kyle Gaumes in the third inning and Gaumes plated Holden Stowell with a single in the fourth inning.

Heuvelton scored in the second inning with Brandon Pray singling and coming across the plate on a single by Nate Mashaw. In the third Jordan Sawyer doubled and scored on a sacrifice bunt by Matt Basford and two errors led to Mashaw scoring in the fourth inning.

Jed Crayford, Adam Calton and Lucas Thornhill also singled for Heuvelton and Jordan Sawyer and Calton combined on the mound.

“We outhit them 6-4 and both teams had four errors but it was a good defensive game. Storie made an unbelievable catch for them on Adam Calton who would have had a triple and scored a run for us,” said Heuvelton Coach Dave Steele.

“Jordan Sawyer and Adam Calton did another excellent job starting and finishing and Matt Basford had a nice sacrifice bunt. Overall I am proud of how we played and were playing some really good baseball.”