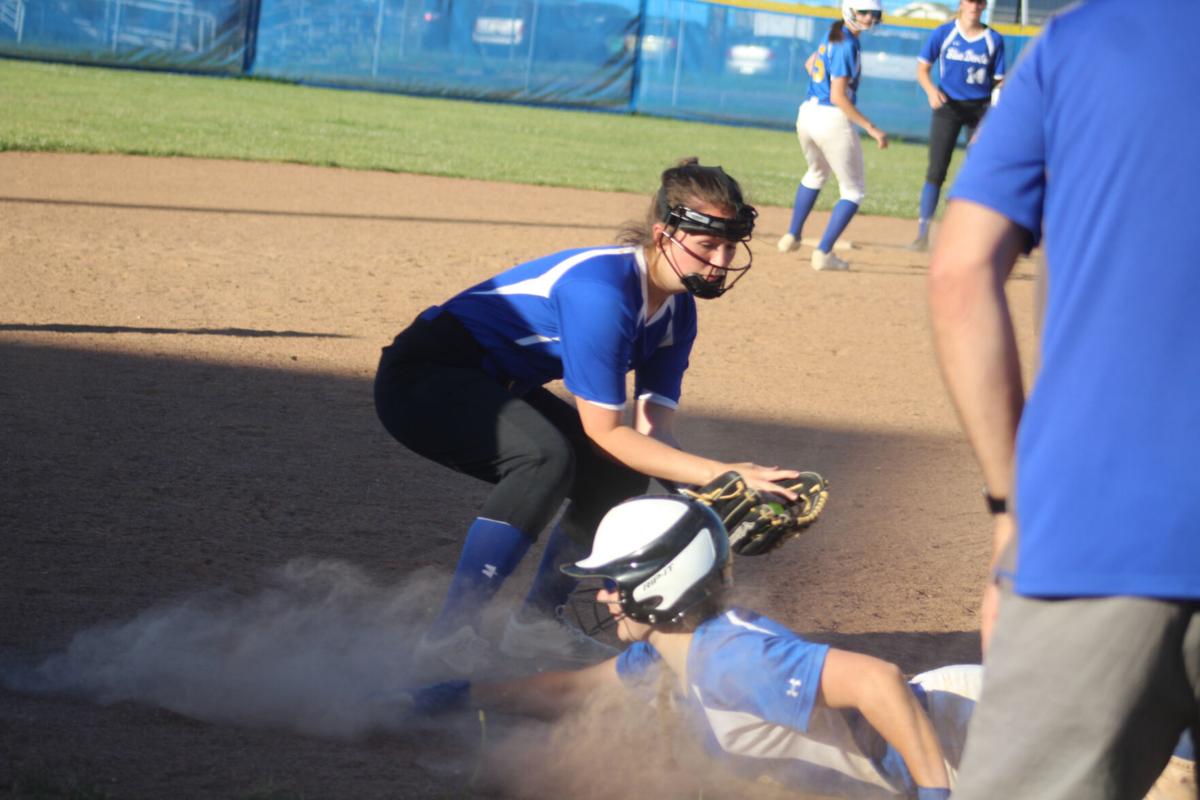 OFA’s Page Pinkerton takes a throw at thirdbase as a Gouverneur runner dives back into the bag. Dave Shea/The Journal 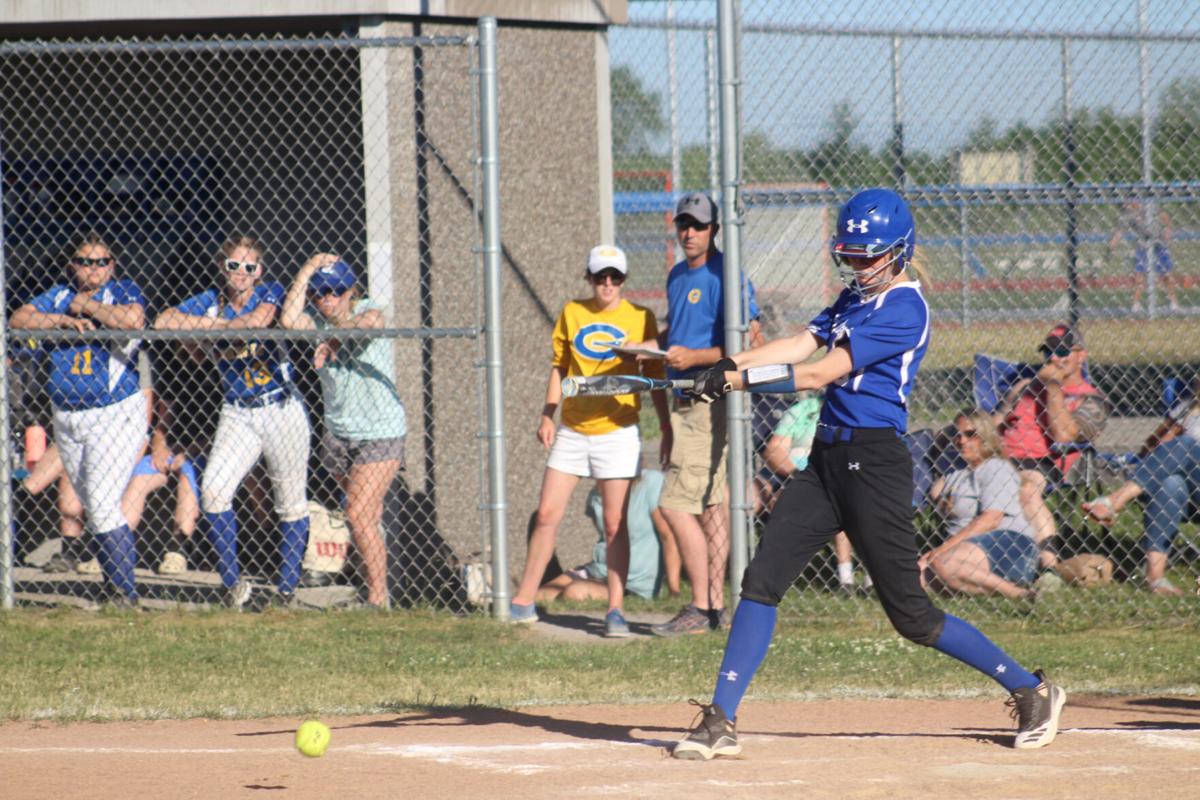 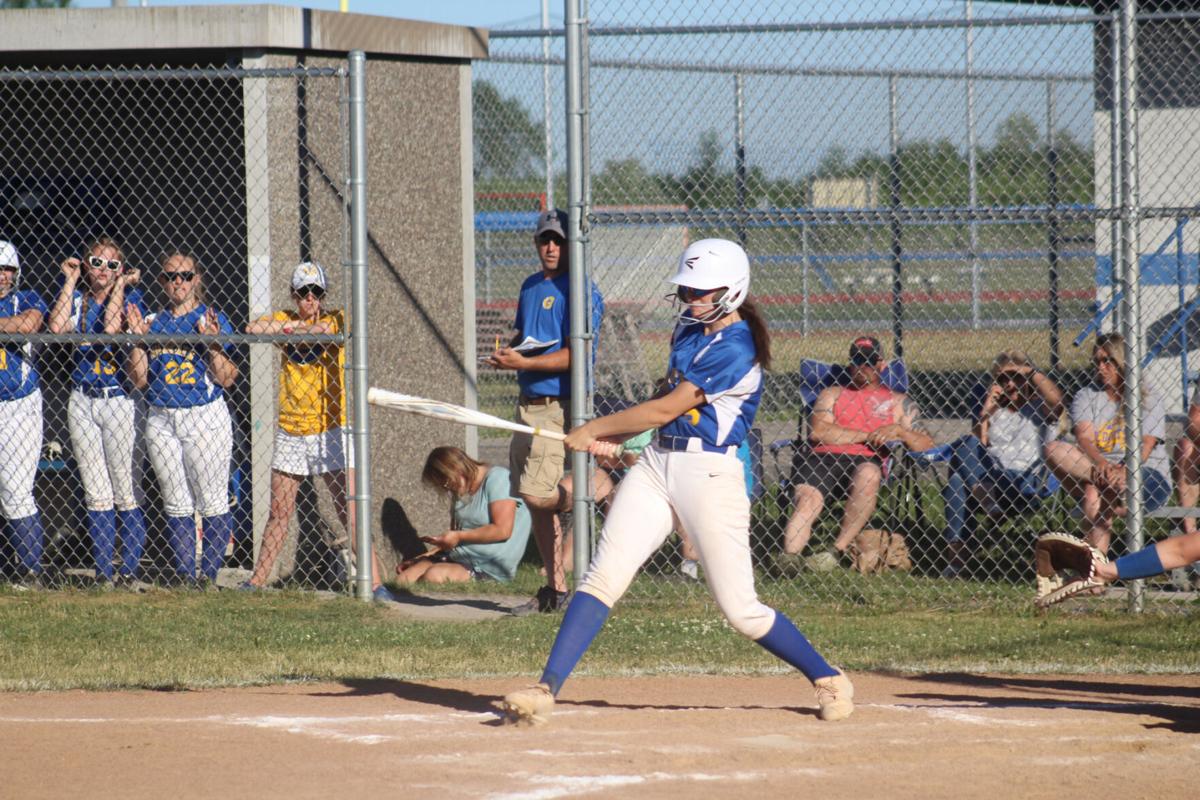 Lia Canel of Gouverneur connects for one of three hits against OFA in Wednesday’s Class B semis. Dave Shea/The Journal

OFA’s Page Pinkerton takes a throw at thirdbase as a Gouverneur runner dives back into the bag. Dave Shea/The Journal

Lia Canel of Gouverneur connects for one of three hits against OFA in Wednesday’s Class B semis. Dave Shea/The Journal

Wednesday’s Section 10 Class B semi-final game at OFA’s Softball Stadium came down to a classic one-inning game after the second seeded Blue Devils scored three runs in the fifth and sixth innings to rally from a 6-1 deficit into a 7-7 tie against third-seeded Gouverneur.

The Wildcats broke the 7-7 tie in the top of the seventh as number nine batter Shantall Sweet stroked a one-out single, Raelin Burns and Elizabeth Riutta stroked two-out singles and Lia Canell doubled to give the Wildcats a 9-7 lead.

Peyton Mussaw, who relieved Burns in the sixth inning, closed out the win with only the second 1-2-3 inning by the Wildcats striking out two batters and enticing a infield fly which Elizabeth Riutta snared to cap an outstanding defensive effort at shortstop. Canell rapped a pair of RBI doubles and a single in the contest where Mussaw singled three times and Ellen Baer and Jordan Youngs doubled.

Burns, Katelyn Clancy and Lexi Devlin all singled for the Wildcats who play Canton in the sectional title game on Friday at 5 p.m. Top-seeded Canton advanced in a 22-1 victory over Salmon River.

“We had two good games against OFA and we played a lot of close games in the last few weeks. The girls just came to play today. Usually our bus rides are pretty quiet but today their was a lot of noise and the girls were excited,” said Gouverneur Rick Wood.

“We played well in the field and got big hits.”

The Wildcats (5-11) used timely hits to capitalize on OFA infield errors and take a 6-1 in the fourth inning but the Devils repeated several rallies of the NAC Central season pulling into a 7-7 with three runs in the fifth and sixth innings. Katherine Smith and Emma LeBeau delivered RBI singles in the fifth inning and in the sixth Bailey Friot belted a long run-scoring double and Paige Pinkerton stroked a clutch two-out two-run single for a 7-7 tie.

LeBeau also delivered a double in the fourth inning where the Devils broke through for their first scoring off Wildcat starter Raelin Burns. Devil hurler Riley Hough, who went the distance in a gritty effort, also came through with an RBI single and Abby Raven singled twice and caught three towering flyballs at firstbase on a day when pop flies were difficult chances because of the infinite backdrop of the cloudless sky.

“Today’s game was a microcasm of the season. We struggled at times to make plays, but showed great grit. We were down 6-1 but came back and tied. A game of inches and a break here and there for sure,” said OFA Coach Mark Henry.

“Hats off to Gouverneur who played very well and made the plays when they needed to. Can’t say enough about our seniors. After almost two years without playing, I am very proud of the season we had. This was a great group of girls and I think that we had a lot of fun this season when it looked like there might not even be a season. Big thank you to Coach LaFave for all of her help again this year and to Coach Brady who did a great job in his first year coaching JV.

OFA JVS Win Finale: The OFA JVs won their season finale on Monday by outscoring St. Lawrence Central 33-17 led by Myra Myers with a homerun and a triple and Taylor Dashnaw with a homerun. Winning pitcher Katherine Barkley and Emma Wagers each singled twice and Delia Hooper and Emily Pribble each added singles. Kalissa Young singled and doubled for SLC.

Canton rolled into the sectional title game with a 22-1 win over Salmon River led by pitcher Hadley Alguire who rapped a homerun and three singles and pitched four innings of the five inning three-hitter. Ava Hoy closed in the fifth and singled twice.