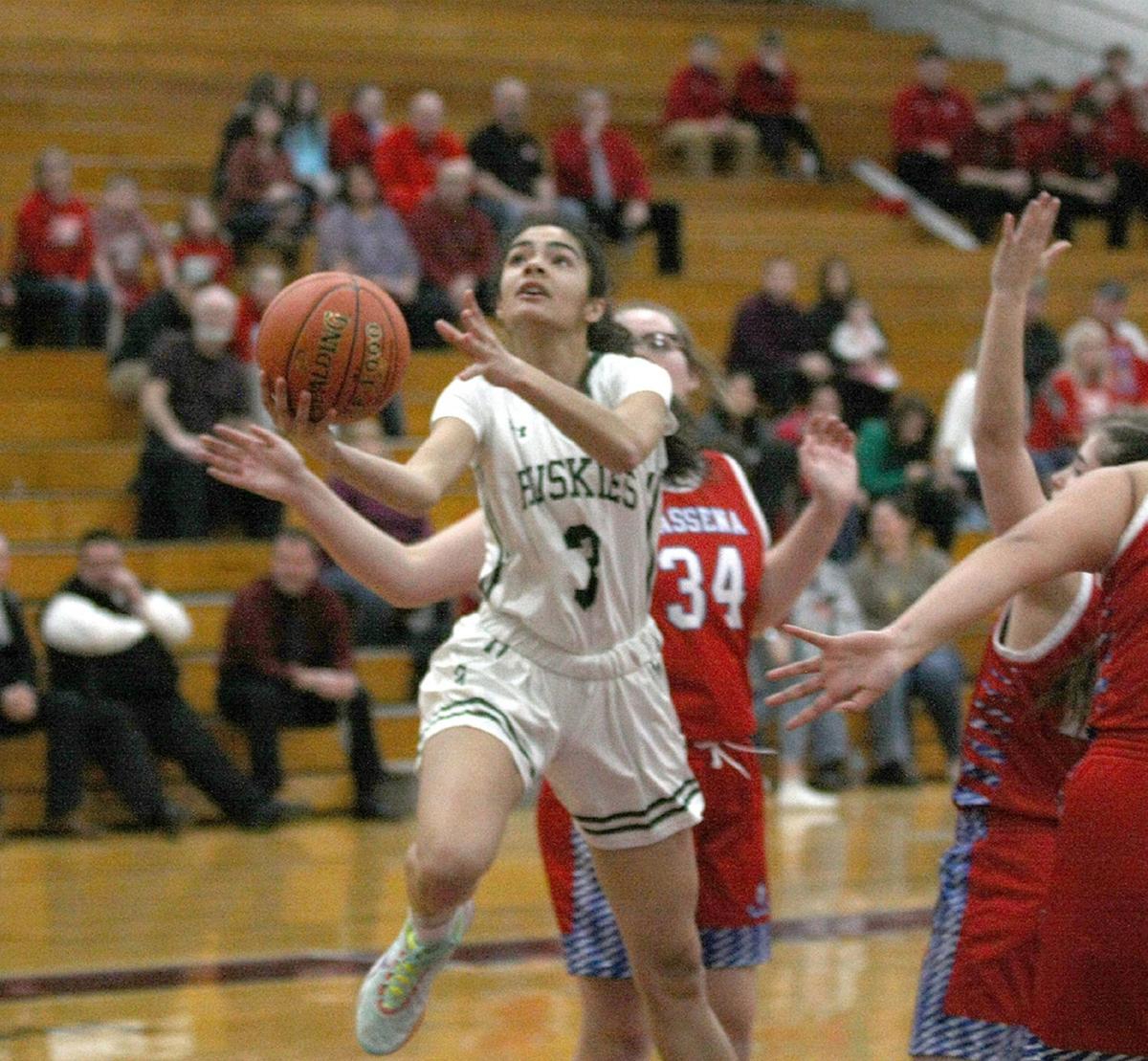 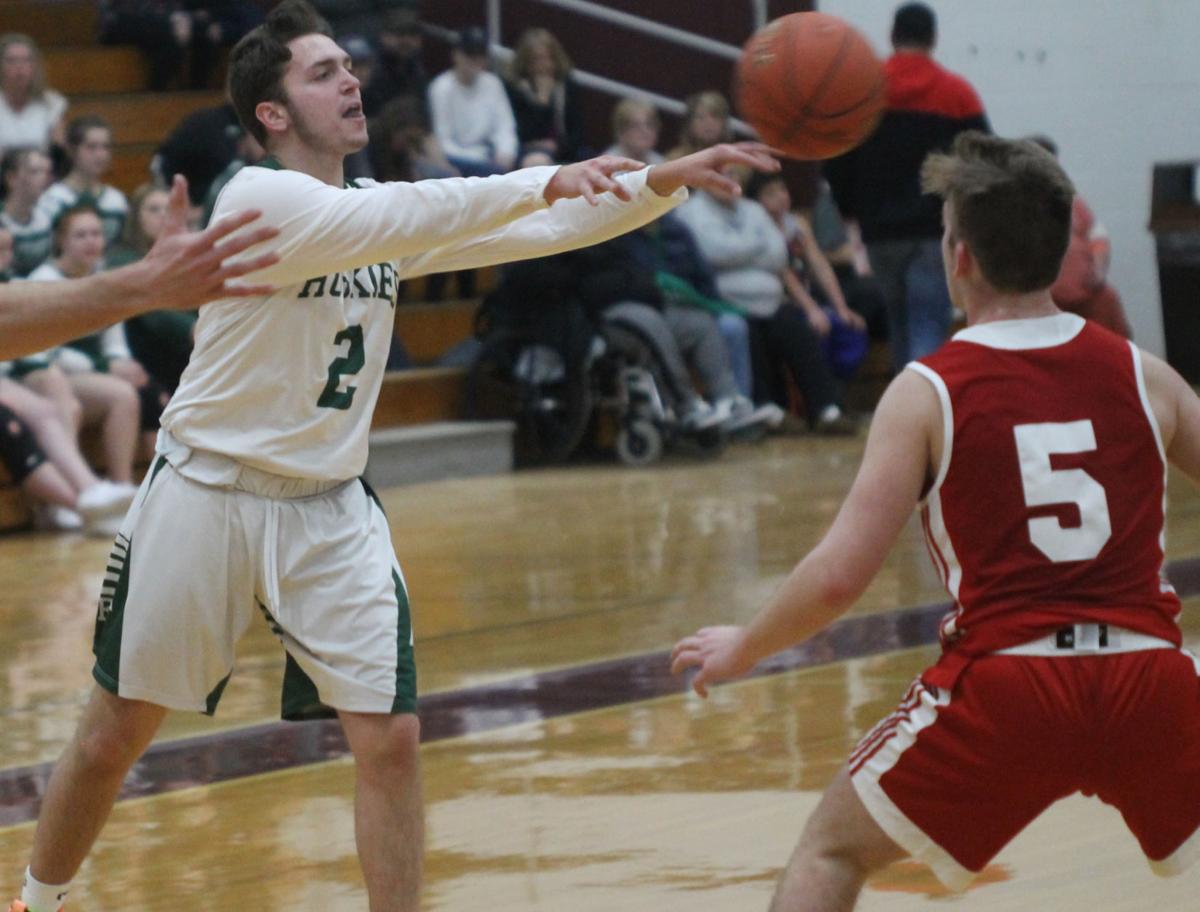 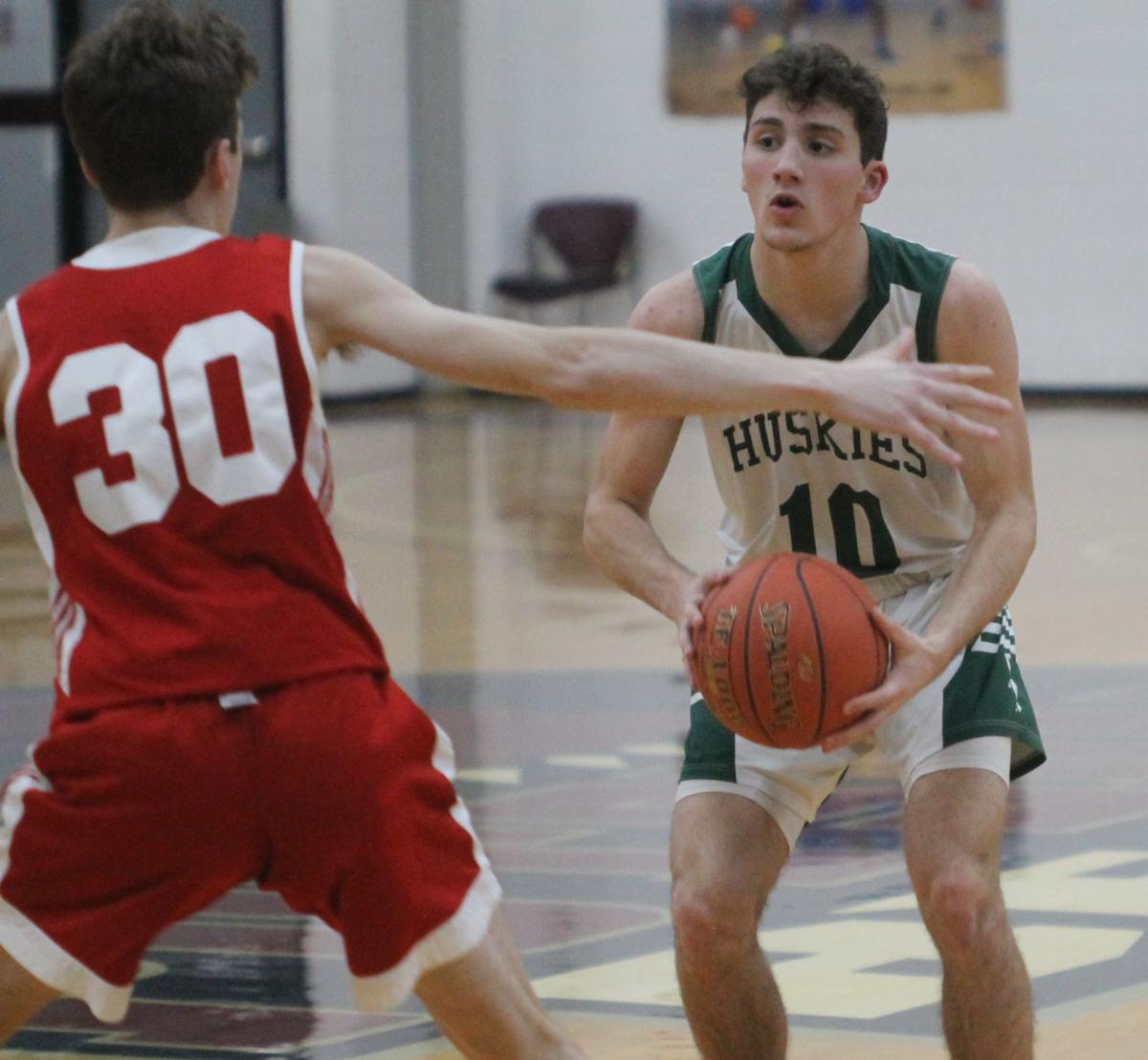 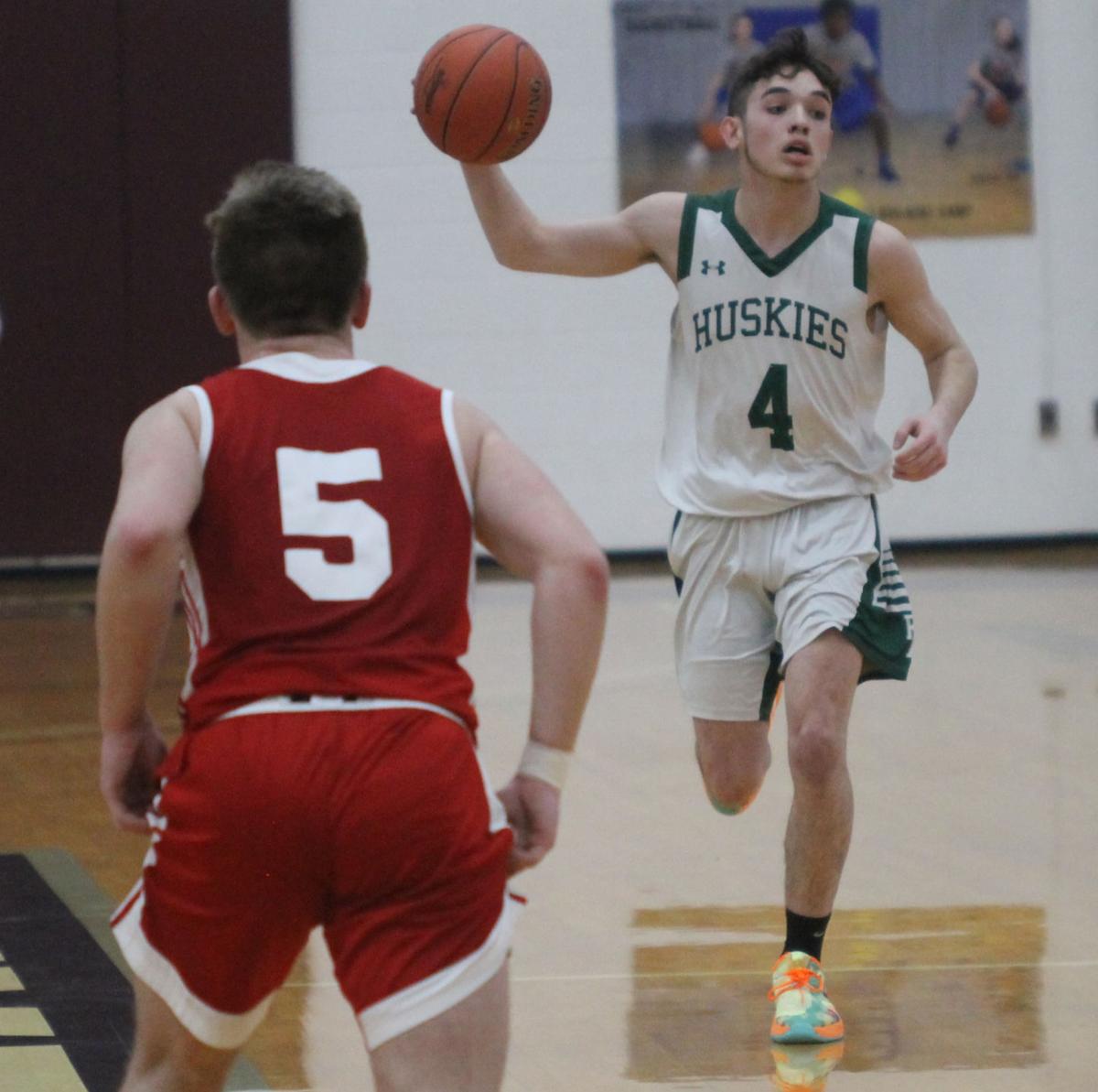 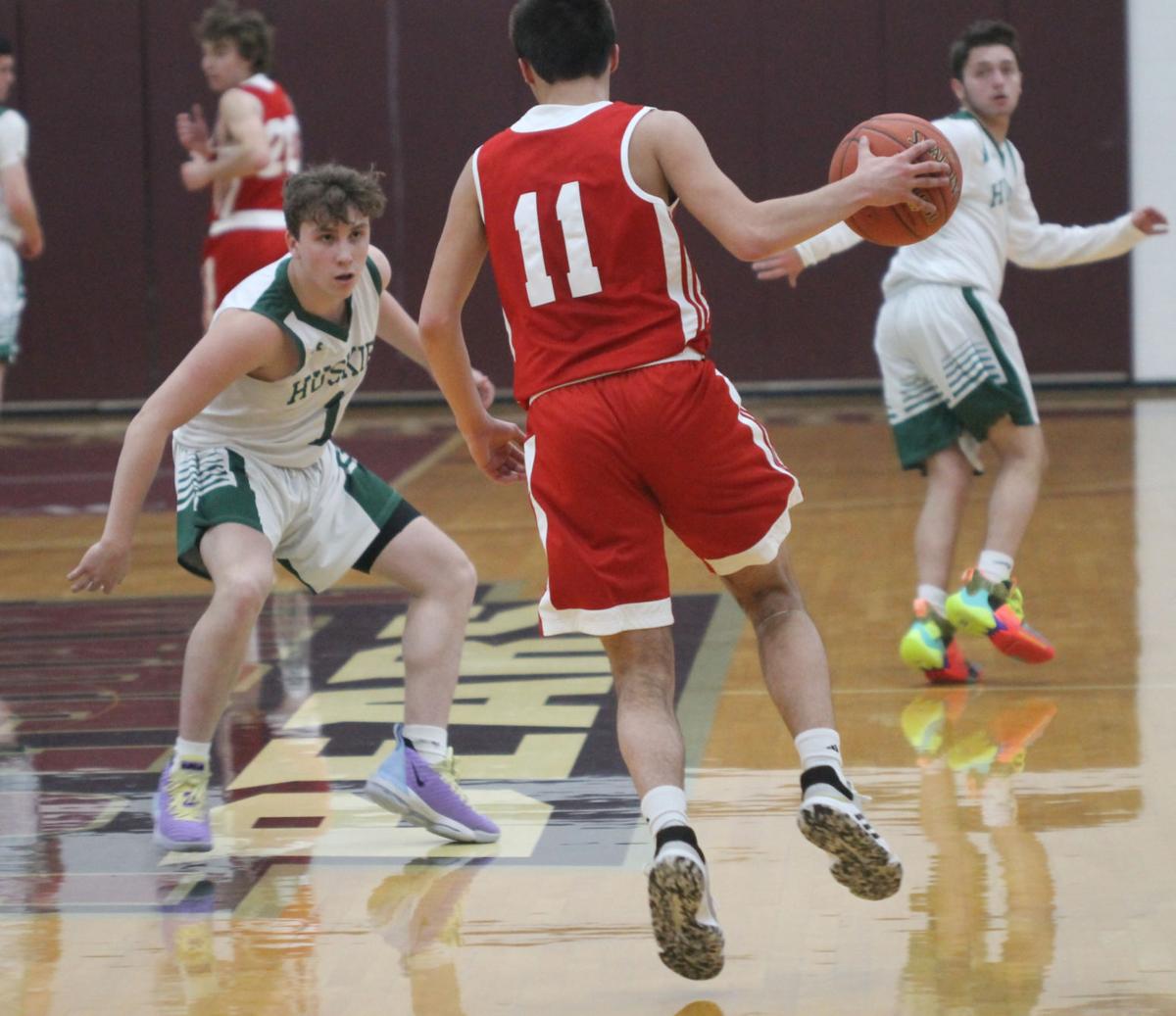 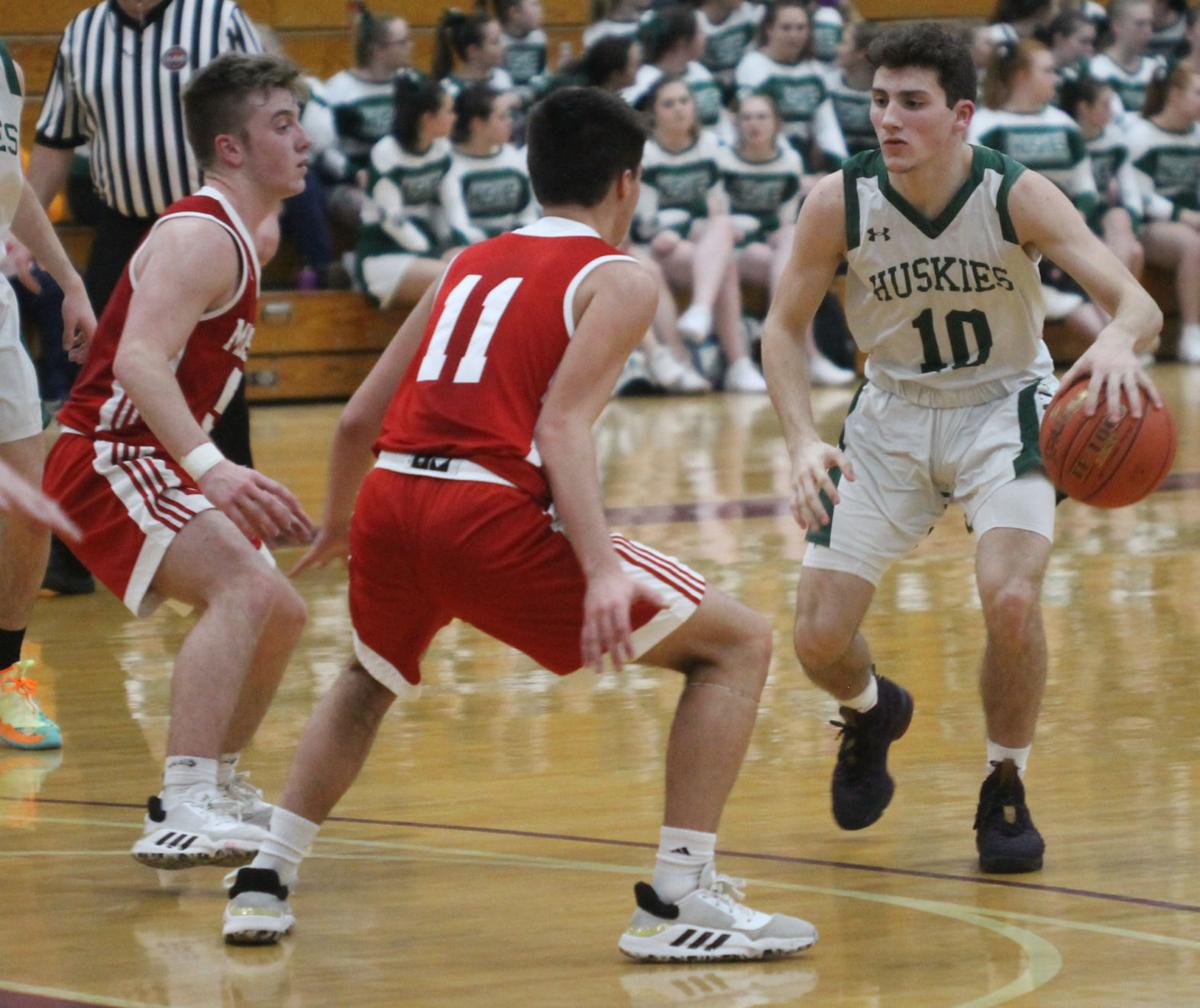 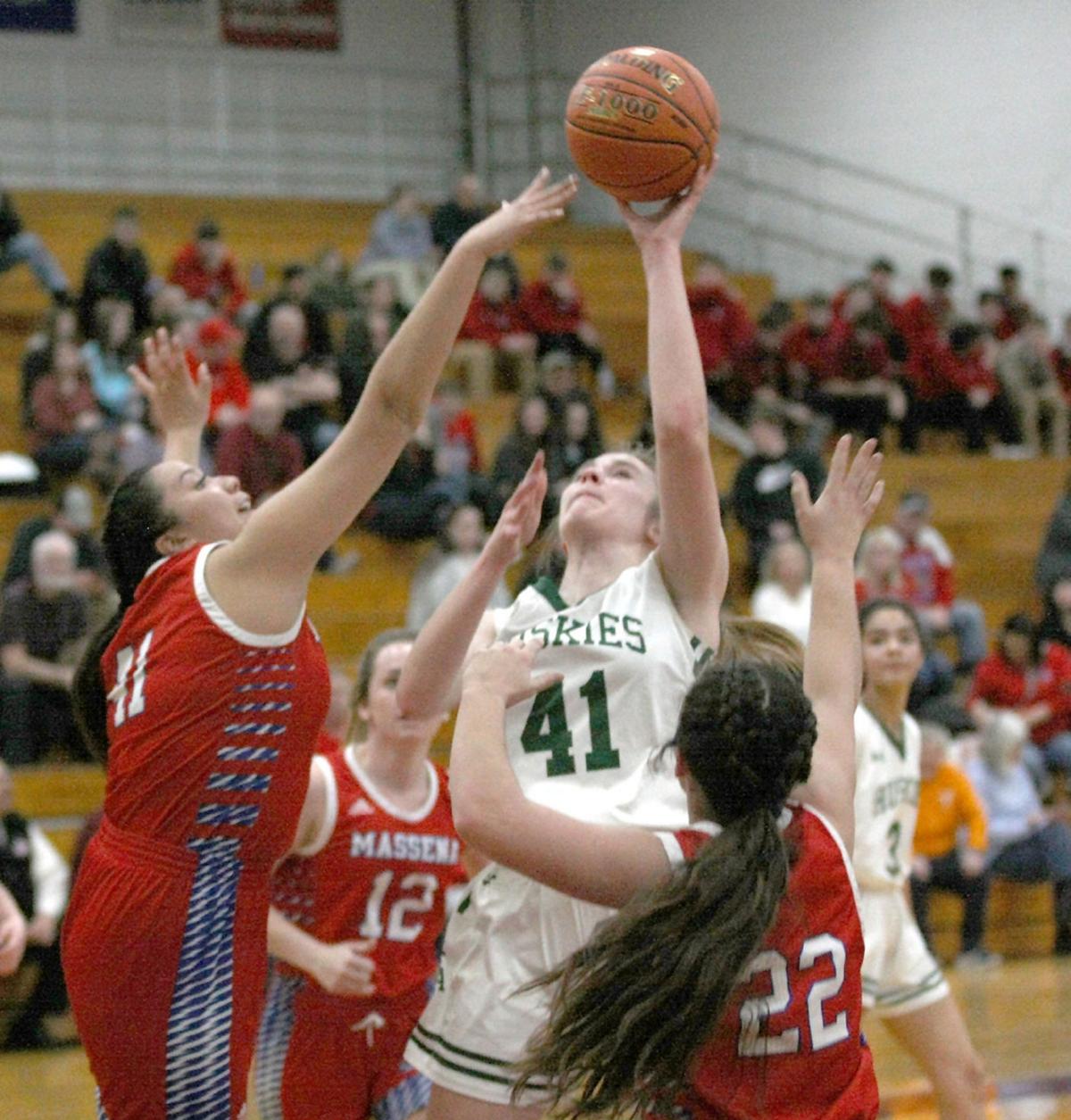 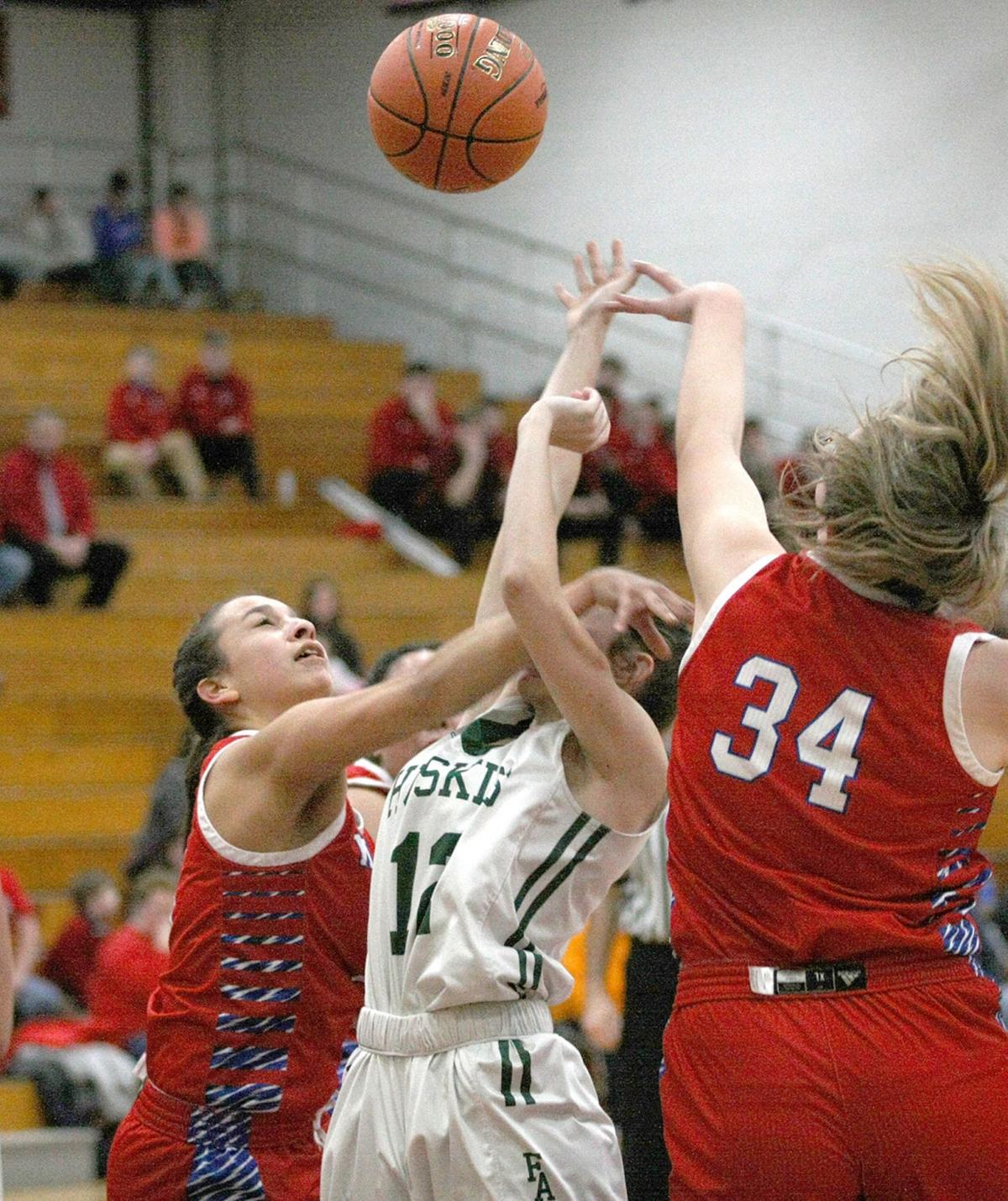 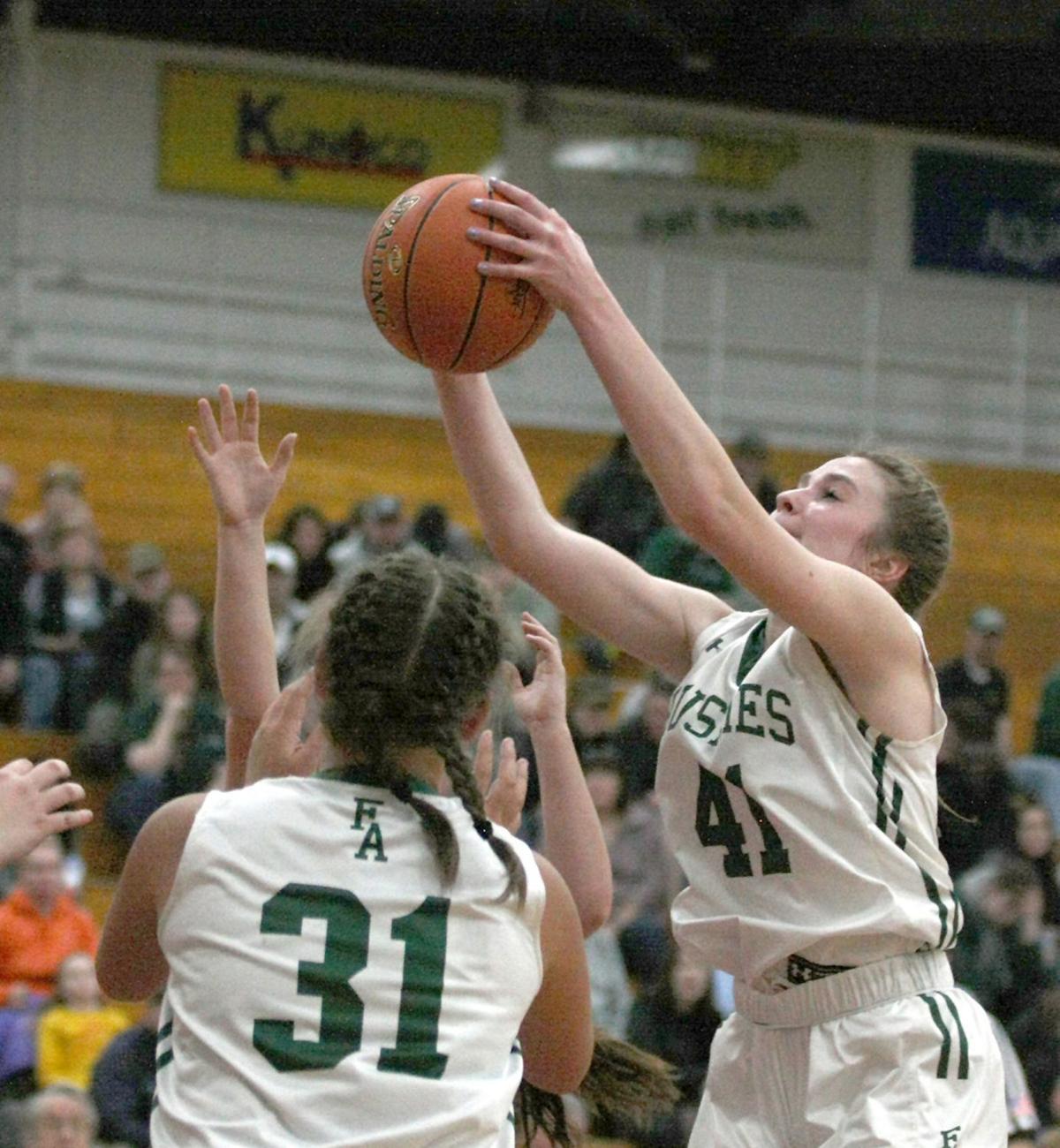 POTSDAM — The Malone girls and boys varsity basketball teams both earned Section 10 Class A championship titles at SUNY Potsdam on Monday, but did so in contrasting styles.

The girls broke out to an early lead and never trailed en route to a 60-41 victory in the doubleheader opener at Maxcy Hall’s Jerry Welsh Gymnasium, while the Malone boys recorded a come-from-behind 55-48 victory to gain their third straight Class A title.

Junior Madison Ansari, who entered the contest 37 points shy of 1,000 for her career, led the Malone attack with a game-high 34 points, including both of the Huskies’ 3-point baskets, pulled down seven rebounds to go along with five assists and four steals.

The Huskies (13-8) opened up the title game with a 10-0 run and led 12-4 after the first quarter. The Raiders didn’t go away and equaled the Malone output in the second stanza, but trailed by eight points at the half.

Malone continued its offensive production in the third quarter, increased its lead to 14 points toward the end of the period and carried a 41-31 lead into the final eight minutes of Massena’s season.

The Huskies didn’t stop there and poured in 19 more points during the fourth quarter, limited the Red Raiders to 10 points and pulled away for the 19-point victory.

“We had a really relaxed practice yesterday (Sunday) and we carried that into tonight. Everyone had a good attitude coming in and the result is exactly what we were looking for — a win,” Malone coach Shelley Skelly said.

“Maddy had one heck of a game,” continued Skelly, who notched her 400th career victory to go along with the team’s second straight title crown.

“We knew that if he (Massena coach Adrian Taraska) started his twin towers (forwards Tori Jacobs and Tsiakoseriio David), we needed to get out and run. And that’s exactly what we did and that played right into our game plan.”

Ansari wasn’t the only Malone player to reach double figures. Senior Leah Gallagher produced another double-double and finished off the victory with 17 points, collecting 20 rebounds, nine offensive, and chipping in four assists.

Massena sophomore Tori Jacobs was a big force down low for the Red Raiders and scored a team-high 18 points with a strong, left-handed shot. Shaylena Mandigo followed with eight points.

The Red Raiders concluded their season at 11-10.

The Huskies will take part in the Section 10 Overall playoffs March 4, against an opponent yet to be determined.

Malone kept Massena from finishing what it started in the boys game at Welsh Gymnasium.

“Both teams had their game plans coming in and Massena did an excellent job of executing theirs in the first half. In the second half, we were much more involved. Instead of letting Massena dictate the tempo, we turns things up and played at the tempo we wanted,” coach Tim Lamay after said the Huskies rallied to down the Raiders, 55-48.

Along with advancing to the NYSPHSAA tournament, Malone (15-6) became the first qualifier for the Section 10 Overall Tournament and will compete in the semifinals next Tuesday at SUNY Potsdam.

The Huskies are also now slated to travel to Cicero-North Syracuse High School on March 11 to take on the Section 3 Class A champion in the opening round of the state tournament.

Against Massena, Malone trailed 17-7 by the end of the first quarter and 26-18 at halftime before gradually working their way into the lead late in the fourth quarter.

Daimen Poirier struck for a game-high 17 points, including the go-ahead 3-pointer with 2:18 remaining followed by a free throw 13 seconds later that made it 49-46 and would hold up as the game-winning basket.