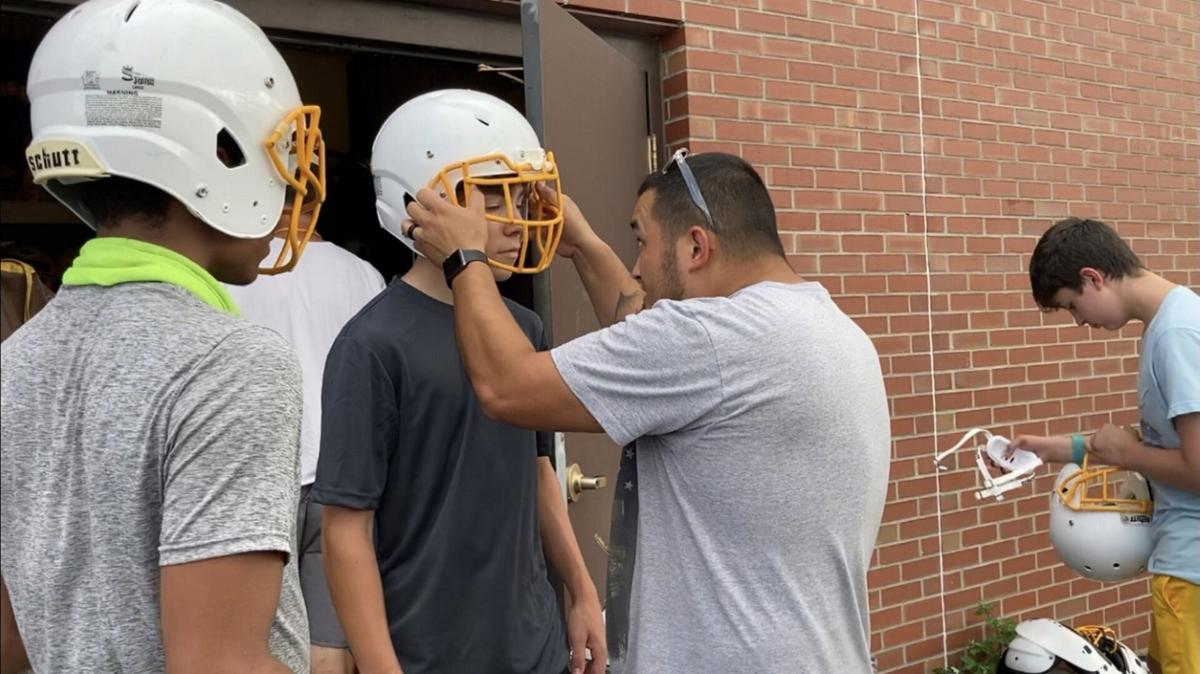 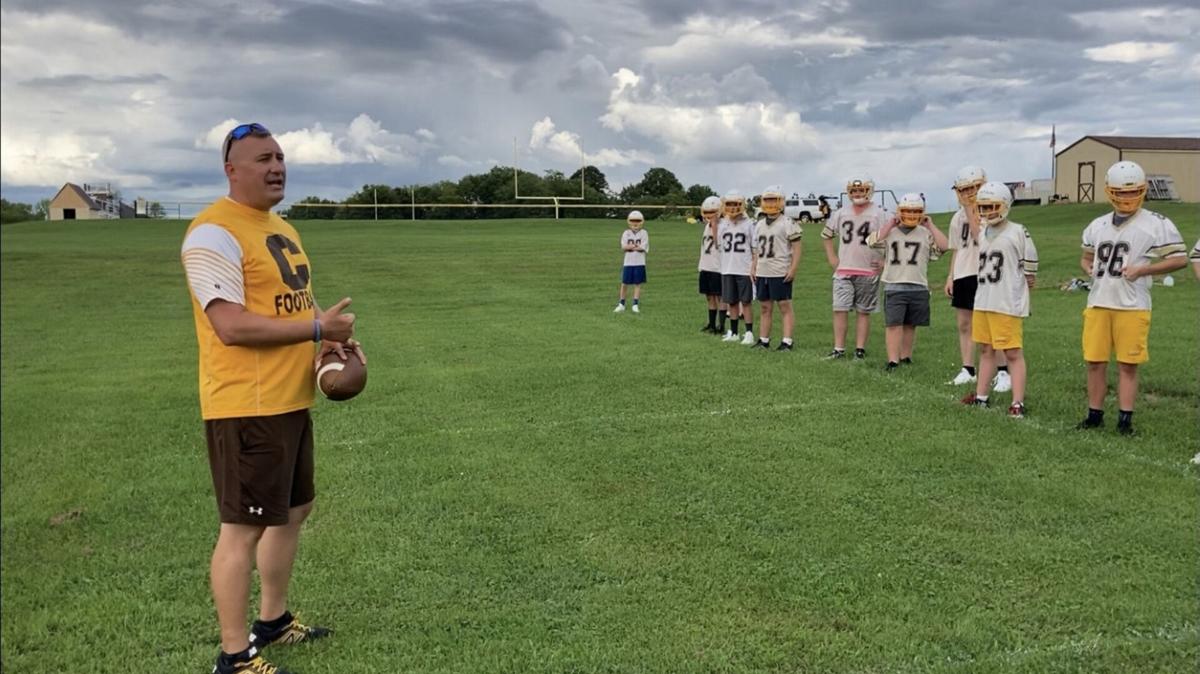 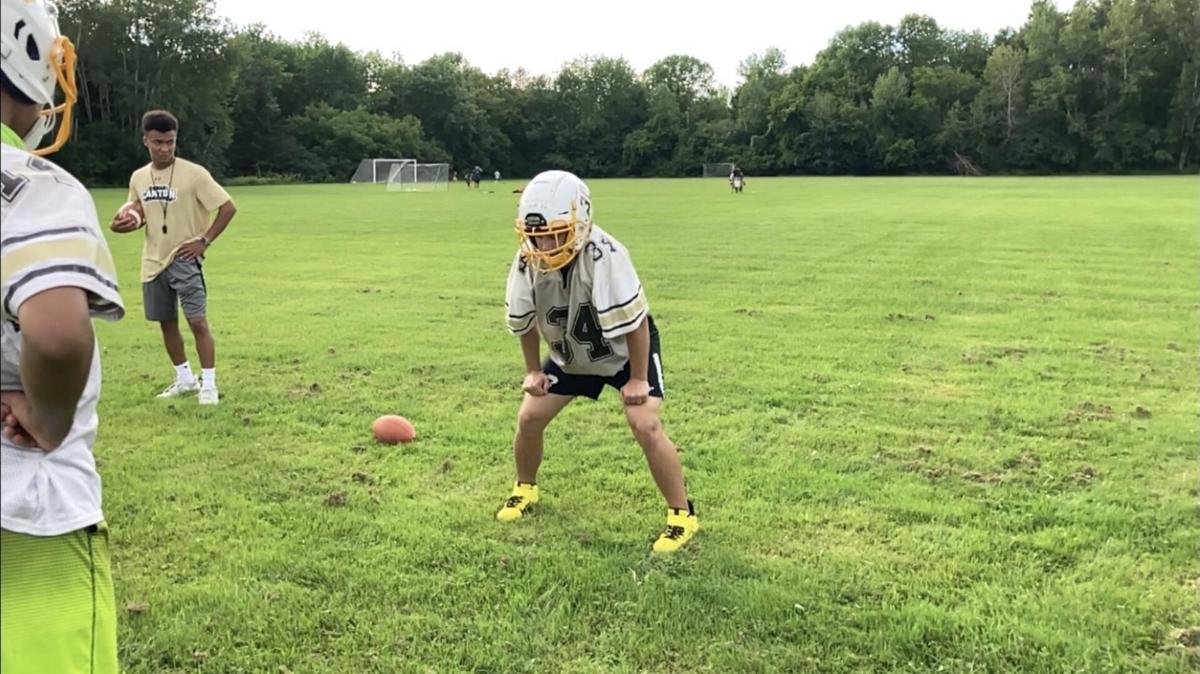 CANTON — The Canton football team had its first practice of the new season Monday and the Golden Bears met their new coach, Corey Maxner, who most of the team already knows.

Tommy Cloce left the program after last year’s two-game spring season because his twin sons were graduating and he wanted to be able to travel to see them play college sports.

Maxner, a Rochester native and SUNY Canton alum, has been with the program since 2016, working mostly with the junior varsity players.

A police lieutenant in Ogdensburg, Maxner finds his other job a lot more relaxing as he worked with the players on both Canton’s varsity and junior varsity teams Monday afternoon.

“It’s just fun to be around youth,” Maxner said. “I’m in law enforcement and work with the negative a lot of the time. We have to give a lot of bad news, so to speak, sometimes. It’s nice to come out here. It’s a different setting. We’ve got these kids who turn every day into a positive. They give you that outlook on life, that next generation, what’s coming. It’s nice to help a lot of them.”

Canton won its two spring games last year, beating St. Lawrence Central and Potsdam. A reduced schedule was played in the spring because of the COVID-19 pandemic. The Golden Bears, and everyone else in Section 10, have not played a full season since the fall of 2019, when Canton went 2-5.

Last spring, the Golden Bears quarterback was junior Daniel Mahoney, who was dangerous both rushing and passing. But Mahoney, whose two older brothers play for their father, Mike, on the St. Lawrence University men’s lacrosse team, is not around this year as he is spending his senior year at prep school.

Mahoney came up when Maxner was asked about his plans for opening day.

One player Maxner will rely on, offensively, is senior running back Zach VanBrocklin, who did not play any fall sports last year.

“It’s been nice to finally be able to take a (COVID-19) mask off and get work done,” VanBrocklin said. “It was a little tough, making sure I didn’t get (COVID-19). It was weird (in spring). It kind of sucked not having all our games. We had a really good team. Today is about getting to know everybody, getting in cardio and getting in shape.”

Another senior leader for Canton is tight end and defensive lineman Jonah Longshore.

“I like seeing all the guys, thinking about what we are going to do this year,” Longshore said. “It starts today. I haven’t seen any of these guys since last (spring). First day is scary. You can prepare, but you can’t prepare for the real things. It’s all legs for the first two weeks. After a full week of practice, I feel better, but it takes two weeks. Football can be fun in practice, but the first two weeks is all conditioning, you can’t hit. You have to get through it.”

Bill Porter, in addition to his athletic director duties, has worked with the football team and is the junior varsity head coach this year. He didn’t have a tough decision when deciding who to bring in to replace Cloce.

“He’s got a great football mind,” Porter said. “He understands the guys, the new generation of kids. He’s great with them on social media and developing relationships and a nice positive rapport. I think they trust him and respect him. He comes from a very good program (McQuaid Jesuit) out in Rochester. He’s bringing a lot of positives to the table.”