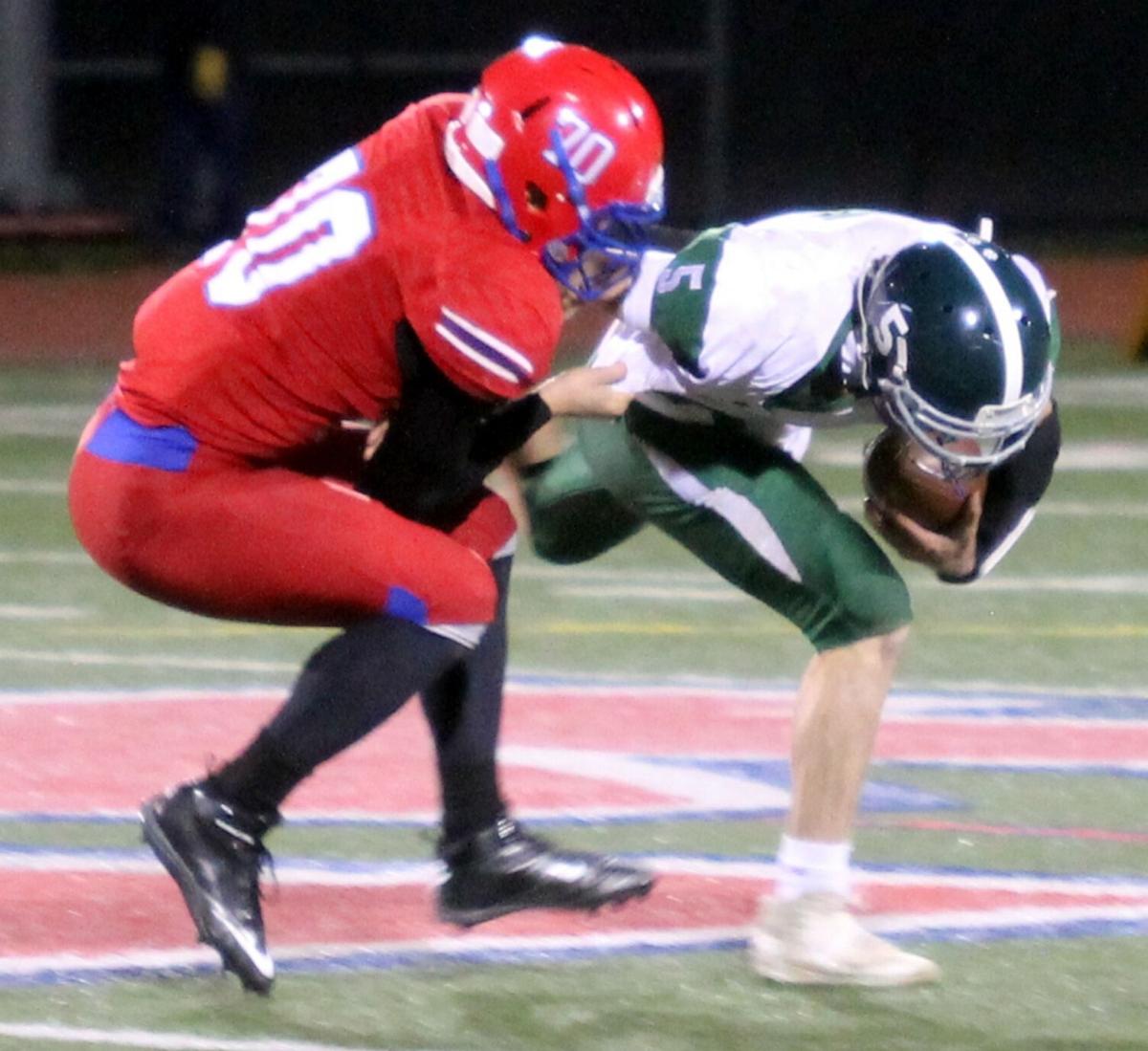 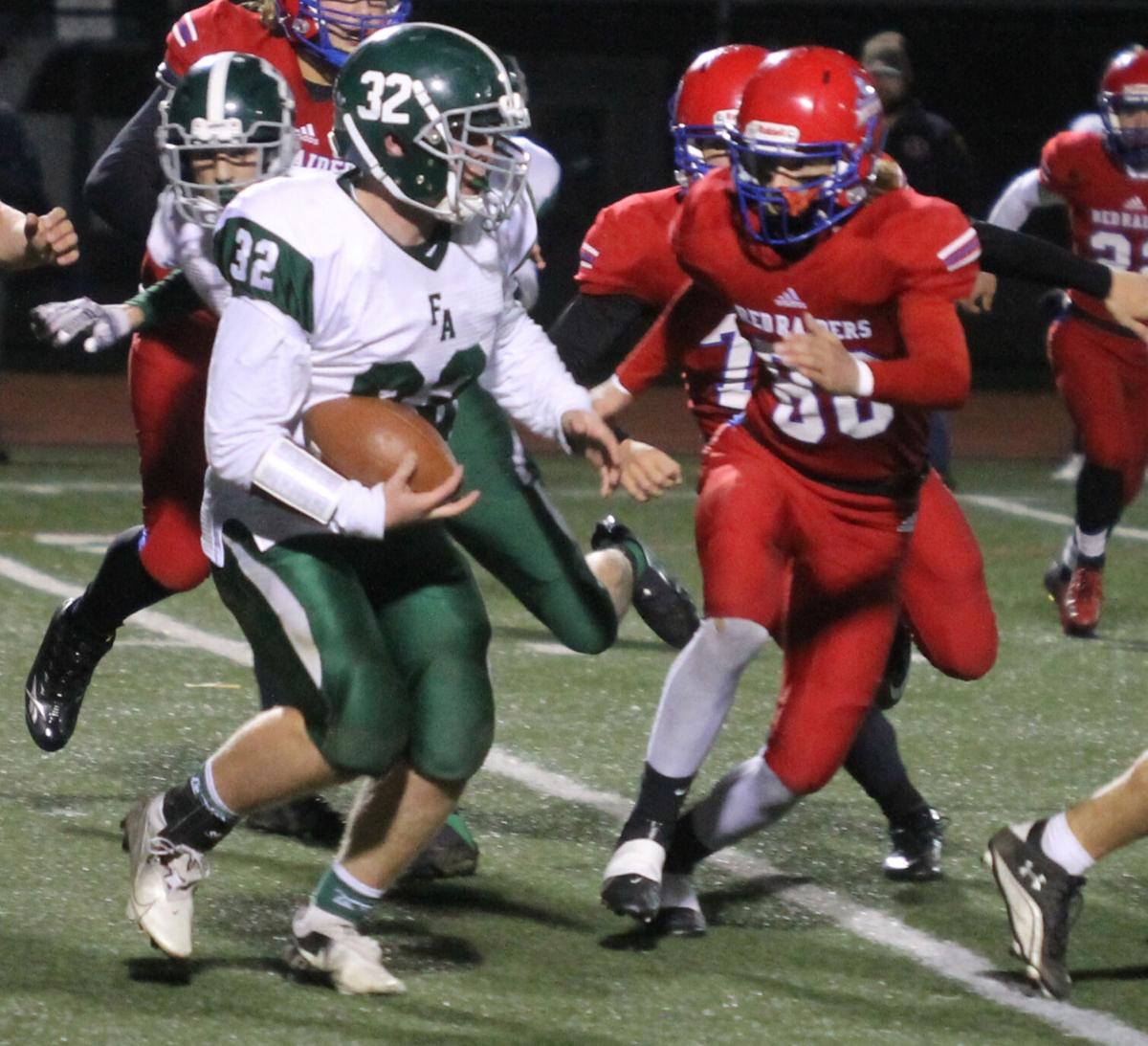 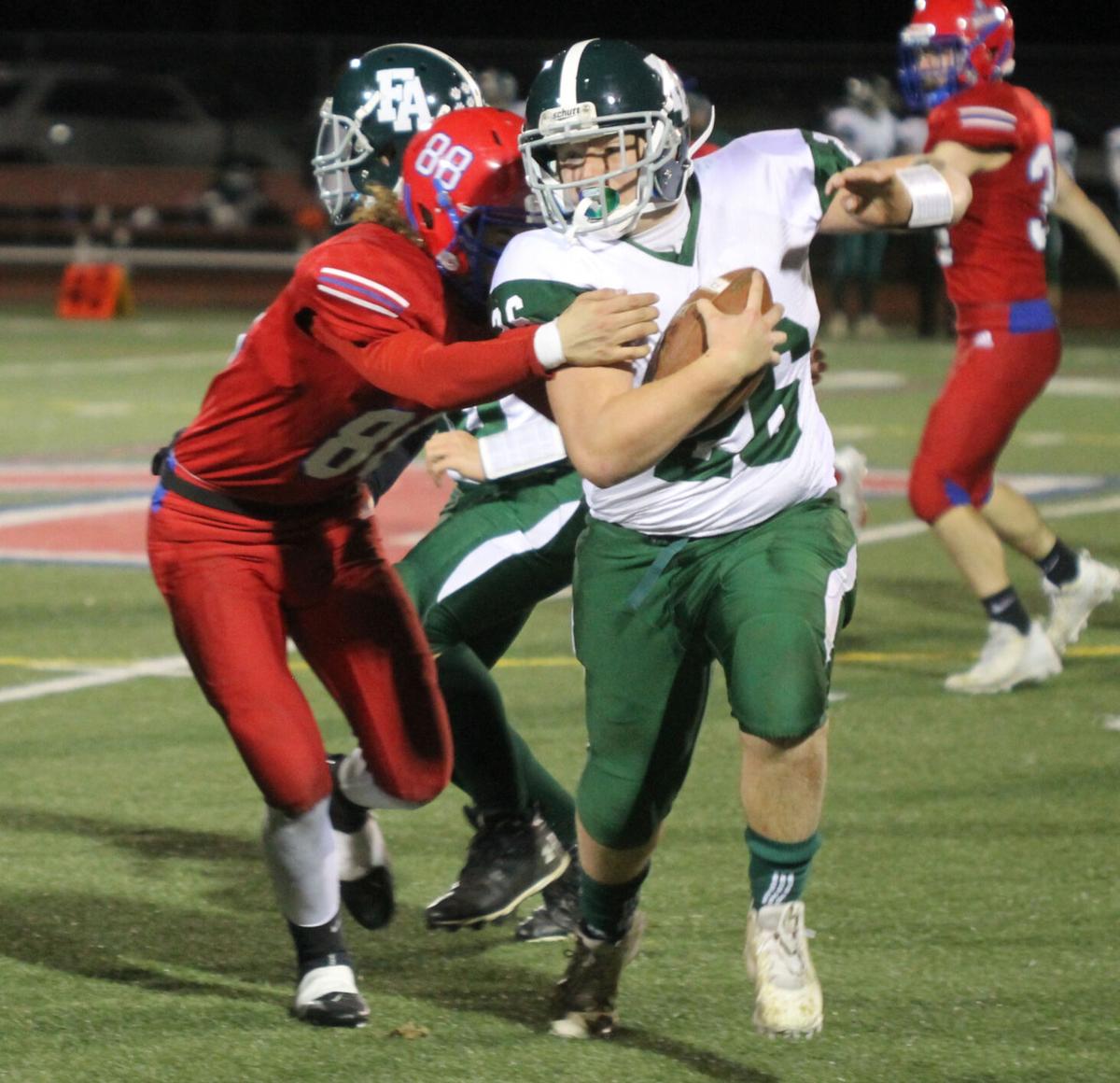 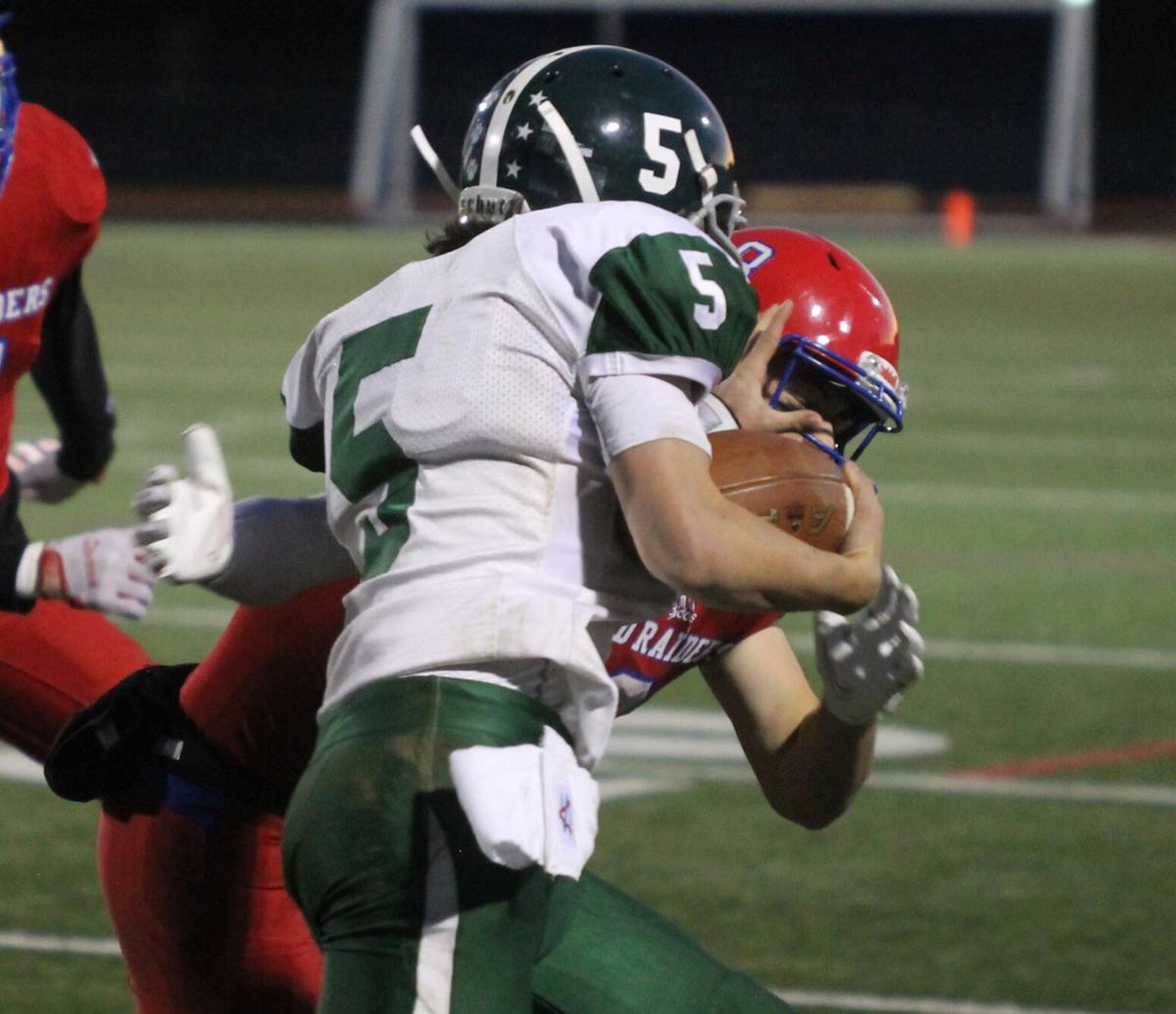 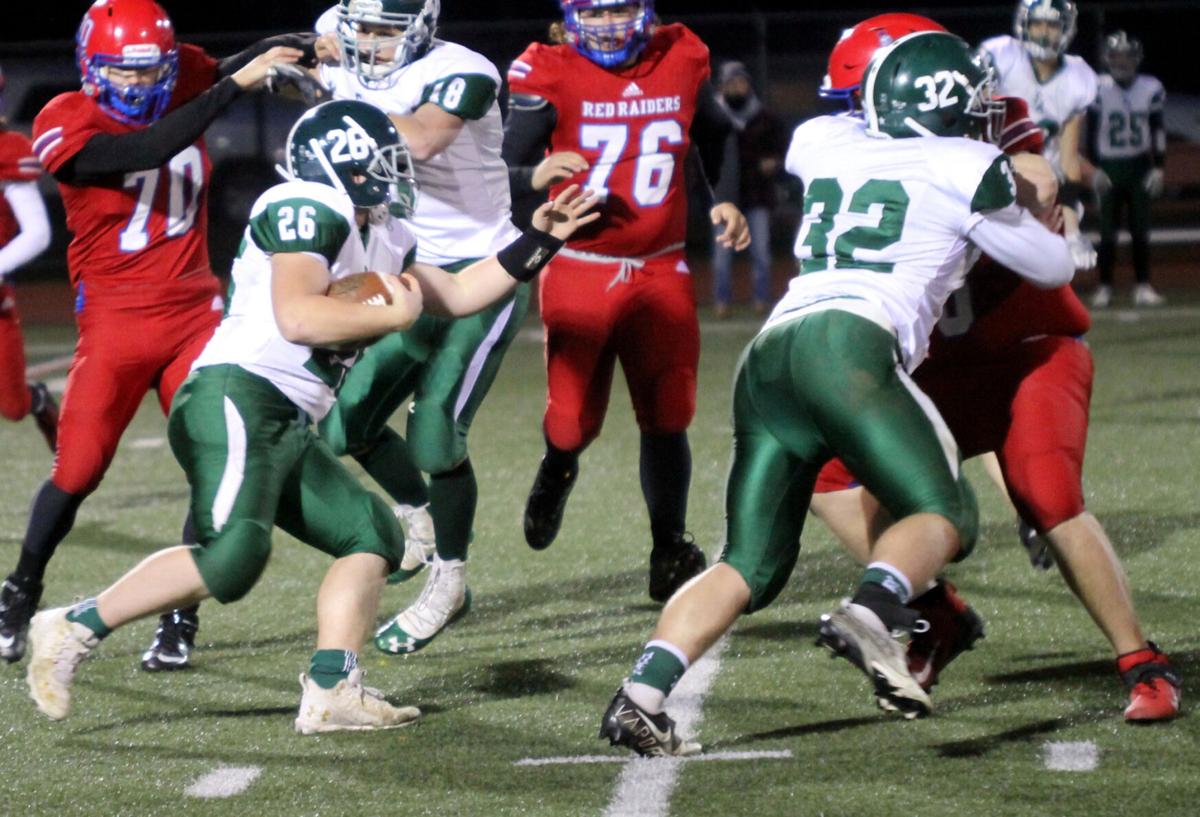 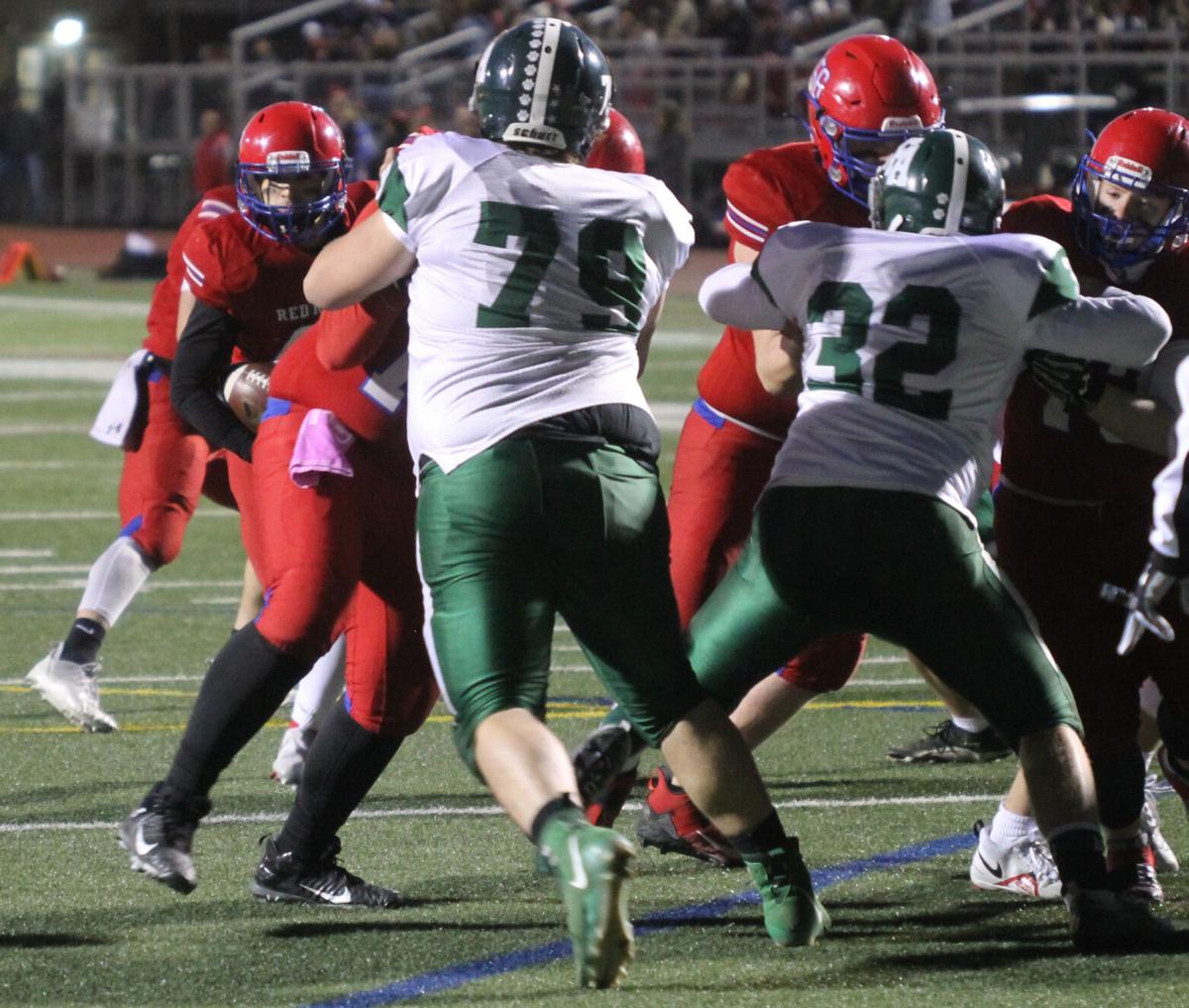 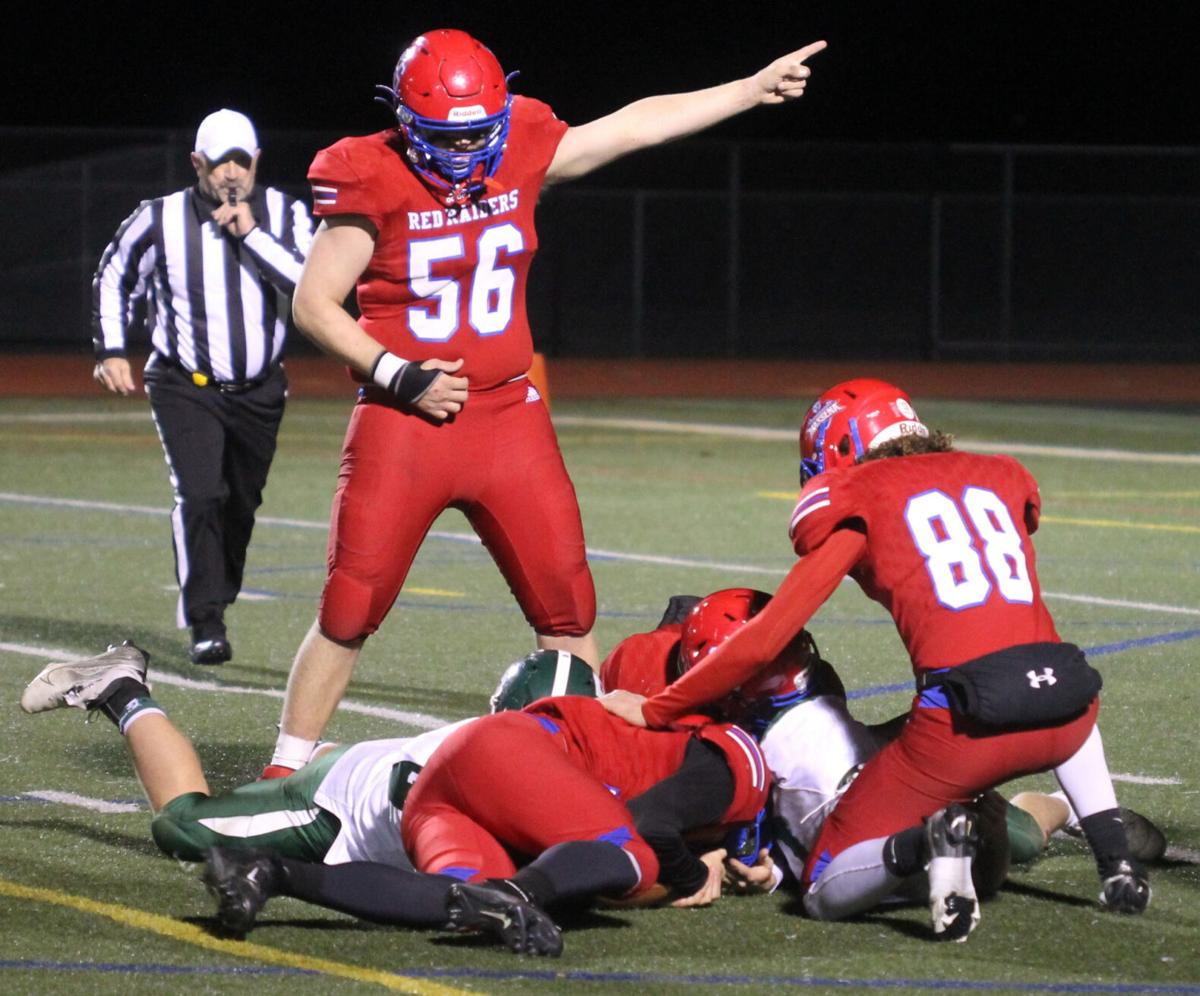 MASSENA — The Massena football team relayed a variety of big plays into a 41-0 win over Malone in the Section 10 Class B championship game Friday night at Mike Nicholas Field.

“We had a couple of mental mistakes early just like we did the first time we played Malone. We just had to clean up some things and things started to click for us,” coach Austin Coleman said after the Red Raiders earned their first trip to the state playoffs since they gained a automatic bid in 2014.

“I thought we played a all-around great game. I was really happy to see us pitch the shutout. That was a great testament to the way we played defensively,” he added.

The trio of quarterback Dominic Monacelli, running back Nolan Goolden and wide receiver DeShawn Walton accounted for the majority of the offensive leadership. Massena broke through for the only points it would need in the first quarter before taking control with 21 more unanswered points in the second en route to building a commanding 28-0 halftime lead.

Monacelli ran the ball eight times for 87 yards with touchdown runs of one yard and 35 yards while Goolden carried the ball 11 times for 58 yards, including a four-yard touchdown bolt that opened the scoring with 7:59 left in the first quarter and he then a six-yard touchdown burst with 3:45 remaining until halftime.

Walton provided two big play highlights with a 62-yard punt return for a touchdown with just over two minutes left that helped push the lead to 28-0. He then opened the third quarter by catching the ball on a quick inside slant route and later raced into the end zone from 58 yards out on the first play from scrimmage.

“DeShawn had a couple of drops early in the game so it was good to see him respond well from those mistakes,” Coleman said.

Walton wound up with three catches for 72 yards while Monacelli completed four of eight passes for 82 yards with an interception, and Noah Park converted on five of his six PAT kick attempts.

Defensively for Massena, Aaron Binion logged a sack and fumble recovery, while Brian Hurlbut pulled off an interception in the end zone on the final play of the first half that helped secure the shutout. Watson also had an interception while Ethan Donnelly notched a sack.

For the Huskies, who finished at 3-5 on the season, Keegan McArdle ran the ball 18 times for 83 yards and Eli Race caught four passes for 38 , while quarterback Logan Peck completed 5 of 15 passes for 50 yards.

The Red Raiders (5-2) will now get set to take on Section 7 champion Peru Central next weekend in the opening round of the state Class B playoffs at St. Lawrence Central’s Randy Riggs Field.