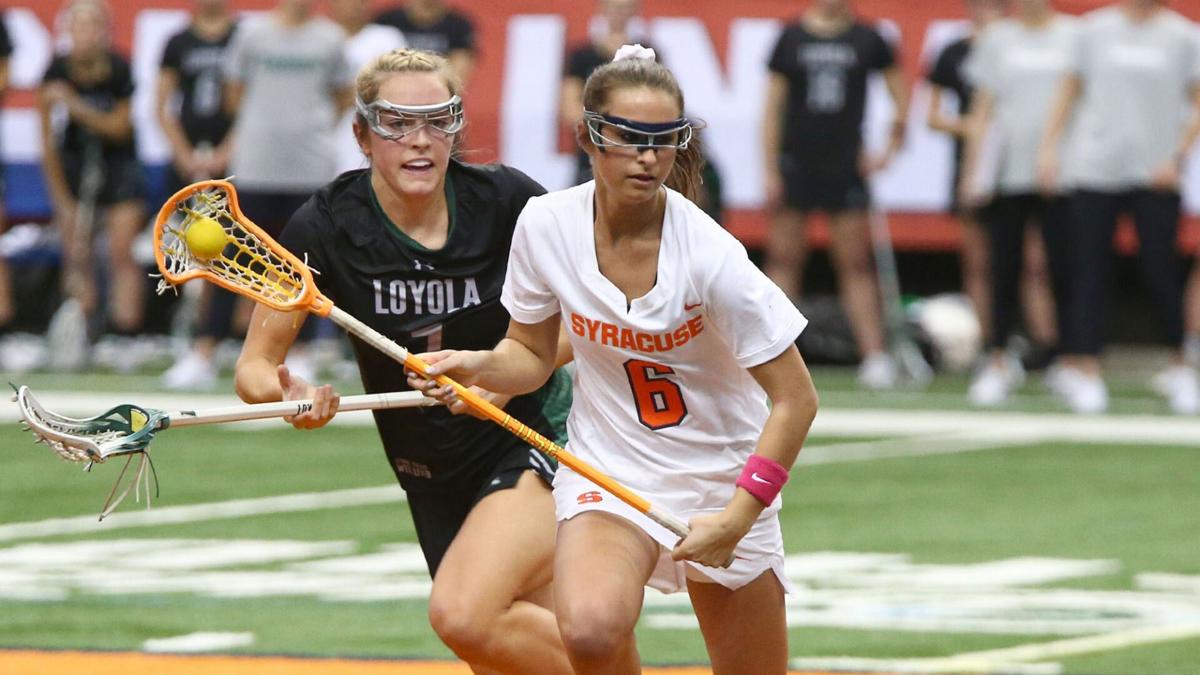 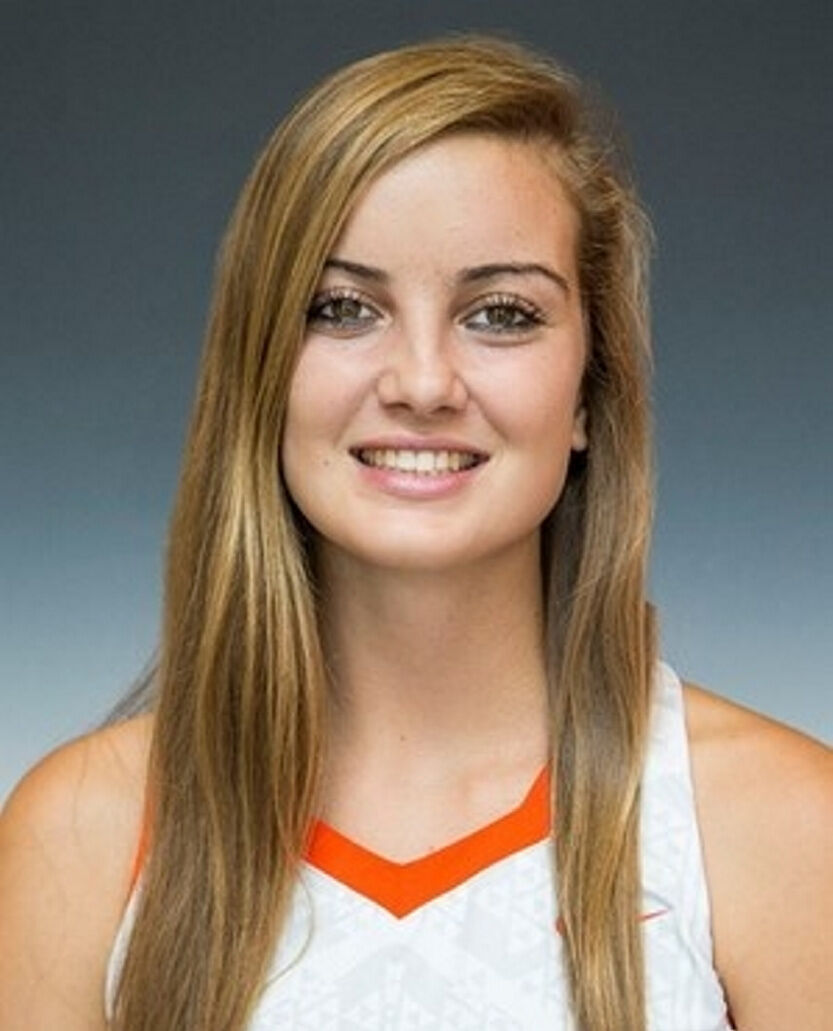 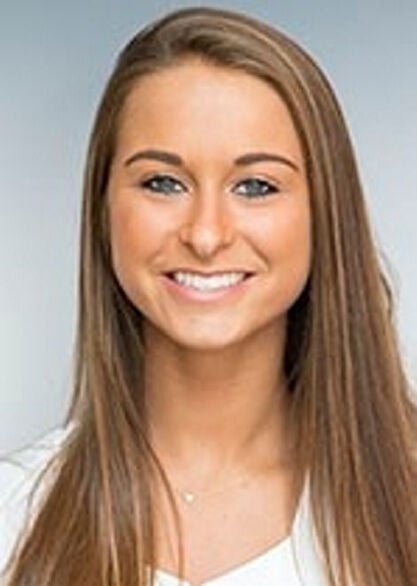 Morgan Alexander and Braelie Kempney have forged a friendship over the years, from playing one another at the high school level to becoming teammates for Syracuse University’s women’s lacrosse team.

The two have become close friends and the sport has strengthened that bond even further.

Close to nearly the past two years, Alexander, who starred at South Jefferson, and Kempney, and former Carthage standout, have endured yet another common experience, as while both anticipating the arrival of college lacrosse season this year, both have recovered from offseason surgeries.

“Obviously like it’s great, because Braelie and I are super close,” Alexander said. “We played against each other in high school, like when she was back in seventh grade, and it’s great because we do have that connection. We played club lacrosse together and kind of did our rehab together.”

Alexander, a graduate student, is coming off a left knee injury, while Kempney, a junior, has recovered from a shoulder injury.

“Actually, we both just got cleared, so we’re both ready to go, finally,” Kempney said.

Alexander, an attack, and Kempney a faceoff specialist/midfielder, and their Syracuse teammates will open their season when the team plays at Loyola at noon today in a nonconference game in Baltimore.

There’s much excitement among the SU team, which was ranked No. 3 in the nation in Inside Lacrosse’s preseason rankings, while Loyola is fourth.

“It’s definitely really exciting just to kind of pick up where we left off last year, like it just kind of feels like it’s a continuation of last season,” Alexander said. “So I think we’re all in the same mindset as we were, like take it day by day and don’t look too far ahead. Obviously we want to win the national championship, but to get there you have to win all the games and like win every practice.”

Last year, the Orange surged to a 7-1 start before the coronavirus pandemic hit, leading to the Atlantic Coast Conference in March canceling all spring sports.

“Our team was the best it’s been in a lot of years, we were just kind of on a high and really excited,” Kempney said. “But I guess that’s what made it so upsetting, because we were on such a good run and we had all the leadership that we needed and everything else, so it was really upsetting.”

Ironically, Alexander, who had been injured multiple times before in her college career, tore the ACL in her left knee during a team practice last Feb. 19, which required surgery in March. The surgery was her fifth knee surgery while at Syracuse, with the other four on her right knee.

“I feel pretty good, this is obviously my fifth knee surgery, so it was very tough mentally coming back,” Alexander said. “It was like, ‘which knee do I wear a brace on?’ My (right) knee was in so much pain, so I consciously looked at my left knee to be the strong one and now it’s like ‘they’re both not.’ But to me, it’s like easy to think of them both as like stronger as they were before.”

This setback followed her most complete season with the program in 2019 when she totaled 22 points, including 20 goals, in a career season-high 19 games, helping to lead the Orange to the NCAA Tournament quarterfinals.

With all Syracuse students sent home because of the pandemic, Alexander later decided to rehab for a full nine months and had to get creative in her latest rehab routine as her dad, Mike, built special steps in the basement for her to work out on.

“Because I’ve already been through this a ton of times, so I didn’t play in the fall where technically I could have gotten cleared at six months,” Alexander said. “But I made sure the whole winter that I continued to rehab, and so like they cleared me literally before the week we came back in January.”

Kempney hurt her shoulder last season, and underwent surgery in May to repair a torn labrum.

“I actually just got cleared in January,” Kempney said. “So I actually didn’t get to play very much. So this year I’m obviously hoping to play a little bit more than last year, I’m mean my shoulder is ready to go now, so it should be a little bit better.”

“We push each other every day to be better and I truly appreciate her and I’m sure she could say the same thing about me,” Alexander said. “We’re there for each other, because we know what it’s like and coming back from an injury is not easy.”

Kempney, who was also an offensive standout in high school by generating goals and assists, has had to adjust to becoming a draw specialist with the Orange.

“It’s definitely different having such a small role compared to high school,” Kempney said. “But I guess when you get to college you really like specialize in something and really focus on one thing. I’m predominantly a FOGO (face off, get off the field), so I usually do the draw and then run off the field ... we have so many awesome middies, it’s like I’m kind of focused on doing the draw and kind of specializing in that area. We have like four draw girls right now and we all work together and challenge each other and everything else, so it’s fun.”

“And it kind of made it really special because it’s kind of like that hometown connection and she would do some of her rehab with me to work on our footwork and all fall we would our rehab like every single day together,” Alexander said. “And I just think that’s a special bond, like coming from the north country and being at this top level, and then like getting hurt pretty badly, both of us. And then like being able to have one another as a support system, it’s like honestly so amazing.”

While campus life has changed with the emergence of the pandemic, such is the case with SU’s women’s lacrosse team, which lives in a bubble, with teammates rooming together on and off campus.

“It makes college life a lot more difficult, it doesn’t really feel like we’re at college right now because we don’t even see the men’s team, which is really weird,” Kempney said. “We usually do everything together, but we’re literally only seeing our own lacrosse team right now and we get COVID tested three times a week. Like usually Monday, Wednesday and Friday, so we’re like always getting tested and always with each other. So we’re definitely having a lot of team chemistry because we’re always together.”

Besides the protocols, life on the road will be a bit different this year as they’ll play several ACC teams back to back, including hosting Notre Dame on March 11 and 14, then playing at Louisville on April 16 and 18, before hosting Boston College on April 22 and 24 to conclude the regular season.

“So when we go on trips, we have to be prepared to come back and quarantine about a week before we can go to class or anything,” Kempney said. “We’ll still practice, we just have to stay in our bubble, so we aren’t really allowed to see anyone outside the lacrosse team right now.”

Because of the cancelation of last season, both Alexander and Kempney are both eligible for an extra year of athletic eligibility at SU, but both are unsure at this point if they’ll take it.

A biology major, Kempney has plans to enter the medical field.

“I’m hoping to go into medical sales, so for me I wouldn’t need an extra year, I could actually graduate this year if I wanted, I’m a little bit ahead,” Kempney said. “So the extra year doesn’t benefit me as much, but I know a lot of girls on our team are planning to extend their education here after their first four years, so for a lot of my teammates, they’re definitely planning on utilizing that extra year.”

Now both north country natives are looking forward to this season as Syracuse has a host of players returning, including a talented senior class.

“We have 10 to 11 seniors come back and this year has just been very beneficial for us because it’s like literally the same team that we had last year,” Alexander said. “I would say our team is just really gritty and hard working and we don’t let one loss get us down or one bad practice, we just try to motivate each other each day to get better and better.”

After hosting Stony Brook in its home opener at 10 a.m. on Saturday at the Carrier Dome, Syracuse will play at Duke at 1 p.m. on March 6 in the Orange’s ACC opener.