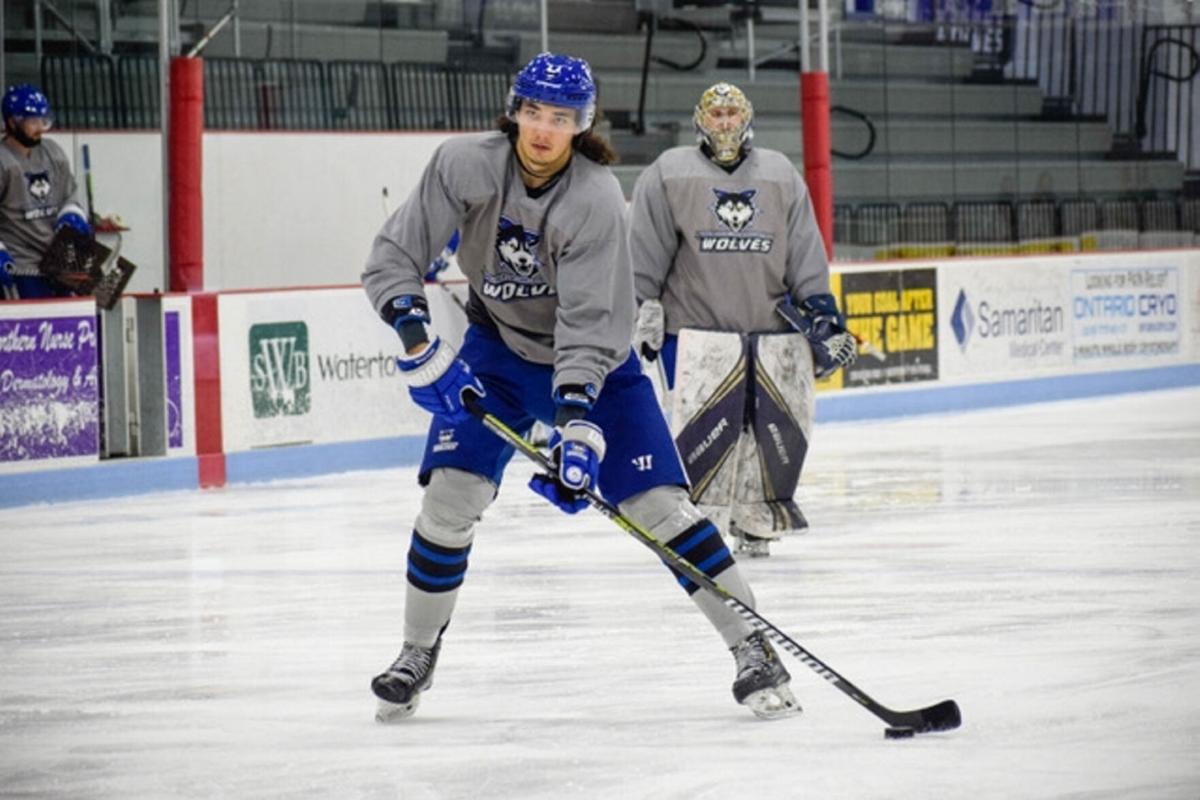 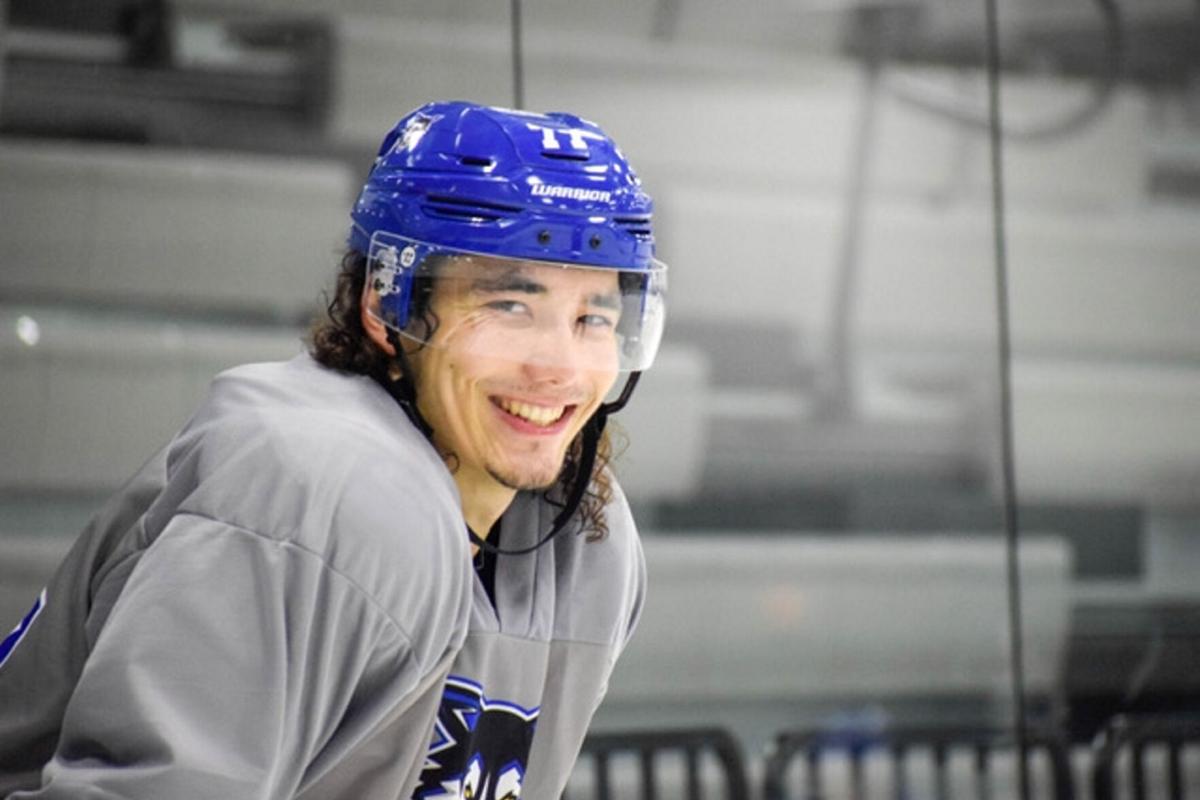 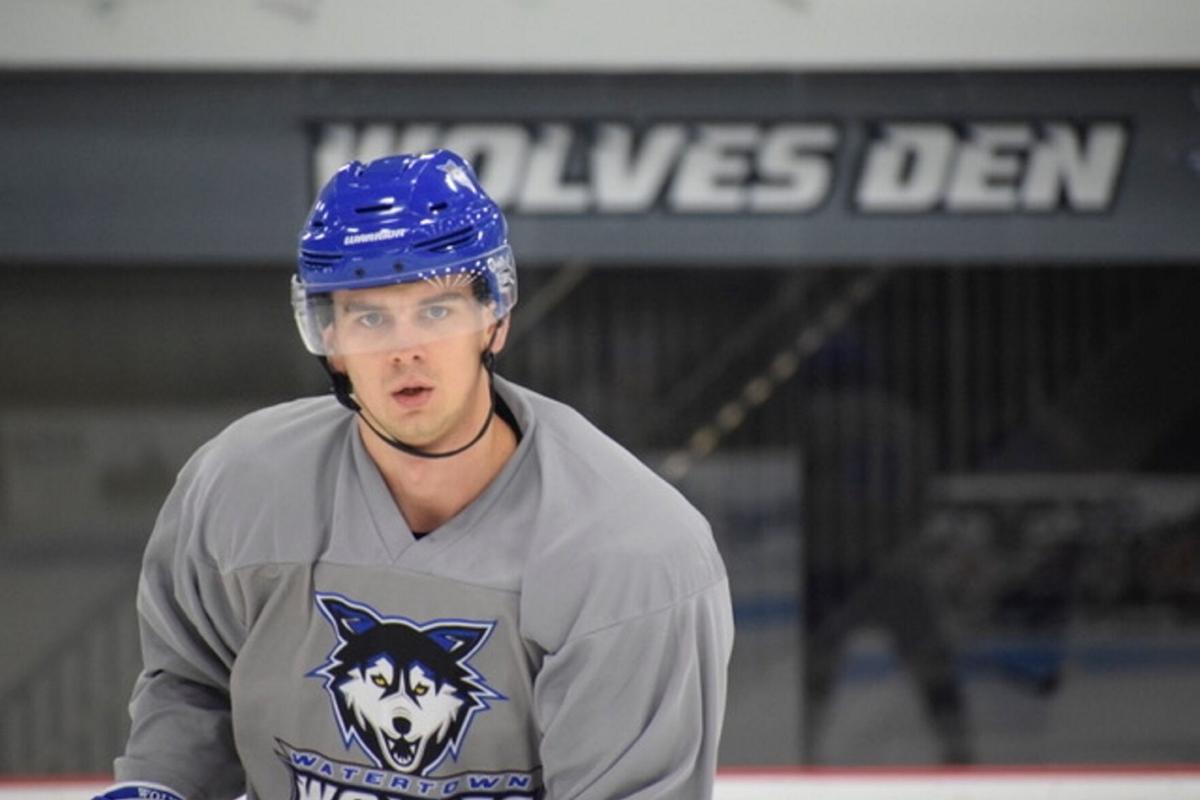 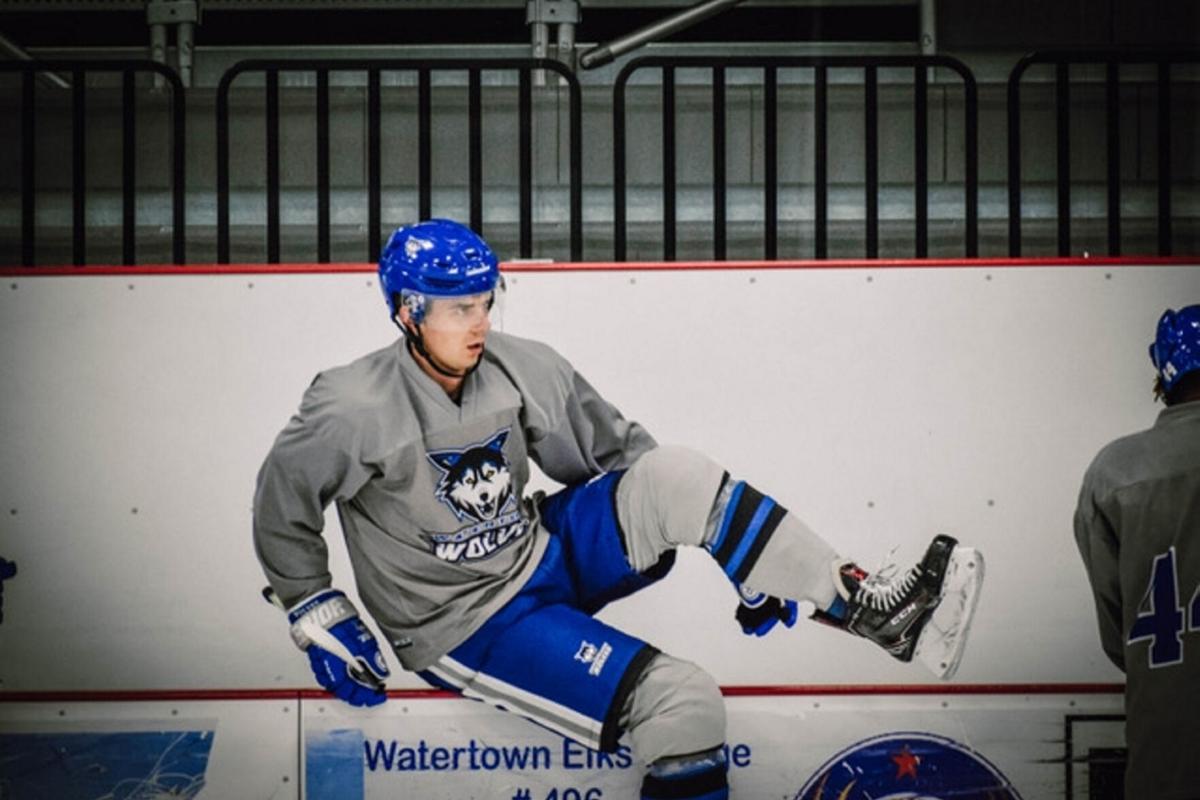 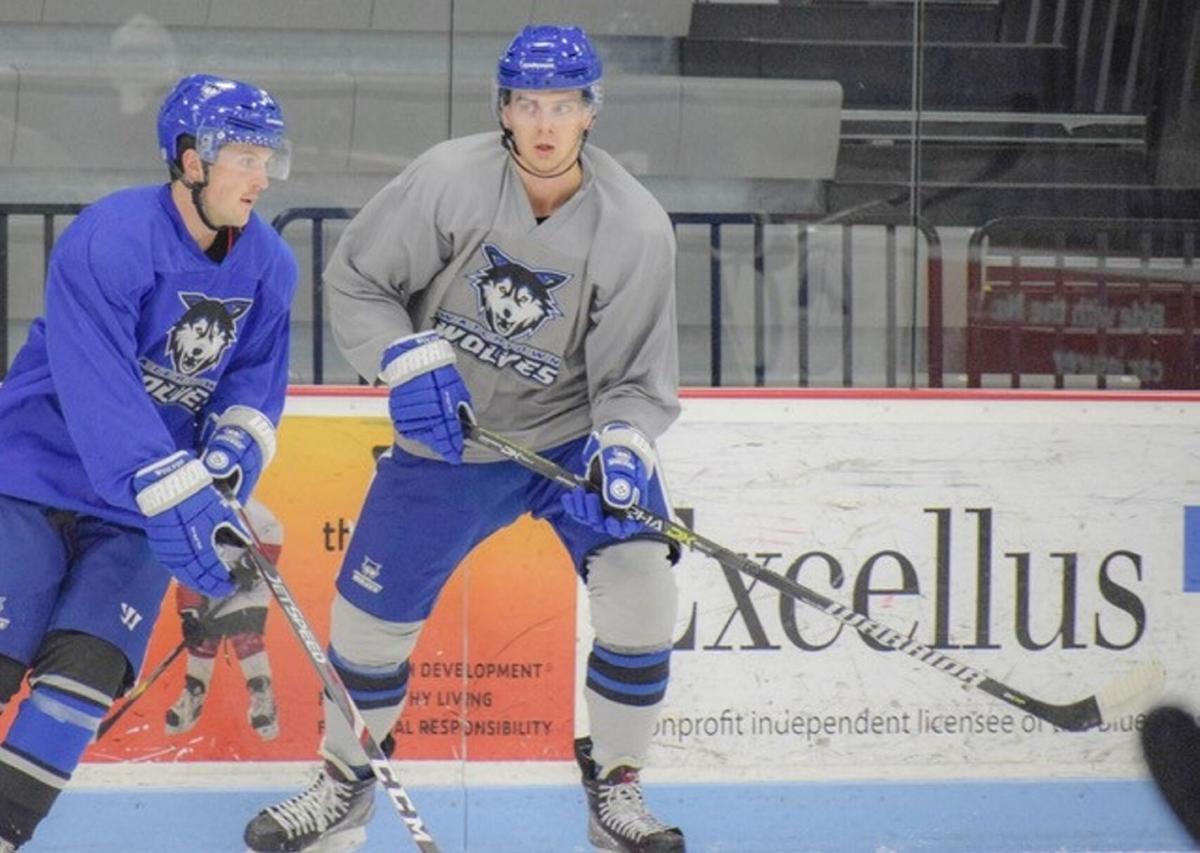 WATERTOWN — Based on the team’s training camp last week, the Watertown Wolves shouldn’t be short on talent if and when their season finally gets under way.

The team appears to have one of the most experienced rosters in the Federal Prospects Hockey League and shouldn’t be lacking with a strong presence, as well as in size on the blue line.

Kozachuk, who hails from Ukraine, is listed at 6-foot-7, while Boll, who is from Denmark, checks in at 6-5.

“Super excited to have those guys, too, they’re all panning out,” Watertown coach Brent Clarke said last week. “Better than we thought they were going to be, actually.”

Both defensemen will be looking to play their first seasons in North America.

“It’s good to be with all the guys here,” Kozachuk said. “I’m very excited to be here because it’s been my dream to be able to play in the USA, I like the hockey here. It’s different than in Europe.”

“I like the city, I’m from a small town myself, so this is really great,” Boll said of Watertown. “And to get a first start in U.S. hockey, I don’t think I can think of a better place right now.”

The 24-year-old Boll has played the past six seasons professionally, mostly in his native Denmark.

“Daner, he’s going to be real good for us, fans are going to like him,” Clarke said of Boll. “And I can see him moving up in his career pretty quick.”

Two seasons ago, Boll played in neighboring Sweden before he played his last campaign in France.

“I played in a city called Clermont-Ferrand,” Boll said. “I didn’t know about France and their hockey, but it was a good experience. Overall, I think the level there was pretty high and the fans and their support of the city was really great. It was like an adventure, I guess.”

Boll says he is already enjoying his stay in Watertown as it reminds him of his hometown in northern Denmark.

“Exactly, it’s going to be a whole new adventure,” Boll said of Watertown. “And especially because it’s not like Wichita or Evansville. It’s a nice city, I’ve heard, the fans are very loyal, so I’m excited to get the season going and really get to know Watertown better.”

“Skill-wise, I think we have some really good guys,” Boll said. “I think this is a really good group and I think they’re really good teammates already. Overall, they’ve been helpful and easy-going.”

While growing up in Europe, Boll tried to follow the NHL as best he could, with the Boston Bruins’ Zdeno Chára, a hard-hitting defenseman from Slovakia, as his idol.

“I like his style of play,” Boll said of Charra. “I like to contribute on offense. I also like the physical play as well, that’s one of my key features I would say, I’m a big player, so I like to play the body. And I like the smaller ice here because it gives me a bigger chance to be physical and the game here in the U.S. is really physical.

“And if you want to go on to the bigger leagues, like the ECHL, the AHL and the NHL, you have to be physical,” Boll added.

The past three years, Kozachuk played at the pro level in his native Ukraine, then Slovakia and Romania, respectively.

“This is my first time here and coming from Ukraine, it was not easy to come here because of the situation right now in the world,” said the 21-year-old Kozachuk, a native of Kiev in Ukraine. “But I’m so excited to be here and can’t wait to start the season.”

“He’s good, too, solid, smooth,” Clarke said of Kozachuk. “He needs to get a little more physical and I’m sure he will.”

Like Boll, Kozachuk is adjusting to the smaller ice in Watertown, as opposed to the more wide-open sheet in Europe, a dimension used in international play, including the Olympics.

Boll and Kozachuk played in several team scrimmages during Wolves’ training camp, with the last one on Friday morning.

“It was like my first time playing (scrimmages) on small ice because I’m from Europe,” Boll said. “So it takes a little bit to get used to, a different pace with little less room to move around.”

Both Boll and Kozachuk enjoyed training camp and like Clarke’s coaching style as well.

“He’s a great coach,” Boll said of Clarke. “He’s got a plan and he’s good at executing it, I think, he’s easy to talk to and I think that’s important for players.

“So he’s easygoing and he wants us to play the game the way it’s supposed to be played — fast, you play hard with shots on net. ... And of course the entire team, we want to work hard because we want to win a championship.”

“There’s some great guys and good players here,” Kozachuk said. “Everybody wants to get a Cup and win a championship, so I’m very excited to be here.”

Now as the Wolves look forward to having their season begin next month, the league’s tentative start date is Jan. 15, they will enter this endeavor backed by a pair of talented rookie defensemen.