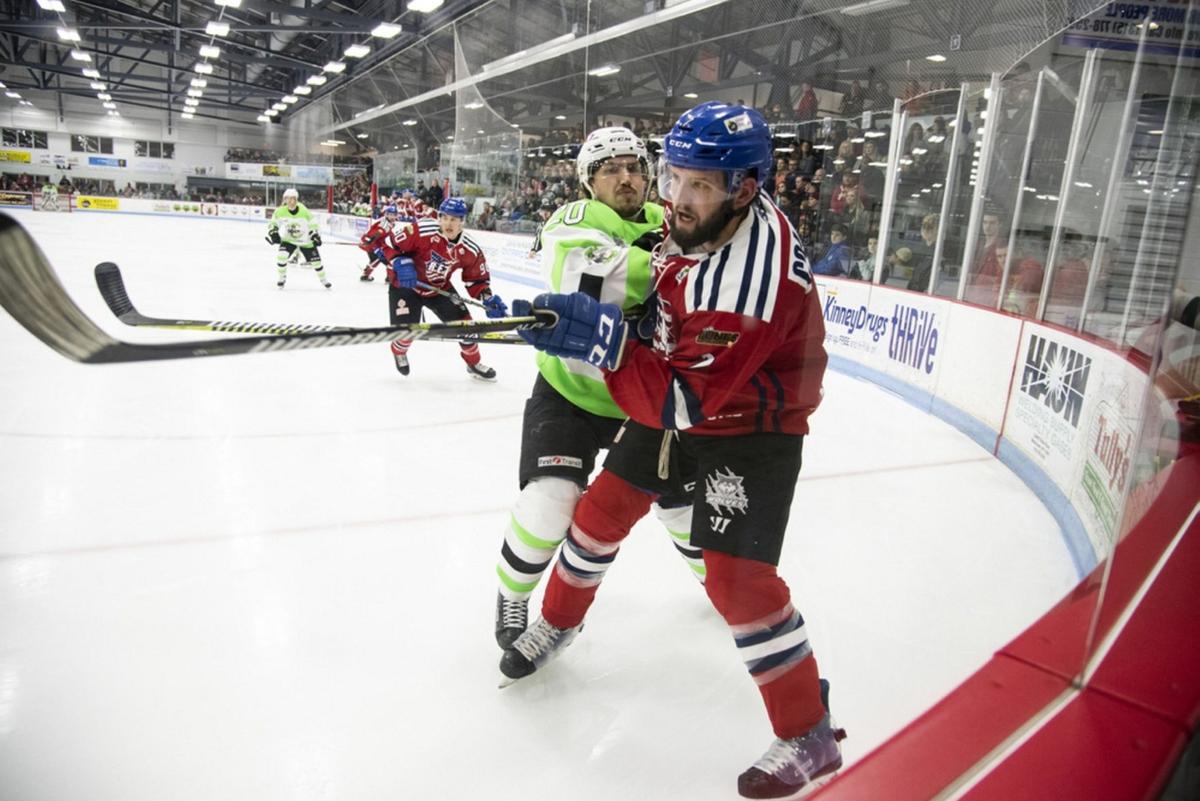 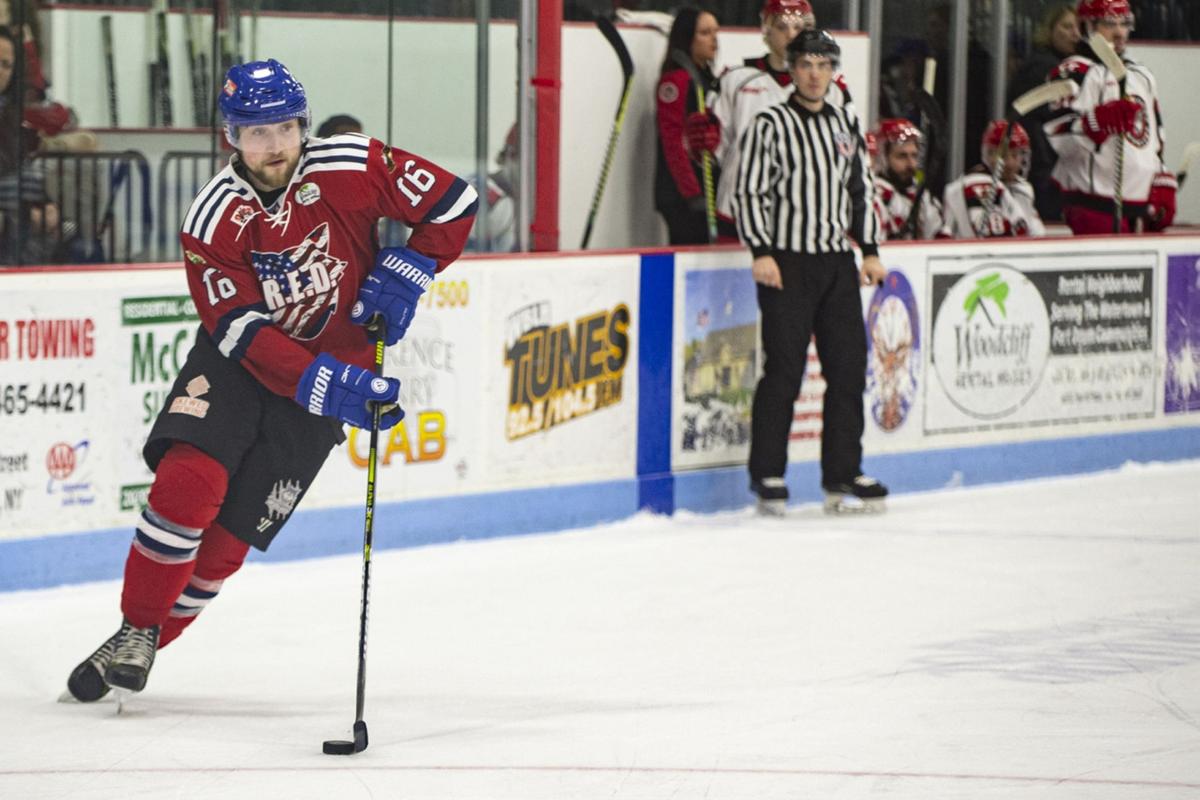 WATERTOWN — This has already been an eventful offseason for the Watertown Wolves, as the team gained a new majority owner and a new head coach.

Yet amidst the changes, a pair of familiar faces will return to the team as veteran defenseman Justin Coachman and rookie forward Ryan Marker have re-signed with Watertown.

After the Federal Prospects Hockey League canceled the rest of its regular season and playoffs in mid-March, the Wolves announced on April 2 the team had been sold to new majority owner Andreas Johnansson. Then the Wolves hired a new coach in Brent Clarke, who also coached the team in 2014-15. But both Coachman and Marker are staying put.

“I’m very excited coming back,” Coachman said. “Especially with our new coach Brent Clarke and our new owner, from what they told me, they’re really looking to change things in this organization to make it more professional, so I’m really excited about that.”

Coachman will be entering his fourth season with the team, while Marker, who split time between the Delaware Thunder and the Wolves this season, was selected as the FPHL’s Rookie of the Year.

But Watertown’s season came to a sudden halt in the wake of the coronavirus pandemic.

“I think we were starting to get things put together there, coming up with a pretty good team going into playoffs,” Coachman said. “So it kind of sucks that it got cut short, but now it’s a little longer offseason to get even better and even more ready for next season.”

Coachman, who is spending his offseason in the north country, played in 43 of the Wolves’ 48 games this past season after playing in 52 games in the 2019-20 campaign.

“This is the only place I want to play, so I was excited they invited me back and I’m excited to go on and try and win a championship next year,” said Coachman, who is from Rochester.

In his rookie season in 2017-18, Coachman played in 10 regular-season games and six more in the playoffs, as Watertown went on to win its second Commissioner’s Cup as league champion.

“I’m going into my fourth season, so a lot of the fans here should know by now, I’m not going to put up a lot of points,” said the 27-year-old, who has played in 105 games in the past three seasons, including eight playoff games. “I’m more of a stay-at-home guy, keep the puck out of our net. I like to play physical and I’ll drop the gloves when I need to in order to protect my teammates or if we need a change of momentum. I think I’m an old-school type of defenseman.”

Besides being a steady presence in the lineup, Coachman also scored his first two goals in the FPHL last season.

“That was a very exciting moment for me,” Coachman said of his first professional goal.

Marker, who plays mostly at center, but sometimes on the wings, totaled 76 points in 42 games this season, including a league-leading 42 goals.

“I felt last year was easily the best year of my pro hockey career,” Marker said. “I played really well, I felt like I was in tremendous shape all year. ... It was awesome getting rookie of the year. There were a lot of good candidates for that award, especially one of our own teammates — Deric Boudreau — so it was definitely an honor getting that award.”

After he was acquired in a trade with Delaware on Feb. 3, Marker scored 11 goals and assisted on 10 others in 12 games with Watertown.

“I’m extremely fired up about re-signing with the Watertown Wolves,” Marker, 26, said. “Ever since I got traded there last (season) from Delaware, that’s exactly where I wanted to be. I have a lot of very good friends that play for Watertown and I love the Watertown area, their fans are amazing. Everyone made me feel right at home from day one.”

“I just really can’t wait to get back there next season and finish off what we started,” Marker said. “I had a feeling that we had a really good shot of making the championship (round) last year with the team that we had, and I feel next year is going to be even better and we’re going to have an even better chance next season.”

Both Coachman and Marker are excited about the changes in the Wolves’ administration.

“Andreas, the new owner, I got to talk to him a lot this past month and he’s a great guy,” Marker said. “And I love the way, the direction he’s definitely going with this organization and I think he’s going to do a tremendous job with all the players. Getting anything that they need and obviously whatever treatment we need on the ice and off the ice, I think he’s going to provide us the best service for that.”

For now in the offseason, Marker is working out in Washington Township in southern New Jersey, not far away from where he grew up in the state near Philadelphia.

Coachman has been staying on his girlfriend’s farm located between Dexter and Brownville.

“We’re remodeling a farm house here, so I’ve just been doing work around the house and such,” Coachman said. “So, keeping busy.”

Also an outdoors enthusiast, Coachman tries to take advantage of the opportunity the region provides.

“We have 125 acres here, so I’m able to go out and hunt and fish, and such,” he added. “I went out the other day and actually got my first turkey of the season, so it’s fun.”