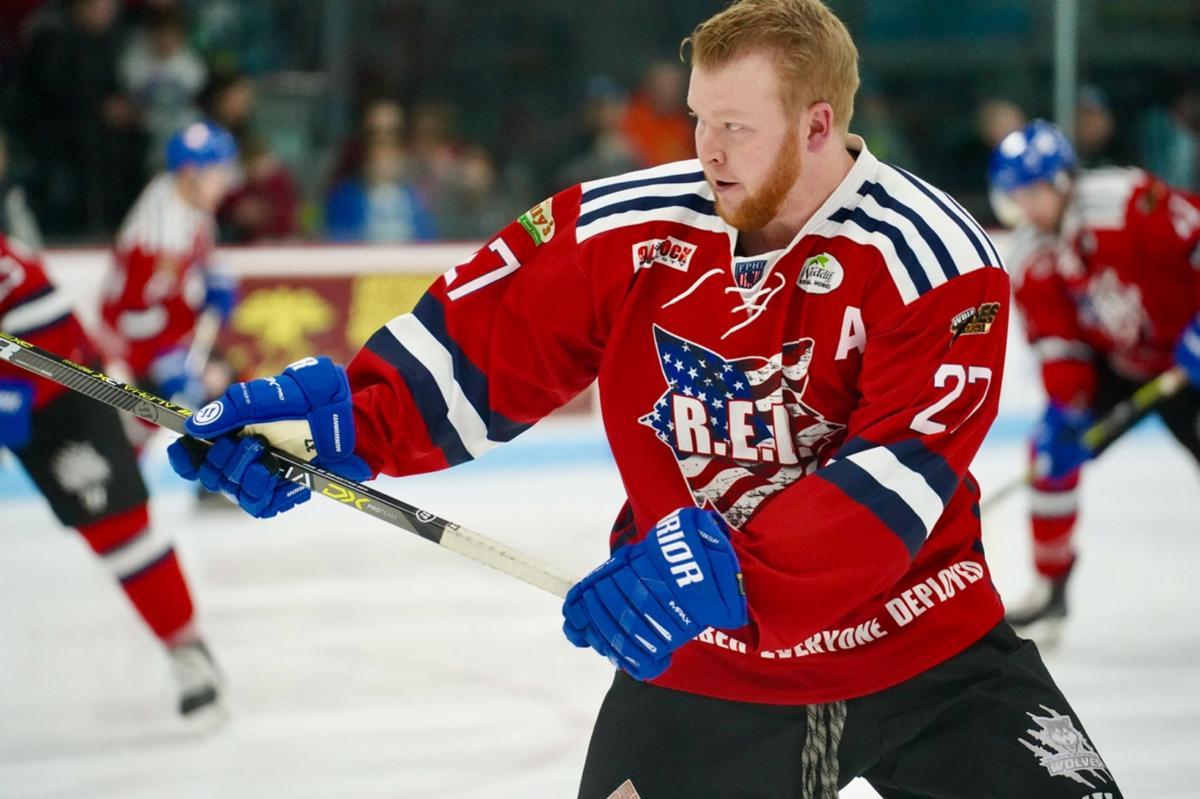 Watertown Wolves defenseman Kyle Powell warms up for a Nov. 30 game against the Delaware Thunder at Watertown Municipal Arena. Powell, in his fourth season with the Wolves, leads all FPHL defenseman in scoring this year. WATERTOWN WOLVES PHOTO 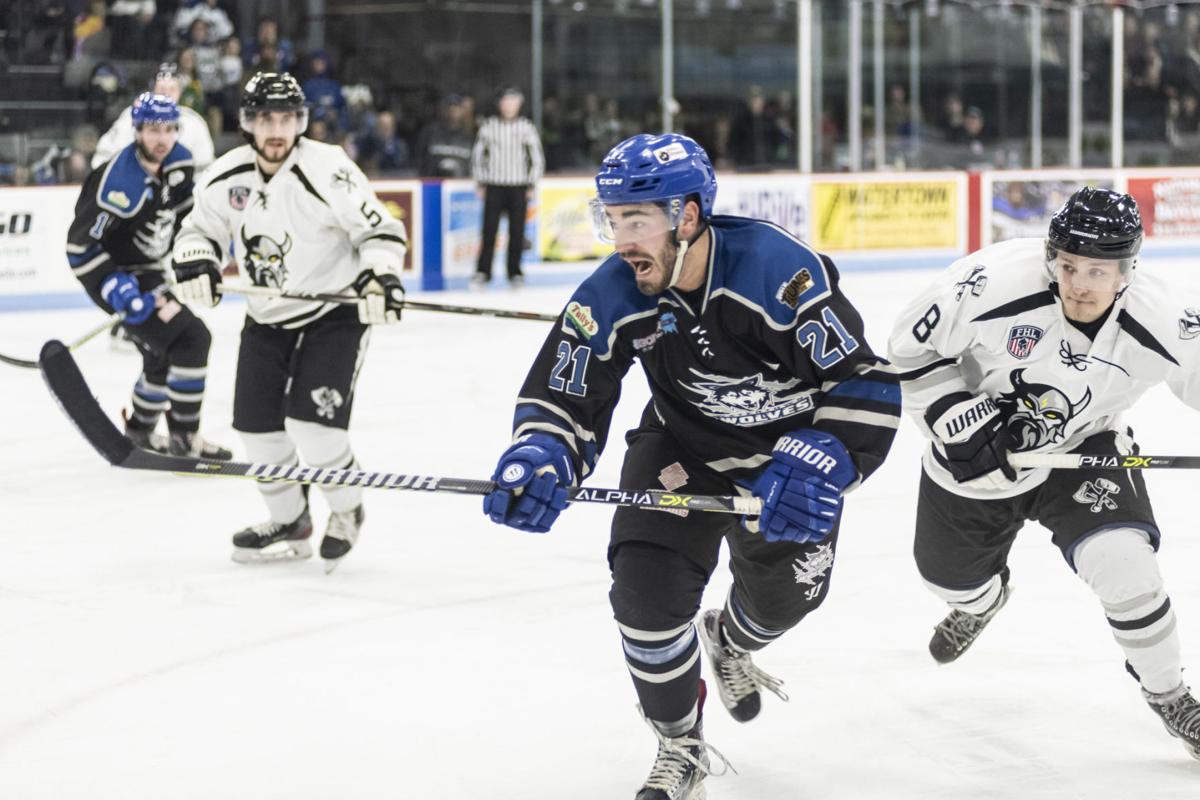 Watertown Wolves defenseman Kyle Powell warms up for a Nov. 30 game against the Delaware Thunder at Watertown Municipal Arena. Powell, in his fourth season with the Wolves, leads all FPHL defenseman in scoring this year. WATERTOWN WOLVES PHOTO

WATERTOWN — Play in the Federal Prospects Hockey League’s Eastern Division continues to heat up for the Watertown Wolves.

The Wolves will host division foe Elmira for a pair of games this week, at 7:30 p.m. both today and Saturday at Watertown Municipal Arena.

Watertown is coming off a Thursday night game at the Danbury Hat Tricks, also in the division.

This will be the fourth game of the season for Watertown against Elmira, as the Wolves won the last meeting 8-4, on Dec. 30 in Watertown.

Last year, Watertown and then expansion Elmira met in the playoffs, with the Enforcers sweeping the first-round series in two games.

The Wolves have proven to be a streaky team thus far this season as after generating an eight-game winning streak early on, they lost their next seven games.

Watertown rebounded to win its next three before losing at expansion Columbus, 5-4, in overtime last Saturday.

LEADING ON THE BLUE LINE

Wolves veteran defender Kyle Powell, who leads the league in assists (30), also leads all defensemen in the league in points (39) and is tied for second in goals (nine) among league defenders.

Powell, who is in his fourth season with Watertown, has also contributed three power-play goals and two game-winning tallies this season, after breaking into the league with Danbury in the 2015-16 season.

Wolves veteran winger Tyler Gjurich leads the FPHL in points (48) and stands second in the circuit in goals (21).

Gjurich also tops the league in power-play goals (11). Heading into the week, he had generated 15 points, including five goals, in his past five games.

Linemate and center Deric Boudreau ranks second on Watertown this season in goals (16) and points (39).

Tonight’s game is the start of a five-game homestand for the Wolves, who in all play seven of their 10 games this month at home.

After the two-game set with Elmira, Watertown will host the Columbus River Dragons next Friday and Saturday before again hosting Elmira on Wednesday, Jan. 22 at 7:30 p.m.

The Wolves will also host Danbury on Wednesday, Jan. 29 with the same starting time.

The Wolves’ front office was busy this week with several player moves, including trading forward Preston Kugler to Columbus for cash considerations.

Watertown and former SUNY Canton forward Joe Deveny was called up by Birmingham of the Southern Professional Hockey League.

According to the FPHL website, the team signed former Watertown forwards Corey Sherman and Chase Tippin, as well as forward Carson Johnstone.

Earlier, Watertown defenseman Braedyn Asselstine was promoted to Evansville of the SPHL and goalie Christopher Marsillo was released.

Heading into the week, Watertown led the Eastern Division in power-play efficiency at 25.8 percent, sparked by Gjurich.

Conversely, the Wolves stood third in the division in penalty killing at 81.9 percent.

Veteran forward Ahmed Mahfouz, who is in his 10th season in the league, leads Elmira in points (38) and assists (24) and stands third on the team in penalty minutes (36).

Mahfouz, who has played every season in the league since its inception in 2010, has played for six different teams in the circuit, including the first two with the Akwesasne Warriors, the original rival of the Thousand Islands Privateers.

Mahfouz has played in 382 league games — by far the most by any player in the league — and 37 more in the playoffs.

Mahfouz is in his second season with the Enforcers, as is Elmira head coach Brent Clarke.

Clarke, a former Watertown Privateers player who coached the team in the closing months of the 2013-14 season, coached the Watertown Wolves in the 2014-15 season, leading the team to a league championship in the franchise’s first season in the league.