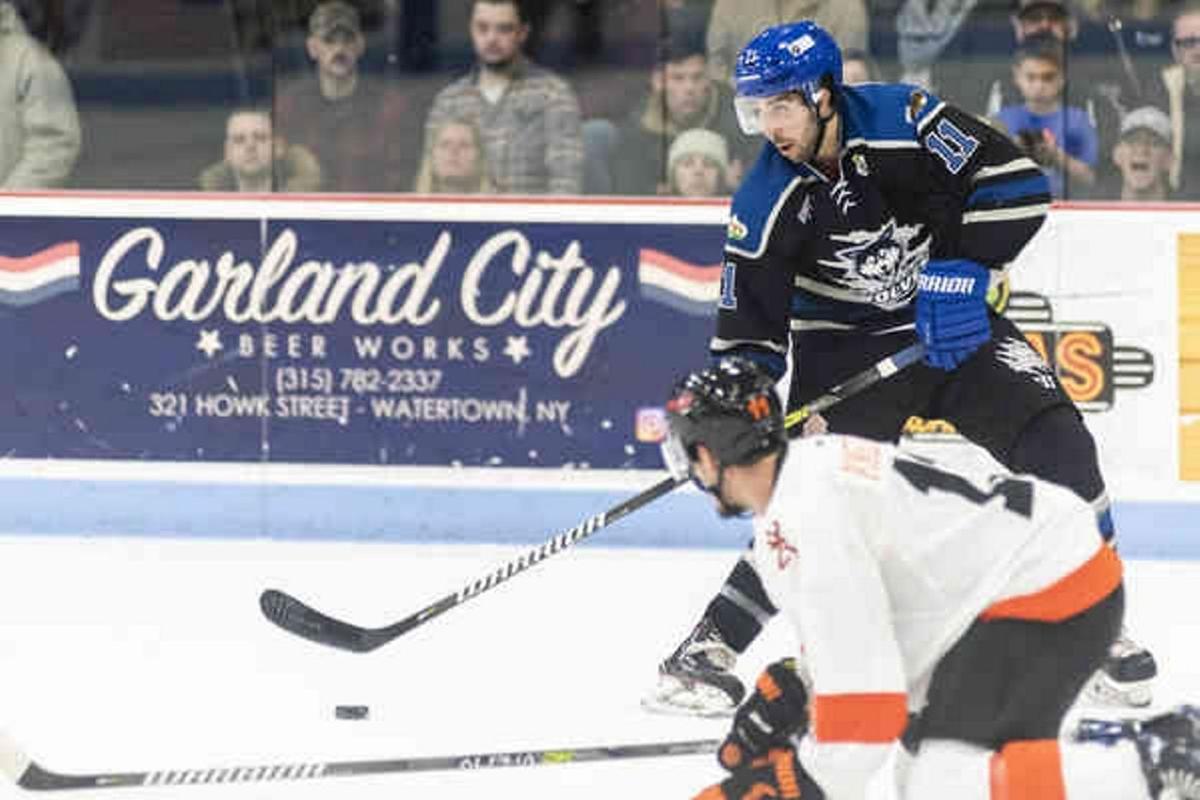 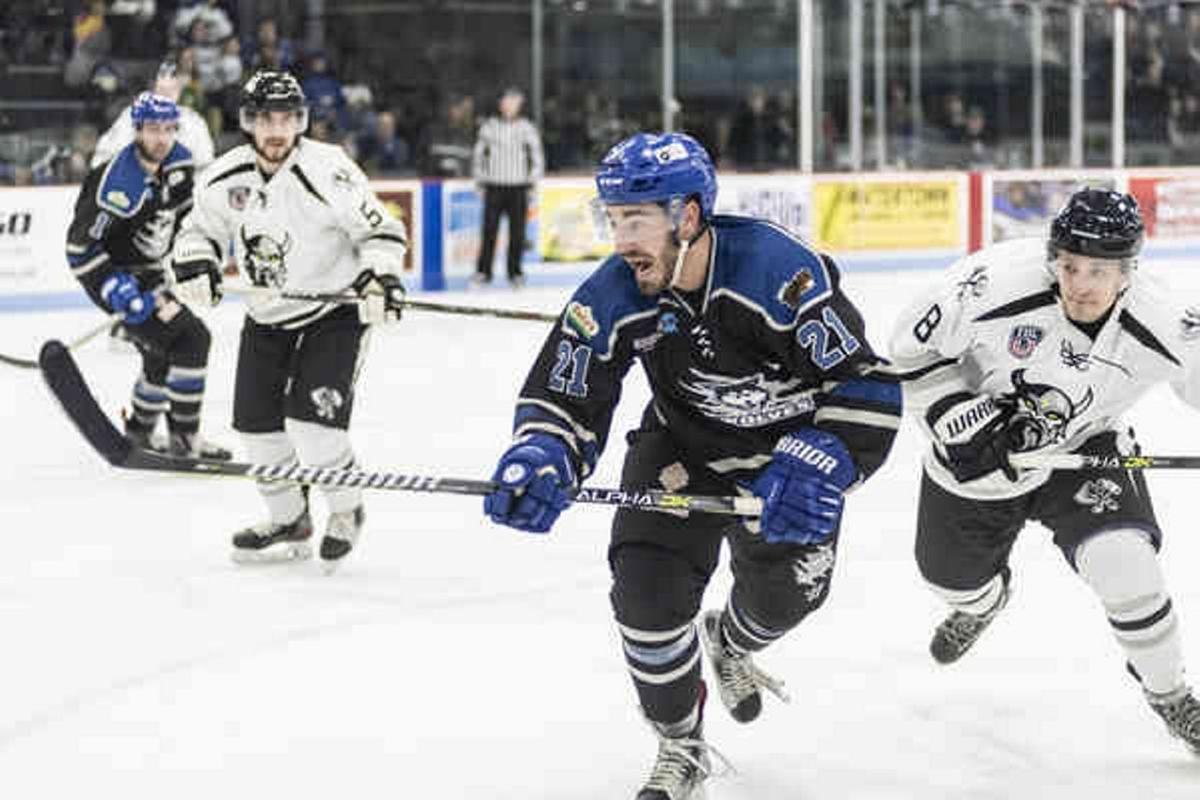 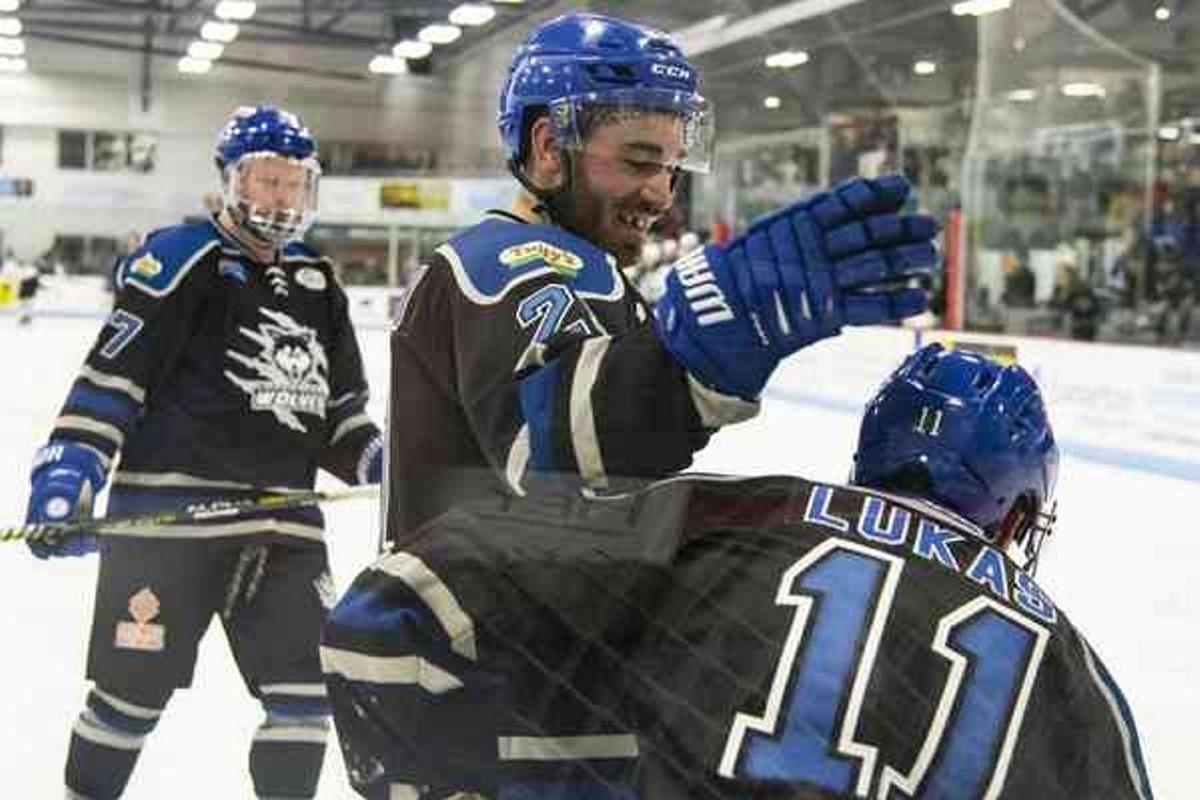 Watertown Wolves forward Deric Boudreau, helps teammate and forward Jamie Lukas get back up after sliding into the boards during a Jan. 18 game against the Columbus River Dragons at Watertown Municipal Arena. Emil Lippe/Watertown Daily Times 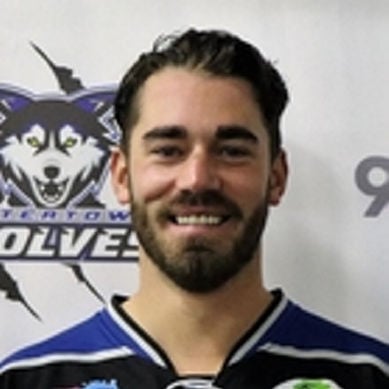 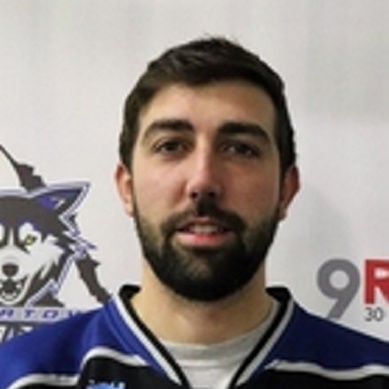 Watertown Wolves forward Deric Boudreau, helps teammate and forward Jamie Lukas get back up after sliding into the boards during a Jan. 18 game against the Columbus River Dragons at Watertown Municipal Arena. Emil Lippe/Watertown Daily Times

WATERTOWN — Jamie Lukas and Deric Boudreau were roommates during this past season with the Watertown Wolves. The two versatile rookie forwards eventually played on the same line for the Wolves for much of the season.

Now they return to the Wolves together for the 2020-21 season.

The Wolves announced this week the team had re-signed both players, adding two more key pieces as it builds next season’s roster.

“I was roommates with Deric and Lane King,” Lukas said. “And once Lane unfortunately got injured early in the season, I got the call up to that line and I think we gelled really well together. I know we were on the penalty kill together and we did a lot of good things there. So I’m excited, hopefully I’ll get to play with him again, but we’ll see what happens.”

“Both those guys are great signings and they’re just going to make us better and stronger,” Watertown Wolves head coach Brent Clarke said.

Boudreau, a centerman, led Watertown in assists (43) last season, while finishing second on the team in both goals (29) and points (72) in 46 games played.

Boudreau also played in 19 games with the Wolves in the 2018-19 season, generating 27 points, including nine goals, in 19 games.

“I’ve always liked the way Boudreau plays, I like that he brings a lot of speed and stuff,” Clarke said. “He’s hard on the puck and I like his energy.”

In his first pro season, Lukas, primarily a winger, totaled 33 points, including 18 goals, in 44 games with Watertown.

“Lukas is the kind of guy who can play on any line,” Clarke said. “He can be on first, second, third line as well, he’s one of those guys who’s universal. He chips in on the goals as well, he’s a big body and he’s definitely a pretty smart player.”

Both Boudreau and Lukas were key contributors on special teams for the Wolves, as both played on the penalty kill as well as the power play.

“We just connected right off the bat off the ice,” Boudreau said of Lukas. “And then maybe a couple games in, I ended up playing with him and we never stopped playing together. Five-on-five, coach (Paul MacLean) would give us different wingers to play with us, but we were always linemates.”

Meanwhile, Lukas led the Federal Prospects Hockey League in shorthanded goals with six and also scored two power-play goals of his own.

“We were one of the big units on the PK and we had some success scoring a good amount of shorthanded goals for us,” Lukas said. “So I think the chemistry is there and it will only get better for this next season.”

“Lukas is an awesome penalty killer and I actually got a couple goals on that last year,” Boudreau said. “For us on the PK, I just kind of let him wheel by everyone, try to give him the puck and he finds the back of the net. So I’m very glad he’s coming back.”

Much has transpired in the Wolves’ organization after their season was cut short during the stretch drive to the playoffs when the league canceled the remainder of its season on March 16 because of the coronavirus pandemic.

First, the majority of the team was sold to entrepreneur Andreas Johansson by then majority owner Don Kirnan, the team announced in early April.

Then, Watertown returned Clarke as head coach. Previously, Clarke guided Watertown to the league championship in 2014-15 in the franchise’s first season in the league.

“Just hearing Andreas coming in and Clarke coming in, it shook up the organization a little bit, and they brought back some good players to Watertown,” Lukas said. “We seem to have good talent coming back. A big reason why I decided to re-sign is just seeing so many guys back, they were key pieces to our team last season. So I just think it was a no-brainer for me to come back.”

“I keep in touch with all of those guys,” Lukas said. “So talking with them, they seemed happy with the new ownership and coach coming in, so that’s definitely something I was interested in. It’s like a breath of fresh air.”

“One hundred percent,” Boudreau said. “We still have some work to do, but I think a lot of good pieces are forming right now, it’s exciting.”

“We’ve already got some good pieces here,” Clarke said. “People want to go where teams are headed in the right direction and where they’re headed towards success,” Clarke said.

Clarke got to see both Boudreau and Lukas play last season as the opposing coach while behind the bench for the Elmira Enforcers, who have become the Wolves’ chief rival.

“Definitely, I like his coaching style,” Lukas said of Clarke. “He seems to value hard work and I’m someone who is a hard worker.”

Lukas, who is spending his offseason in his hometown in Pennsylvania, added:

“You always strive to be better, it was definitely a learning curve coming from college to the pro game and definitely a different style of play,” he said. “I had to earn my stripes every step of the way and prove myself. I feel I could have done better, but I roll with the punches and I’m just excited to train hard and come back even better for next season.”

Boudreau, who is currently in the Ottawa area where he’ll spend the summer, concluded:

“I don’t think I have a specific role, it’s kind of like what ever the game needs or the coach needs me to be doing I will do,” Boudreau said. “Some games I contribute offensively, but I think deep down it’s my hard work, and just my leadership and keeping the guys on a positive note.”