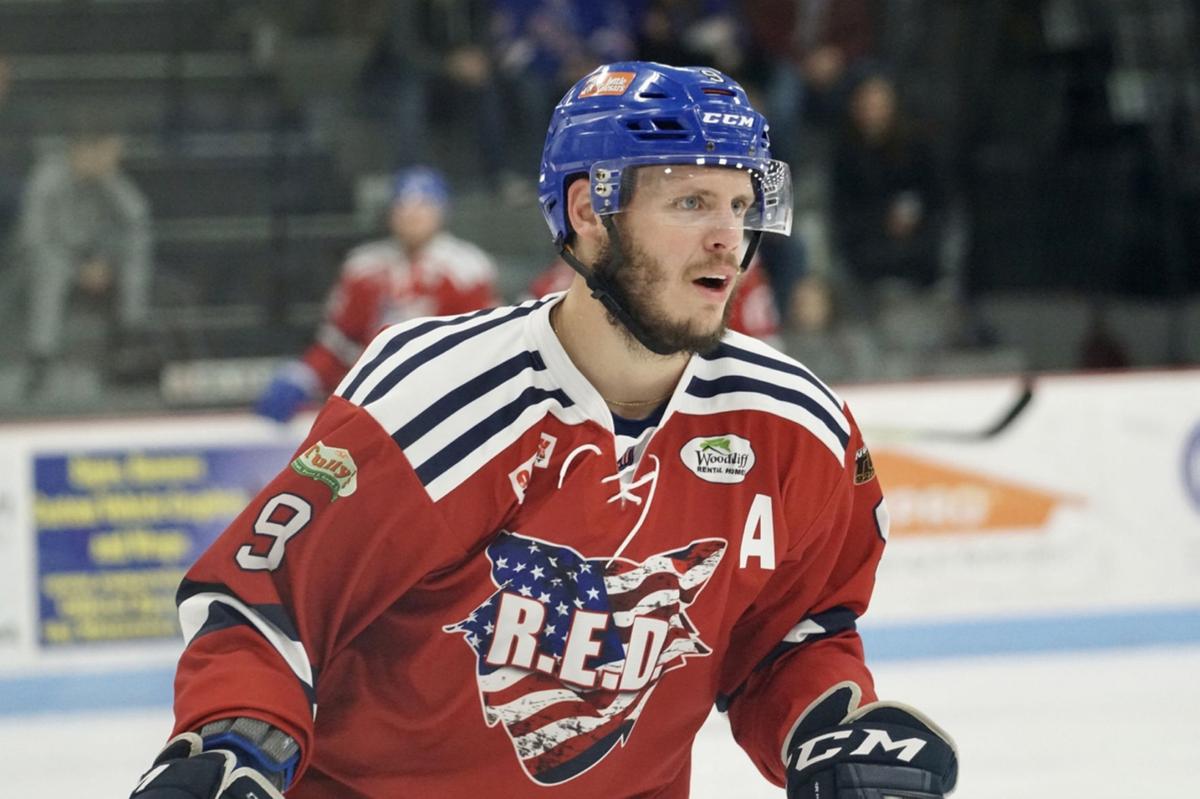 Watertown Wolves forward Lane King looks on during a game against the Port Huron Prowlers on Nov. 1 at Watertown Municipal Arena. King re-signed with the Wolves this week and hopes to return for his third season with the team. Watertown Wolves photo 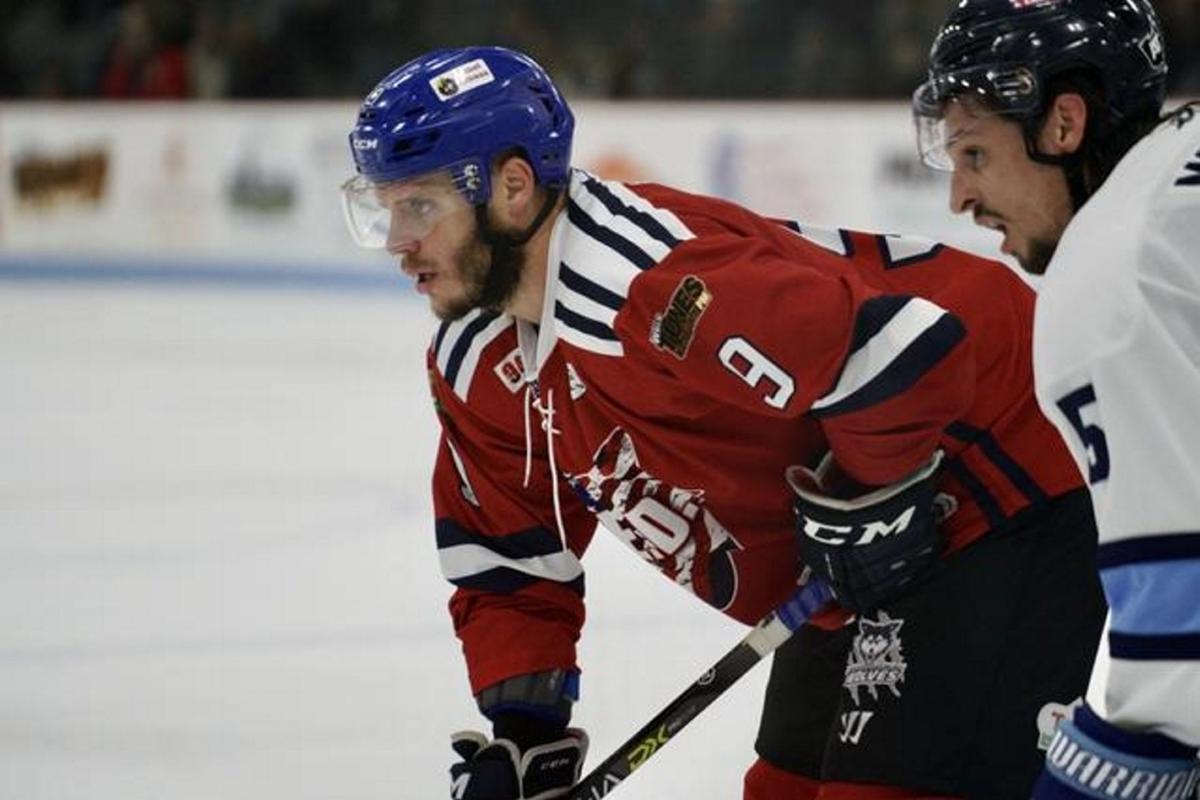 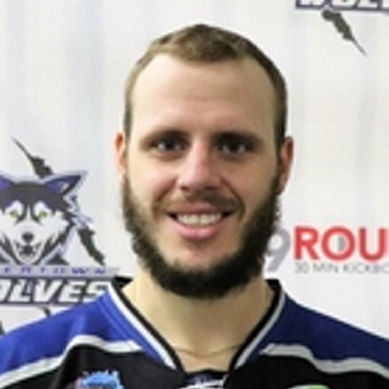 Watertown Wolves forward Lane King looks on during a game against the Port Huron Prowlers on Nov. 1 at Watertown Municipal Arena. King re-signed with the Wolves this week and hopes to return for his third season with the team. Watertown Wolves photo

The Watertown Wolves continue their push to build their roster for next season, with Lane King the latest player to be brought back into the fold.

King, a versatile forward who can also play defense, re-signed with the team last week, after missing most of last season with an injury.

“I think it’s going to be really exciting leading up to the season here,” King said. “I talked to coach (Brent) Clarke (last) Monday, he called and wanted to get things done so I could focus on next season.”

King is the latest in a host of signings by the Wolves over the past month, including high-scoring forward Deric Boudreau, who played on the same line with King last season.

“I was lucky enough to play with some pretty good players and Deric Boudreau is one of them,” King said. “He just re-signed with Watertown, too, so I’ll have familiarity with him, I’ve always been his linemate. So he helped contribute a lot for sure to my success because he’s a great player.”

King will be returning to the Wolves for his third season after totaling 73 points, including 20 goals and 53 assists, in 41 games over his first two seasons with the team.

His latest campaign was abruptly cut short just seven games into last season when he suffered a knee injury with a torn ACL. He remained in the area, where he underwent surgery in December and is now nearly fully recovered.

“With rehab, I’ve come a long way,” he said. “I worked with Warner Physical Therapy in Watertown and they’ve been great, and even during the pandemic my trainer Jess has sent me stuff to do, so on the rehab side of things, I’m almost back to 100 percent, so it’s exciting.”

Last season, King posted 15 points, including 13 assists, with Watertown before he was injured.

“Lane didn’t play much last year, he was hurt,” Watertown Wolves coach Brent Clarke said. “He played well the year before and I know what he brings, he’s a quality player and he can play center or wing. Again, he’s one of those guys who’s a point-getter and we’ll be relying on him to produce, which we know he can do.”

During his injury, King served as an assistant coach for the Wolves under then head coach Paul MacLean.

“I was lucky enough that the owner of the team at the time and the head coach allowed me to help being an assistant coach,” King said. “So I got to coach and rehab, so it was nice to kind of focus on a different aspect of hockey and learn that side to see if I ever wanted to go into coaching.”

“It was a cool experience to see how things work from a different perspective through the management side, it’s a lot different than what the players go through,” King said. “So it was cool to see how both sides work.”

He was also promoted to the Southern Professional Hockey League at times during the season, playing 14 games with Peoria, Roanoke and Evansville.

“I think it was a good experience for me, it was my first season (playing) pro after signing after my senior year of college,” King said. “So it was kind of a learning year for me the first half until I got to Watertown.

“Overall, the Southern league is a great league, obviously they do a great job there and I had a great time there, but I’m pretty partial to Watertown.”

“As far as our team from last year, I know they have re-signed some good guys who are coming back,” King said. “And Andreas (Johansson) and Clarkie brought in some really good talent so far from the outside with the big trade for Fred Hein, so it’s an exciting time to have in Watertown.”

King is pleased with the team’s proactive approach in beginning to forge the team’s roster over the past month.

“They’ve been aggressive, which is what I love to see,” King said. “You still see that parts of the roster still needs to be filled out. You also see that core of players that they’re starting to sign, and there’s a few other guys that we’re going to be signing soon. So it’s good to see that we have a really strong core group of players, so hopefully we can put it all together next season.”

After Johansson became majority owner of the Wolves franchise, the team announced April 1, Clarke was hired later in the month as coach after two seasons as head coach of the Elmira Enforcers, Watertown’s chief rival in the Federal Prospects Hockey League.

“As far as Andreas, I love how passionate he is about the Wolves and how he wants to bring even more success to Watertown and engage the fans even more,” King said. “So I think for the Watertown fans, they’re going to be really happy with how not only the team looks, but how the game day experience is as well.”

King is also looking forward to playing for Clarke, who coached the Wolves to their first league championship in their first season in the circuit in 2014-15.

“As far as Clarkie goes, he has success everywhere he goes,” King said. “Part of why I want to play for Clarkie is I always hated playing against his teams, because they always play hard and physical, and they’re very skilled, too. So that’s why I knew I would want to play for him, because those are the things I like to bring to my game.”

King is spending his offseason back in his native Wisconsin in his hometown of Waunakee, where this summer he plans to continue to play golf in addition to training for next season.

“Right now our rinks just started opening back up,” he said. “In summers mostly I run hockey camps in my town and try and do a lot of golfing and hockey and things like that.”