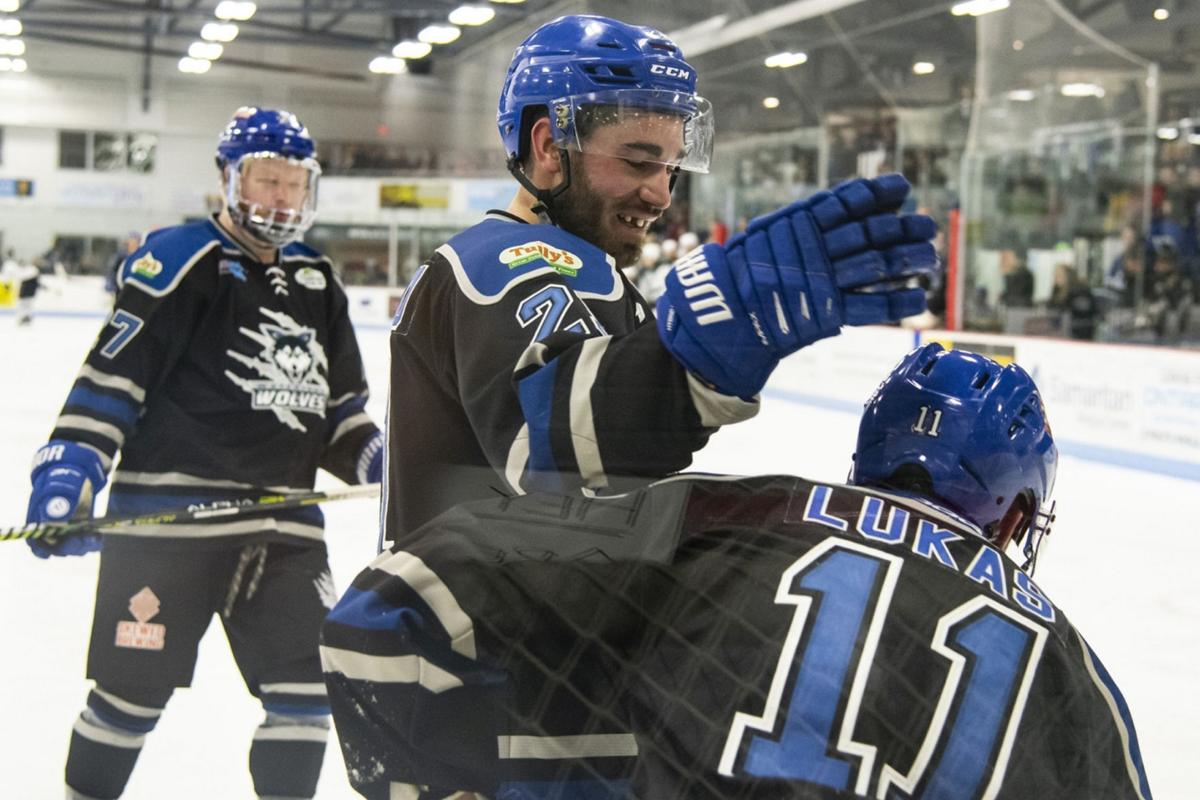 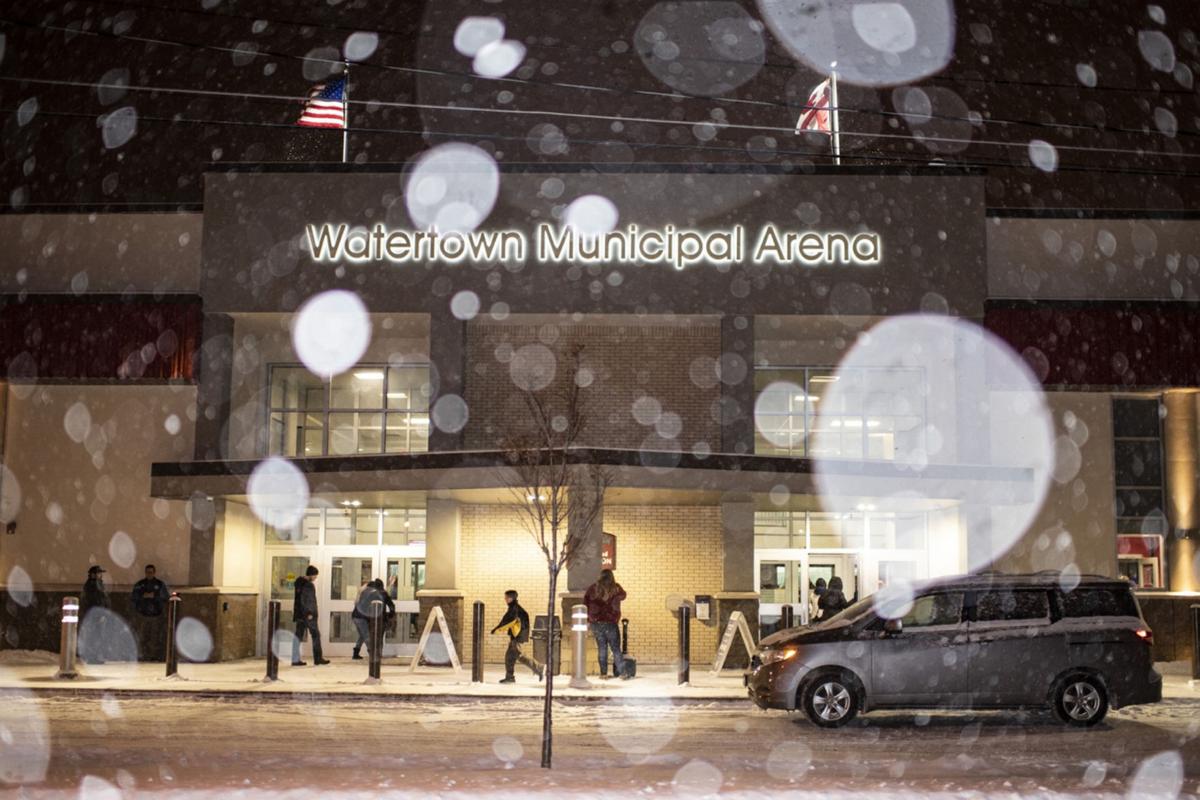 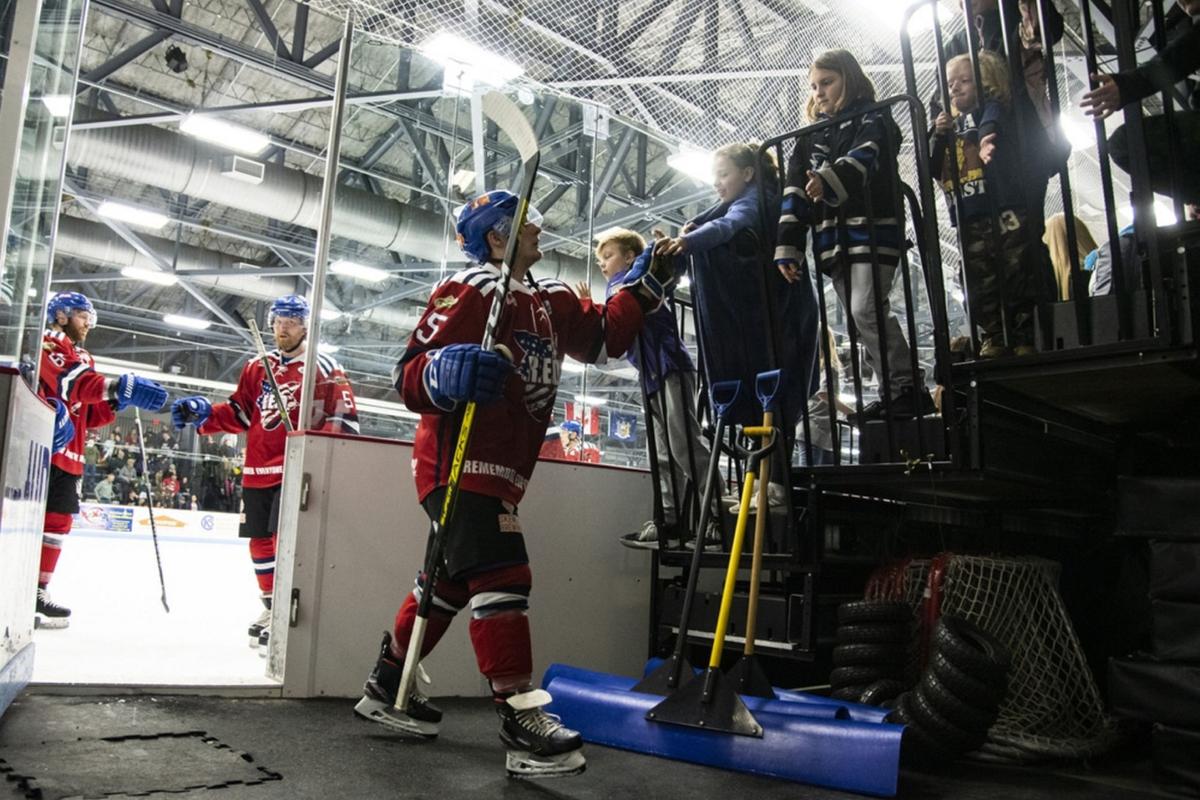 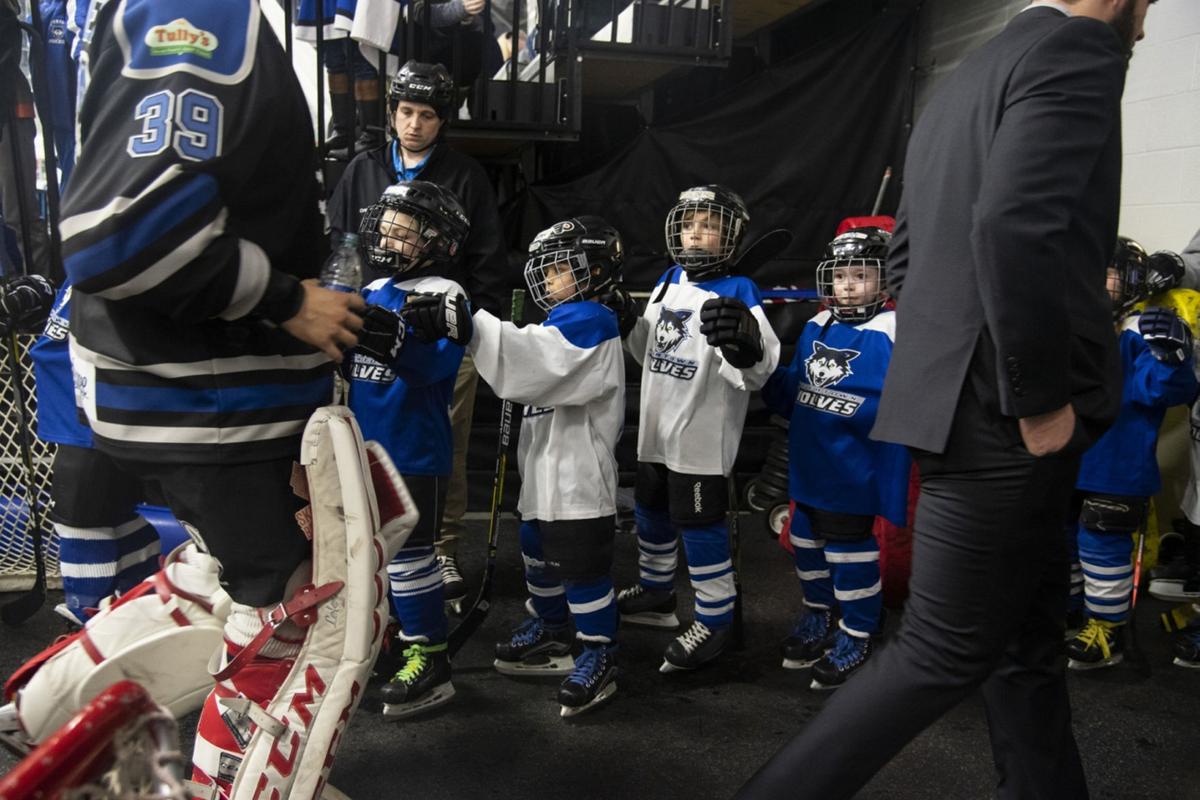 The Federal Prospects Hockey League’s season came to an abrupt halt when the league announced it had canceled the season Monday, because of the coronavirus pandemic.

This ended the Watertown Wolves’ campaign with 12 games remaining in their regular season.

“It’s been disappointing for everyone in the league, as well as ourselves and Watertown,” Wolves team captain and veteran defenseman Kyle Powell said. “No one wants to see the season end abruptly like that. But at the same time, you’ve got to look out for your own personal health.”

The Wolves, who had qualified for the FPHL playoffs, finished in third place in the Eastern Division with a 25-23 record, which included 22 regulation wins and three more beyond regulation, and 21 regulation losses, as well as two more either in overtime or shootouts.

“If you told me this was the way the season was going to end, it would be hard to believe,” Watertown coach Paul MacLean said. “But it’s affected a lot of things, for sure.”

Watertown’s final game this season proved to be the last game in pro hockey for now, in a 4-3 loss at the rival Elmira Enforcers last Thursday.

“Obviously there’s disappointment,” Wolves rookie forward Tyler Bullard said. “But I think as a group we also understand what’s going on and what’s taking place in the world is bigger than obviously hockey.”

“I don’t think anybody was surprised, but you’re always kind of hoping there’s a miracle, right?” MacLean said.

During the game, the FPHL announced it had suspended its season, following the NHL, AHL, ECHL and SPHL, which had all made similar announcements earlier in the day.

“The whole lead up of the day, we woke up that day knowing there was the potential of the league suspending the season,” Powell said. “We were still playing Elmira and when we got to the rink to find out that no fans were going to be at the game, it was a different kind of hockey game all together. When you got out there and you didn’t see anyone in the crowd, it just takes a different look on the game itself.”

The Wolves were informed about the news of the league’s suspension after the game on the team bus, which instead of continuing the road trip, headed back to Watertown that night.

“So I understand why the league did it, but it kind of sucks to be honest about it,” Powell said. “There’s no more hockey now until October.”

“It’s obviously never a good feeling to just have something like that kind of ripped away and just taken away quickly and abruptly,” Bullard said.

The Wolves as a team gathered at Watertown Municipal Arena on Monday before they got the final word that the FPHL had ended its season.

“We were the last league to cancel,” MacLean said. “We have that short playoff series, so I think there was a little optimism where we thought where we might be able to finish up if it had cleared up in a few weeks.”

On an upbeat note, Wolves forward Ryan Marker was selected as the FPHL’s rookie of the year. The centerman totaled 76 points, including scoring 42 goals in 42 games.

Marker recorded 21 points, including scoring 11 goals, in 12 games since he was acquired by Watertown in a trade with Delaware in January.

“We finally got our lineup intact and March and April hockey leading into playoffs is the best kind of hockey of the season,” Powell said. “It’s unfortunate and the only thing you can do now is get ready in the offseason and look forward to the upcoming season.”

Powell also led all defensemen in the league in scoring this season with 71 points, including 17 goals, in 46 games this season. Powell’s totals are also career highs.

Forward Deric Boudreau continued to generate offense in his second season in the circuit, scoring 29 goals and assisting on 43 others for 72 points in 46 games.

Boudreau followed up a rookie campaign in which he tallied 27 points, including nine goals, in 19 games with the Wolves last season.

Rookie goalie Jeremy Pominville proved to be a workhorse for the Wolves this season. He appeared in 44 of 48 games, posting a 16-17-2 record, with a 3.61 goals-against-average and a .906 save percentage.

“We are a pretty young team and we were actually gelling really well together, you could tell things were about to start really picking up for us,” said Bullard, who is one of several Wolves who played at SUNY Canton, including forward Joe Deveny. “We knew that we were probably about to start to heat up and start to take over and hopefully, obviously push for a championship.”

Among the league’s leaders, Marker led the circuit in goals, was third in points and second in power-play goals (10), Powell finished second in assists (54) and rookie forward Jamie Lukas led the league in shorthanded goals (six).

“We all play and coaching in the playoffs is exciting,” MacLean said. “It’s kind of the climax and you play during the season for us. I think there’s a lot of positives to take out of the season, though. I thought we had some pretty good dressing-room chemistry. We had some call-ups, we had some guys to play up and they came back — and I thought they were better players even when they came back. That’s a positive, too.”

The Wolves experienced a topsy-turvy season as they generated an eight-game winning streak in the season’s first month of November. They went on to lose seven games in a row in December and had lost four straight games when the season was halted.

“We had our ups and downs,” Powell said. “We had a couple losing streaks, we had a few winning streaks. Throughout the season we battled, there were a few games we were short of players because of injuries. Other than that, the coaches did that and as players we did our jobs we were supposed to on the ice.”

“I think we managed to bring in some guys that could help the team,” MacLean said. “Like with the Desjarlais’ brothers (Michael and Dallas) and Pominville had a good start. We have a lot of talent, Ryan Marker was good and he helped. Overall, we had a pretty good group of guys.”

Watertown also secured a spot in the playoffs for the fifth time in five seasons in franchise history.

The Wolves won the league championship — the Commissioner’s Cup twice — in their first season in the circuit in 2014-15 as well as in the 2017-18 season.

Powell, who has played five seasons in the league, including the past four with the Wolves and is the franchise’s all-time leader in games played (224), hopes to be back with the team next season.

“Absolutely I want to come back to Watertown,” Powell said. “I said at the beginning of the season, Watertown is pretty much my second home. And the way the season ended, you never really know who could have won or who could have made it to the finals. There’s always that ‘what-if’ feeling. As of right now, I definitely look forward to coming back to Watertown and having another year with the Wolves.”

MacLean coached the team in his first coaching job at this level.

“It was good,” MacLean said. “To be honest, I’ve coached Junior-A in Canada and it’s kind of relative. Here you’re dealing with guys who are a little older and at the junior level you’re dealing guys who are trying for Division I scholarships and some are going for major juniors.”

MacLean added: “For sure, I would definitely come back. Right now we’re all just kind of in limbo. If you look at this situation, if it ever went to June or July, it would be a real problem.”