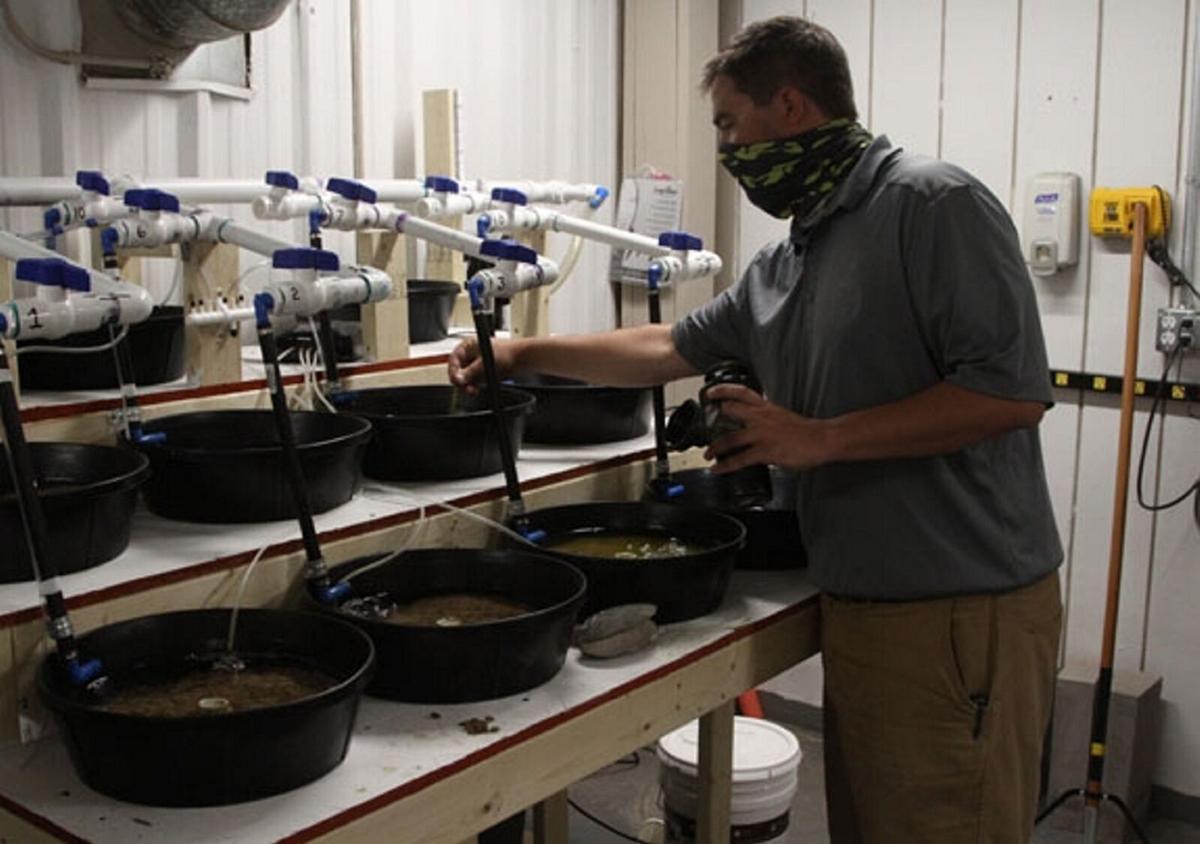 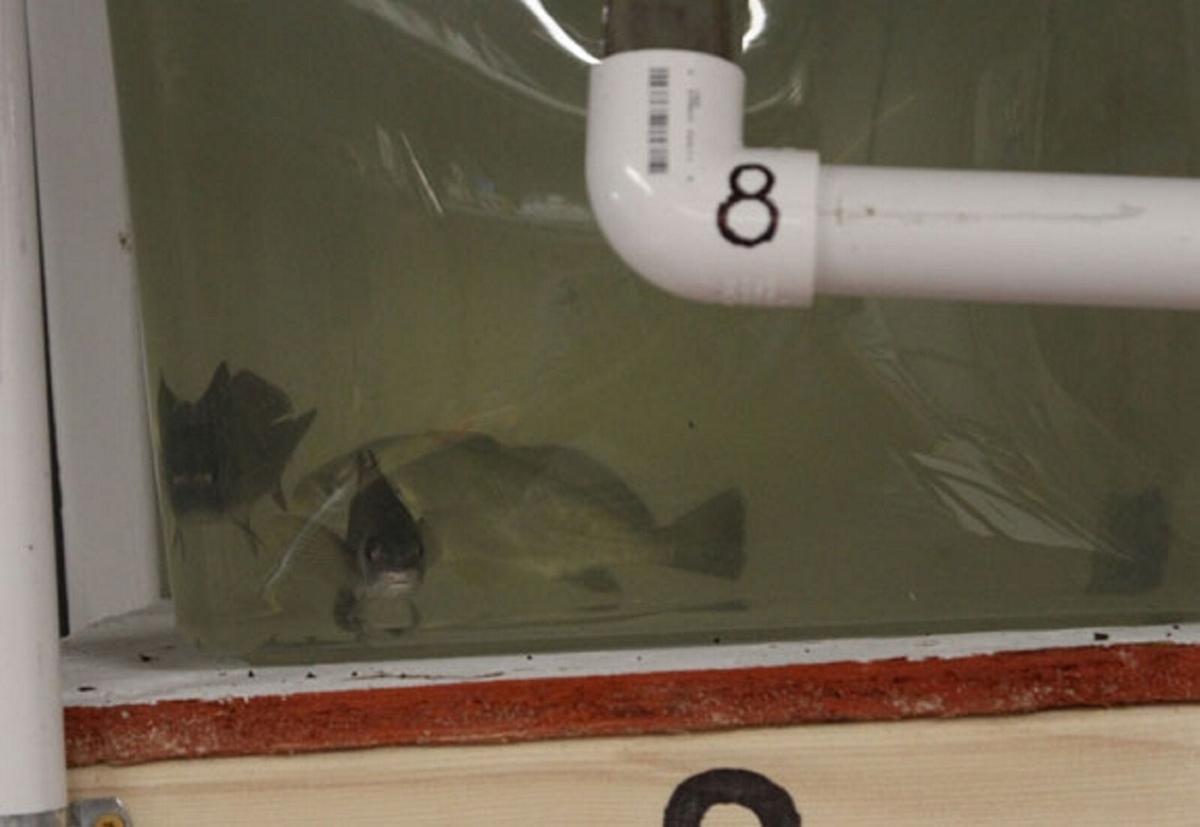 Fish, whose gills native mussels latch onto to help receive nutrients, swim in an array of tanks which use a gravity-based feeding system. Aiden Pollard/The Telegram 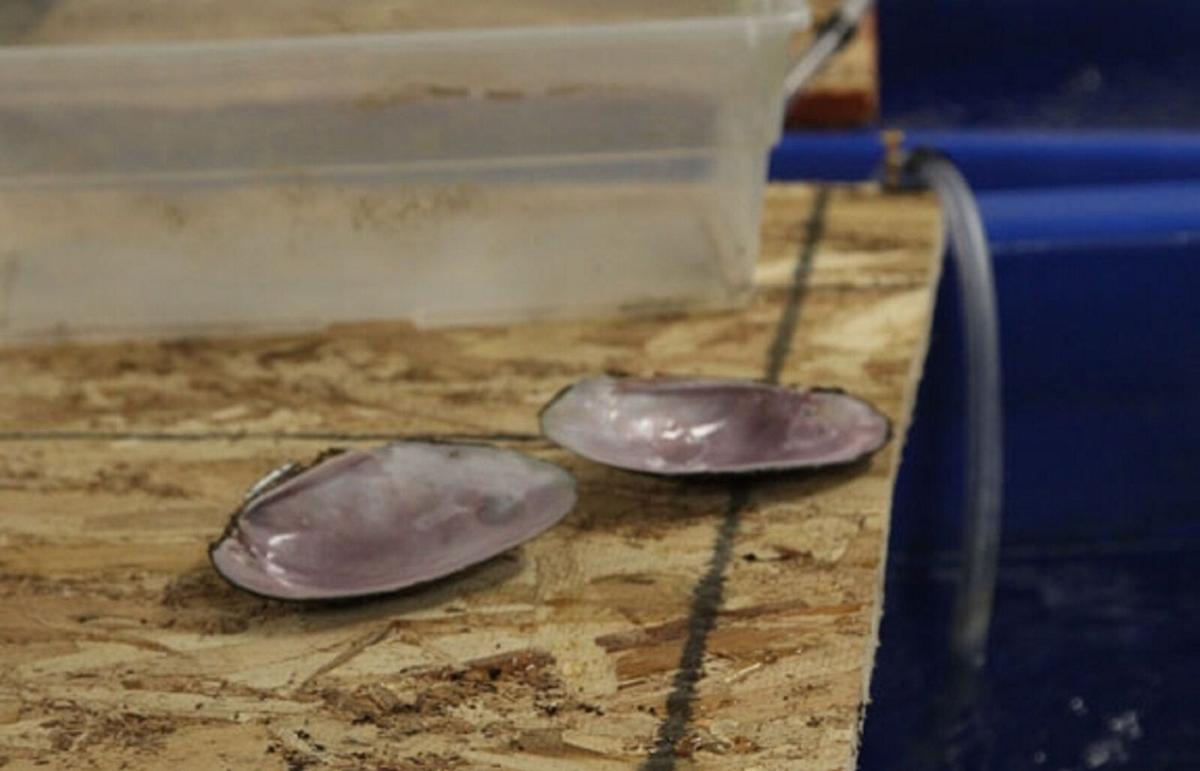 The shell of a fully-grown native mussel. Aiden Pollard/The Telegram

Fish, whose gills native mussels latch onto to help receive nutrients, swim in an array of tanks which use a gravity-based feeding system. Aiden Pollard/The Telegram

The shell of a fully-grown native mussel. Aiden Pollard/The Telegram

AKWESASNE — At a lab in Akwesasne, a team is working to save species of mussels in a way that few others in New York state have been able to replicate.

Following the introduction of invasive species like the zebra mussel and the impact of Superfund sites and their attempted remediation, the native mussel population in the river has been decimated. Mussels that used to be ripe for the taking, used for eating, jewelry and regalia, are now under threat and require intervention to help save the species.

“They dug up everything,” said Aimee Benedict, environmental planner for the St. Regis Mohawk Tribe, which is sponsoring the research.

“When they dredged that river, they killed a lot of stuff in there,” she added later, noting that things like worms, bugs, plants and mussels were affected alongside fish.

Benedict said the species have been depleted for generations, noting that her father “does not ever remember eating mussels.”

Bowman works with Jessica Jock and Jay Wilkins on the mussel propagation project, which is attempting to replenish native freshwater mussels in the Grasse River.

At their lab in what used to be the Bingo Palace on Frogtown Road, the team breeds and raises mussels, which are then placed in the river in hopes of replenishing the population.

The team focuses mainly on three specific species, the Eastern lampmussel, pink heelsplitter and fragile papershell, that have been the most affected. But they hope to be able to move on to other affected species, which they call “species of concern.”

“But that’s a long time from now,” said Benedict.

At the lab, the team breeds mussels by allowing them to attach to the gills of fish, which are housed in an array of tanks in the facility, and then purposely flushing the juvenile mussels from the gills to be moved into their own separate tanks, holding upwards of 4,000 mussels, to grow into adulthood. There, the mussels are fed a mussel-specific algae diet until they’re mature enough to be placed into the river.

Bowman said the team is “really trying to up the numbers of propagation,” adding that he believes the project is moving ahead well and projecting that the team has helped reintroduce around 300,000 mussels so far.

“There’s not too many places doing this,” said Bowman.

In their natural habitat, the native species of mussels populations are suffocated by the invasive zebra mussels, which siphon out nutrients native mussels need from the water and attach to native mussels, incapacitating them.

Bowman said zebra mussels are a problem all over.

As it stands, the team projects they have around three to five years worth of funding to continue helping native species.

“One thing that’s nice about this project is all the partnerships that are going on,” said Benedict.

Thanks to a settlement with the DEC, Arconic (former a part of Alcoa) will provide $2.3 million in funding to protect and restore critical habitat at the Grasse River Federal Superfund site in Massena.

The final settlement, announced last Wednesday, provides $2.25 million to the DEC for mussel relocation activities. It also requires Arconic to fund contract divers to assist the DEC and the tribe with mussel salvage operations.

The project is one of the few of its kind in the U.S., and because of that Benedict thinks it could eventually become profitable in the “far, far future.”

But for now, the team is still focused on obtaining grants and replenishing the population in the Grasse River.

Have you cancelled or changed plans for group events with COVID-19?