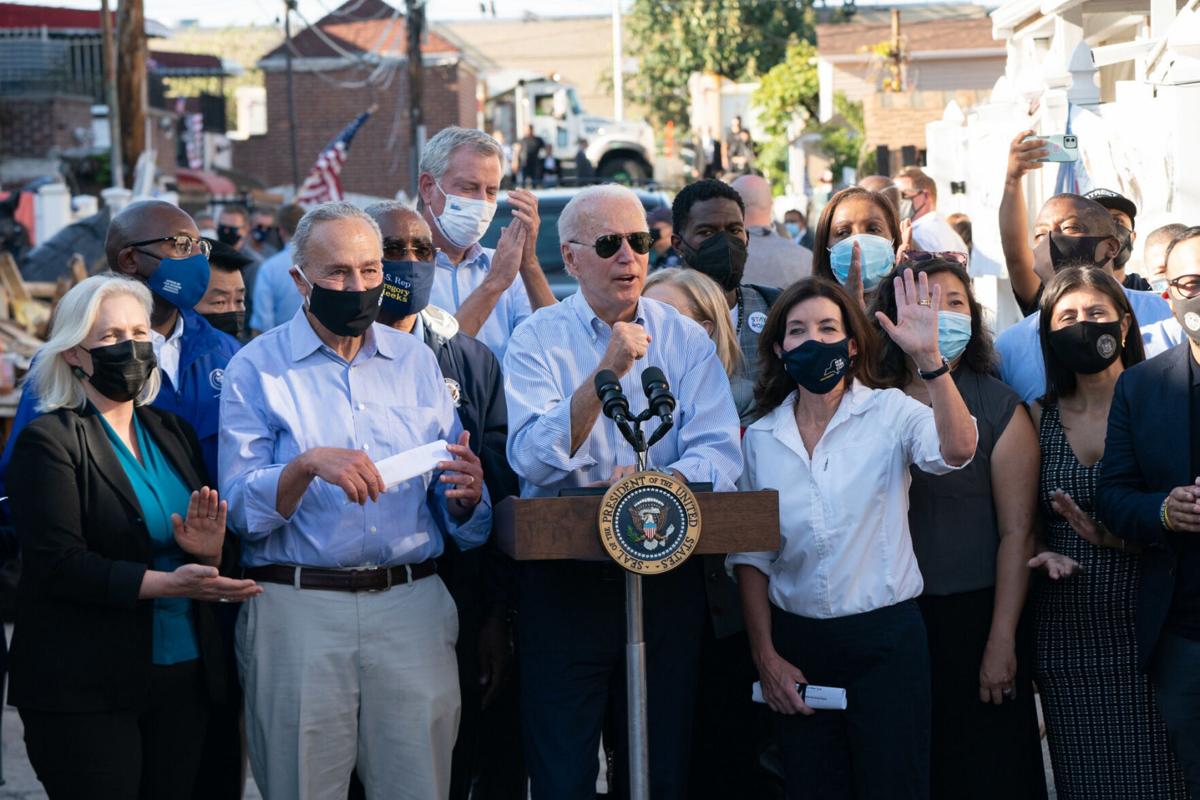 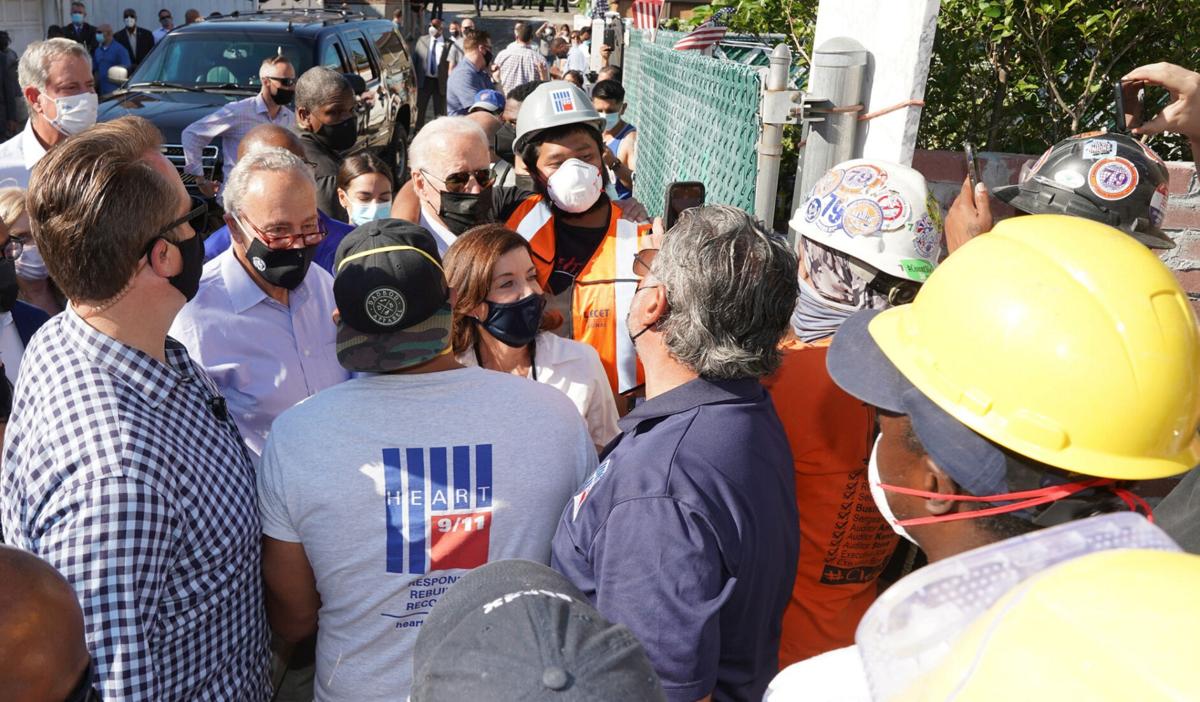 The storm claimed the lives of at least 18 New Yorkers who became trapped in their basements, basement apartments or vehicles. Ida has been blamed for at least 67 deaths in the nation as of Tuesday.

“It’s about time we step up,” Biden said late Tuesday afternoon among the Queens debris. “Climate change poses an existential threat ... We can stop it from getting worse.”

Hurricane Ida’s historic rainfall and flooding wreaked havoc on 14 counties throughout New York City, Long Island and the Hudson Valley overnight last Wednesday. As of Tuesday afternoon, the Metro-North Railroad, which goes from New York City to Poughkeepsie, continues to operate on limited service as crews remove up to 10 feet of mud from the tracks.

Hurricane Ida was the second tropical storm to devastate parts of the New York City and downstate metropolitan areas in 10 days, followed by widespread power outages after Hurricane Henri hit the state Aug. 21 and 22.

The back-to-back once-in-a-century storms will become frequent and ferocious under the threat of climate change and rising sea levels. The ongoing wildfires in California, which Biden said have incinerated about 5 million acres, and the deadly flooding in many states prove the increasing hazards of global warming.

“People are beginning to realize this is much, much bigger than people are willing to believe,” Biden said of Americans who continue to doubt the existence of climate change.

“I think even the climate skeptics are seeing that this really does matter,” he added.

Congress must act, Biden said, to pass his $7 trillion Build Back Better agenda to invest in more robust infrastructure, decarbonize the economy and create clean energy jobs throughout the nation to reduce emissions and combat climate change.

“We’re not going anywhere,” the president said. “... We are determined that we are going to handle climate change and have zero net emissions by 2030.”

The maximum payout for IHA is $35,000 per homeowner, but not every homeowner will be approved for the full award.

“[U.S. Department of Health and Human Services] secretary will work with the states to make sure folks on Medicare/Medicaid get the emergency care they need, now, and we’re going to make sure the relief is equitable so that those hardest hit get what they need,” Biden said earlier Tuesday.

Specialists deployed by the state Division of Homeland Security and Emergency Services have estimated more than $50 million in damage statewide to public infrastructure and property.

The storm caused more than an estimated $50 million in damage to public infrastructure and property, while more than 1,200 residences suffered damage, Hochul said.

“We’re experiencing a climate crisis as we speak, but more than talking about that, it’s a humanitarian crisis,” Hochul said Tuesday. “... people that we represent, who put their faith in us, are in pain right now. They’re hurting. They look into our eyes and they ask us to help and we will not abandon them. Every one of us here, our elected leaders down from our president, to our senators, our congress members, our assemblymembers, our mayors, everyone, including our council members, we are here to help.”

Eligible residents and business owners who sustained losses from the storm can apply for assistance by registering online at DisasterAssistance.gov or calling 1-800-621-FEMA (3362) or 1-800-462-7585 (TTY) for the hearing and speech impaired, according to a statement from the White House.

The toll-free telephone numbers will operate from 7 a.m. to 10 p.m. local time seven days a week until further notice.