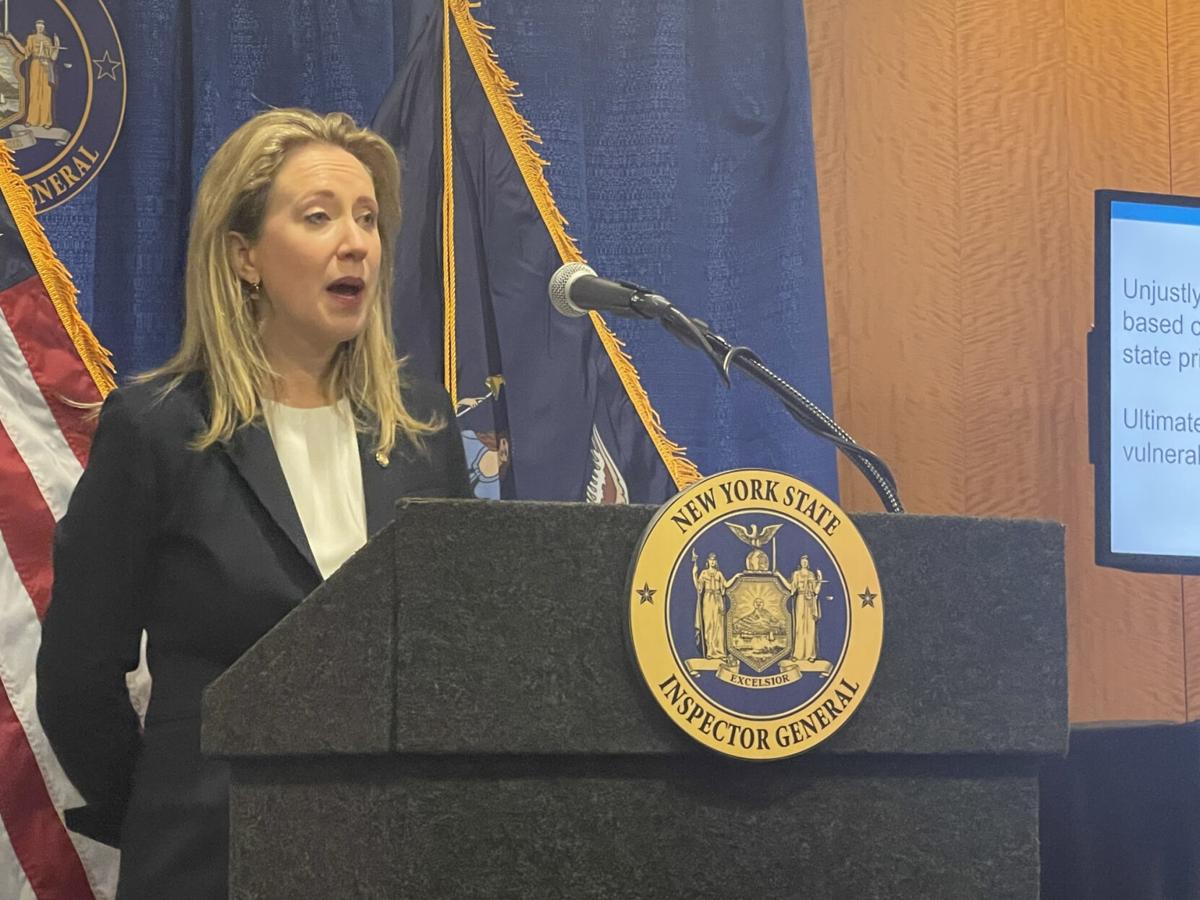 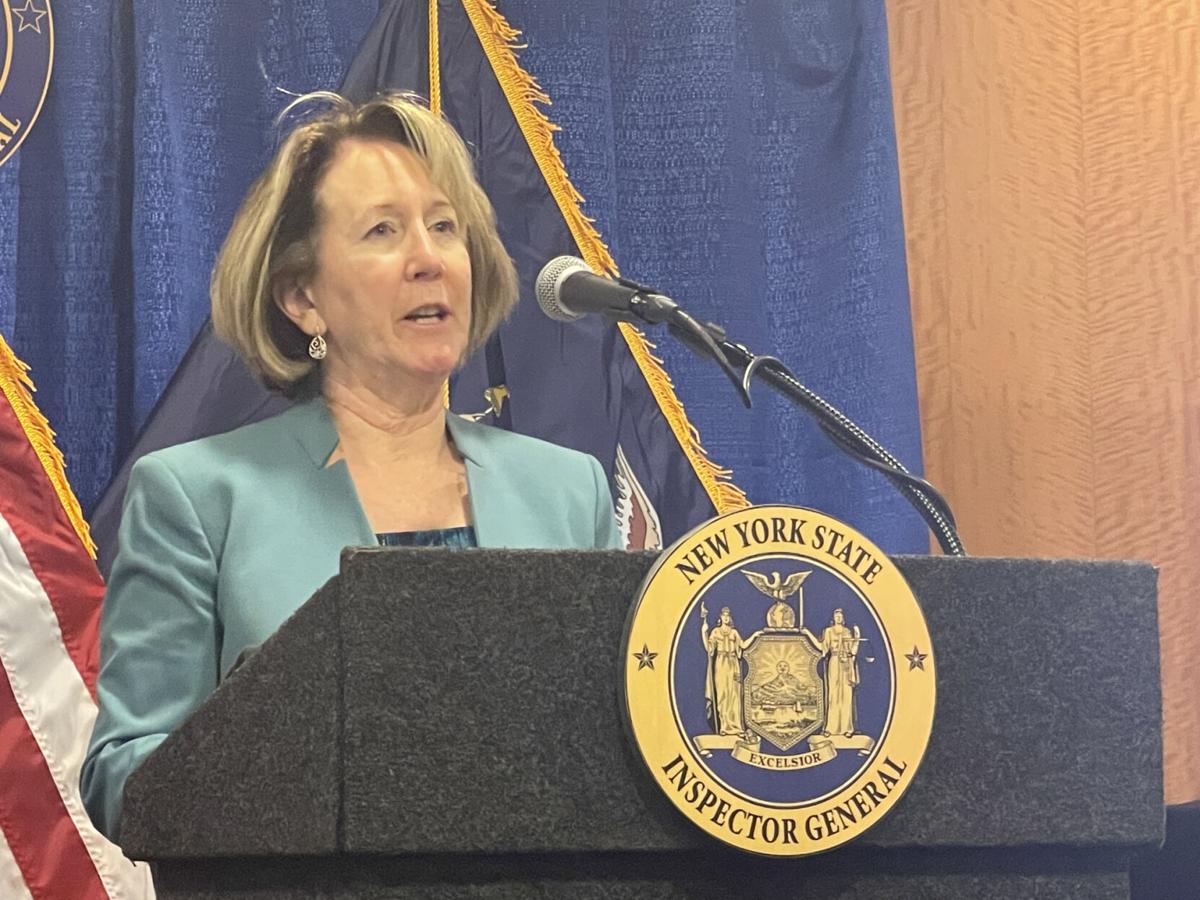 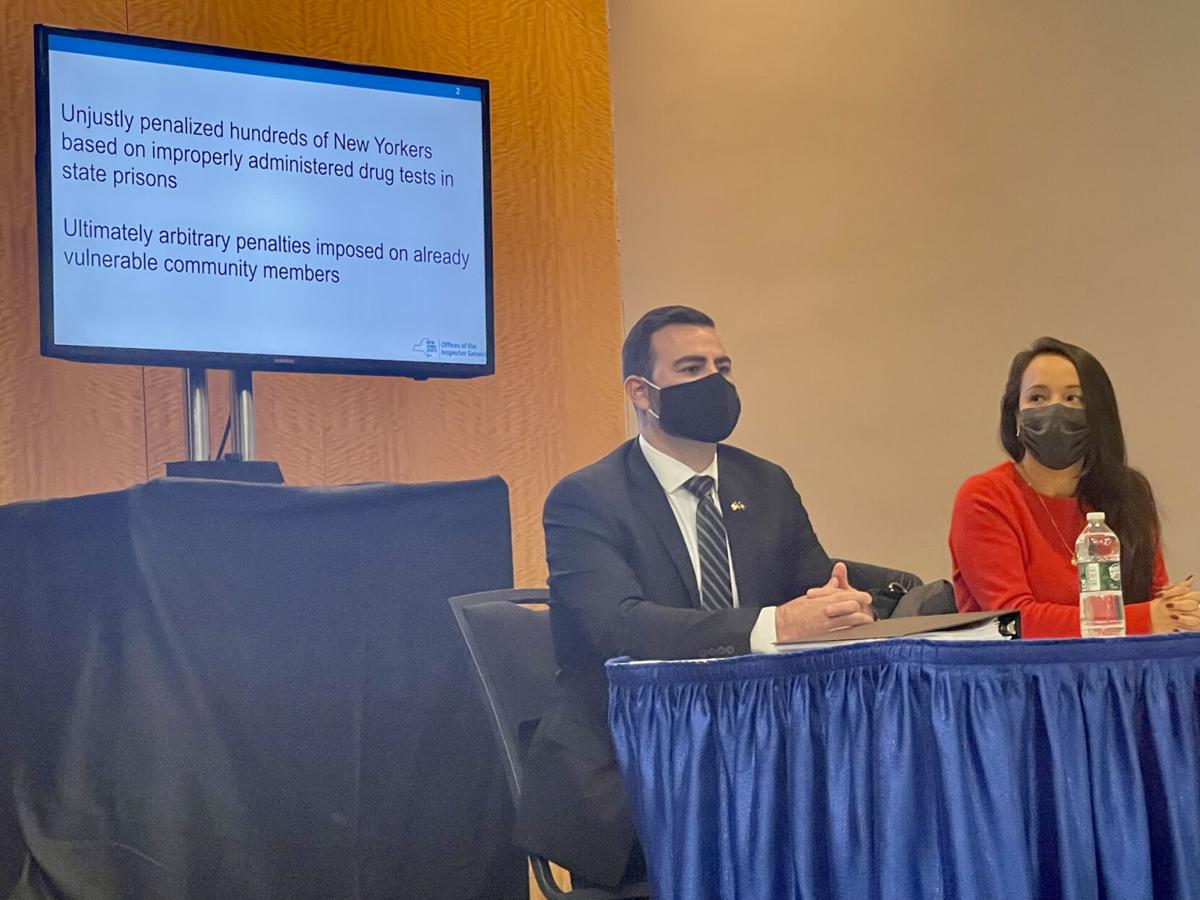 The false positives resulted in improperly revoked family visits, delayed parole or time in solitary confinement, according to a report released this week by the state Inspector General’s Office.

For eight months in 2019, DOCCS drug testing vendor Microgenics Corp. led to rampant numbers of false positive drug tests from January through August, which the department did not verify, State Inspector General Lucy Lang revealed in a report Tuesday.

“This was done without proper legal or scientific review,” Lang said in the Empire State Plaza on Tuesday. “Even after DOCCS received a significant number of complaints of false positives, including from long-incarcerated individuals who had never before tested positive for illegal drugs, DOCCS took no steps to seek outside confirmation of the tested results, and instead, used what should properly have been only considered preliminary results as the basis to punish hundreds of incarcerated New Yorkers.”

Of the 2,199 incarcerated individuals who tested positive for buprenorphine during the eight-month period, more than 1,600 were charged and punished by DOCCS based on false positives, according to the report.

A total 1,632 incarcerated people suffered consequences or preliminary false-positive results for the presence of the opioid buprenorphine from the potentially faulty tests through loss of privileges including receipt of packages, commissary and telephone use, confinement to one’s cell — known as keeplock — delays in parole eligibility or missed scheduled parole interviews, loss of access to prison rehabilitation programs and loss of family visitation.

As many as 140 people were placed in solitary confinement in a Special Housing Unit as a result of the preliminary, unverified drug test results, according to the report.

“Although the mounting public health crisis of substance misuse sadly extends behind bars, it by no means justifies the ultimately arbitrary penalties imposed on already vulnerable community members in our state facilities,” Lang said.

DOCCS’ Urinalysis Testing Policy mandates a second test be performed on the same urine sample that a screening test produces a positive result, but this protocol was not followed, according to the inspector general’s report.

“The state Department of Corrections and Community Supervision alerted the Office of the Inspector General when staff became concerned that the Microgenics drug testing units it procured might be incorrectly indicating false positives,” according to a statement from the department Tuesday. “DOCCS staff fully cooperated throughout the IG investigation and, as noted in the report, DOCCS has adopted and is implementing all of the Inspector General’s recommendations. We appreciate the thoroughness of the investigation as DOCCS strives to run fair, safe and secure facilities across the state.”

Department representatives would not answer questions about DOCCS’ current agreement and drug testing protocols, the department’s decision to use Microgenics in the first place, how the department is reversing the improper discipline of incarcerated people, and how officials will ensure a similar issue does not happen again.

He provided urine samples from six people at Eastern Correctional Facility who took Microgenics drug screening tests pending sentencing on their disciplinary charges to an outside laboratory, but took no action to remedy the issue. He told investigators he did not recall reporting testing errors to other department executives.

Kelly did not take action when results from the outside laboratory provided evidence the individuals may not have been positive, according to the report.

Kelly retired from the department in August during the inspector general’s investigation.

DOCCS also may have violated state Finance Law when contracting for commodities and services and procuring drug testing equipment for its Incarcerated Individual Drug Testing Program, according to the report.

The report and relevant evidence has been sent to the state Attorney General’s Office, pending further charges or penalties.

Several incarcerated people and their families have pursued civil legal action against Kelly, the department and other executives. Lang declined to comment on pending litigation.

A woman at Albion Correctional Facility, in Orleans County, who had never tested positive for drug use during her incarceration asserted a January 2019 drug test wrongly indicated that synthetic cannabinoids had been detected in her urine sample.

She was confined to her cell for 40 days and solitary confinement for 45 days after a subsequent Microgenics test, according to the report. She lost her prison job and coveted housing assignment and lost recreational time privileges, receipt of packages and telephone use for 105 days.

She was denied the continuation of visits with her three children.

“When a contract is put out to bid or an administrative disciplinary hearing produces an unjust result, there are real human beings affected and the ripple effect impacts everyone in society when an incarcerated person spends weeks months, or even years in solitary confinement because of an utterly unreliable drug test,” Prisoners’ Legal Services of New York Executive Director Karen L. Murtagh said Tuesday. “That is a travesty of justice that harms not only the person confined, but all of us. The harms are real, lasting and cannot be overstated.”

DOCCS terminated its contract with Microgenics on Jan. 15, 2020. The department has since implemented all of Lang’s recommendations to cut ties with the company and reform its drug testing program and consequences.

“The investigation speaks for itself,” Lang said. “DOCCS has complied with the recommendations that were made from policy perspective in the report and as additional ongoing investigations and potential accountability.”

DOCCS informed the Inspector General’s Office of Microgenics’ potential reliability issue on Sept. 19, 2019, after it had already discontinued use of the test to screen for buprenorphine.

DOCCS reviewed and reversed the punishments of those individuals found guilty of violations based on the faulty buprenorphine tests, including the release of 140 individuals from internal confinement between Sept. 11 and Oct. 22, 2019.

The department stopped imposing penalties based on any positive Microgenics drug test result without an outside laboratory confirmation on Nov. 5. DOCCS agreed to reverse and expunge all related disciplinary dispositions on Dec. 31.

DOCCS resumed its Incarcerated Individual Drug Testing Program after acquiring another drug screening test Premier Biotech Bio-Cup for urinalysis testing and revised its policy to require that “all initial positive test results will be sent to the outside laboratory for confirmation testing,” according to the report.

The inspector general interviewed more than 40 witnesses, including DOCCS staff, incarcerated people, toxicologists and representatives from Microgenics. The report was compiled following the review of tens of thousands of documents such as drug test results, disciplinary records, DOCCS emails, contracts, policies and manufacturer specifications.