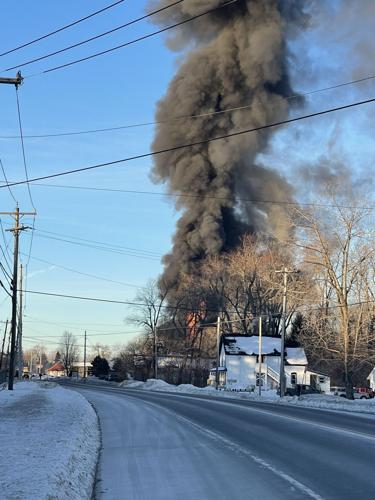 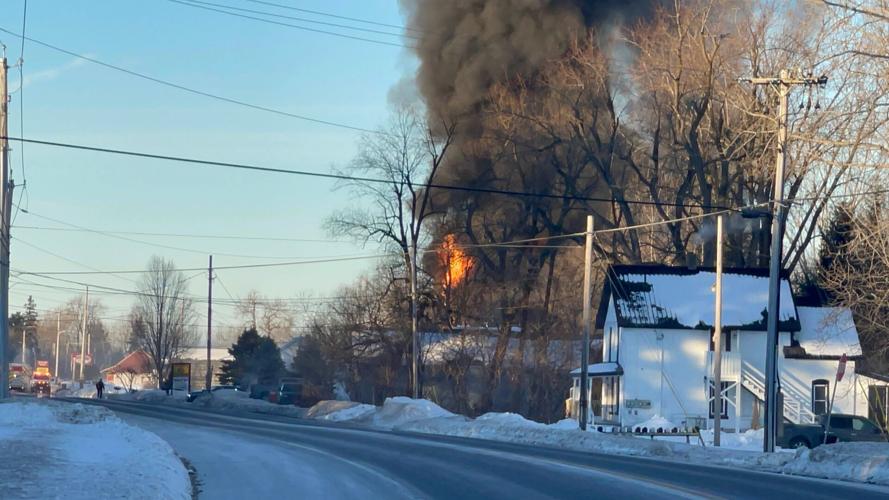 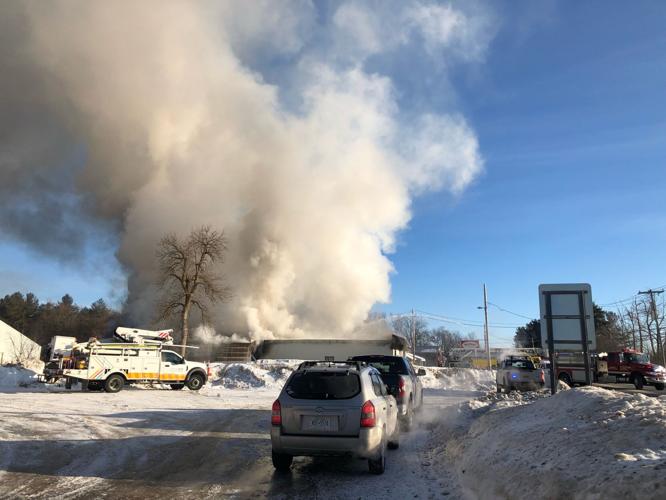 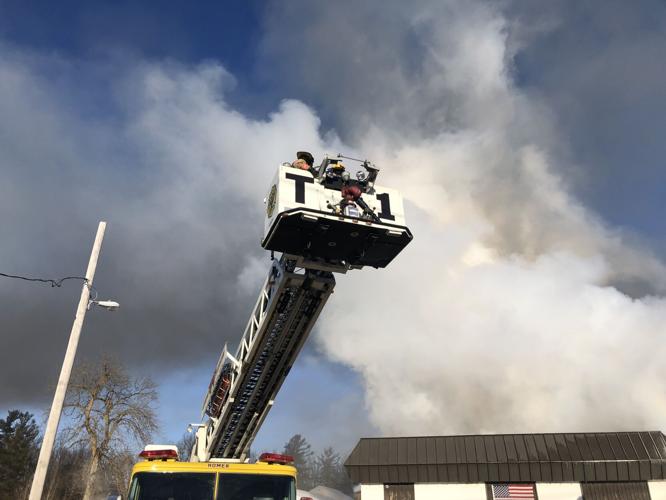 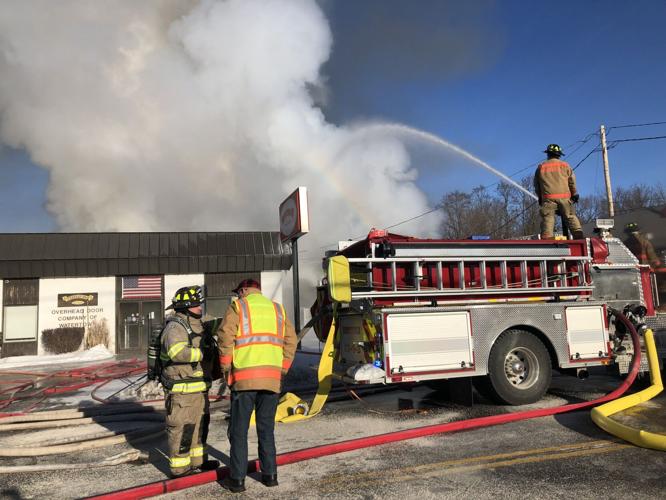 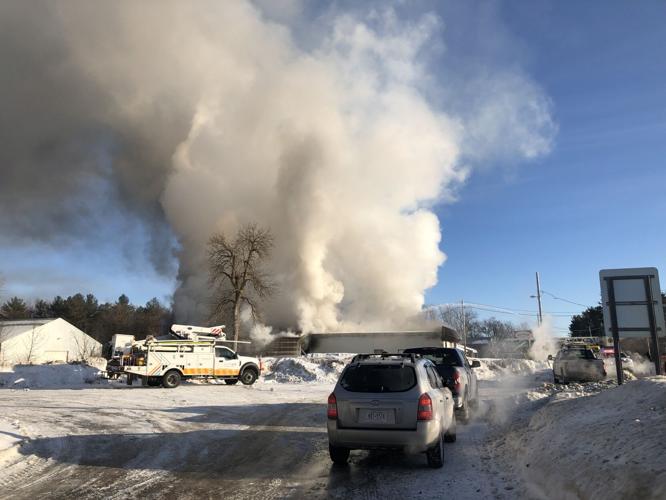 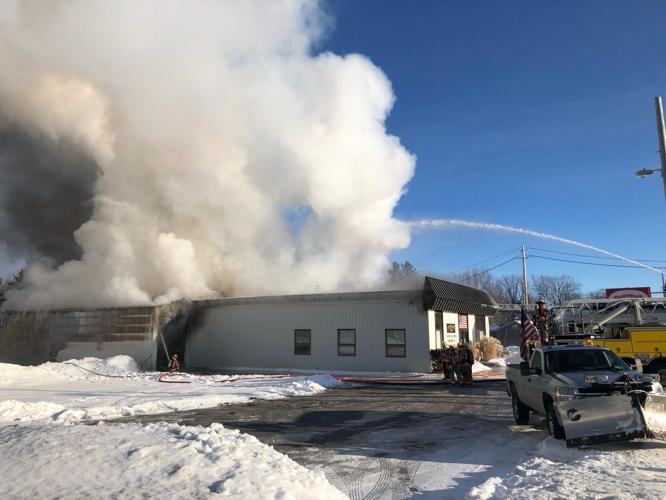 WATERTOWN — A fire raged at Griff's Propane Exchange on Route 3 on a frigid Saturday morning as the thermometer dropped well below zero. All employees of the business have been accounted for, and by 10 a.m. it was believed that there were no injuries.

At about 8 a.m. witnesses reported seeing a plume of black smoke and flames at the business, which refills reusable propane tanks for gas grills and other personal and commercial use. It is behind Overhead Garage Door at 25233 Route 3.

Fire officials said the fire began in an area where smaller propane tanks are filled. The fire did not spread to the larger propane storage area, where thousands of gallons of propane are stored in large tanks.

Matthew Crowder, who lives nearby, said he heard what appeared to be propane tanks exploding as the flames shot above treetops.

By about 8:30 a.m. firefighters had begun dousing flames with water and the flames were much smaller than the initial blaze.

Route 3, which is also Eastern Boulevard off State Street, is closed, as are nearby Water Street and Route 3 from the city line to Route 342. Drivers should avoid the area.

Griff's Propane Exchange has dozens of locations statewide where its 20-pound gas grill tanks are available, and according to the company website, has been in business for more than 30 years.