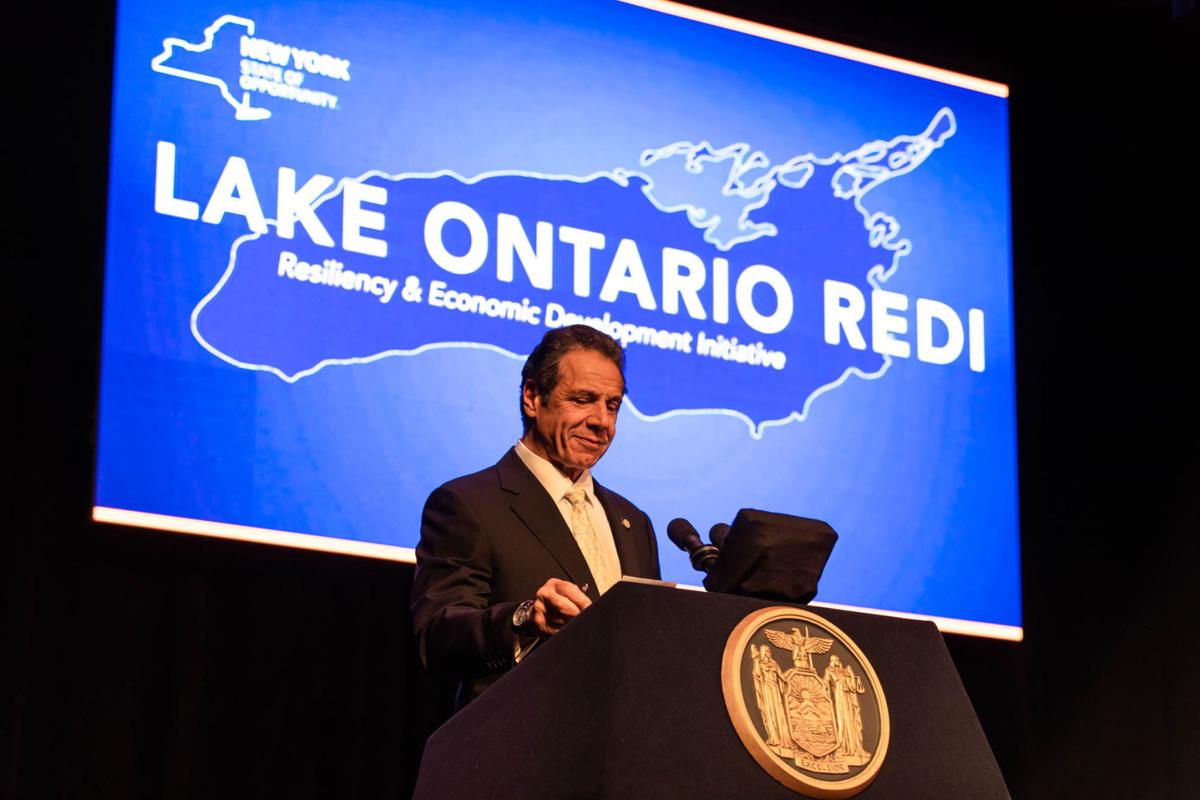 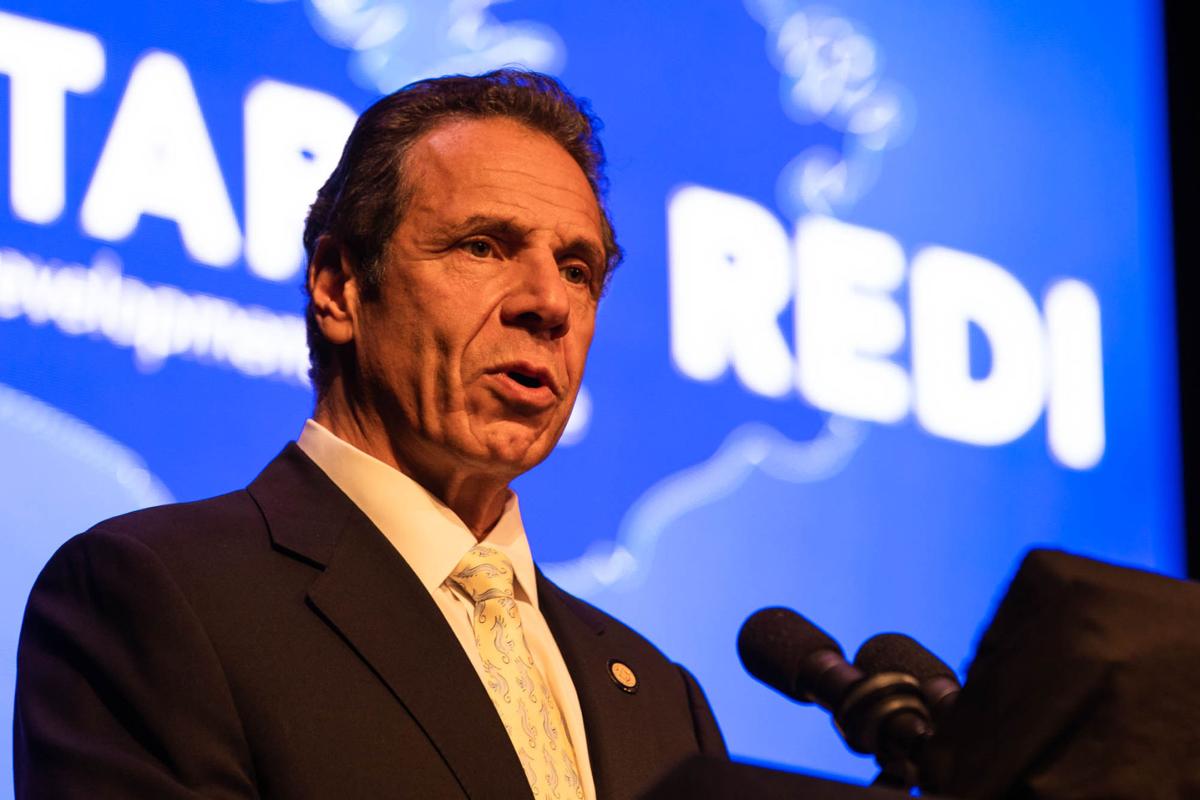 CLAYTON — Gov. Andrew M. Cuomo on Thursday announced that Jefferson and St. Lawrence County communities along Lake Ontario and the St. Lawrence River will receive a combined $60 million in funding from the Lake Ontario Resiliency and Economic Development Initiative. That is the highest allocation granted to any region in the state.

Before he announced the funding from his podium at the Clayton Opera House, Gov. Cuomo decided to take part in the Halloween festivities and play a trick on attendees. He said to the crowd of more than 150 state, county and local officials, as well as other stakeholders, that despite their hard work, the region would receive no funds. He then said, “Trick or treat. Got you for a moment, though.”

The $300 million initiative, also know as REDI, aims to aid waterfront cities, towns and villages by helping fund infrastructure projects that bolster their defense against future flooding, as well as generate economic development. High water levels of Lake Ontario and the St. Lawrence River flooded homes, submerged docks and inundated and eroded shorelines across the state.

“Let’s spend money to actually improve the conditions, so when the high water comes back, we don’t have the damage again,” Gov. Cuomo said. “To continually spend 100, 200 million dollars to keep repairing and knowing that the water’s going to come back and do the same damage again is a fool’s errand. And New Yorkers are not fools.”

The $60 million allocation for Jefferson and St. Lawrence counties supports 38 projects across the region, said state Department of Environmental Conservation Commissioner Basil Seggos, who co-chaired the REDI Commission. Municipalities need to provide a five percent local match to the funds they receive for their projects.

Gov. Cuomo said the recipient municipalities have three weeks to “do whatever you need to do to get the projects going.” Officials were invited to a full-day session in Albany after three weeks to help them overcome any hurdles in executing their projects.

The Village of Waddington was awarded the largest single allocation among north country municipalities, with $11 million for its wastewater system. Proposed improvements to the system, which serve about 900 residents and businesses, include repairing and enhancing the treatment plant, replacing clay tile sewer mains and installing new storm water mains and laterals, among others.

The funding will finance 50 percent of the $22 million in repairs to the almost 80-year-old Waddington wastewater system. Mayor Janet Otto-Cassada said the funding helps bring the project to fruition, and encourages the village to apply for more grants. The high waters have caused the system to overflow and pushed more water for the system to process, Mrs. Otto-Cassada said.

The village of Clayton will receive multiple funding awards for different projects, including $3.75 million to raise portions of the Riverwalk in downtown that are below sea level and shoreline stabilization along 1,250 feet of shore. Clayton Mayor Norma J. Zimmer said without the REDI allocation, the village could not raise the Riverwalk because few funding sources could support it.

“This is for the village, for the town and for the river communities,” Mr. Jarvis said.

“Now $300 million is the largest investment the state has made in this region in modern political history, and I’m proud of it,” Gov. Cuomo said.

The following projects were funded:

Here is a clip of @NYGovCuomo announcing $60 million in flood relief to our region at the @ClaytonOpera today. https://t.co/gfEOyt0DvW pic.twitter.com/8nCVNNufak

High water levels of Lake Ontario and the St. Lawrence River flooded homes, submerged docks, inundated and eroded shorelines in waterfront cities, towns and villages this year and in 2017.

Clayton Town Supervisor Lance L. Peterson Sr. said because the first local REDI meeting was held in Clayton in July, it was appropriate that the funding awards would be announced at the same location where the process started in the north country.

The regional planning committee for REDI that represents Jefferson and St. Lawrence counties submitted more than 200 private and public projects for state funding in September. 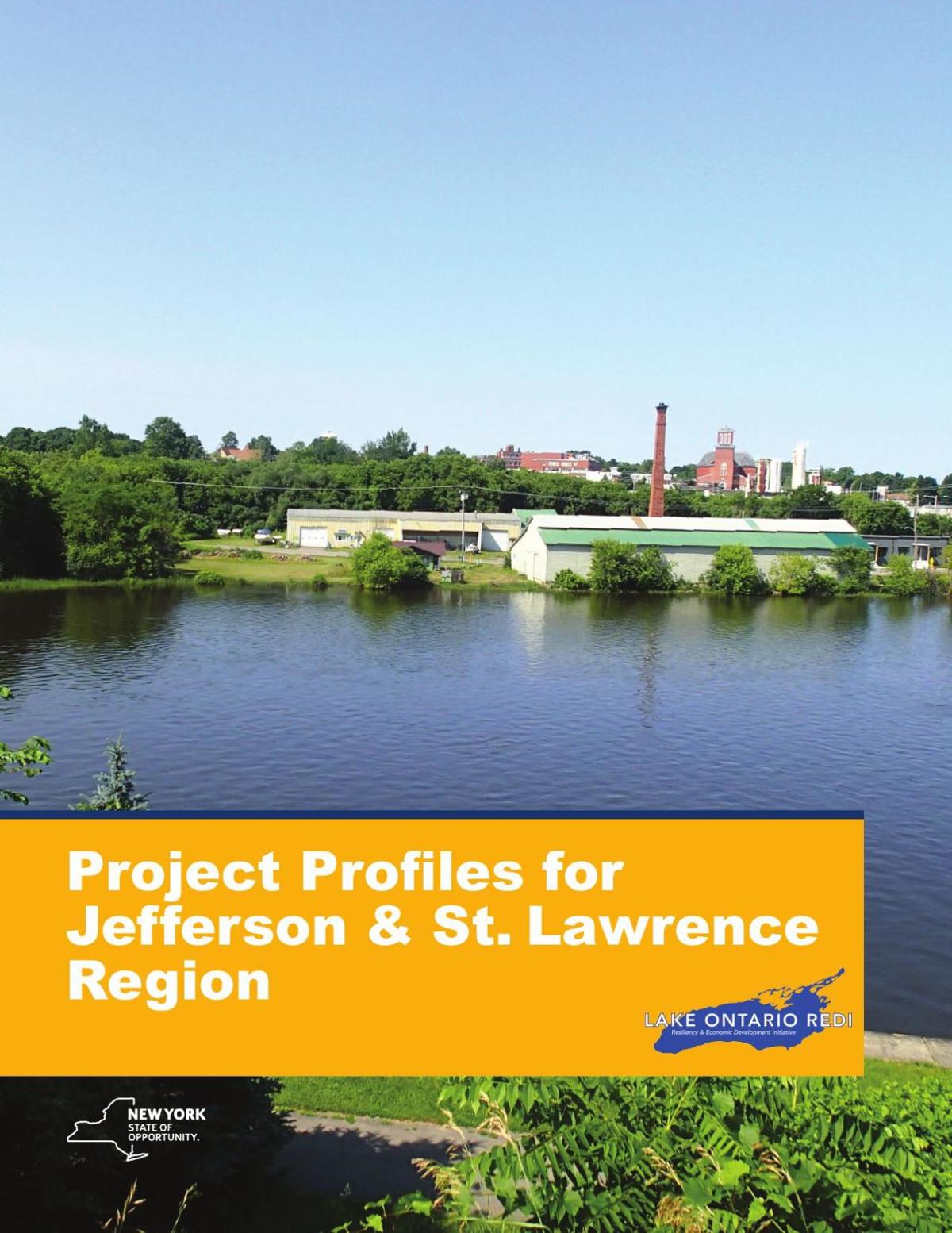 Do you think society has become too politically polarized?