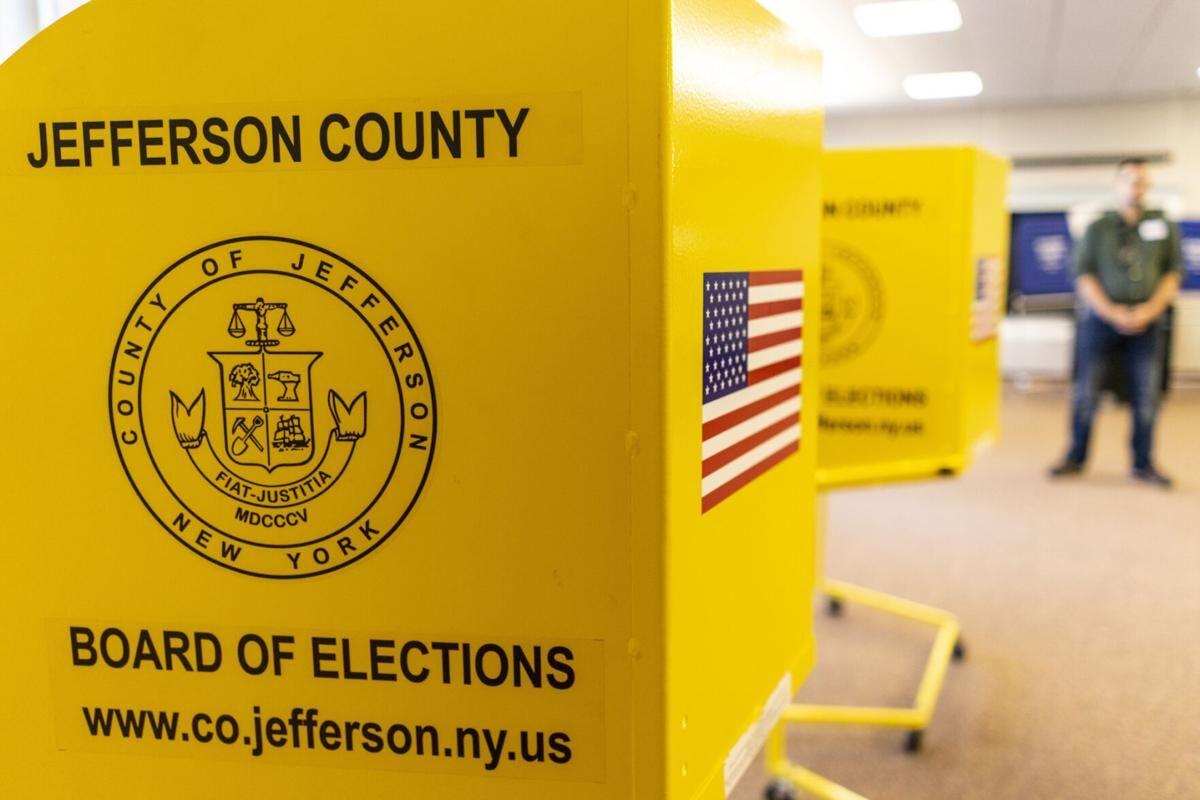 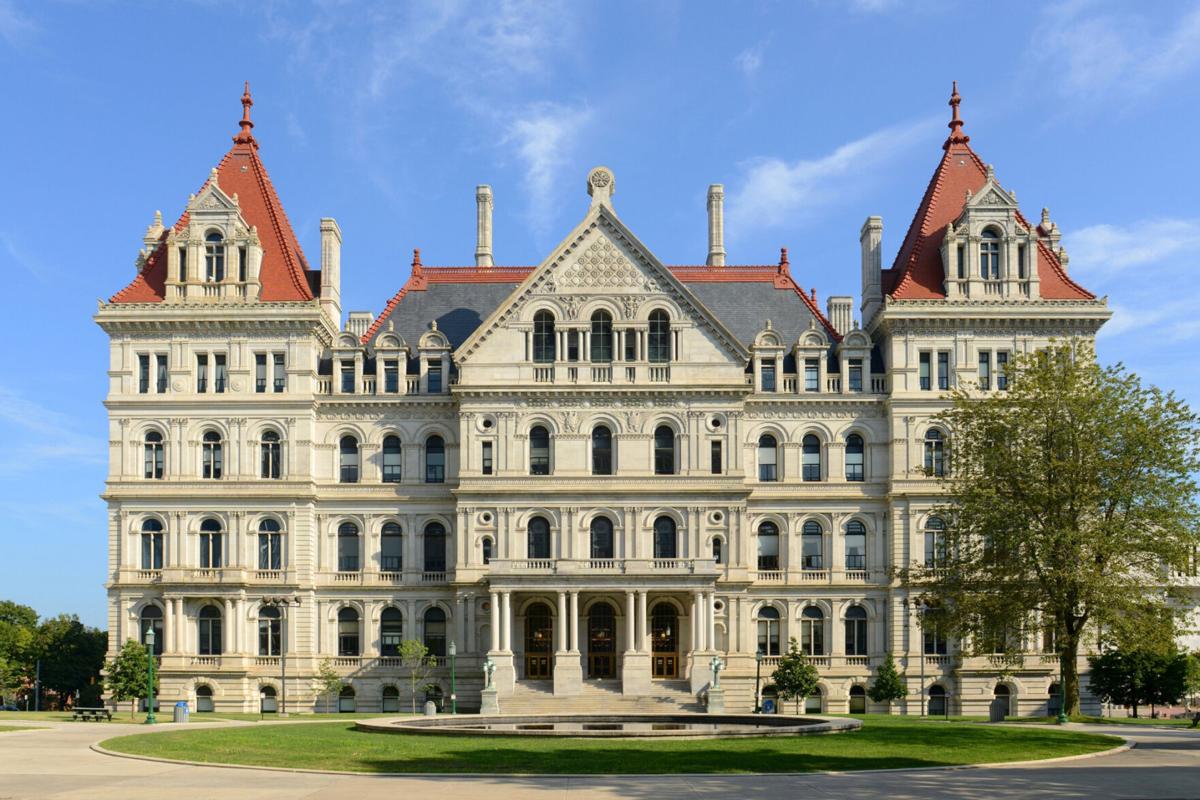 A view of the New York State Capitol in Albany. Dreamstime/TNS 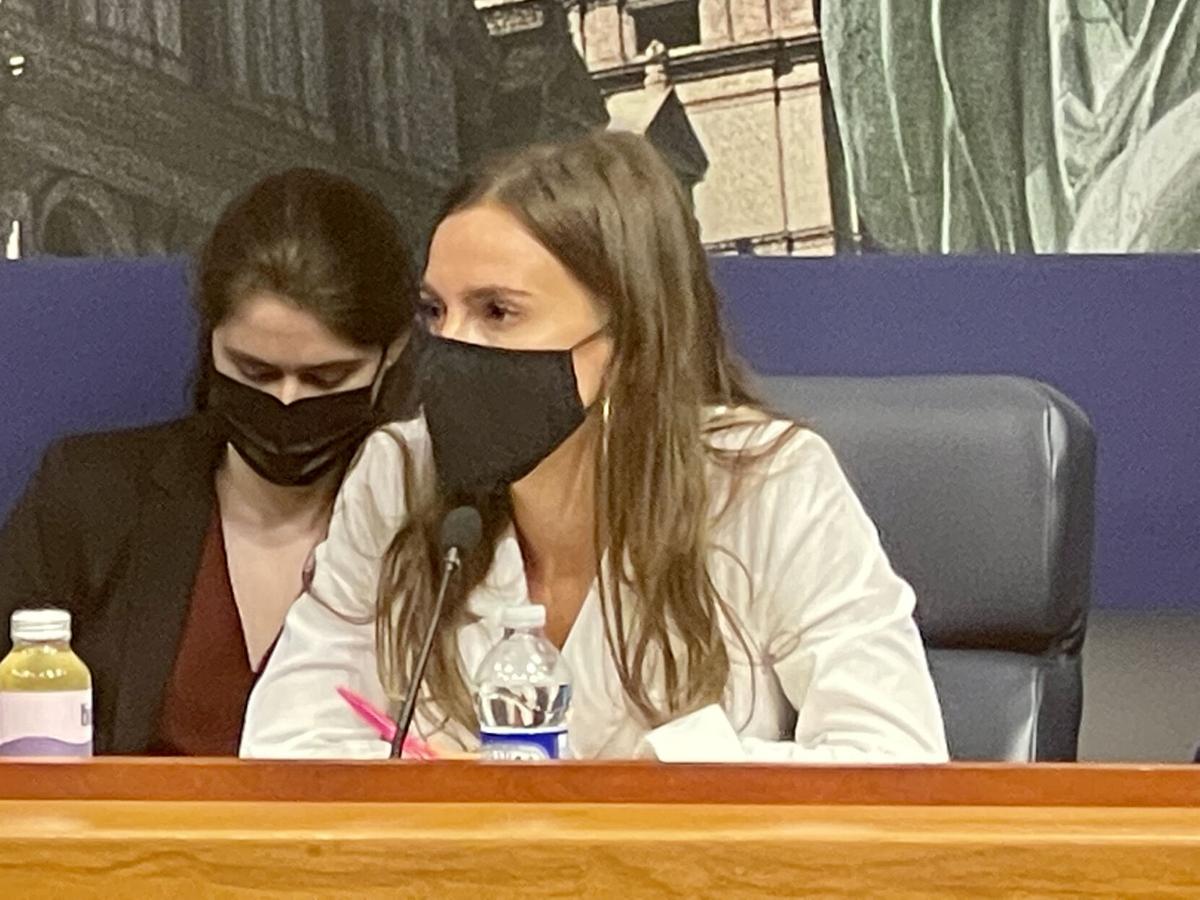 A view of the New York State Capitol in Albany. Dreamstime/TNS

Legislative leaders are reviewing potential reforms to enforce the Freedom of Information and Open Meetings laws after a majority of New York county boards of election failed to comply with details maintaining transparency, according to a report released by a good-government group Tuesday.

The New York Coalition For Open Government chose 19 of the larger counties across the state’s 10 regions to evaluate their election boards’ compliance with the state’s Freedom of Information and Open Meetings laws, determining the efficacy and speed of response and provided resources.

Compliance with either law within municipal election boards is minimal, the coalition found.

“Just a terrible, terrible response by election boards, across county election boards across the state in regards to FOIL requests that were sent,” Paul W. Wolf, coalition president, said Tuesday.

The coalition submitted four questions both by email and telephone seeking information about when election commissioners meet, if the public is notified about the meetings, if agendas and documents are posted publicly online and if minutes are kept and also published on the agency’s website.

“From that attempt, which was made by phone calls or emails, we got a pretty poor response,” Wolf said.

Of the boards contacted by email or telephone, 65% did not respond to the coalition.

The coalition submitted Freedom of Information Law requests for the information on July 14. Of the chosen BOEs, 73% did not acknowledge the request within five business days as required by law.

Albany, Chautauqua, Niagara, Ontario, St. Lawrence and Tompkins counties did not respond to either request, for a failure rate of 32%, according to the report.

She didn’t know about the coalition’s specific request.

“I can’t believe we would have missed it,” she said.

Dutchess and Suffolk counties acknowledged the second request within one day after failing to respond to the first request in July.

Broome and Jefferson counties did not acknowledge either FOIL request, but have responded with the information.

In its report, the coalition talked to Michelle LaFave, Democratic commissioner for the Jefferson County Board of Elections, who told them that the office holds one meeting a year, doesn’t make it known to the public beforehand and keeps minutes on the meeting but doesn’t make them public.

Republican Commissioner of Elections Jude Seymour responded in an email.

“The Jefferson County elections commissioners are required by Election Law to meet annually for reorganizational purposes, which I’ve done with my Democratic colleague,” Seymour said in a statement Tuesday. “The 2021 meeting lasted less than 10 minutes. We talked about two goals: better communication among staff and the desire to cross-train staff on computer software. Through this coalition’s request, we’ve discovered a need to improve on timely responses to FOIL requests and to keep better track of the minutes of our annual meeting. I’ll be suggesting those as goals when we have our commissioner’s meeting, which we haven’t scheduled. We’ll put out notice to the public when we have the meeting. We can provide an agenda and minutes, but unfortunately we cannot promise punch and pie.”

State Election Law requires county election boards to meet at least once annually to determine which commissioner will serve as president and which as secretary.

No entity exists in New York to enforce compliance with the Freedom of Information or Open Meetings laws. Without such an agency, municipalities and state agencies that violate either law will not face consequences.

“All we can do is try to embarrass people to try to comply with the law,” Wolf said. “Frankly, we’re tired of issuing report after report of noncompliance with the law. The time really has come to create an entity with enforcement powers.”

The state Public Officers Law has sections allowing courts to enforce the Freedom of Information and Open Meetings laws if a public body violates either measure.

The court may require Committee on Open Government staff to train public officials about both measures.

If a court determines a public body voted in violation of either law, the court is permitted to require it covers costs and attorney fees to the petitioner.

Representatives with Gov. Kathleen C. Hochul’s office said they will review the recommendations.

“Gov. Hochul is committed to ensuring accessibility, transparency and accountability in government, and we will review this report,” Hochul’s Press Secretary Hazel Crampton-Hays said in a statement Tuesday.

Senate Investigations and Government Operations Committee Chair Sen. James Skoufis, D-Woodbury, sponsors the Integrity in Government Act in the Legislature, to amend state Public Officers Law to give the state’s Committee on Open Government enforcement powers and ensure localities comply with the FOIL and Open Meetings laws. It was first introduced in 2017.

“The pandemic continues to cast a spotlight on the need for open, accessible government, and enforcement of the FOIL law is a critically important piece of this,” a spokesperson with the senator said Tuesday. “Sen. Skoufis hopes broader awareness of our COVID-era sensibilities about keeping information flowing will compel more Senate colleagues to get behind his legislation.”

The coalition made a list of suggestions to improve governmental transparency in the state including creating a state entity to enforce consequences for municipalities violating either law, requiring the state Board of Elections train all municipal election workers about the FOIL and Open Meetings laws; amend state law to clarify county election commissioners are mandated to conduct business through public meetings; require election commissioners to deliberate about election matters in publi; and mandating boards of election livestream their meetings and post recordings online.

The suggestions will be sent to legislative leaders within the coming days, Wolf said. The coalition will also be in contact with senators and assemblymembers on the ethics and elections committees about proposing legislation to make the changes happen this session.

The report will be sent to the 19 included county boards of election.

This is bipartisan neglect of duty. The idea of bipartisan government is to make improvements in our functioning, not hold hands in illegal behaviors.