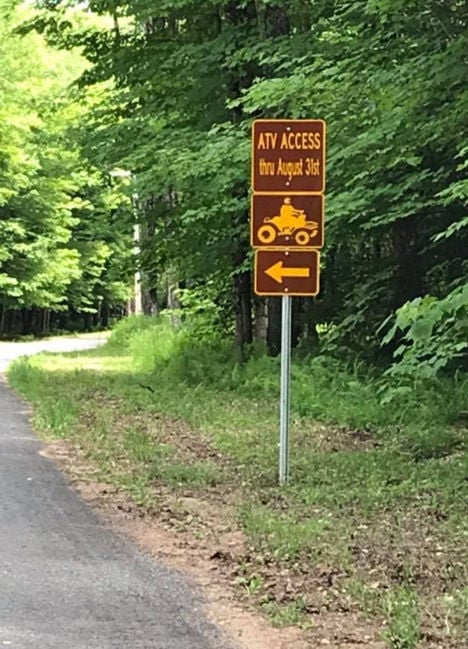 The Lewis County recreational trail system runs on county-owned reforestation land and private land volunteered for use. A new local law bringing all trail-related legislation into one place was passed in Tuesday’s regular meeting of the county Board of Legislators. Photo provided. 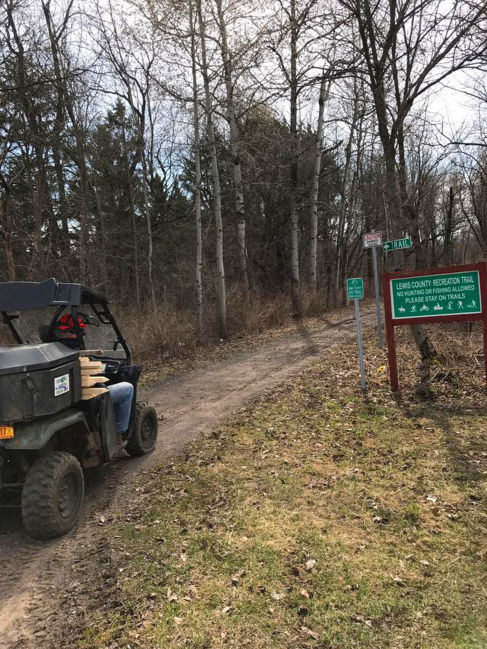 UTVs, also known as “side-by-sides,” up to 2,000 pounds are now allowed on the Lewis County Trail System with the proper permits because of the update to the local law governing the trail system by the county Board of Legislators in their Tuesday meeting. Photo provided. 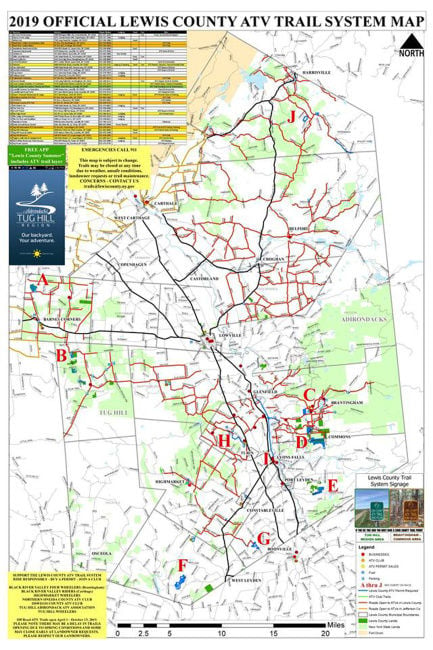 The Lewis County recreational trail system runs on county-owned reforestation land and private land volunteered for use. A new local law bringing all trail-related legislation into one place was passed in Tuesday’s regular meeting of the county Board of Legislators. Photo provided.

UTVs, also known as “side-by-sides,” up to 2,000 pounds are now allowed on the Lewis County Trail System with the proper permits because of the update to the local law governing the trail system by the county Board of Legislators in their Tuesday meeting. Photo provided.

LOWVILLE — For the first time in 10 years, the local law governing the Lewis County trail system has been “re-established,” compiling all of the relevant laws and updates made over the years into one piece of legislation that also better reflects the current market trends in recreation.

Local law 2-2019 was unanimously approved by the Lewis County Board of Legislators at their regular meeting on Tuesday, after some discussion surrounding the addition of UTVs, also known as “side-by-sides,” to the list of acceptable off-road vehicles on the trail system, joining all terrain vehicles and dirt bikes.

District 7 Legislator Gregory Kulzer questioned the liability issues that may be involved by allowing UTVs over 1,000 pounds on the trails despite the fact that they do not qualify for registration in this state.

Recreation Parks and Forestry Director Jackie Mahoney said there is always potential liability involved when riders are using the trails but that potential isn’t increased for UTVs because no state registration is required for trail riding and in order to get a trail permit, all off-road vehicles are required to present proof of insurance.

Mrs. Mahoney said in a separate interview that New York is the only state that does not allow UTVs weighing up to at least 1,500 pounds, but for many up to 2,000 pounds, to be registered.

Part of the reason to re-work the local law is to compensate for antiquated state laws written in the 1980s because an increasing number of trail users drive UTVs instead of ATVs.

UTVs up to 2,000 pounds are now allowed only on county trails, not on roads which are governed by state law.

Like the state, many of the village ATV laws were also written in the 1980s and ‘90s when many or most village roads were open to ATV use to go from trail to trail, however, Mrs. Mahoney said there has been controversy in places like Constableville and Turin where those laws were changed at one point to close village roads.

When the county law was written in 2009, any village or town that had not changed its laws within six years was grandfathered in and could remain; however, those that did make changes within that time frame were required to make changes that Mrs. Mahoney referred to as “vague,” making the implementation confusing and difficult for municipal leaders.

A Constableville resident successfully sued to ensure village roads would not allow ATVs and a Turin resident has frequently threatened to do the same, Mrs. Mahoney said.

Laws set in the 1980s by the state and the county in 2009 haven’t “caught up to the market,” because UTVs weren’t popular during those periods, limiting the potential for recreational tourism, but by allowing the vehicles on off-road trails only, Mrs. Mahoney feels they have solved that issue.

“You can be more restrictive but you can’t be less restrictive than the vehicle and traffic laws allowed by the state,” she said.

UTVs with permits will only be able to cross over roads to go from trail to trail, not travel on the roads.

The local law also makes exceptions for use of some trails that may be marked as “closed” or otherwise limited by the county.

“There will be some trails restricted by weight and size,” Mrs. Mahoney said, but they will be marked on the map and with signs.

Another big change in the new iteration of the trail law involves “putting some teeth to the violations” of the law, Mrs. Mahoney said.

In 2009, fines for breaking trail laws were $100, but now, driving on the trails without a permit, going on property that is not in the trail system and any other violation of the trail law will incur a $250 fine the first time and $500 the second time.

Going over the 25 miles-per-hour trail speed limit will net a $500 fine.

The new law also brings together all legislation relating to trails.

“These laws needed to be put in one place. There are about 16 laws that have been added since 2009,” Mrs. Mahoney said.

The trail system is composed of a mixture of county-owned re-forestation properties and private land volunteered for the system.

All trail drivers must pay for seasonal trail permits or trail passes, which can take up to two weeks to issue, to use the trail system.

The county is winking at UTVs riding on public roads from one trail to another in my opinion. The insurance Mahoney says UTVs are required to have will provide no coverage when these machines ride the roads as they surely will. Misleading Mahoney touts stricter penalties. What good will tougher penalties do when the Sheriff and judges won't enforce the laws?

Will you be visiting the mall now that it has been allowed to open?