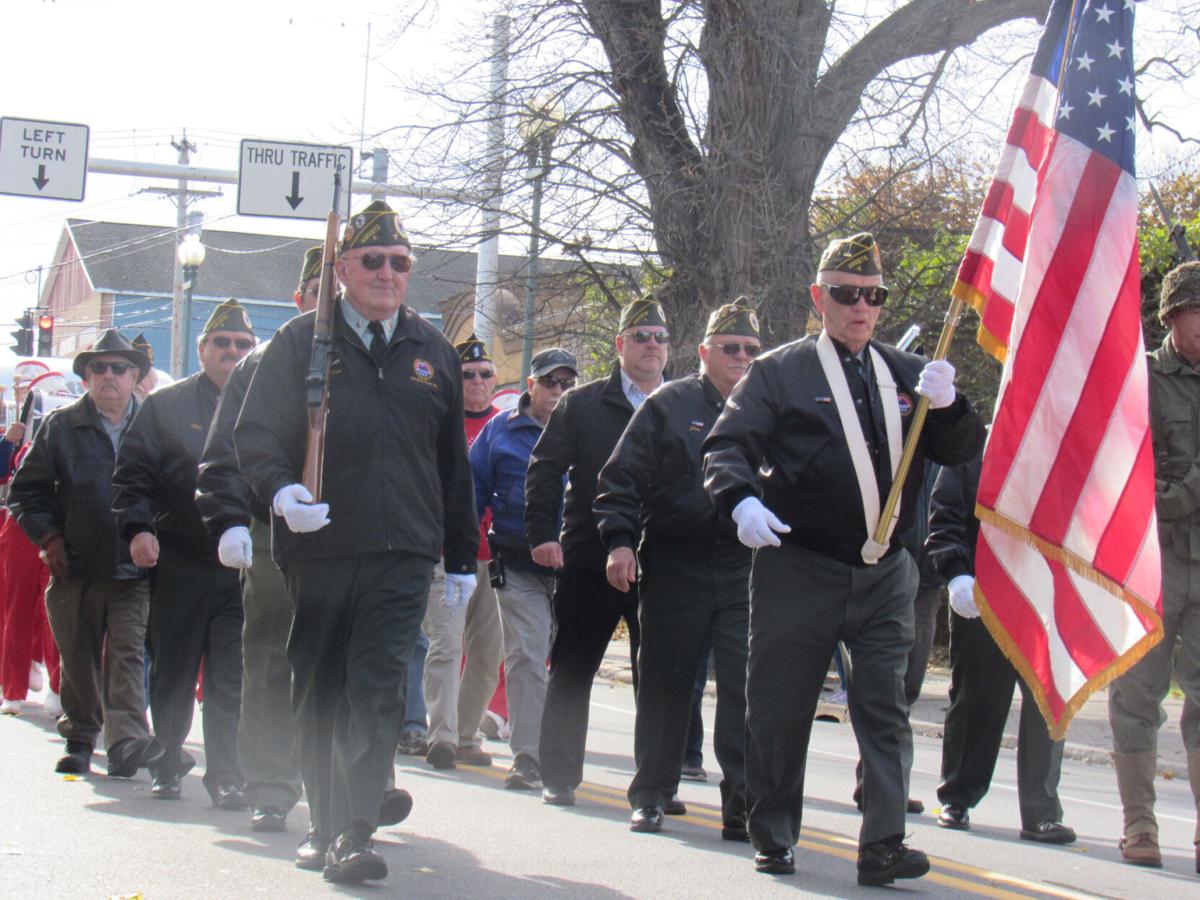 Veterans who participated in Massena’s observance of Veterans Day on Thursday march through downtown to the Massena Fire Station, where ceremonies were held. Bob Beckstead/Watertown Daily Times 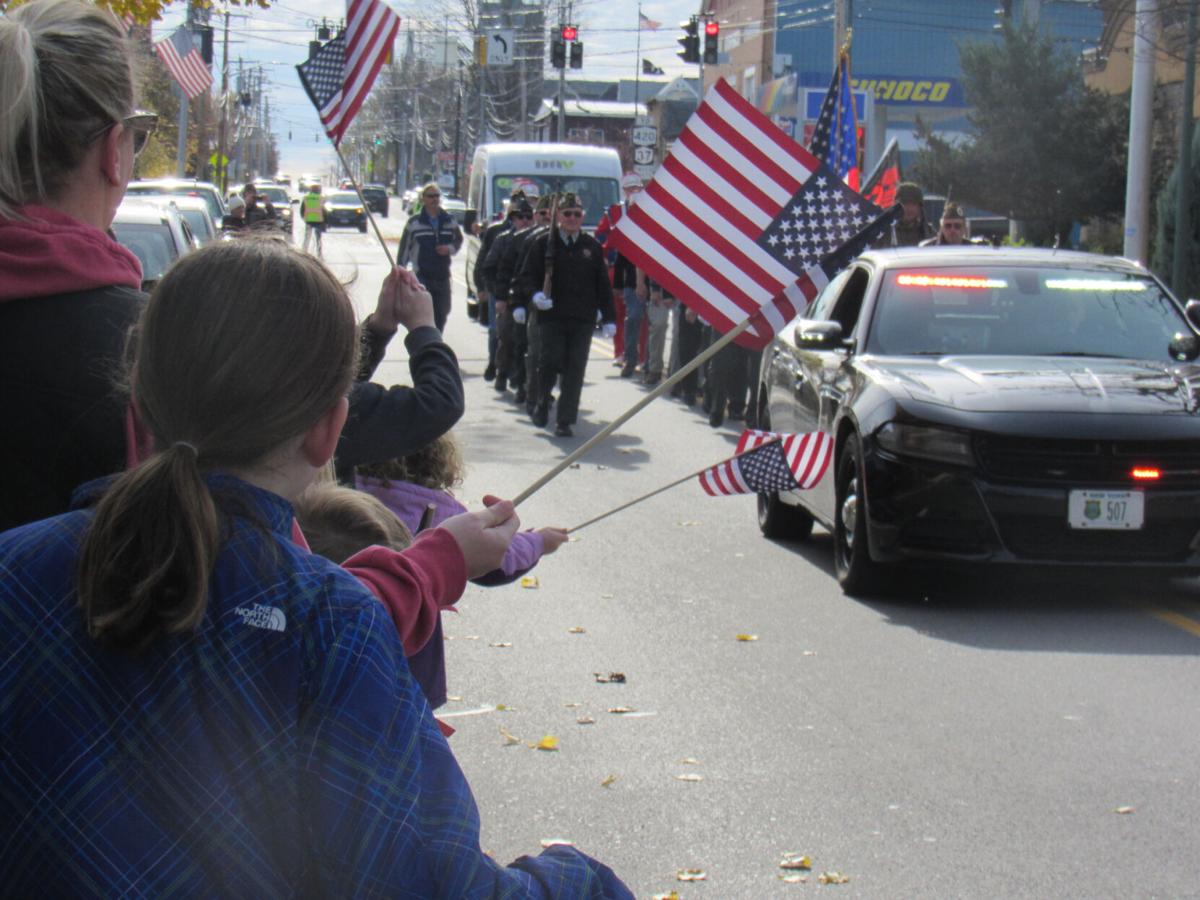 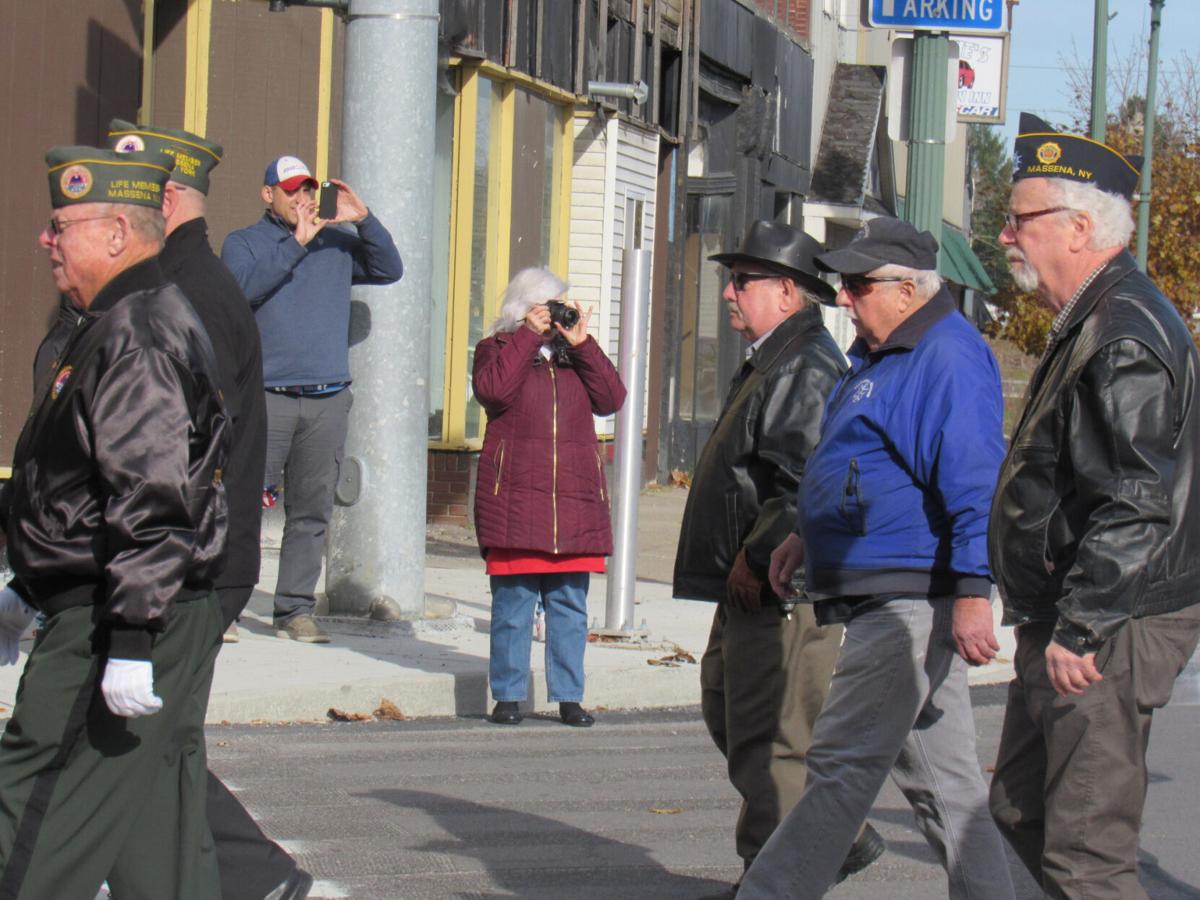 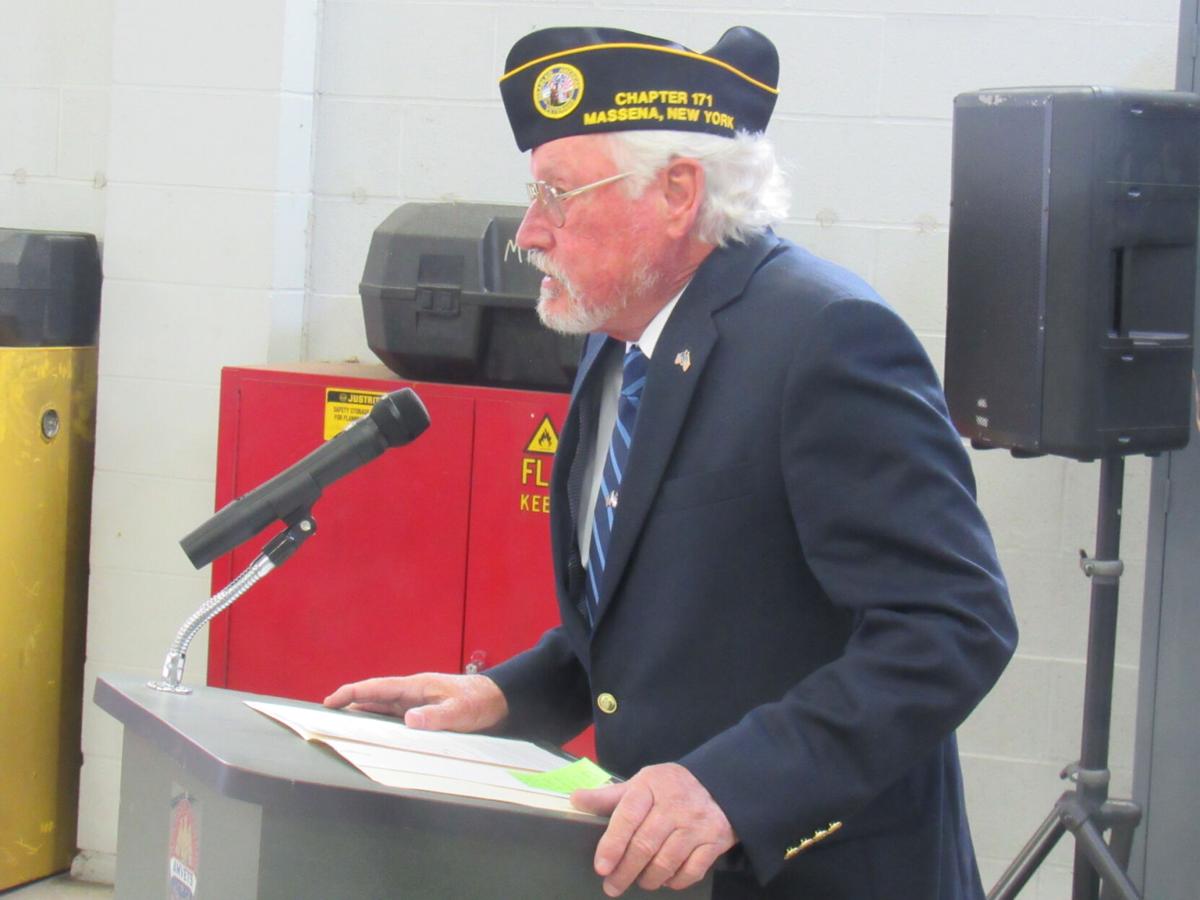 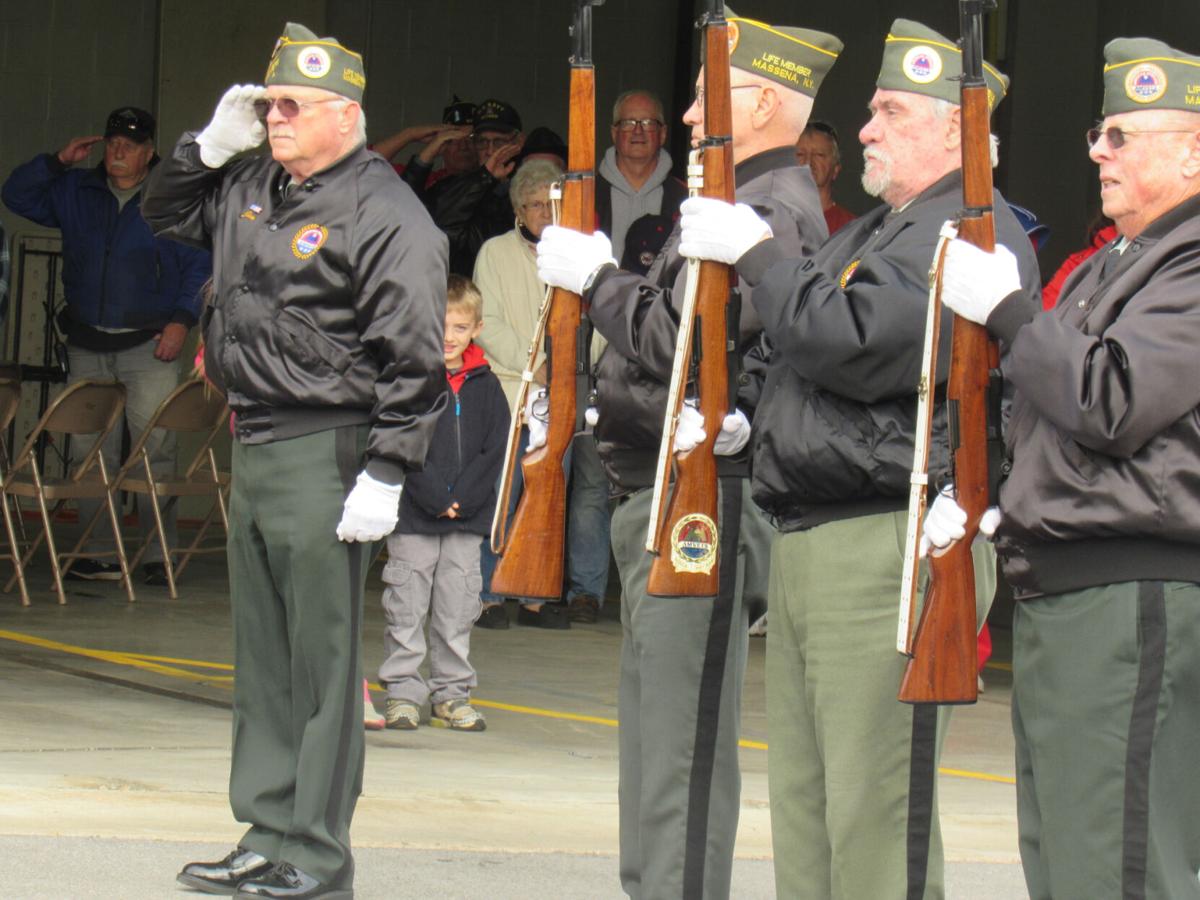 Veterans who participated in Massena’s observance of Veterans Day on Thursday march through downtown to the Massena Fire Station, where ceremonies were held. Bob Beckstead/Watertown Daily Times

MASSENA — It’s been nearly 240 years since the American Revolutionary War, but there’s a need that has been part of the military experience ever since — assisting veterans’ transition back to civilian life.

That was the message from Fred Cockayne, commander of Disabled American Veterans Chapter 171 and Amvets Post 4, during Massena’s Veterans Day ceremonies on Thursday.

Veterans Day became part of the American calendar in 1919 following the end of World War I. But, Mr. Cockayne said, its significance dates back further, to the time of Gen. George Washington.

He said Gen. Washington, who led the Continental Army, was bidding farewell to his soldiers and noted the obligation of the nation to embrace veterans and share the fruits of their labor when they returned home.

“Washington said they expect considerable assistance in recommencing their civilian occupations. He said we must fulfill our promises to those who would serve,” Mr. Cockayne said. “By choosing to attend this Veterans Day observance, you demonstrate that you believe in fulfilling these promises. And I’m humbled to be part of the DAV, an organization that has been deeply committed to this great cause for over a century.”

He said Americans “should be inspired with astonishment and gratitude for the liberties and freedoms which have been secured by those willing to undertake the tremendous burdens of war,” and could not help but take note of the “unparalleled perseverance of the armies of the United States.”

“Our military today has now been at war for 20 years. How then do we owe our returning servicemen and women any less today than Washington called for them?” he said. “After 20 years of war in the Middle East, we have now left that theater. Our returning airmen, sailors, soldiers and Marines will need our help in readjusting to civilian life. Still, no challenge can be greater than making that transition.”

He said the military men and women need to be welcomed home with attention paid to their physical and mental healing. They need time to adjust to the pace, a mission not determined by constant conflict “and a community that understands and is ready to meet the unique needs of veterans particularly touched by illnesses or injury.”

“We have a wide range of resources for our veterans on the path to civilian life,” he said. “If George Washington were alive today, there is no question he would have the same commitment to serve his fellow living veterans, forever honoring the memory of those who have perished in the defense of this nation.”

Prior to Thursday’s ceremony, veterans gathered at American Legion Post 79 on East Orvis Street and, with bystanders waving flags that had been distributed, marched through downtown to the Massena Fire Station on Andrews Street. The ceremonies were held at the fire station starting at 11 a.m. on the 11th day of the 11th month, when hostilities of World War I were formally ended in 1918.

Do you support expanding public funding for preschool education of 3- and 4-year-olds in the U.S.?