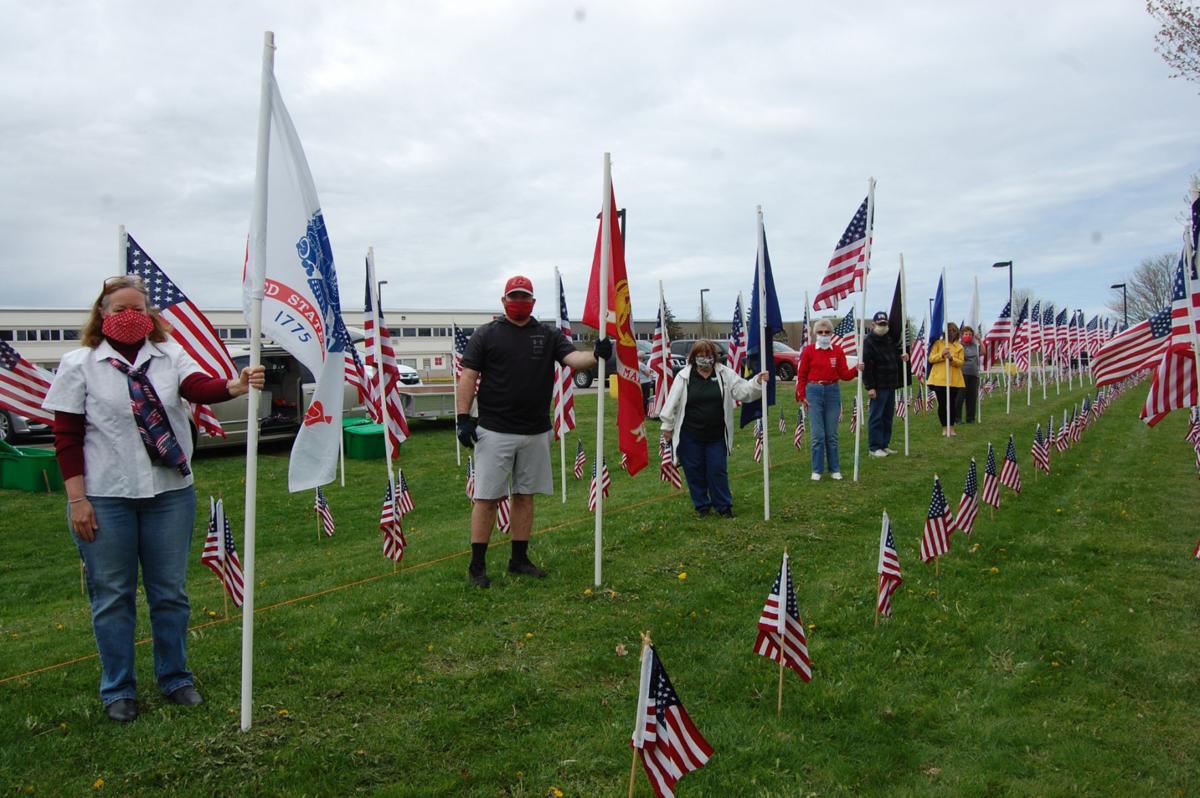 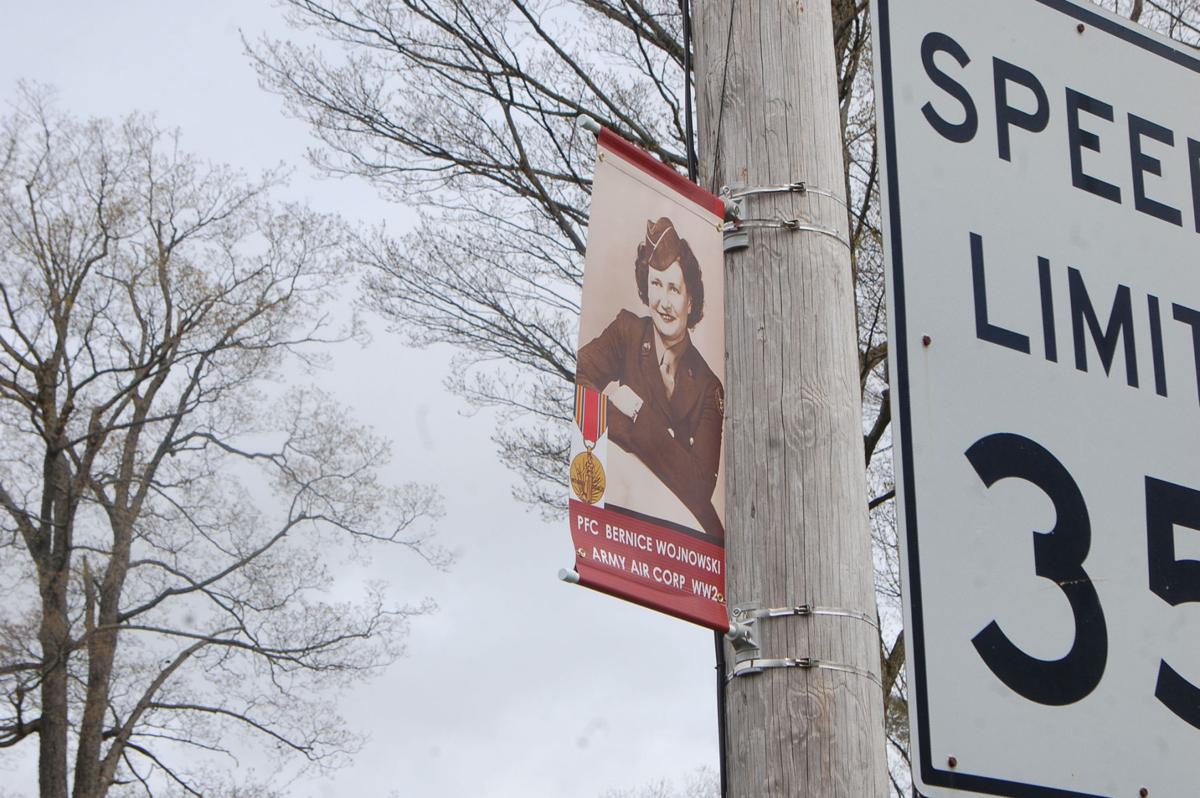 Just in time for Memorial Day, signs to recognize World War II veterans have been put up throughout the village of Turin. Julie Abbass/Watertown Daily Times 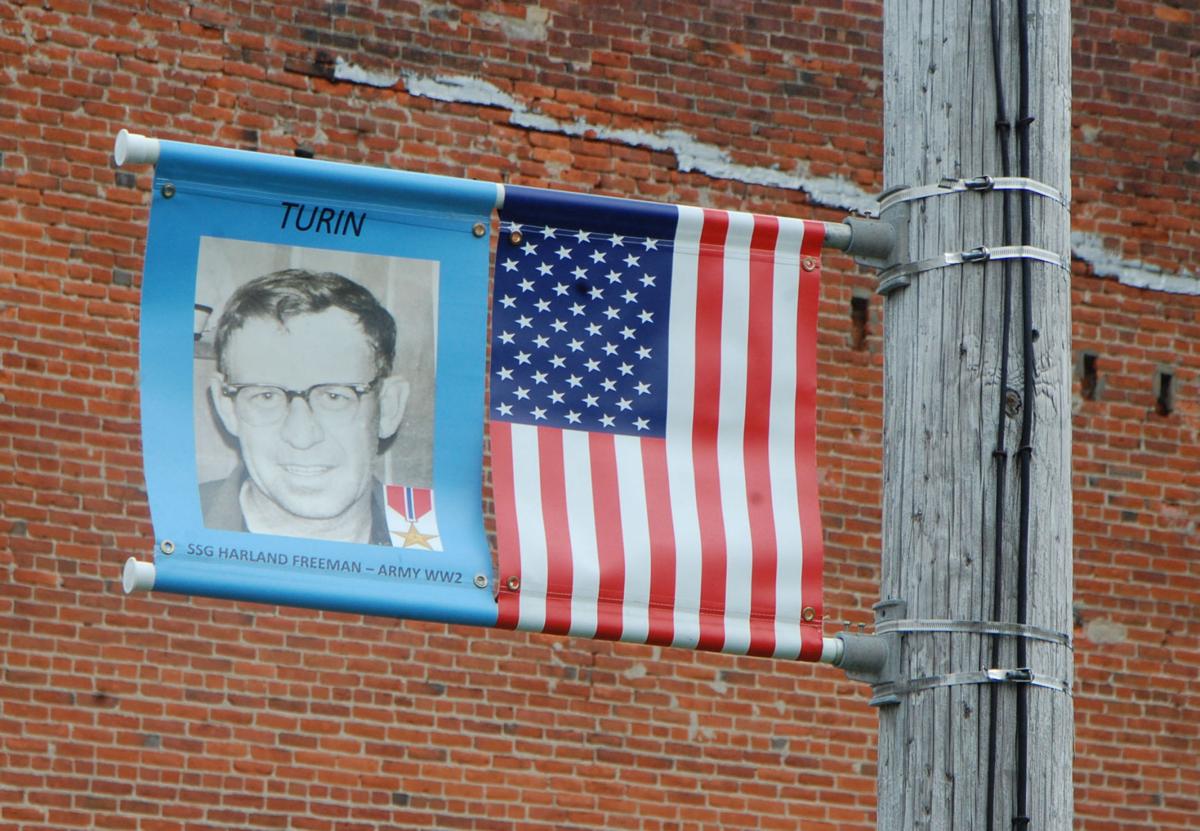 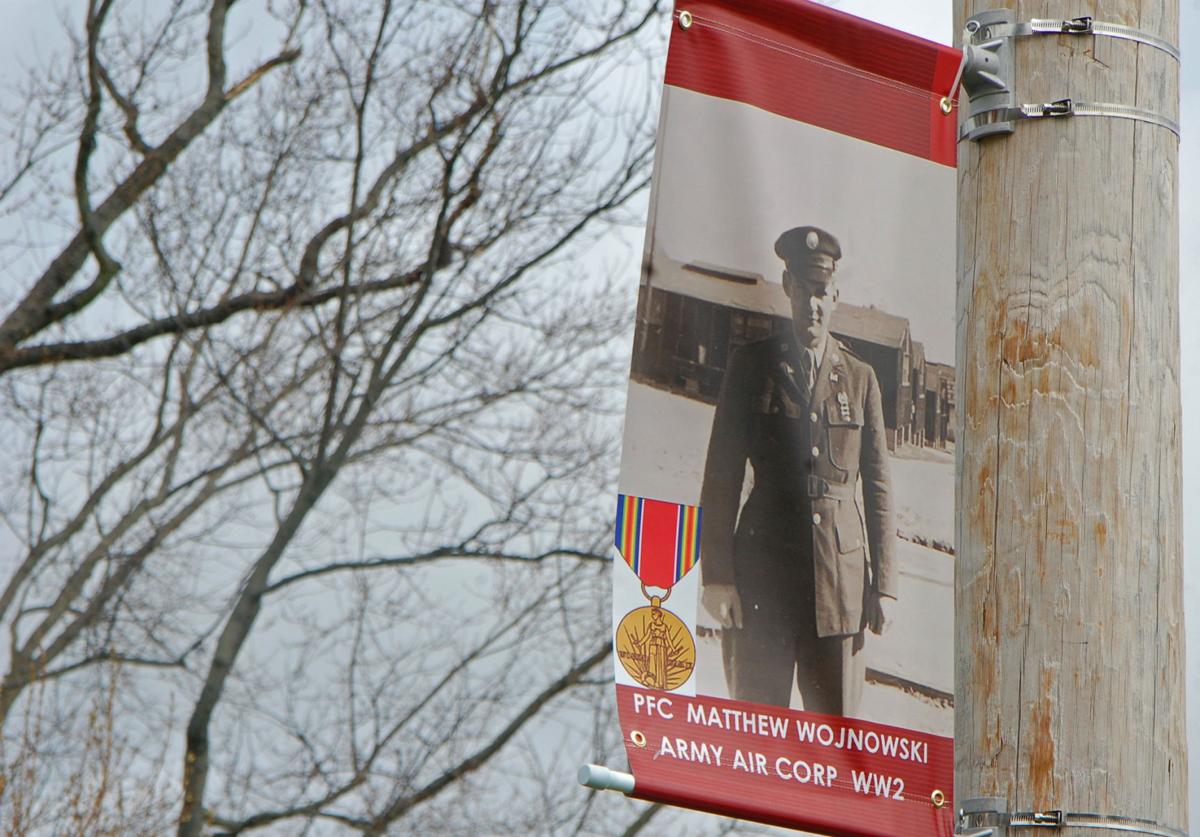 Just in time for Memorial Day, signs to recognize World War II veterans have been put up throughout the village of Turin. Julie Abbass/Watertown Daily Times

Organized by the Carthage Teachers Association with help from the Veterans of Foreign Wars Post 7227 Auxiliary and community volunteers, the display has been a Memorial Day tradition since 2012. The display has grown from about 400 flags in its first year to now more than 1,400 this year, according to CTA president Patricia A. Sheehan.

Again this year, there is a section of the flag display devoted to remembering or honoring specific individuals. This special section of the display has name tags indicating “In Honor of” or “In Memory of” the person being recognized. There are also military flags from each branch of the military and a Prisoner of War flag on display.

“It’s nice to be able to do something normal in these crazy times,” Ms. Sheehan said. “The definition of hero has changed and this year we are showing respect to them all. Doing this means a lot to us. We could not do it without the cooperation of the Board of Education and the volunteers — the teachers and our friends at the VFW and auxiliary — who come year after year.”

She said the display takes four to five hours to complete, starting at 8:30 a.m. Monday to set the grids.

A driving force behind the display has been Lorna Swan, VFW Auxiliary Americanism Chair.

“I do this in honor of my husband and son who served,” Mrs. Swan said.

The American Legion and Dionne-Rumble VFW Post 7227 will hold a brief ceremony at 11 a.m. on Memorial Day, May 25, at Monument Park on State Street.

The ceremony will be held in accordance with the governor’s executive orders.

DERFERIET — Village officials will decorate their vehicles and parade through the streets at noon Sunday, May 24, along with apparatus from the fire department. Residents are invited to join in the parade or watch from their homes.

LOWVILLE — Lewis County Memorial Veterans of Foreign Wars Post 6912 and Auxiliary will conduct a service at the Post’s Memorial wall, 7752 West State St., at 11 a.m. Monday, May 25. The public is cordially invited and encouraged to attend. Due to COVID-19 rules for gatherings, not to exceed 10 people, the public is required to stay in their vehicles. Hand-held American flags and a flyer describing the history and meaning of Memorial Day will be distributed prior to and after the ceremony.

In addition, the Lowville American Legion will hold full military honors with a brief ceremony at Veterans Park at 11 a.m. Monday, May 25.

Loved ones who have veterans that have been laid to rest in these locations, are encouraged to attend this solemn ceremony.

NATURAL BRIDGE — The Memorial Day parade hosted by the Natural Bridge Fire Department along with its annual chicken barbecue have been canceled. According to fire chief Jason O’Meara, the department hopes to hold its fundraiser in late June.

The American Legion Post 673 in Black River and the Copenhagen Fire Department in conjunction with the Floyd Lyng American Legion have canceled the Memorial Day parades.

In addition, the Copenhagen Field Days hosted by the fire department and its auxiliary scheduled for July 25 has been canceled.

On Saturday, May 23, at 1 p.m. the American Legion will be doing a short ceremony (10 mins.) at the Scenic View, by the Veteran’s sign in Harrisville.