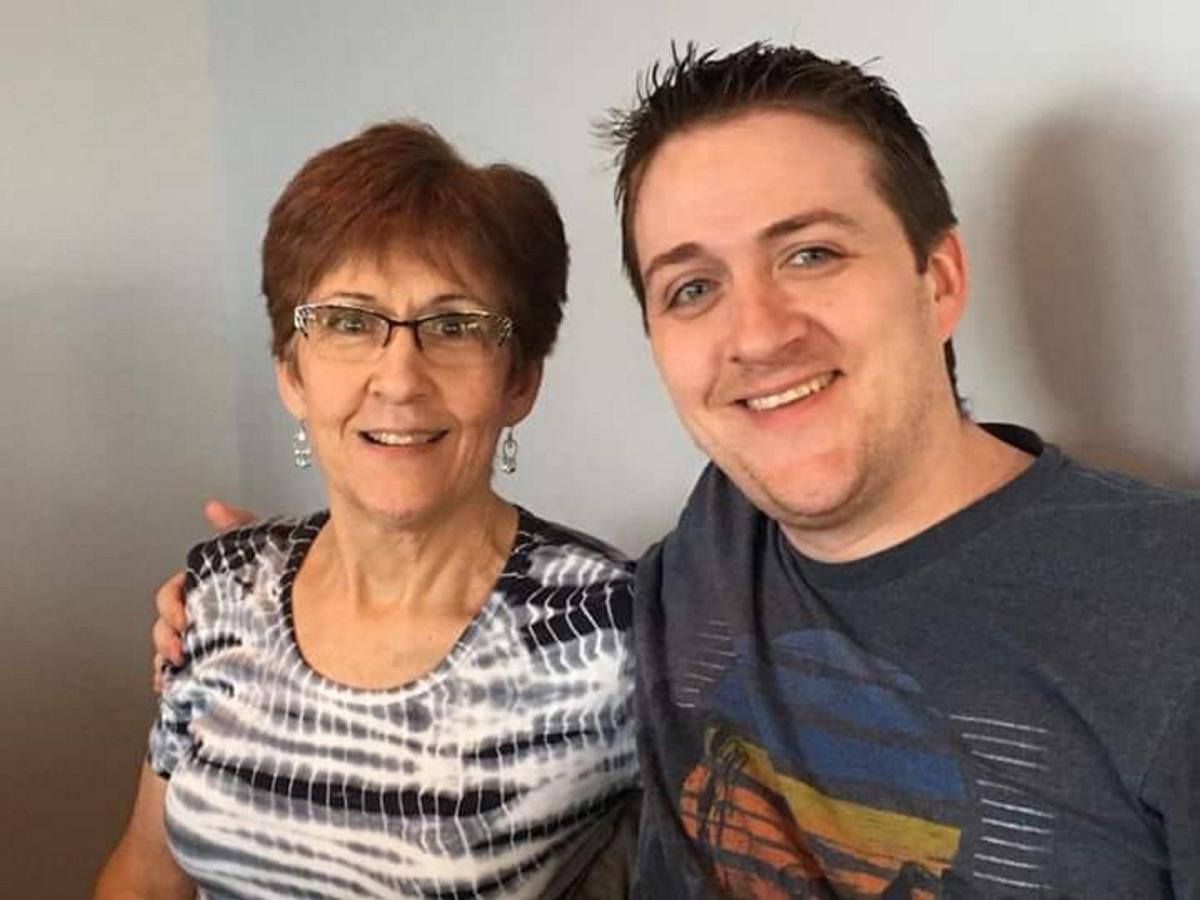 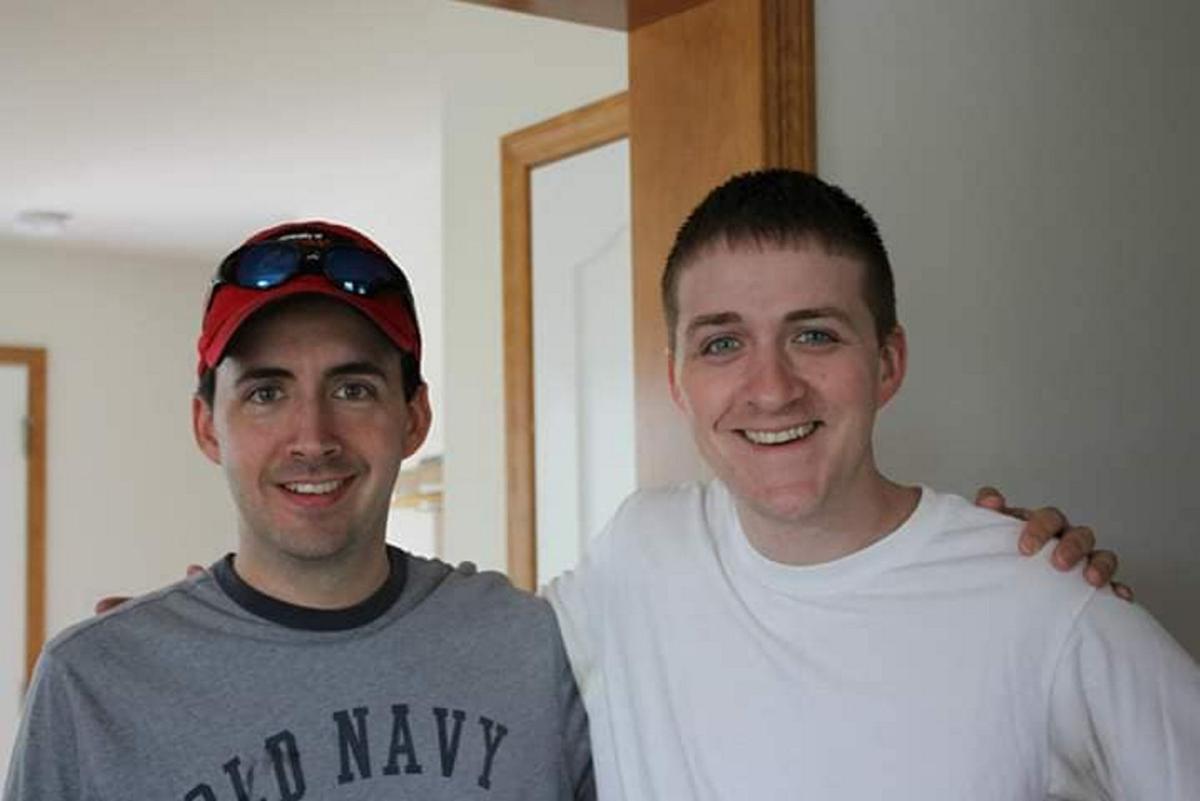 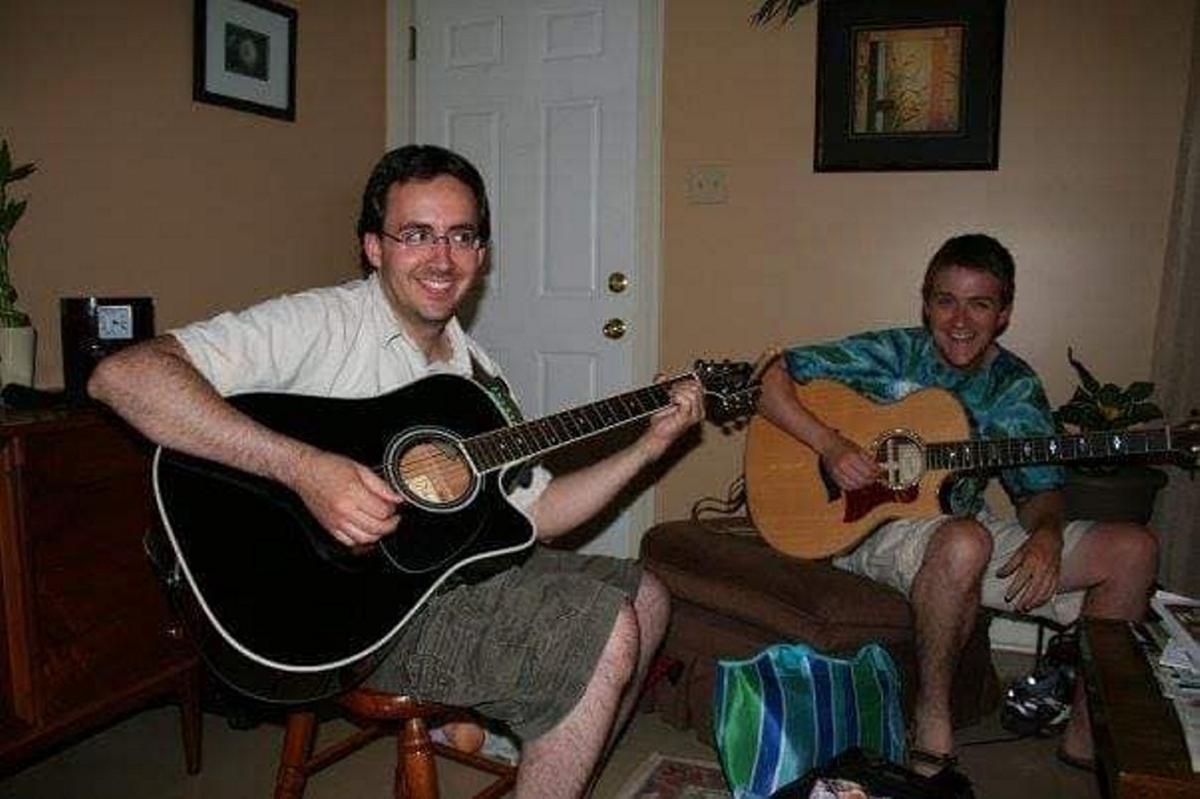 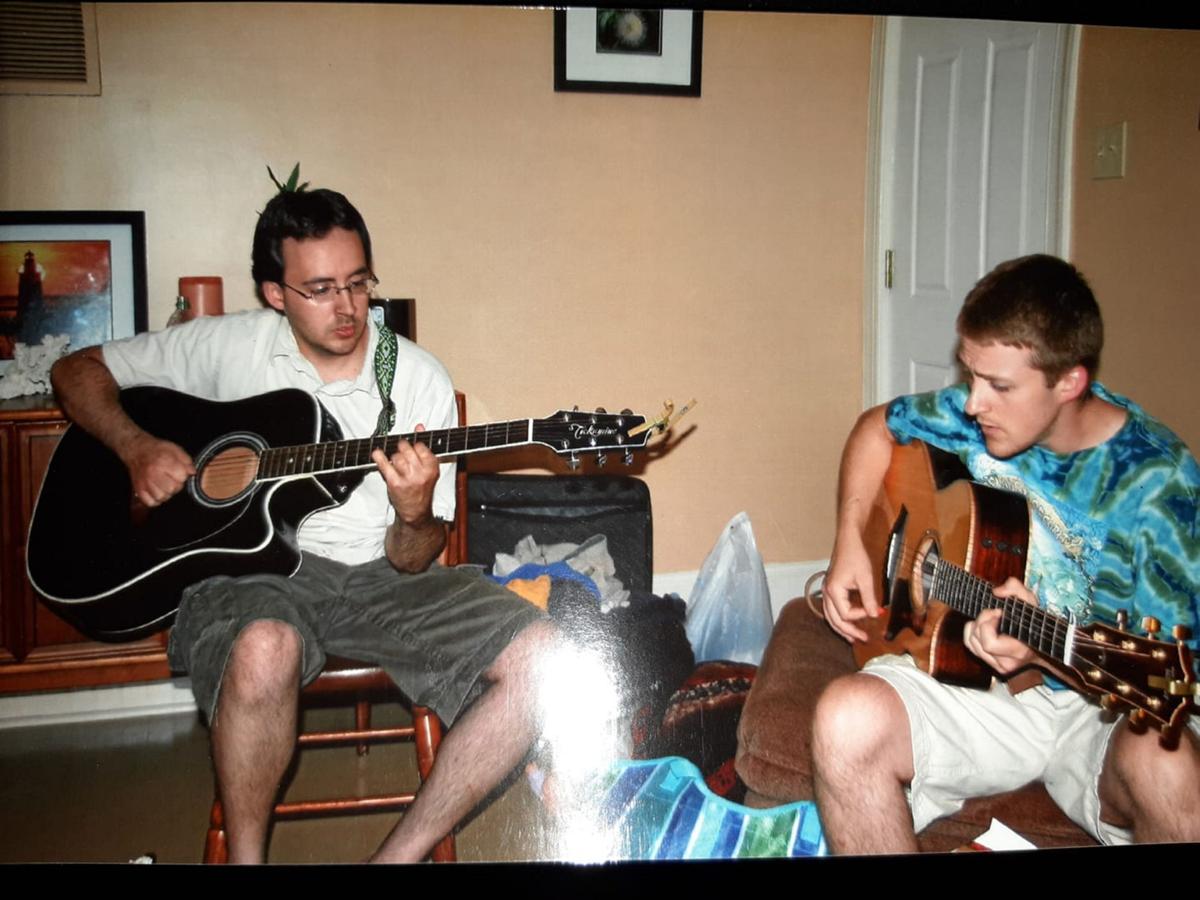 WATERTOWN — Joann Castro has experienced an awakening after realizing how many people her son impacted in his 37 years of life — highlighted by the nearly $15,000 raised for his funeral, the Celebration of Life paid for by the club where he worked and how her dog laid next to him after he fell from a flight of stairs on Monday.

Ms. Castro is sitting in her own home on Friday with her dog, Finn, cuddled up next to her. “Oh I forgot about them,” she says before ignoring a few calls.

Her life hasn’t slowed down even after a senseless and random tragedy flipped it upside down. Her son, Mark Wearne — the guitarist, the “bartender psychologist,” and the little brother with the blue eyes and beautiful smile — was found dead outside his home on Franklin Street on Monday.

She looks at Finn again and comments on his energy, or how he’s able to turn it off and lounge next to her at any moment. Ms. Castro rescued him from a pound a year ago. She had recently moved back to Watertown after being away for 20 years, so she wanted a companion, and Finn the Cockapoo was exactly what she was after.

“He has helped me a lot,” Ms. Castro said. “He’s different than other dogs.”

Recently Ms. Castro decided she would go see a close friend in Florida. It was the first time she had traveled in a while, and she didn’t know what to do with Finn. She knew Mark loved dogs, but his busy lifestyle never really allowed for one.

“So I asked him if he could take care of Finn,” she said. “And he said, ‘Yeah that would be kind of nice, you know, to give me a buddy for a few days.’”

As Ms. Castro recalls — police would later confirm based on the evidence — Mark was out seeing friends on Super Bowl Sunday while she was away. He stopped at the Paddock Club, where he was a bartender for around five years. Then he went to the 1869 Tavern on State Street before going to the store for a bag of groceries and then walking home.

He walked up the flight of stairs that Ms. Castro said she was always worried about, and would tell him to be careful on especially when it was icy. He then got home to a waiting Finn and let him outside.

It was around 3 a.m. when he turned to go back down. Mark fell down the flight of stairs, hit his head and then landed on the ground, evidence shows.

As hours went by, Finn stayed outside near Mark as he was unconscious. Evidence showed Finn laid next time him for a period of time.

Later Monday morning, a man would later tell police that, as he was getting into his truck in a parking lot next to Mark’s home, a dog, which was Finn, started barking at him and running back and forth toward the direction of where Mark was laying on the sidewalk. Detective Lt. Joseph Donoghue Sr. confirmed to the times that this is what the evidenced showed.

“Finn tried to ... ‘Yeah you. You. Yeah,’” Ms. Castro said as she petted Finn. “We know Finn was with him. And the fact that he just so amazingly went to get help and stayed with Mark for part of the time, I can’t hold it against him. He’s an innocent animal and he’s a special dog.”

How Ms. Castro was notified was a little different. At some point, Finn was running around in a neighbor’s backyard. The neighbor approached Finn and noticed the dog tag with Ms. Castro’s information, so she called when she was in Florida.

Ms. Castro immediately started calling and texting Mark over and over. There was no response, so she asked her daughter to go check on him.

“When she got there, the police were there,” Ms. Castro said. “And that’s how she found out.”

A medical examiner later ruled Mark’s cause of death was a skull fracture due to blunt force trauma. Police found no evidence of foul play. Mark was found with his wallet and the bag of groceries.

Now Ms. Castro is left with arranging her son’s funeral. She wanted to do a Celebration of Life, but of course they hadn’t prepared for something like this to happen.

“He didn’t have life insurance,” she said. “We didn’t expect something like this to happen.”

Ms. Castro lives alone in Watertown, but she quickly realized she wasn’t alone in this process. She had her family and friends. Robert Dalton, owner of the Paddock Club, said he would host and pay for a Celebration of Life. It’s scheduled from 3 p.m. to 6 p.m. Monday at the Paddock Club.

And then one of the crew members at the Paddock decided to start a GoFundMe page to raise money for Mark’s funeral. It took fewer than two days to raise the page’s goal of $9,000. As of Saturday evening, it had raised nearly $11,300.

“It’s been unbelievable,” Ms. Castro said. “We are just so overwhelmed. We did not realize how Mark impacted his world.”

The Paddock also put a box outside its club for people to donate in person.

“There’s no words when it comes down to it,” Mr. Dalton said. “We can’t bring him back, but the outpouring of love from the community and all his friends is what’s important. Everybody comes together in times like these.”

Mark was part of a family at the Paddock, and when Mr. Dalton had to tell his crew he had died, he said they couldn’t believe it.

“This hasn’t been good on the staff,” Mr. Dalton said. “The crew is very emotional, but we’ve got to try to move on and keep working.”

Mr. Dalton praised Ms. Castro’s decision to take the leftover money they raised and create a music scholarship, which Mark’s world revolved around, she said.

“We were all close,” Mr. Dalton said. “It’s the least we can do. This is just horrible and we’re still trying to wrap our head around it.”

Ms. Castro remembers her son growing up as a feisty kid who loved to learn. He didn’t like doing it in a structured classroom, rather by watching TV, reading books or studying music on his own. She said he had a busy brain and a busy body growing up, which perhaps is why he channeled it into the pace of bartending.

“Bartending was his niche because he was zooming around,” Ms. Castro said. “I think it just helped him be able to not get bored. He liked the action and the interaction.”

And Mark wanted to be just like his older brother, Dan. They often played guitar together after Ms. Castro taught Mark his first few chords.

“He wanted to be with his brother and sister and do what they did,” Ms. Castro said. “That’s just how Mark was.”

Dan described an unbreakable bond with his brother. It didn’t matter how far they were from each other, or how long it had been since they had last been together, the moment they saw each other again nothing had changed. In a second they were back. Mark was his best man at his wedding and they loved talking music. They shared the same taste in humor and they could always keep laughing until 2 in the morning.

Mark was fairly private, too, his mother said. Mark exhausted every social fiber in his body listening to customers at the bar, and he loved it. Then he went home, where he played his guitar, listened to underground artists and watched movies.

“The Paddock was the place where I think he found his socialization and where he found some meaning to what he could do,” Ms. Castro said. “And then when he was home, I think it was his place to recharge.”

Ms. Castro gets up off the couch and looks at Mark’s high school senior photo, or him when he was a kid.

Later that day, Ms. Castro was scheduled to see a priest about Mark’s services. She thought of what she might say if asked about what she’s going to remember most about her son.

“The exuberance and the beautiful smile and blue eyes, as a child and as a man,” she said. “He was just so precious and so full of life.”