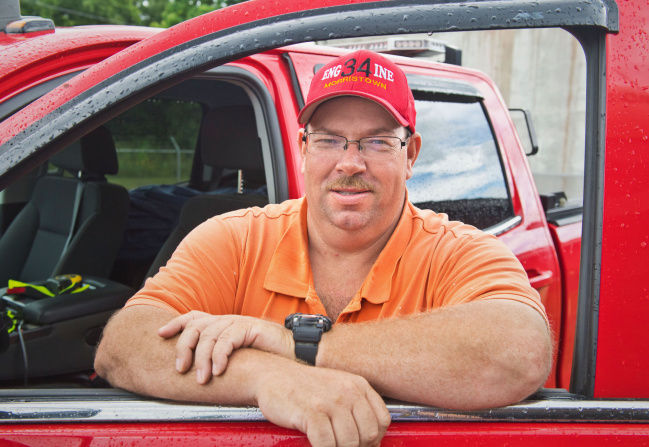 Kevin Crosby was the longest serving chief in the history of the Morristown Volunteer Fire Department. Christopher Lenney/Watertown Daily Times 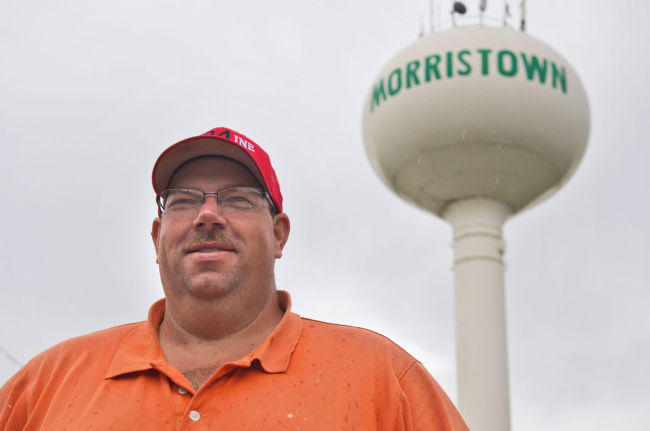 Affectionately known as “Mr. Morristown” for all his service to the community, Kevin Crosby has recently taken a new job in Alexandra Bay. Christopher Lenney/Watertown Daily Times

Kevin Crosby was the longest serving chief in the history of the Morristown Volunteer Fire Department. Christopher Lenney/Watertown Daily Times

Affectionately known as “Mr. Morristown” for all his service to the community, Kevin Crosby has recently taken a new job in Alexandra Bay. Christopher Lenney/Watertown Daily Times

But in the first week of June, Mr. Crosby turned in all those hats for a job in Alexandria Bay, working for the water department, a decision he said he didn’t take lightly.

“It was probably one of the hardest decisions I ever had to make, to leave, but, with everything, sometimes change is good and the village of Alex Bay gave me an offer I couldn’t refuse,” Mr. Crosby said. “I work for the water department now. I have two young kids and it gave me more time to be at home with them.”

Standing beneath the village water tower that announces the town and village name to anyone within the proximity of its view, it’s fitting that the man who has in many ways embodied the quintessential first responder still sings the praises of the place.

“I’ve always loved this place and it was great working here. I love the atmosphere,” he said. “You drive down through and you wave to people and they wave back. Everybody knows ya. I do miss that, but I’ve taken that to Alex Bay but there’s just a lot more people right now there, so you’re waving a lot more.”

Recalling his 15 years as superintendent for the village Department of Public Works, Mr. Crosby said a lot got down for the village which will be dissolving into the town at the end of the year.

There was the building of the pavilion at the fire hall, which is used frequently, including being turned into an ice skating rink in the winter. They received grant funding to purchase ice skates to loan to those without them. The sewer plant has been expanded and, most recently, coming to the near completion of a bypass road around the bay, connecting Bay and Main streets.

“We’re being proactive. Obviously the village isn’t going to be here much longer but eventually the county is going to close the bridge going across the bay and that road will be in,“ he said, “So instead of driving 9.3 miles around to get to the other side, you’ll just drive through that bypass road that we put in. That’s almost done and that will be a great help and the town has been helping us on that.”

And while Mr. Crosby won’t be doing all the jobs he once did, he will still have a few irons in the fire there. He is still a volunteer with the department, as he has been for the past 28 years and will still volunteer with the rescue squad, but all these things would likely take place after he returns home from his day job after about 3:30 p.m.

“I’m still one of the St. Lawrence County coroners, so I’m getting less hats and it’s getting nice, I’m telling ya,” he said laughing. “It was nice to have your finger on everything and be really, really into it, but I found that sometimes it’s nice not to be as overly involved in everything as much anymore, because I don’t spend as much time there, my family loves it, so it has its bad points that I left, because I didn’t want to, but it has some good points and everything will be fine, the village of Morristown, the town of Morristown, the Fire Department was here long before Kevin Crosby and it will be here long after I’m gone.”