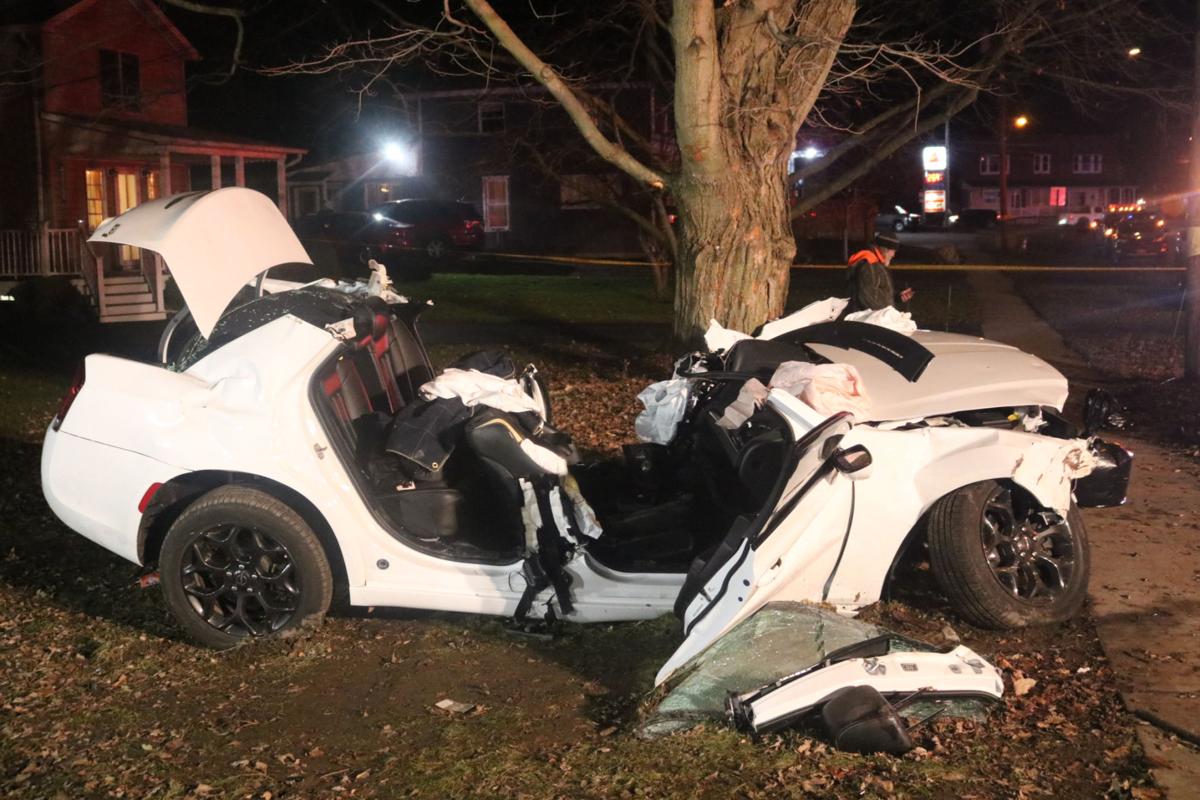 Three people were in the vehicle that crashed Monday afternoon. The driver was dead at the scene. Brian Quinn/Daily News 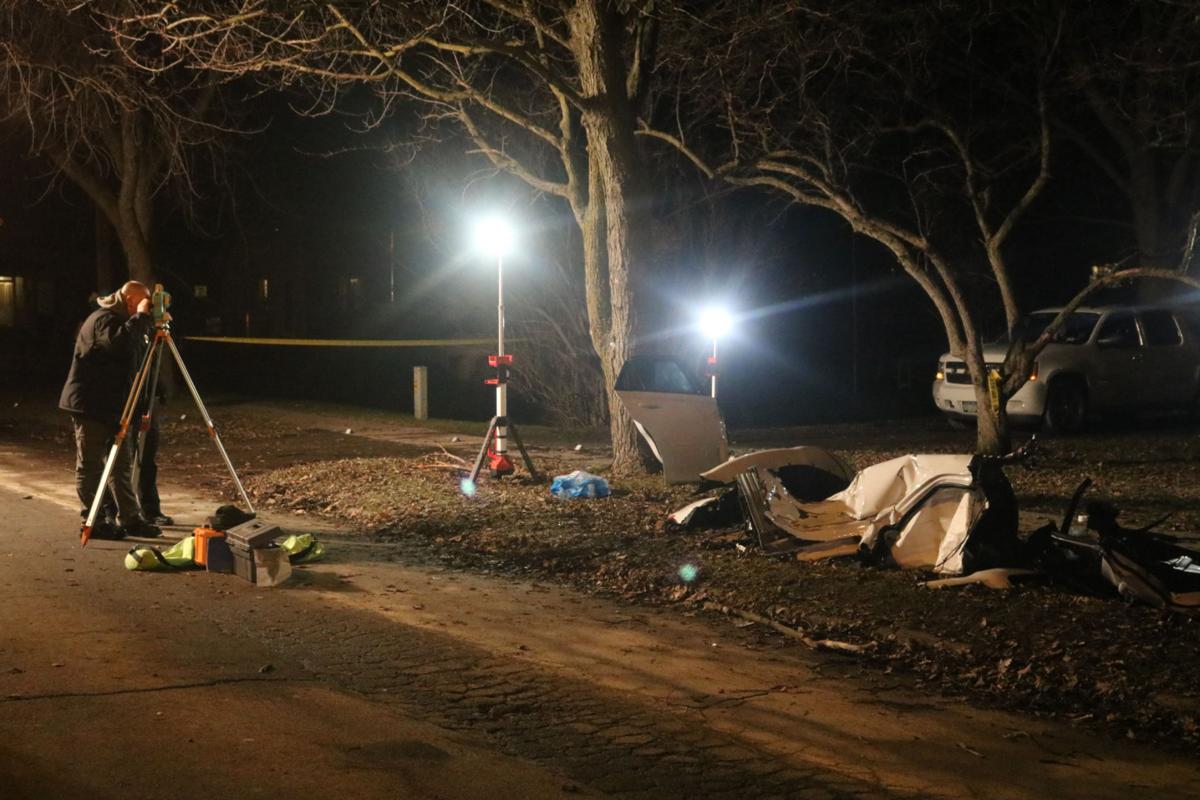 Three people were in the vehicle that crashed Monday afternoon. The driver was dead at the scene. Brian Quinn/Daily News

ALEXANDER — A chase that began in Wyoming County ended with a fatality on Main Street in the Genesee County village of Alexander when a vehicle crashed into a tree, killing the driver.

Brian Frieday, Genesee County Sheriff’s Office chief deputy of the road patrol division, said the incident began as a traffic stop in the village of Warsaw.

“A Warsaw officer initiated the traffic stop. Before he got up to that vehicle, the vehicle took off on him ...” Frieday said at the crash scene.

Warsaw Chief Peter Hoffmeister said one of his officers stopped a white car that was going 50 in a 30 mph zone on East Hill coming into the village. The car stopped right in front of police headquarters and just as the officer was getting out of his patrol car, the driver took off at a high speed on Route 20A.

The officer followed him, but lost sight of the car. A citizen told the officer the car was heading toward Varysburg. Another citizen said he or she last saw the car turning north onto Route 98.

That’s when the officer called off the pursuit and contacted other agencies to be on the lookout for the car.

Frieday said an Attica police officer was on Route 98 near Route 354 in Attica.

“(The officer) saw that vehicle or a similar vehicle, tried to initiate the traffic stop,” he said. “Again, the suspect vehicle did not pull over for him and continue northbound on Route 98 into Genesee County in the village of Alexander.

“There is one deceased. There are two additional victims. It was two males and one female who were in the vehicle,” the chief deputy said.

The Genesee County Sheriff’s Office said one passenger was flown by Mercy Flight to Erie County Medical Center in Buffalo and the other to Strong Memorial Hospital in Rochester. They each reportedly suffered life-threatening injuries. No further information about the three people in the vehicle was available Monday night.

“We’re actively looking into why they would have ran from the two different officers that were involved,” Frieday said. “ We’ll have investigators going up to the hospitals to try to speak to the other victims, try to piece together things at the scene and what we might find with the car and with other witnesses that were around here.”