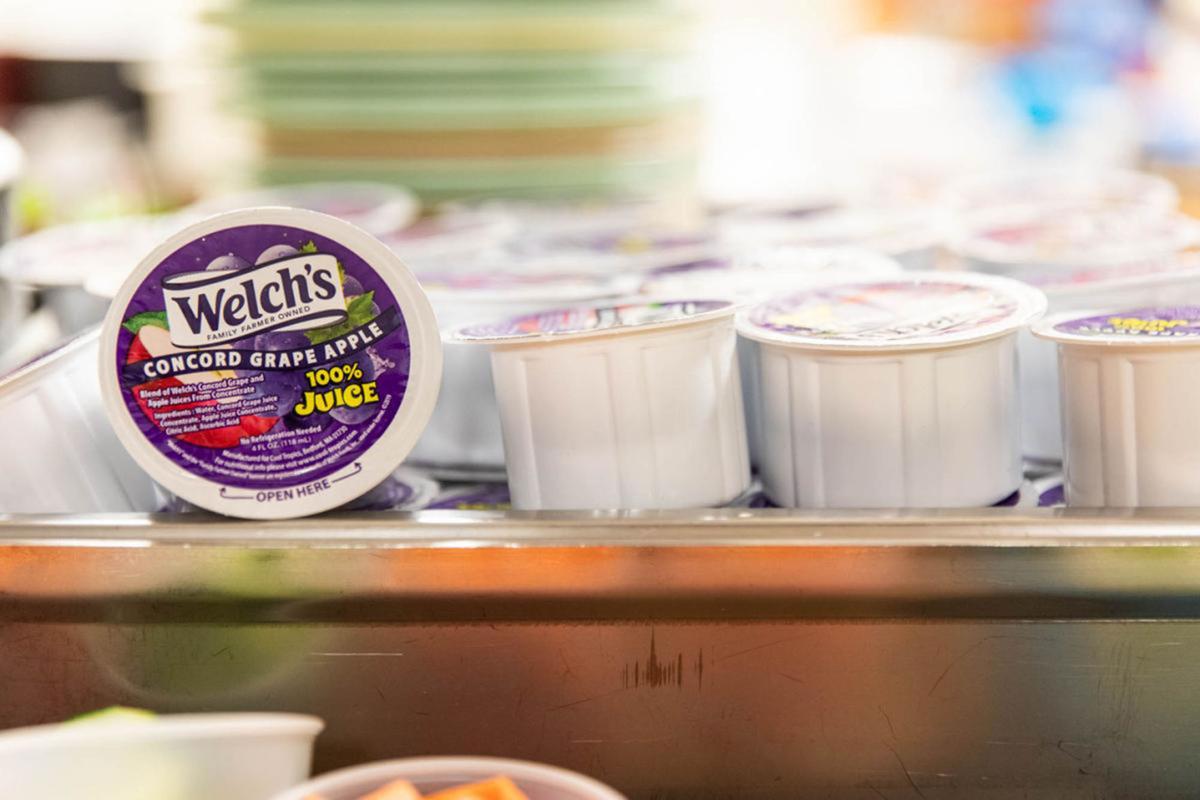 Grape juice made with Concord grapes grown in New York state is one of the many local products that qualify for the farm-to-table program served in the Lowville Free Academy and Central School cafeteria. Sydney Schaeffer/Watertown Daily Times 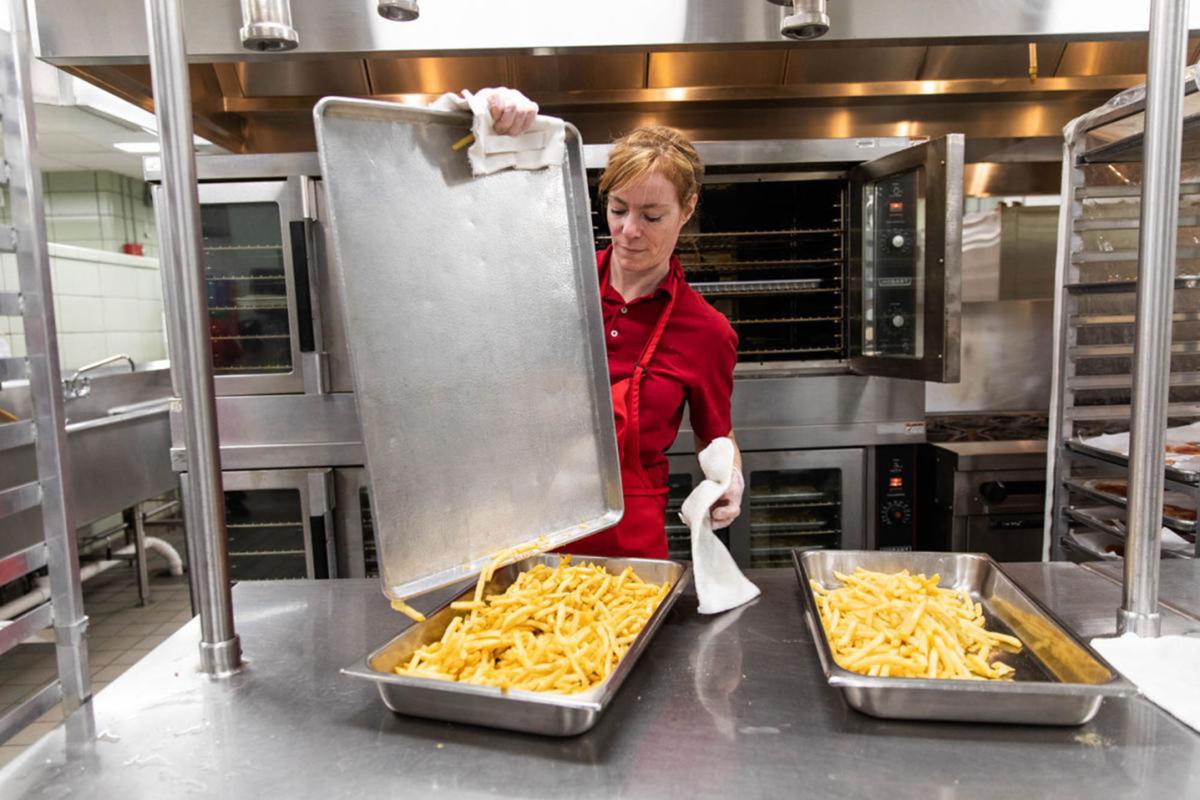 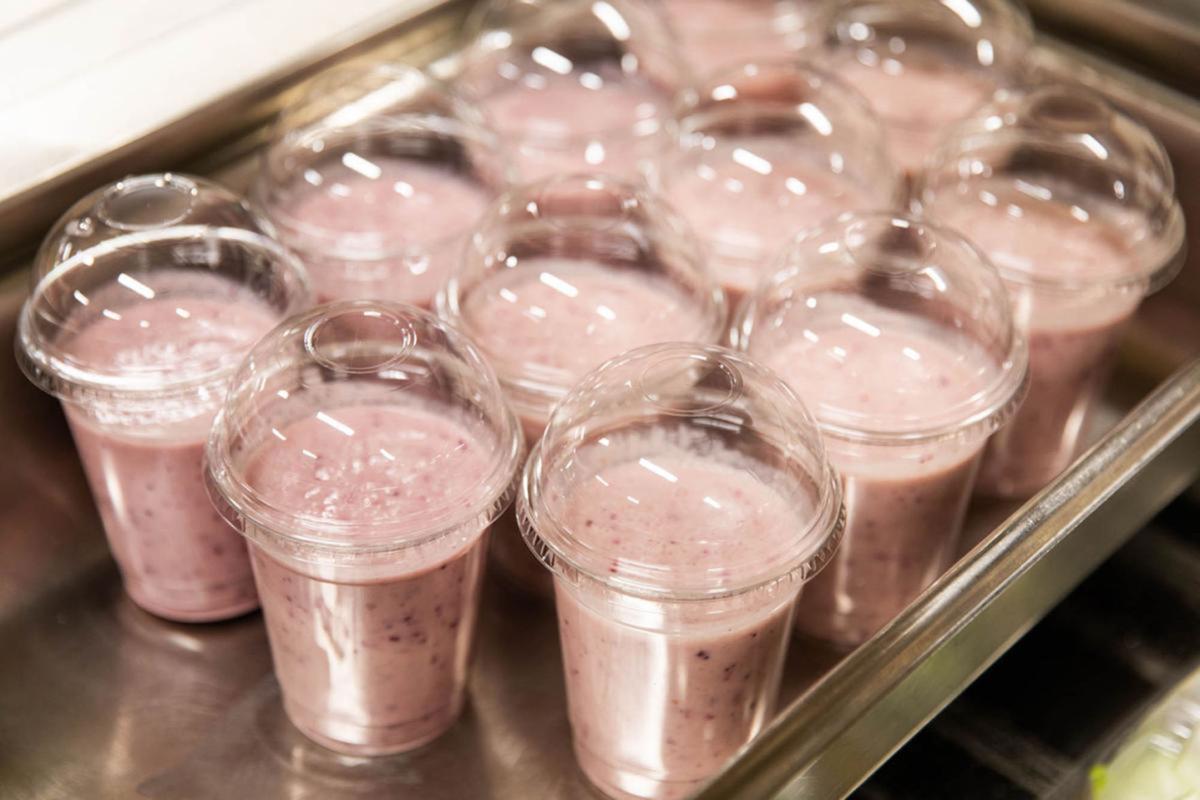 Grape juice made with Concord grapes grown in New York state is one of the many local products that qualify for the farm-to-table program served in the Lowville Free Academy and Central School cafeteria. Sydney Schaeffer/Watertown Daily Times

LOWVILLE — Thousands in state funding may make it more common to find locally farmed and made products in Lewis and St. Lawrence County schools.

Gov. Andrew Cuomo’s office announced the winners of Farm-to-School Program grants in a news release last week that included about $100,000 each for the Cornell Cooperative Extension in Lewis County and St. Lawrence-Lewis BOCES in St. Lawrence County and some Lewis County schools.

The Lewis County grant is targeted to be used for a coordinator to help connect all of the aspects of the program, making participation for schools more streamlined, said Michele E. Ledoux, the extension’s executive director.

For example, if schools are interested in serving locally grown carrots, the coordinator could put schools in contact with farmers. Likewise, processing opportunities for those items can also be linked between entrepreneurs or existing businesses, farms and schools.

“The idea is to make connections between what is out there, what schools need and how schools can access it,” Mrs. Ledoux said. “There are definitely farmers interested who would like to be involved and are excited. They just want to know what needs to be grown.”

Although the Farm-to-School program is in its fledgling stage in the county, it has been embraced by one school district in Lewis County already: Lowville Free Academy, spearheaded by Stephen Fuller.

Mr. Fuller said he worked with the Cooperative Extension as well as James Munn of Black River Valley Dairy, Lyons Falls, to apply for the grant, and now they are moving forward to create the coordinator position by working with schools, farmers through the Agriculture Sustainability Council and producers to find out what is needed.

“With this position we’ll try to pool all of the information we have and share it. I called all of my colleagues at other schools and sent out a survey to find out what they’re currently using in New York state products,” Mr. Fuller said.

He has been working on including as many products made in the state as possible for a number of months, the closer to Lewis County the better, and understands that it’s a lot of extra work to embrace the farm-to-school movement. Ultimately, he said, it benefits the farmers, the community and most importantly, the students.

“I feel a strong county farm-to-institution program benefits everyone and would make the whole region stronger,” he said.

According to the state news release, the Lewis County Extension grant is anticipated to benefit about 3,957 students in five schools as the new coordinator connects “the 3 C’s of Farm-to-School: the cafeteria, the classroom, and the community.”

St. Lawrence-Lewis BOCES put its first grant from 2018 of about $80,000 to use in a program by partnering with the St. Lawrence County Cooperative Extension and The Big Spoon, a Potsdam-based family-owned business serving farm-to-table meals.

The Spoon also does the minimal processing needed by schools to make using fresh fruits and vegetables possible, like peeling and cutting.

“The [program] in St. Lawrence County is wonderful and it runs really smoothly,” said food services director for the Copenhagen Central School District through BOCES, Nicole Grandjean. “I’m curious to see what will come of it in Lewis County.”

Ms. Grandjean said for her, as for many other schools, the challenge with the program isn’t just finding the produce, it’s a matter of processing.

While Mr. Fuller agreed, he said there are many ways to balance issues and make incremental changes to incorporate fresh produce in meals and, like with The Big Spoon, find outlets for minimal processing. The next step is to find creative ways to bring all of the pieces together, he said.

The goal of the Farm-to-School Program initiated through the state Department of Agriculture and Markets is to provide more locally grown and made food in schools as well as to increase the options available from local farms.

Schools that are able to incorporate 30 percent of a meal with locally grown or made items can earn higher levels of reimbursement for meals by the state.

“This is a win-win that provides students with nutritious meals while also strengthening New York farms,” Gov. Cuomo said. “I’m proud to see the growth of this initiative that will also help encourage healthy habits in every corner of this great state.”

In total, 16 farm-to-school projects were awarded $1.5 million in this fifth round of funding, potentially benefitting 120,000 students in 144 school districts around the state, according to the news release.