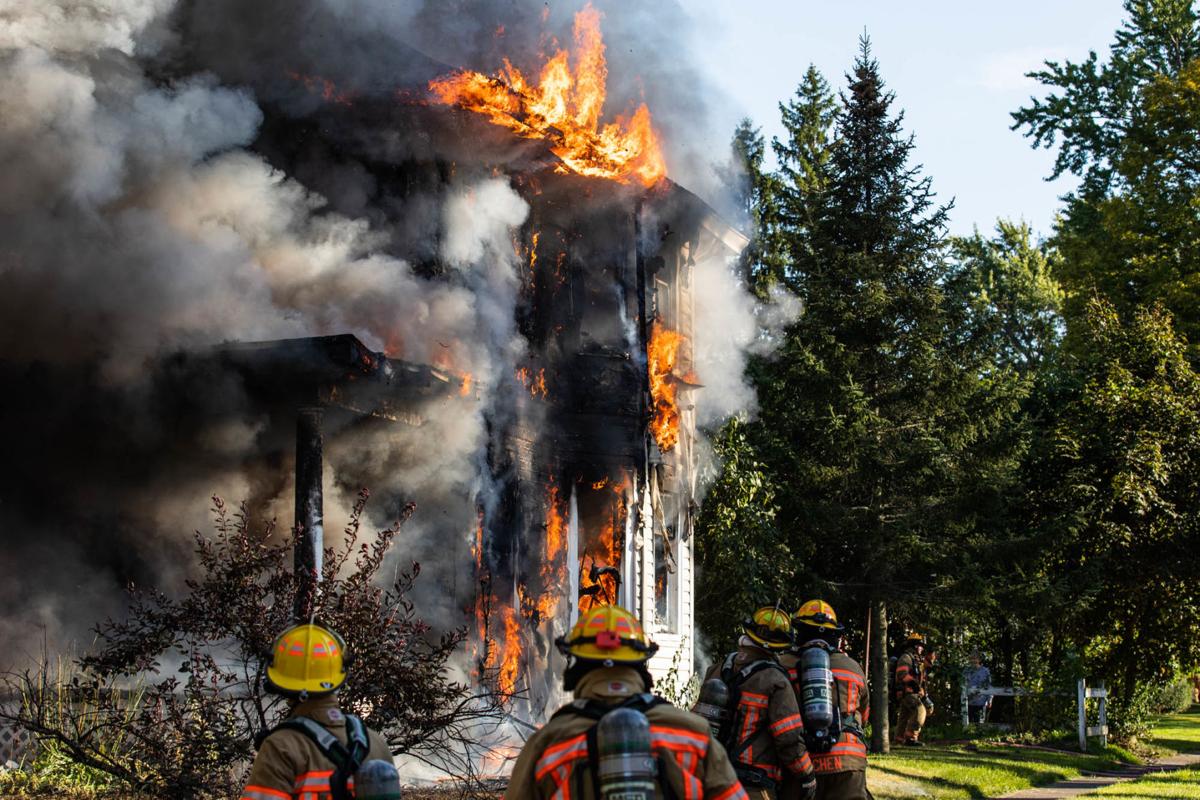 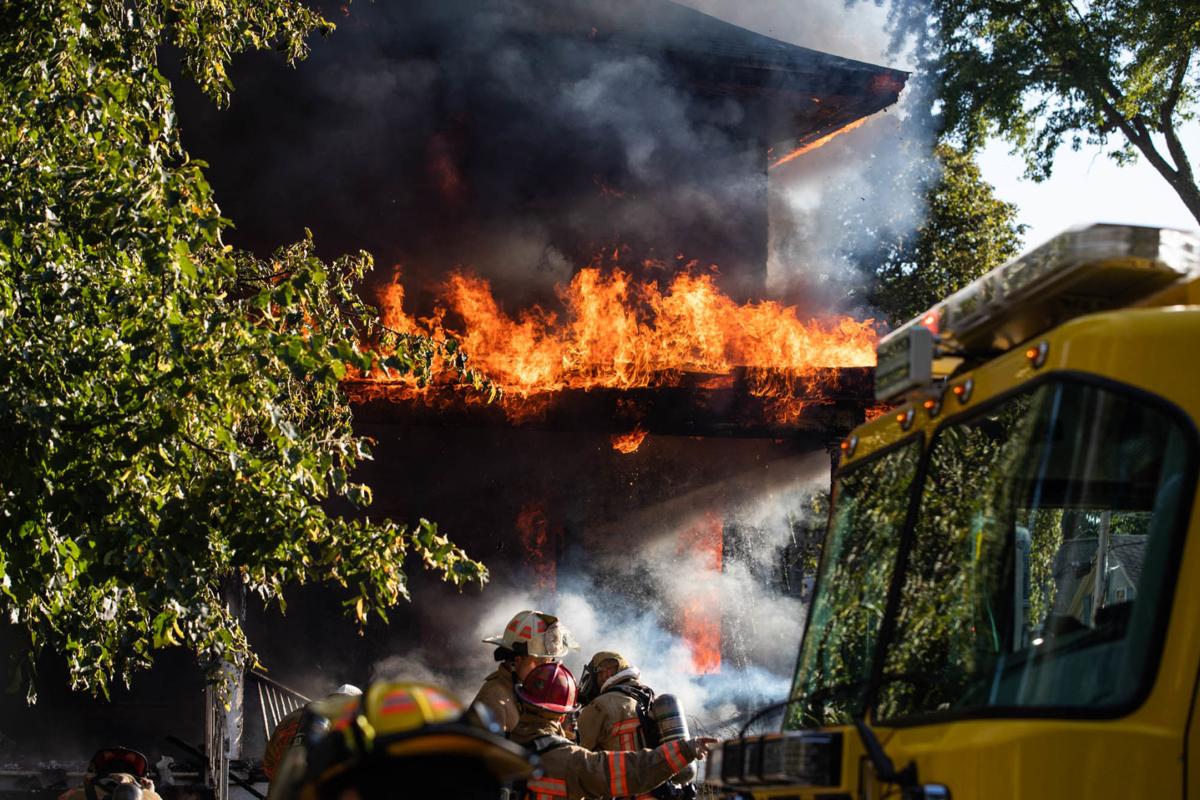 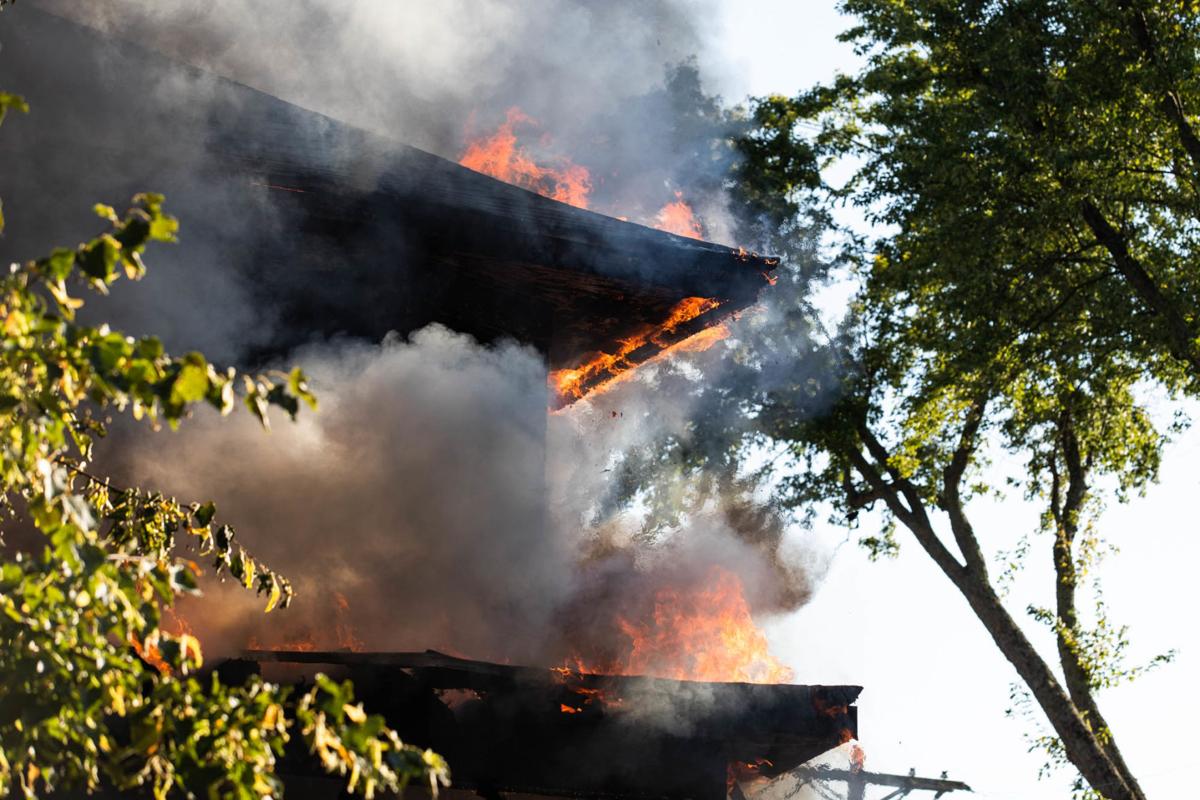 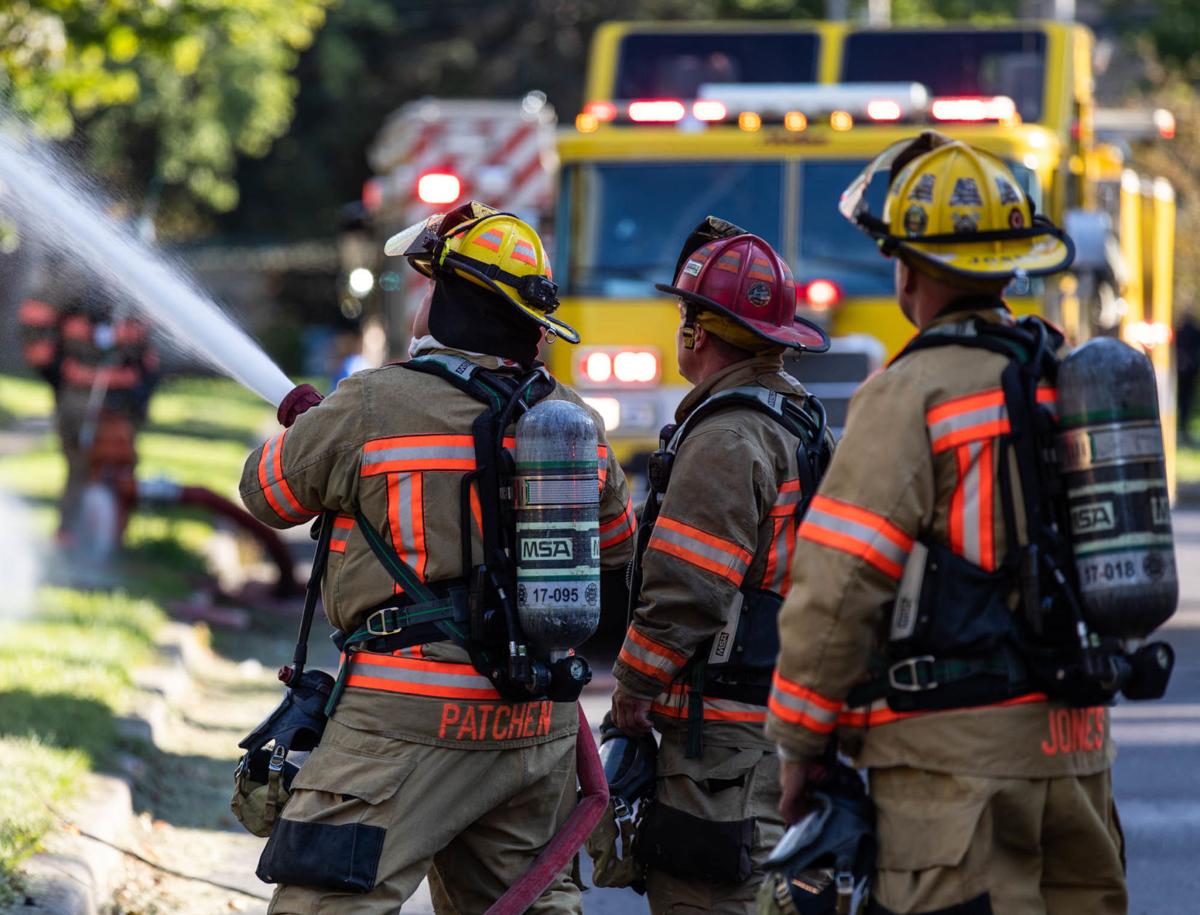 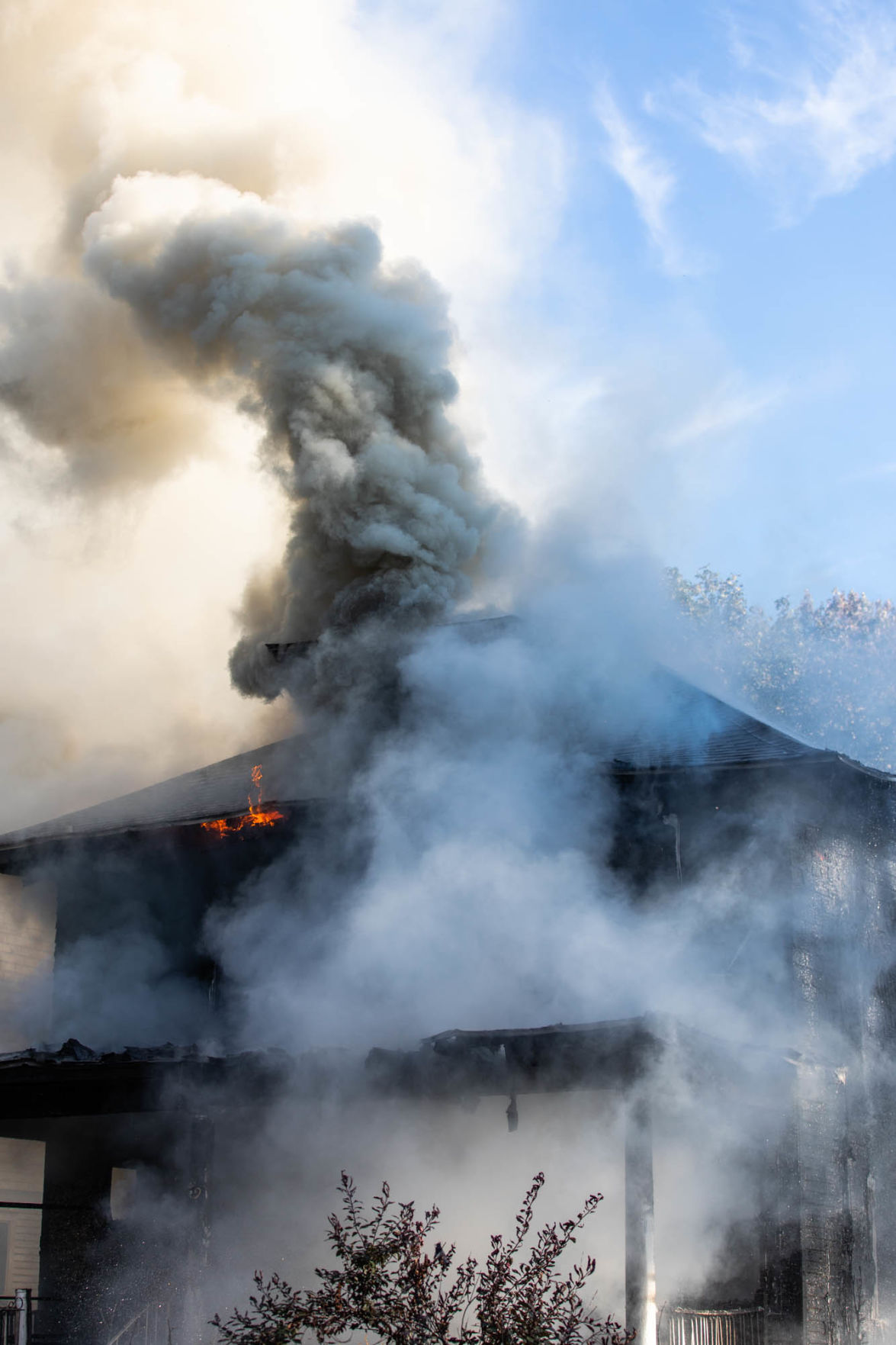 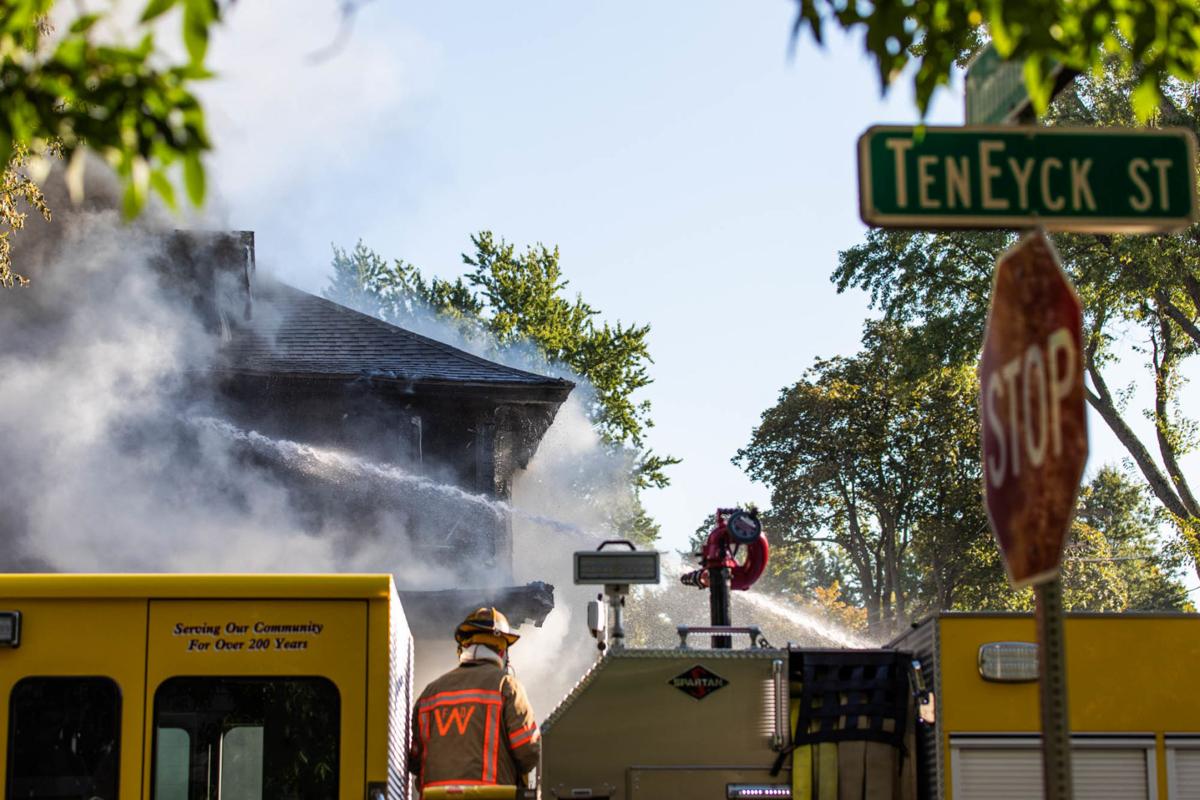 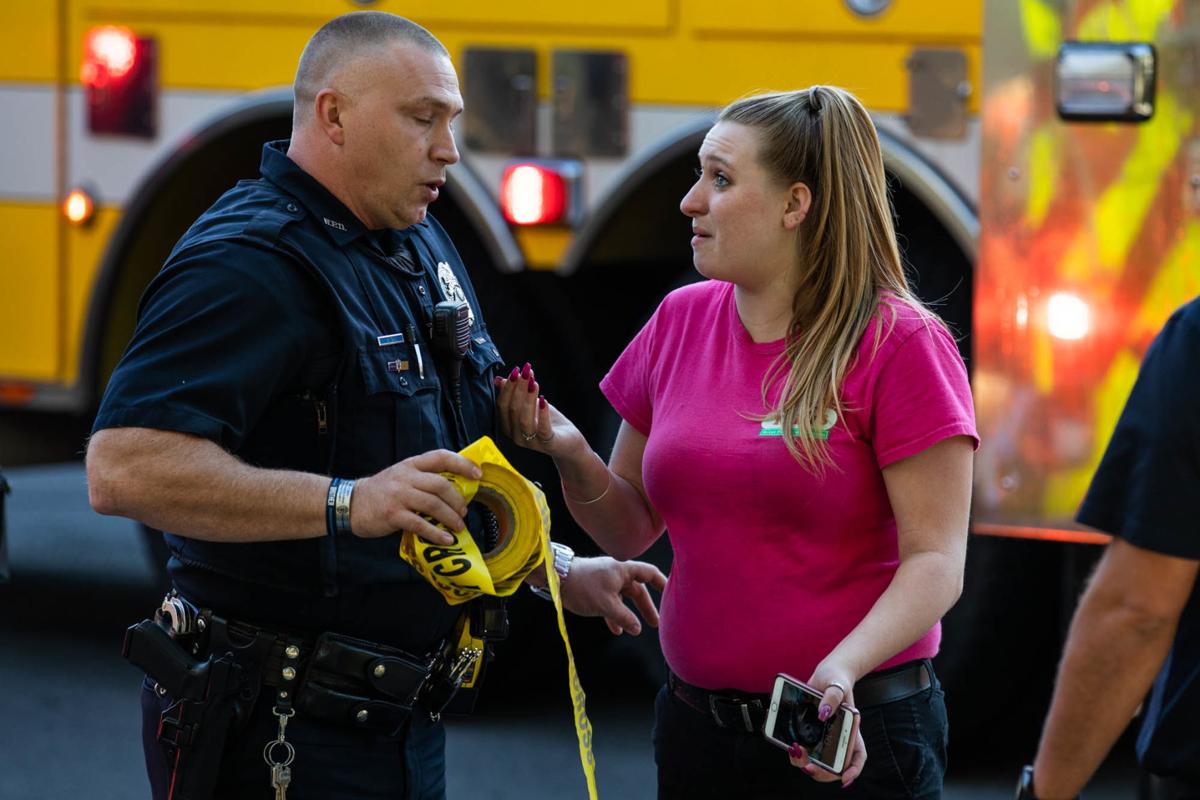 A woman talks with Watertown police outside the home at 339 Ten Eyck St., Watertown on Friday afternoon as the house burns. Sydney Schaefer/Watertown Daily Times 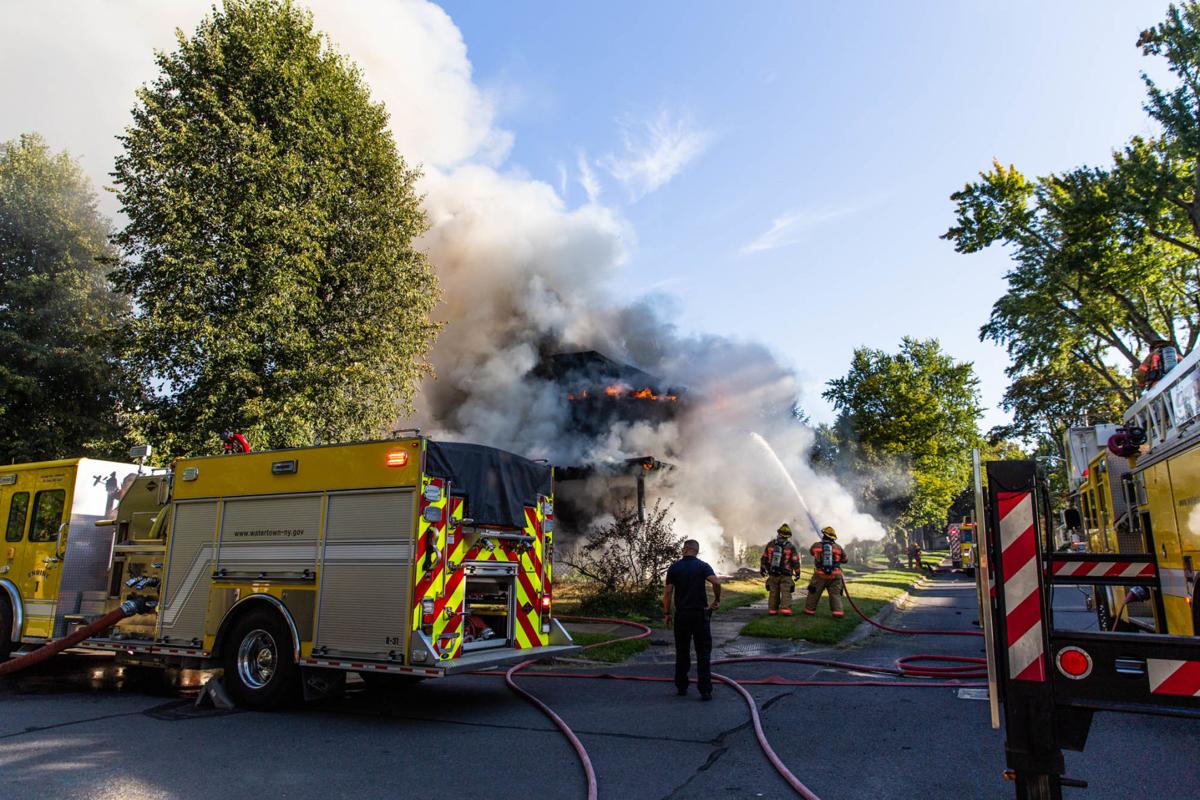 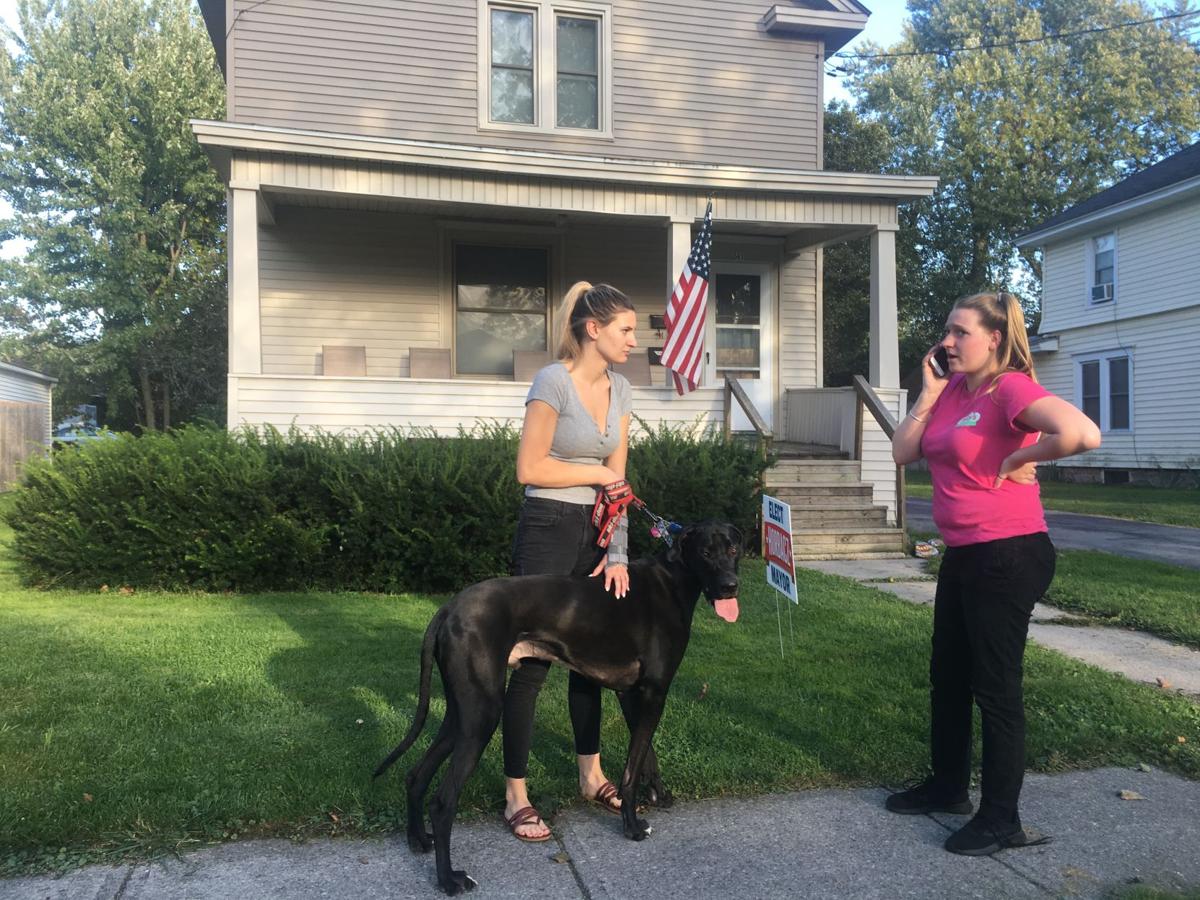 A dog named Finnegan, pictured above, escaped the blaze, according to firefighters. Craig Fox/Watertown Daily Times

A woman talks with Watertown police outside the home at 339 Ten Eyck St., Watertown on Friday afternoon as the house burns. Sydney Schaefer/Watertown Daily Times

WATERTOWN — Eleanor Love just sat down on the porch of her Dimmick Street home when she looked across the street to see her longtime neighbors’ home was already full of flames inside.

“I see the fire in the window, in the bay window,” Mrs. Love said.

Just as her son was called for help, she tried, without success, to get a hold of the home’s owner.

Fire Chief Dale C. Herman said a cause of the blaze at 339 TenEyck St. was not immediately known. Fire officials will start investigating it as soon as they can.

Flames curled over the roof as firefighters arrived. They saw a column of black smoke — called a header — as they were still arriving to the scene.

It was fortunate that the fire was called in just as the day shift was about to leave and firefighters were coming into work.

“Some of them jumped on the rig” as it was pulling out of the Massey Street station, Chief Herman said.

The house was extensively damaged and may not be salvageable, with the front of the house and its two sides completely charred.

No one was home at the time, but a dog named Finnegan was thought to be inside. Somehow the dog escaped and was seen running around the neighborhood with his owner trying to chase him.

Firefighters were hindered by a downed power line that was sparking on the ground near the road.

They had to drive around the block and come from the other side to get around the wires, which made a loud crackling, and they hooked up to a fire hydrant down the street for water. Eventually, National Grid was on the scene to turn off power.

The house is at the corner of Dimmick and Ten Eyck streets, and the area was blocked off to traffic. A pumper from Fort Drum was called to assist, as area fire departments were brought in for mutual aid.

It was a chaotic scene for Mayor Joseph M. Butler Jr. who lives next door, and another man, who saw flames coming from the two-story single-family home.

Both men ran over to see what they could do. Fearing that someone could be inside, they kicked the door in but were pushed back by the immense heat and flames that were too much for them.

The other man, who didn’t want to give his name, also broke a window near the front of the house with his elbow but could not get anywhere near inside. His girlfriend called 911.

“It was hot, hot, hot,” he said, watching firefighters still trying to control the blaze.

With the flames getting bigger, the mayor became concerned for his own family. The flames — by then, shooting out the windows — came within a few feet of his house, so he yelled for his wife and two daughters to get out and get out fast.

Fortunately, no one was hurt, he said.

“It was a sad day but it could have been worse,” he said, crediting firefighters with doing a good job fighting it.

For decades, Mrs. Love has been a neighbor of the home owners, Richard P. and Maureen Donoghue. Mr. Donoghue is a retired former assistant fire chief.

Mrs. Love looked over at the remains of the charred mess.

Her thoughts then turned to all the years that she and her friends were neighbors.